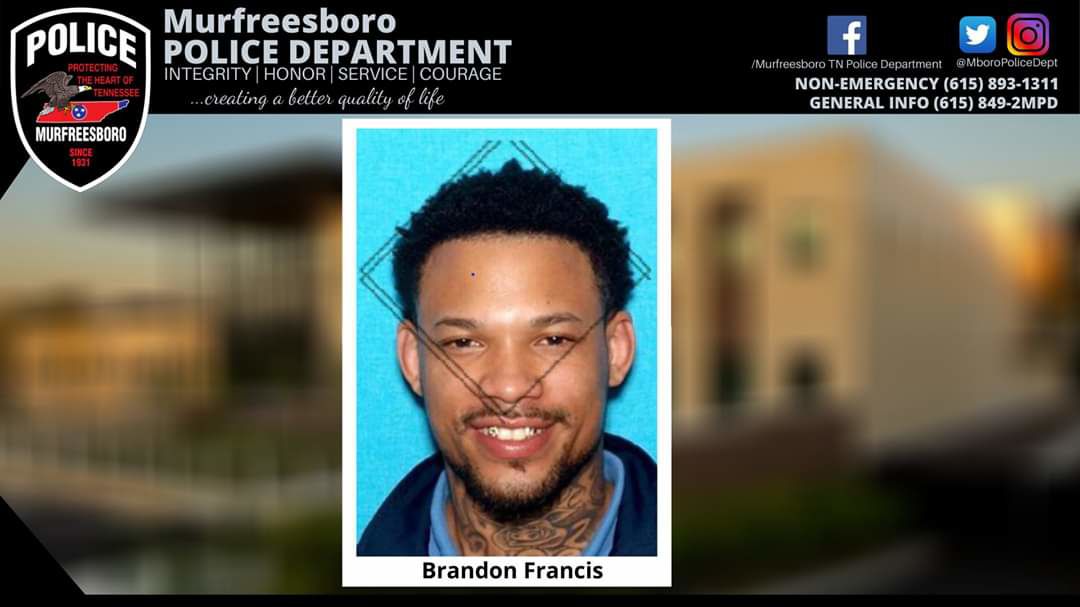 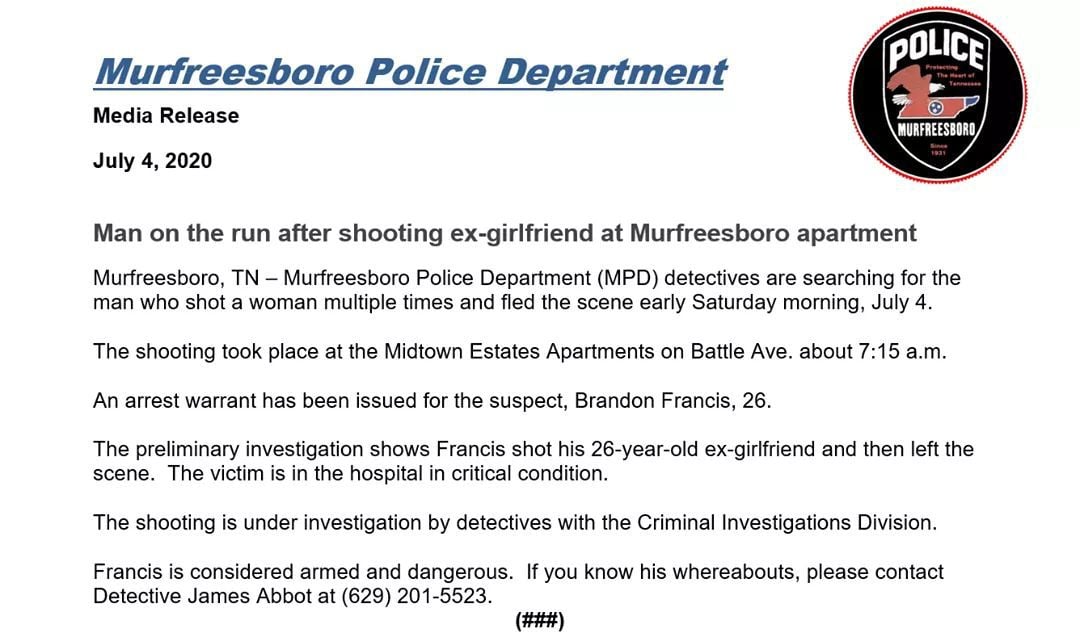 Murfreesboro Police Department detectives are searching for the man who shot a woman multiple times and fled the scene early Saturday morning, July 4.

MPD responded to a report of a shooting at Midtown Estates Apts., Battle Ave., at 7:14 a.m., July 4. One person was shot and taken to hospital. The condition of that person is unknown. Police are actively looking for the shooter. No other details are available at this time. The investigation is ongoing, according to the Murfreesboro Police Department.

Coffee County has a total of 117 confirmed COVID-19 cases

The Coffee County Commission discussed the proposed budget for 2020-2021 on June 23. Coffee …

Dale Clark, 47, of Shelbyville, was sentenced to 20 years in federal prison for Hobbs Act ro…

He never held public office, yet he served the people of Coffee County for over 50 years. He…

Sheriff's office is looking for James Woodard of Tracy City

Grundy County Sheriff's Office is looking for James Woodard, 55, of Tracy City. Woodard has outstanding warrants for violating an order or pro…

It takes a team of writers, advertising professionals, graphic designers and people overseeing the print process and the business operations t…

‘I wish all involved continued success’

The magistrate position for the Coffee County Family Treatment Court and Safe Baby Court has been eliminated; however, the program will contin…

Shocking players and coaches across the state, the TSSAA Board of Control announced that it would be holding off on voting for contingency pla…

Do you agree with the mayor’s decision not to mandate masks in Coffee County?