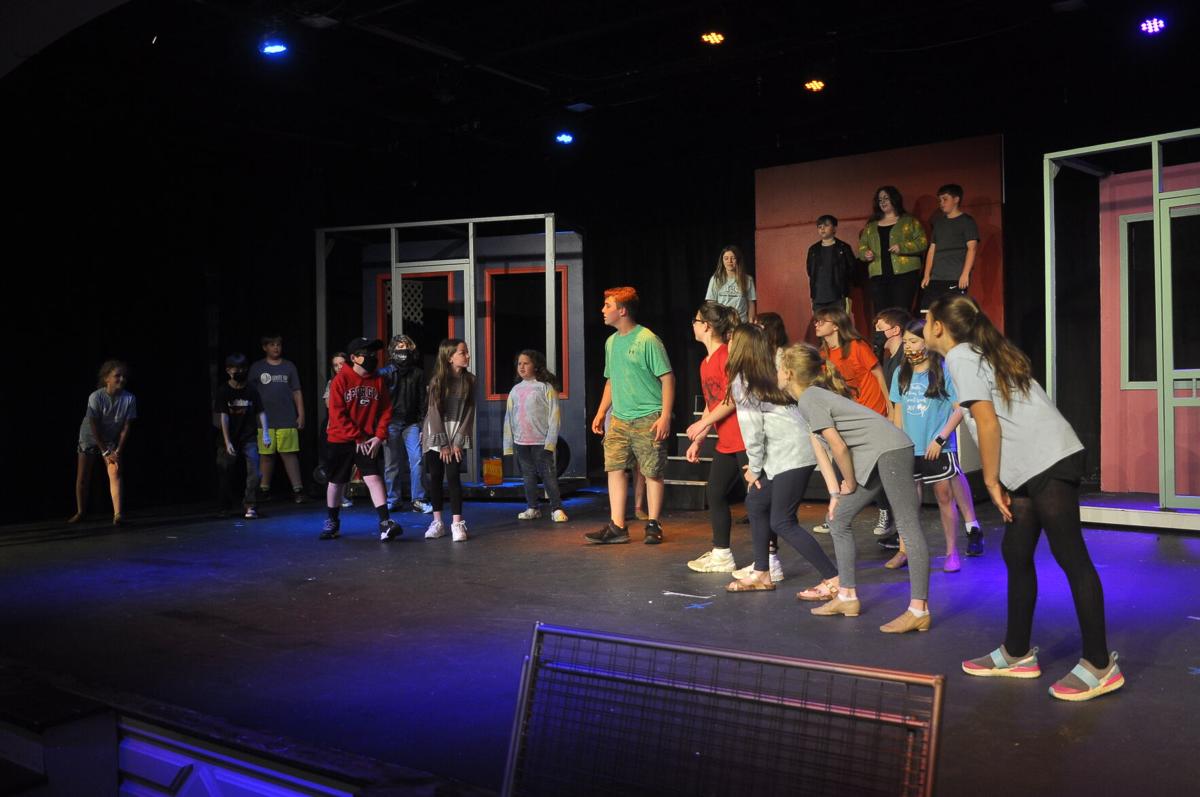 Wee Actors rehearse a song lead by Hayden Watts, who plays a drifter who rides into town and shakes things up in a rip-roaring jukebox musical full of Elvis hits. 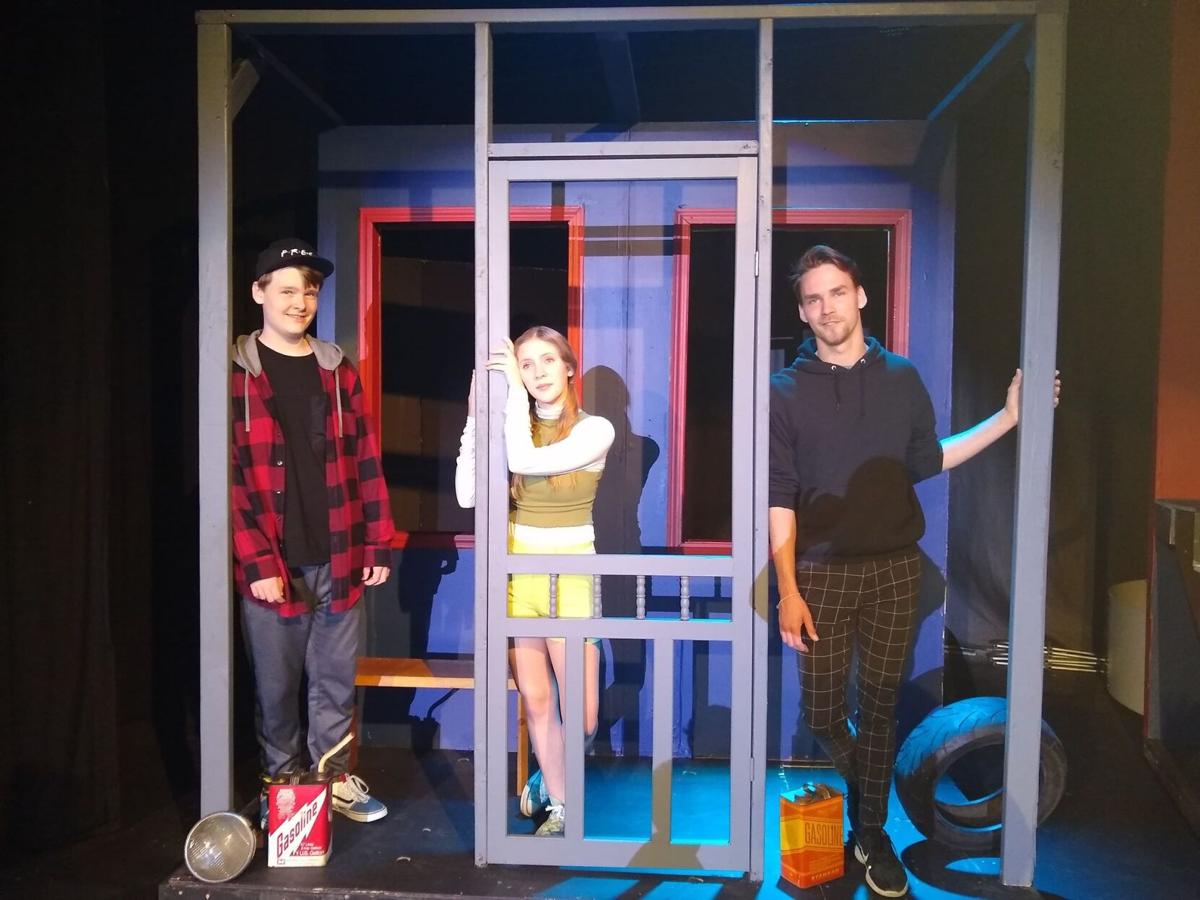 Wee Actors rehearse a song lead by Hayden Watts, who plays a drifter who rides into town and shakes things up in a rip-roaring jukebox musical full of Elvis hits.

Millennium Repertory Company’s Wee Actors Guild and homeschool group’s production of the jukebox musical “All Shook Up” opens this week at the Manchester Arts Center.

At the center of the story, a young drifter, played by Homeschool cast Nik Dunavant and Wee Actors’ Hayden Watts, rolls in a small town, falls in love and shakes things up a bit.

“It’s all Elvis Presley music,” said Director Hope Petty, who herself is a big fan of the King, and was married at the Elvis estate, Graceland.

“You get ‘Jailhouse Rock, we tried to recreate the (age appropriate) iconic dance,  ‘All Shook Up’ and ‘I can’t help Falling in Love,’ ” she said.

The drifter is an Elvis-like character, rides a motorcycle, wears blue suede shoes – the whole deal. To be his buddy, would-be love interest, Natalie (played by Loralei Petty and Wag actor Kayleen Costello) dresses as a boy, but as the story, based loosely on Shakespeare’s “Twelfth Night” progresses  Natalie finds that’s ok, as Petty explained, to not be the girl riding off on the back of a boy’s bike, but to ride off on her own bike.

“After a year of COVID, I thought it might be fun for the kids to go back to the 1950s, be able to sing a little bit of rock and roll and have a really good time,” Petty said.

Petty said that the show has introduced a lot of the kids to Elvis.

“I was shocked that they didn’t know who Elvis was. They now know.”

The show is sponsored by Ultimate Health, owned by Brad and Melissa Schapiro. Petty said that sponsorships help offset the costs of production rights and set production, which is especially helpful sense the pandemic and ticket sales are cut to half capacity.

Melissa Schapiro said that the theater has been a blessing for her son, Jackson, who plays Dennis in the show.

“This is his happy place. He found his tribe here and we are grateful to support it in any way we can,” she said. “What they do for this community, there’s no price tag you can put on that.”

“There is so much talent here,” Schapiro said. “And now they have a new appreciation for Elvis and what he did for the music industry.”

A teacher appreciation night and homeschool at 7 p.m. on Tuesday, May, 18 will be both

The show opens May 14 and runs through May 23. Shows are Friday and Saturday night shows are at 7:30 p.m. and matinees are at 2 p.m. on Saturday and Sunday. Tickets are $5-12 at Millenniumrep.org.