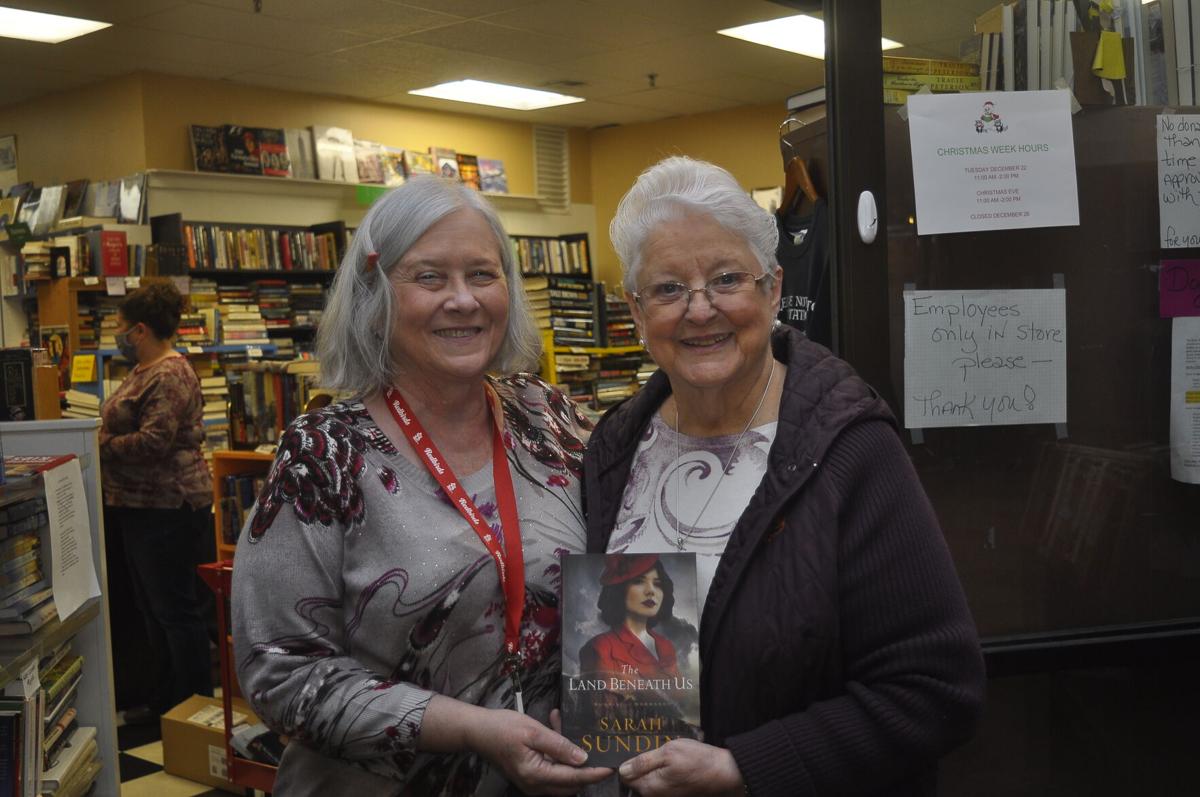 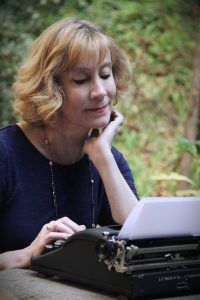 The Book Shelf, a nonprofit used book store in Tullahoma’s Northgate Mall is selling copies of a historical novel “The Land Beneath Us” by Sarah Sundin that’s set in  1940s Camp Forrest.

Book Shelf spokesperson Dot Watson, a native of Tullahoma who remembers the days when Army inductee would arrive in Tullahoma by train, attests to the historical accuracy of the novel.

“I really enjoyed reading it because I was here during WWII as a child,” Watson said. “There was so much activity here in Tullahoma. We lived right across the street at train station. We saw the troops coming and going. It was not unusual for us to wake to find a soldier asleep in our swing in the front yard in the morning.

“It really depicts Tullahoma was during WWII — how warm the people were to the wives and girlfriends who came,” she said, noting how the characters strolled the downtown shops and even stopped in at Couch’s, the shop Watson’s family ran.

“It makes you feel like you’re right there. I think it’s a really good book.   It’ll really spark a lot of memories.”

Watson said that the book is a fast seller.

“We ordered 100 copies, but they are really selling fast. We got them on Christmas Eve. We sold three that day and sold five today (Dec. 29),” she said.

Watson said that the store only purchases select items to sell, the rest are donated. Camp Forrest books by Dr. Elizabeth Taylor are the other two titles purchased.

Watson said that the author came to Tullahoma while doing research for the novel. This is the third in the series ‘Sunrise at Normandy,’ about three estranged brothers from Texas, each serving in a different branch .

Sundin said that the first time she visited Normandy, “I was fascinated by the story of the Rangers climbing the steep cliffs at Pointe du Hoc on D-day, so I decided to use that as the setting for the third brother.”

She explained that the US 2nd Ranger Battalion at Pointe du Hoc trained at Camp Forrest.

“The heroine works at the library at Camp Forrest and remains in Tullahoma while the hero finishes his training and sails to England.”

“I love historical research. To bring a story to life, I look for a combination of solid historical facts and colorful personal details. Even though The Land Beneath Us is my 12th World War II novel, each story shows me a different angle and takes me to new locations. And this novel took me to Tullahoma,” Sundin said.

Sundin lives in California, so she started online. She said there are son incredible resources about Camp Forrest and Tullahoma, including documents on the 80th Infantry Division Veterans Association website, Michael Bradley's "Reveille to Taps," and Bob Young's website. She found Elizabeth Taylors "Images of America: Camp Forrest" very helpful.

“When my research comes up short, I turn to experts,” Sundin said. “In this case, Katherine VonWert at the Coffee County Lannom Memorial Library fielded a lot of my questions, which I greatly appreciated.”

In 2018, Sundin came to Coffee County for her research.

“My absolute favorite research for this novel was my visit to Tullahoma. In September 2018, I went to Nashville for a conference, so I rented a car and drove to Tullahoma for a day. I drove and walked around town and took lots of pictures. I also visited the library to thank the staff in person.”

She said that the highlight of her trip was a visit to Couch’s, which the family founded in 1893.

“Knowing the importance of the Couch family in Tullahoma history and of Couch's store, I stepped in for a visit. The interior of the store charmed me. When I asked the lady behind the counter if the postcards on display were for sale, she smiled at me and said, ‘You're not from around here, are you?’ ”

“My California accent gave me away. When I told her I was writing a novel set in Tullahoma, she proceeded to tell me stories and show me pictures and show me around buildings for at least two hours. It was absolutely delightful! She really helped bring the town to life for me - which helped me bring it to life in the novel,” Sundin said.

“The Land Beneath Us” is offered at a discounted price, $12 at the Book Shelf.   The store is located in Northgate Mall, 1600 N. Jackson St., Tullahoma.

“The Land Beneath Us” is the third in the Sunrise at Normandy series. It joins “The Sky Above Us, 2019—a Carol Award winner and starred review from Publishers Weekly and “The Sea Before Us,” a 2018—starred review from Booklist, CBA Bestseller and winner of the FHL Reader’s Choice Award.