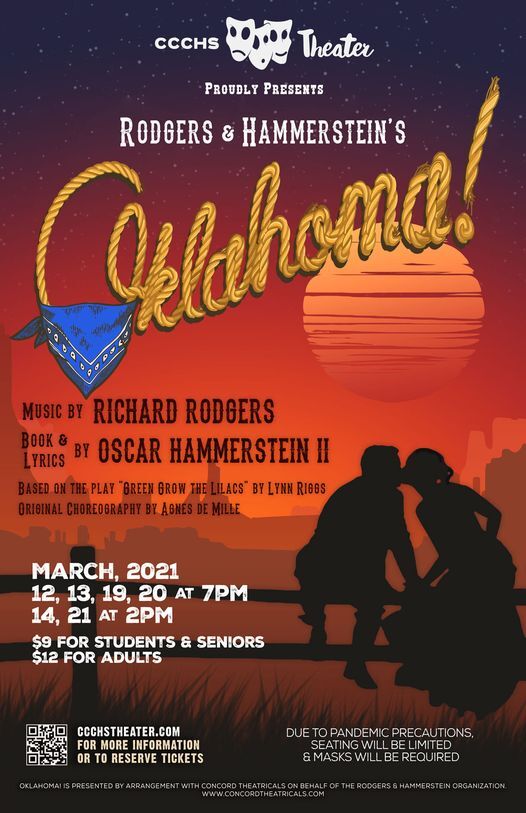 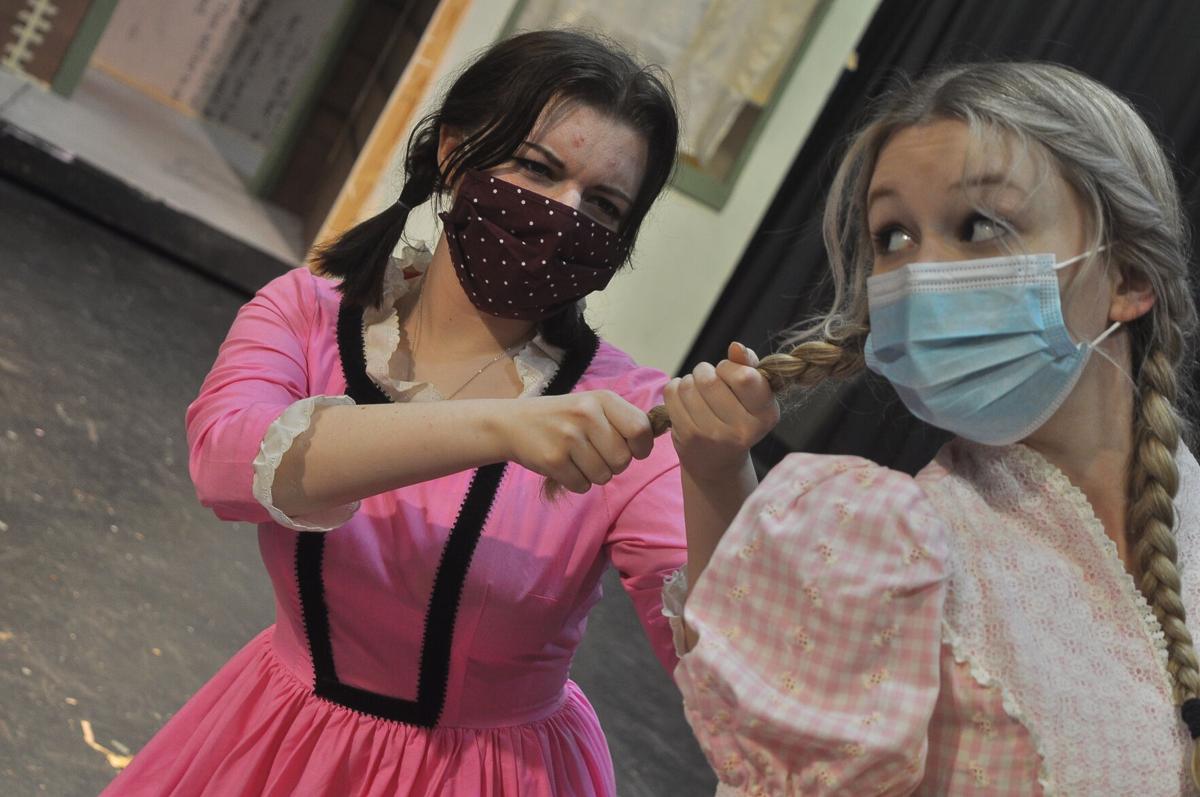 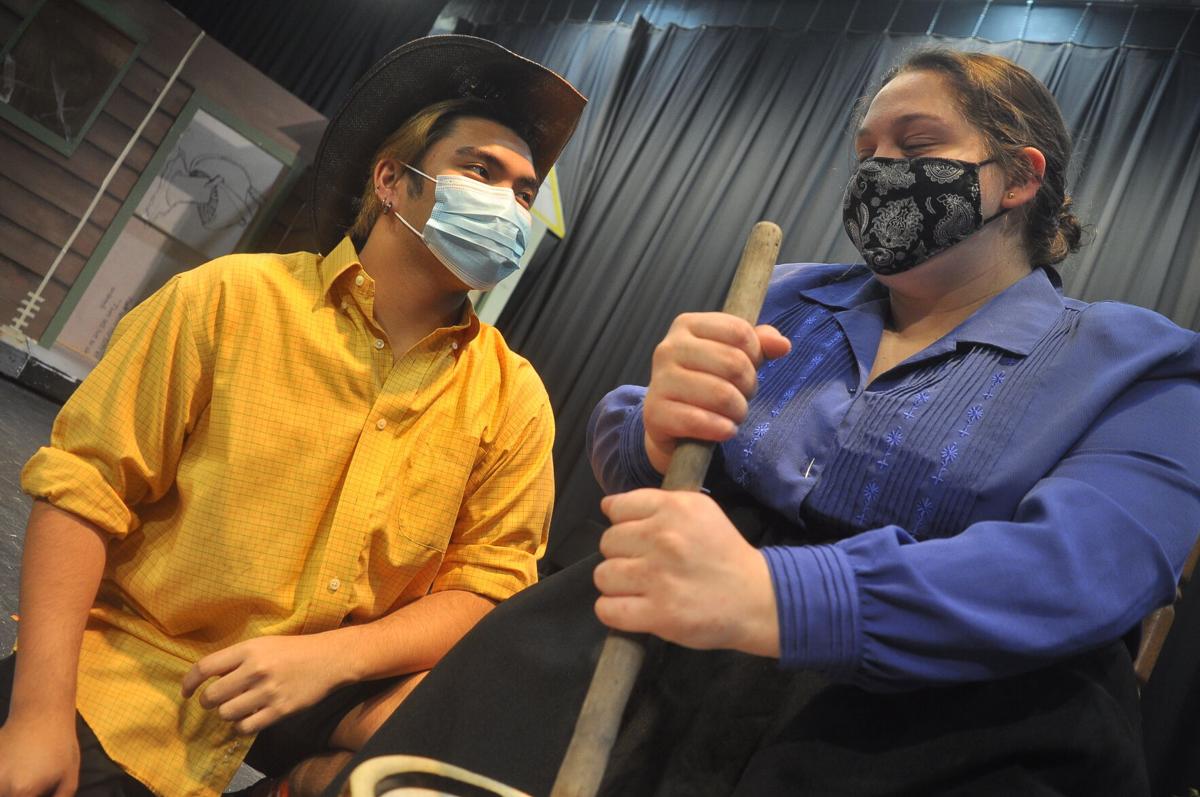 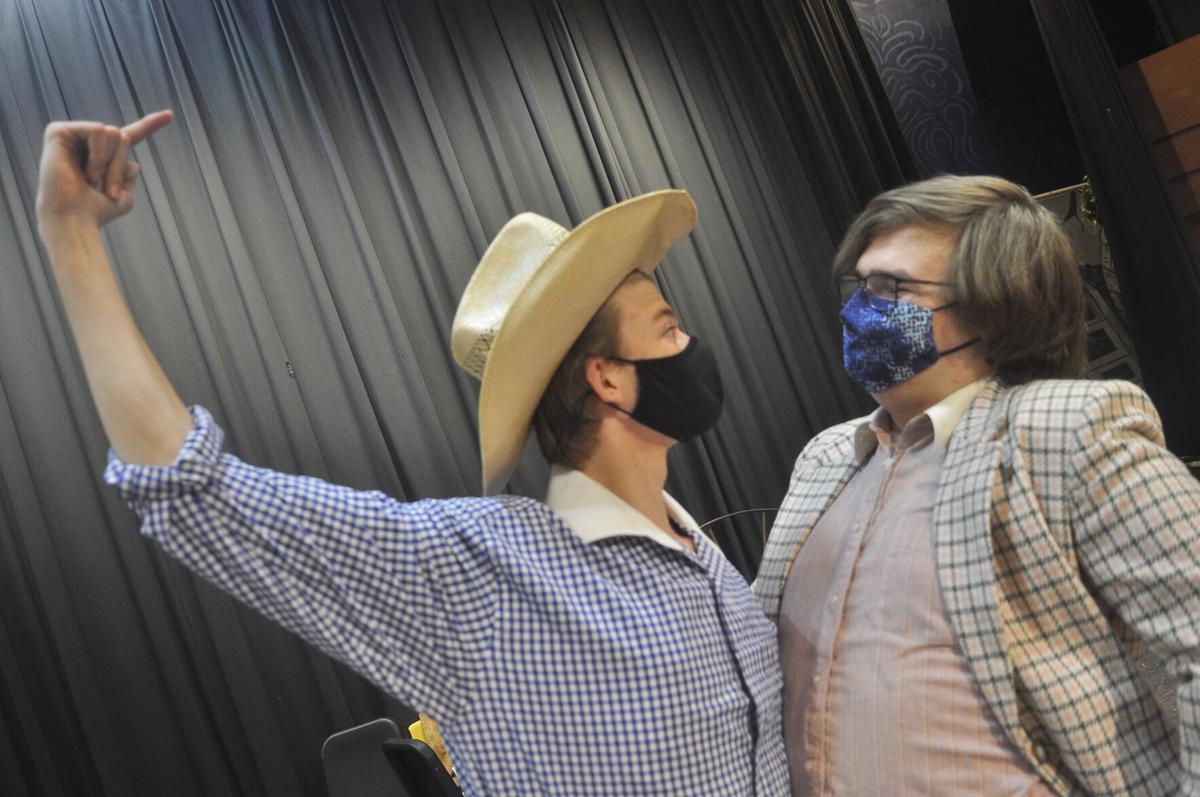 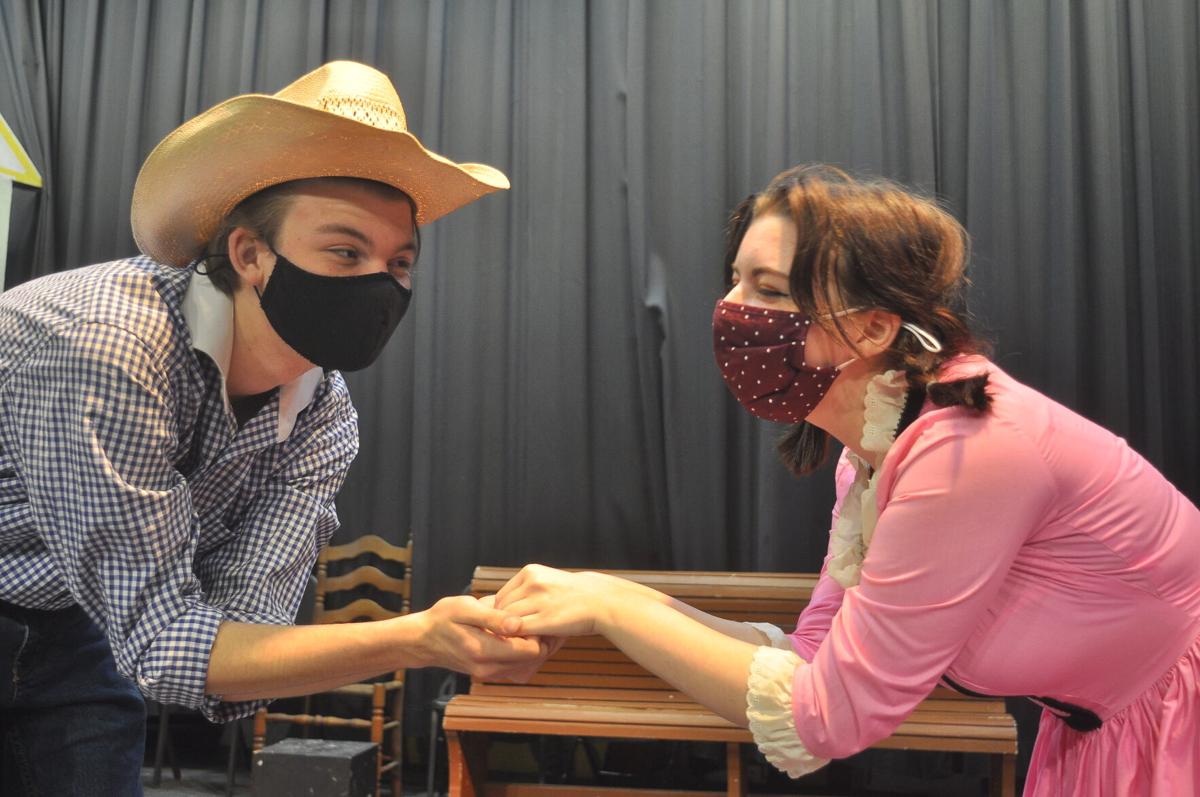 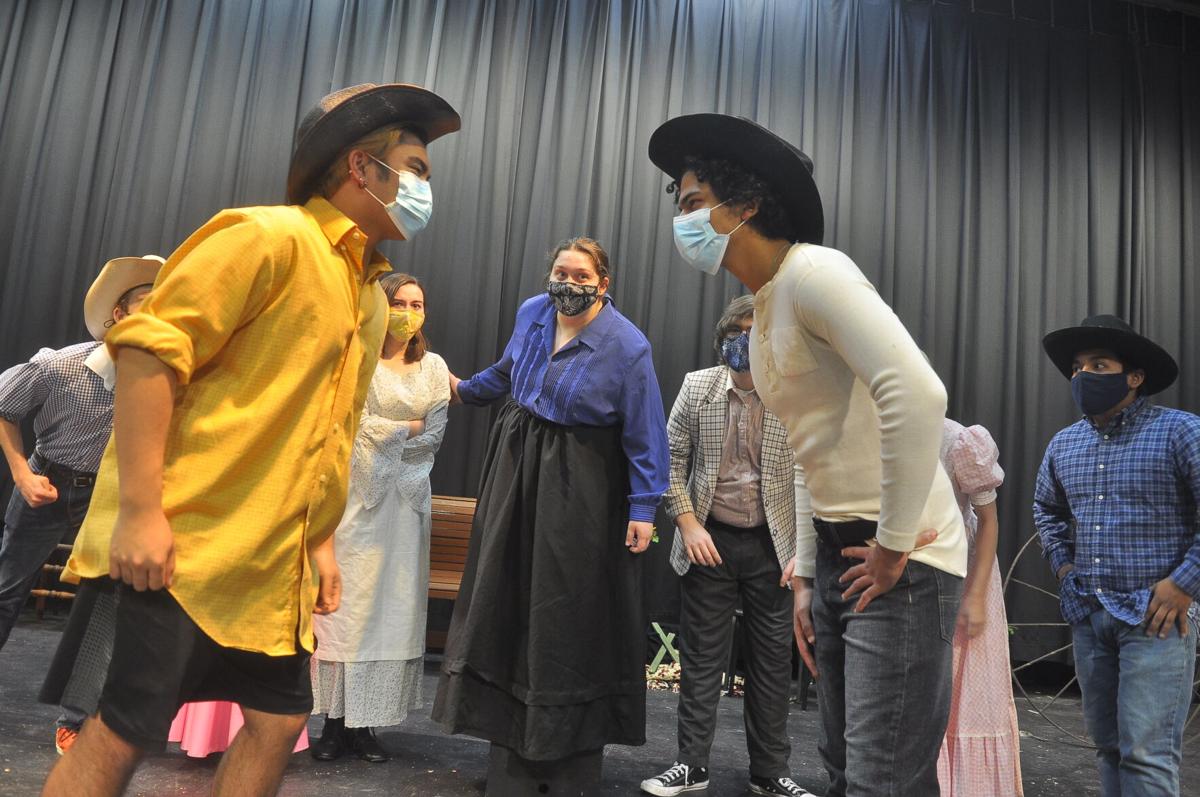 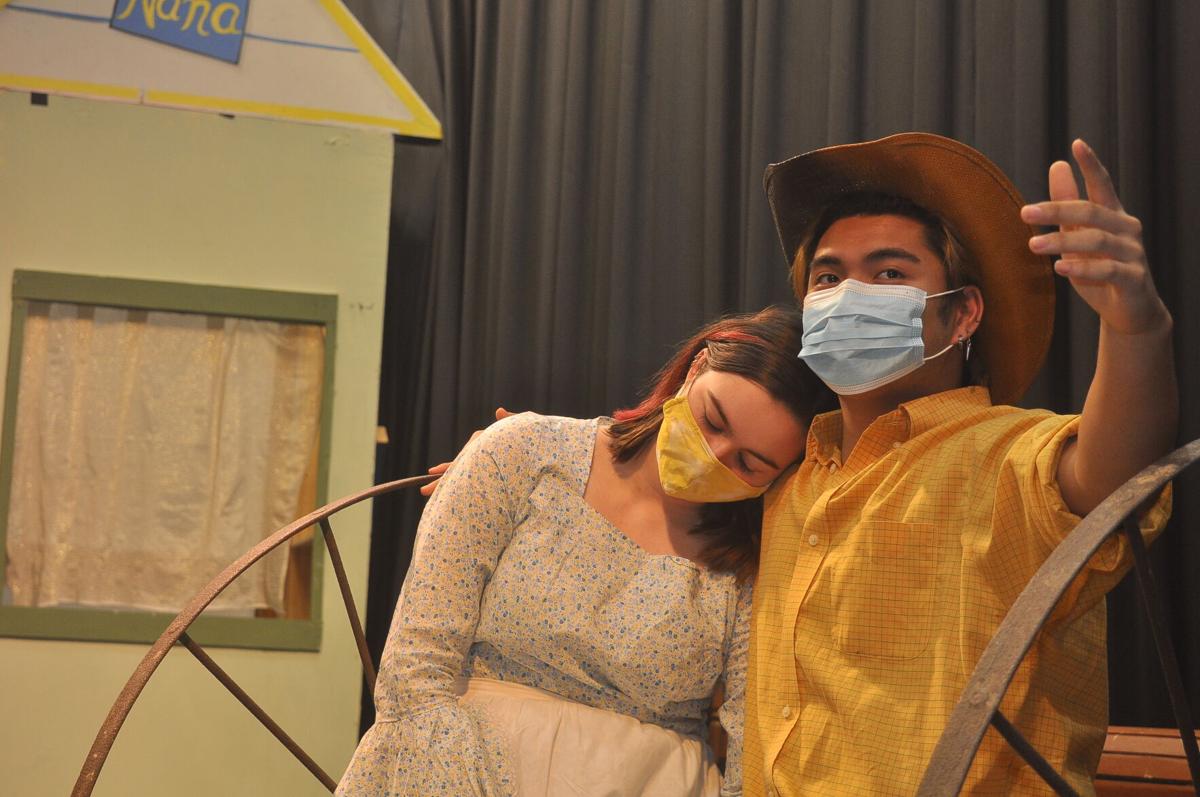 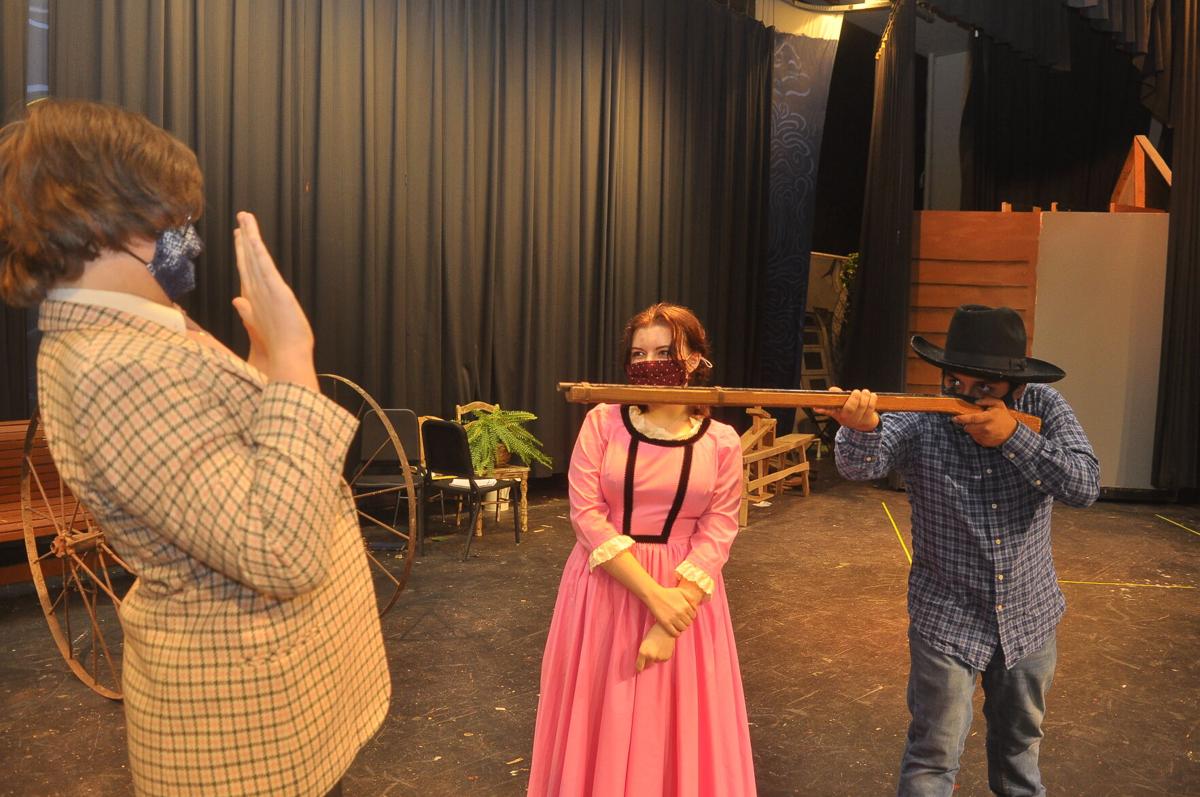 Despite a season of setbacks in the theater department due to the pandemic, Coffee County Central High School will open Rodgers and Hammerstein’s classic musical “Oklahoma!” at 7 p.m., March 12 at the school theater. Shows are at 7 p.m., March 12, 13 and 19,20 and at 2 p.m. on March 14 and 21. Tickets are $9 for students and seniors and $12 for adults.

Director Jonathan Higdon said all actors will wearing face masks for the entirety of the show for COVID-19 precautions.

Acting relies on facial expression, so to bring out the character's personality, each actor has been told to mirror the over-the-top actions of a cartoon character.

“I’m trying to get them to be very big and very cartoon-y with their body motions.,” he said.

“Oklahoma” is the perfect show for those big, comedic actions.

“It’s survived for 75 plus years because it’s a classic musical but a lot of the action is Bug Bunny and Yosemite Sam.   Let’s play that up and help our actions read better to the audience,” he said.

“Theater has been challenging this year, to say the least,” Higdon said.  “These students have risen to the challenge.”

A creepy fellow does what he can at any cost to get to her. He’s a very low grumpy person, no sense of morality,” Braden describes his role.  “I have to channel my innerness and let go of my empathy. You see him do a lot of weird stuff. Judd, you have to let go of yourself.”

“He’s kinda like Bugs Bunny, goofy but can be serious. He feels that everything fits it everything will go his way. He never has any negative thoughts in his action.  I’ve played so many characters, it’s easy for me to fall into something that I’m not. It’s a chance to be somebody else for a while,” Miller said.

“He is a clueless romantic who has saved up for a long time to get the $50 dowry for AXX Anne Part of a Love triangle Ally King, who is head over heels for Will, “ Maccagnone said. Maccagnone and Freeze share chemistry from other shows.

“She is a traditional Southern old woman. And I know a lot of Southern old women,” McAfee said. She has a mother, son relationship with Curly that works we because of the bond McAfee has with Miller.

“She’s energetic, flirty love interest in the show. Brings dumb blonde energy and can choose between guys. I try to bring the energy and optimism and make her happy, yet she’s also smart an knows what she wants and can do whatever she needs to get it,” Freeze said.

“She is the independent woman who doesn't need a man. She has to choose and doesn’t want to,” Duke said.

“He is the traditional farmer and overprotective dad, with a shotgun  permanently attached to his hand.” Salazar said. He thinks of him as Don Barea (Mr. Stomach) a combination of Elmer Fudd and Yosemite Sam. Salazar brings some of his own temper to the character. He intends to bring some method acting details to the character.

“He is a swindler who cartoonist behavior is really brought out by my improv.” Katro said.

Seating at the show is limited. Masks are required. To reserve a ticket, email ccchstheater.com.