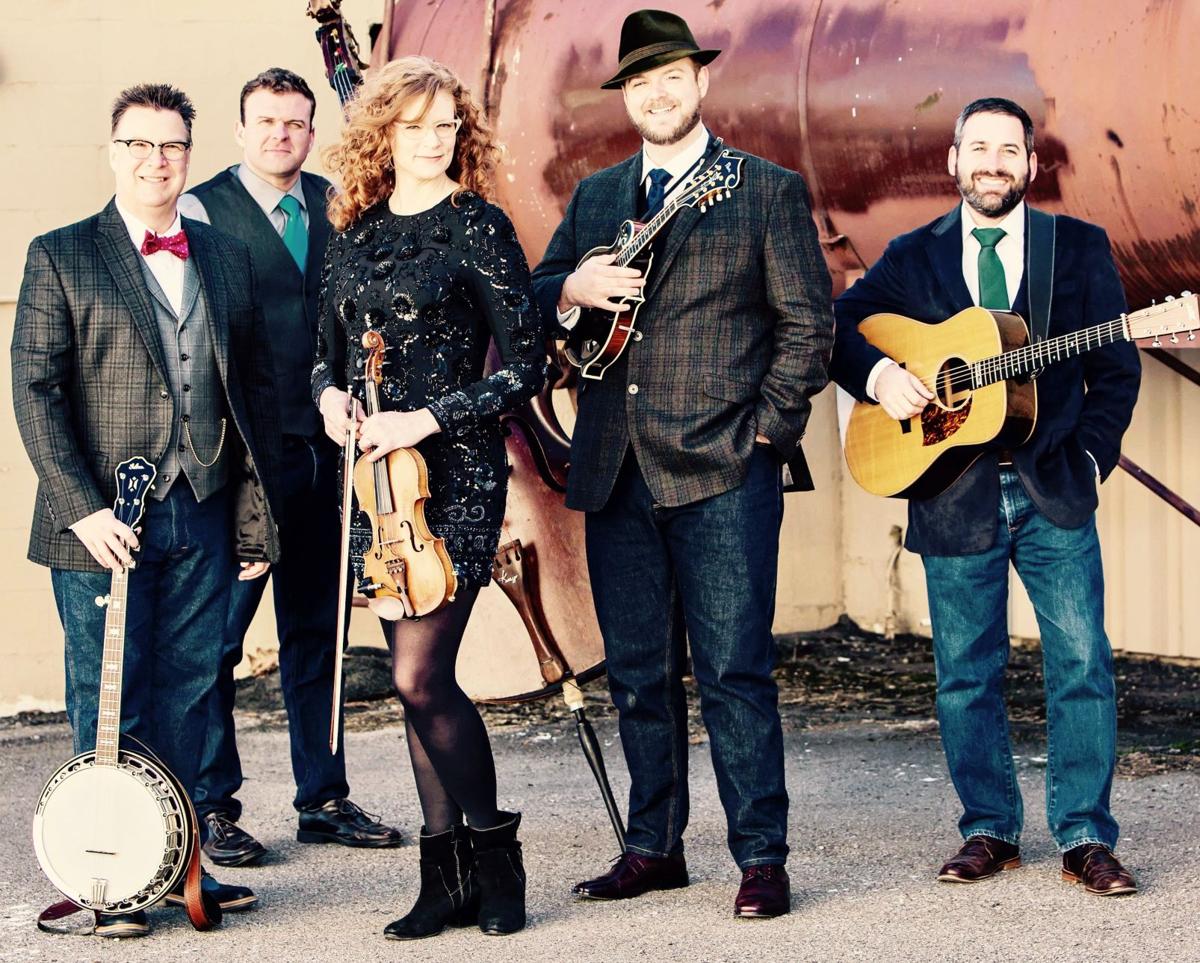 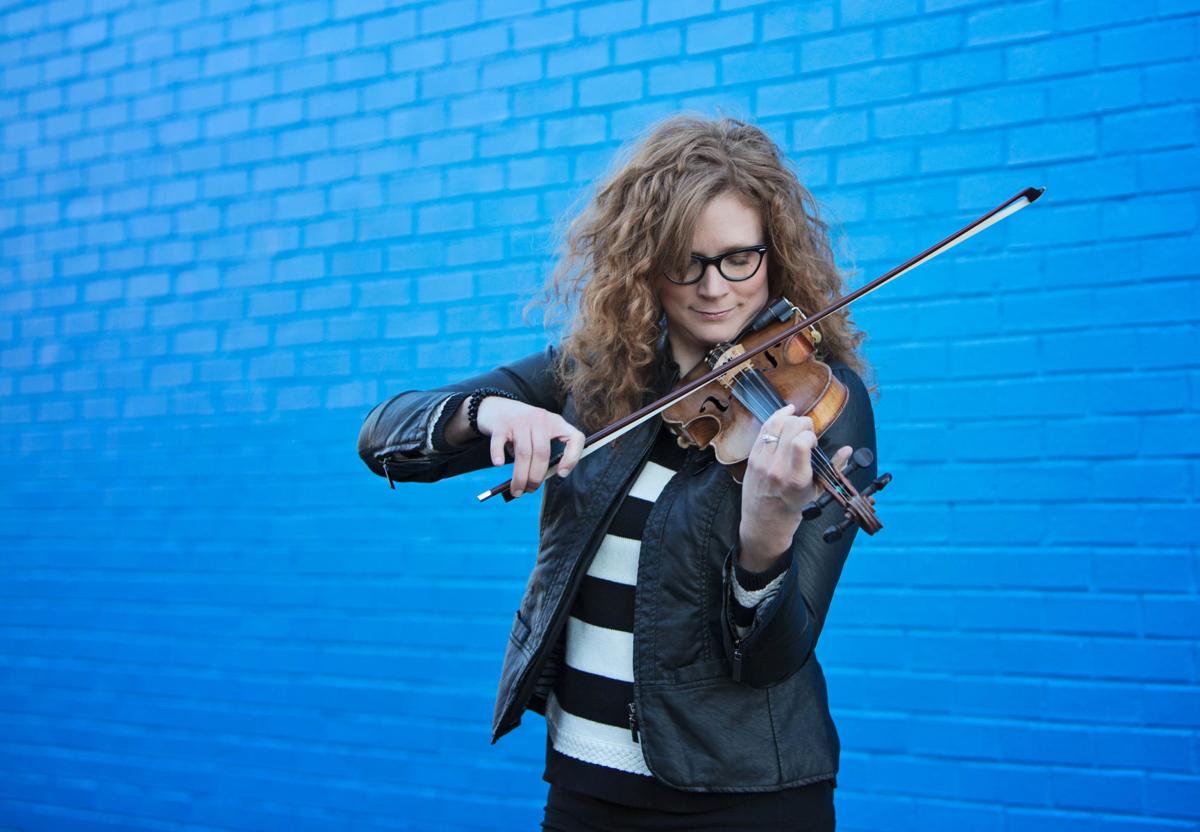 By Kali Bradford, Staff Writer Musical fans should prepare to clap their hands and stomp their feet as award-winning bluegrass artist and Manchester resident Becky Buller comes to town with her band, The Becky Buller Band, for a rare, local performance on Saturday, Oct. 14, at the South Jackson Civic Center in Tullahoma. “I’m thrilled that Peggy (Burton) and Fran (Gray) have invited us to open the Performing Arts Series this year,” said Buller. Buller is a Minnesota native. “I believe that this is the first time I’ve played in Coffee County with my band doing our thing. I’ve done several things in several configurations, but I’m sure this will be the first time for me and my band.”

For the band’s first performance at the center, Buller said they will be playing songs from her albums, along with songs from the albums of band members, all of whom have successful solo careers. There will be some new songs and a lot of pieces from ‘‘Tween Earth and Sky” and “Little Bird,” she said. “There will also be songs from some of my band members who are working on their own solo projects. Ned Luberecki, our banjo player, has a new album out called, ‘Take Five.’ Nate Lee, who plays mandolin, has a new album called ‘Plays Well with Others.’ We’ll also get Daniel Hardin to sing something. He’s our bass player who’s also from Lynchburg. Professor Dan Boner (guitar) will do a song from his new record that will be coming out soon.”   ‘Busy but blessed’ According to Buller, 2017 has been a busy but blessed year for her and the band. In 2016, Becky Buller made bluegrass musical history by becoming the first person ever to win in both instrumental and vocal categories at the International Bluegrass Music Association (IBMA) awards. That would bring Buller a total of five IBMA awards in the last two years, including the 2016 Fiddler and Female Vocalist and 2015 Songwriter of The Year, according to her website. This year she and banjo player Ned Luberecki, were nominated for two IMBAs — Luberecki for 2017 IBMA Banjo Player of the Year and Buller for 2017 IBMA Fiddle Player of the Year. “While we didn’t win, we were both there. It was a great honor to be there,” she said. “I presented and Ned has been the voice of the awards show for the last few years. It’s taken me a year to get my head wrapped around the awards last year and I feel like all year I’ve tried to live up to the honor. It’s an honor to be recognized and you just don’t think about it. When it happens, you just have to try and wrap your head around it.”   New album and expectations The band has been busy with a rigorous tour schedule and working on new albums. “It’s been a really busy summer,” Buller said. “We’ve been all over from California to Wisconsin, Illinois, Pennsylvania and all points in between. We’re also all in a race to get our new records out and right now it seems everyone is beating me.” Her soon-to-be-released album is called “Crepe Paper Heart” that Buller said is scheduled to come out in 2018. “The title is drawn from a line in one of the songs, called ‘Another Love Gone Wrong,’ which is another promising bluegrass title. It’s been a two-year process. We’ve all just been really busy and a lot of really good stuff has gotten in the way. It’s going to come out all right though, and I’m really excited to get it out and get these songs out.” Buller said while the album hasn’t been released in its entirety, there are three songs from the record currently out for fans to enjoy. “We have three singles out right now that include ‘Phoenix Arise,’ ‘Speaking to That Mountain’ and ‘Calamity Jane’ and Rhonda Vincent serves as our special guest on that track. I admire her a lot and I’m thrilled to have her on the track. It’s mostly my band doing the heavy lifting on the record. (There is) one track left to record that will be a very special event with very special guests.”   If you go The Becky Buller Band will take the South Jackson Civic Center stage at 7:30 p.m. on Saturday, Oct. 14. Tickets are $23 and can be purchased in advance by calling (931) 455-5321, or at the door. The center is located at 404 S. Jackson St. in Tullahoma. For more on the Becky Buller Band, visit online at http://beckybuller.com.