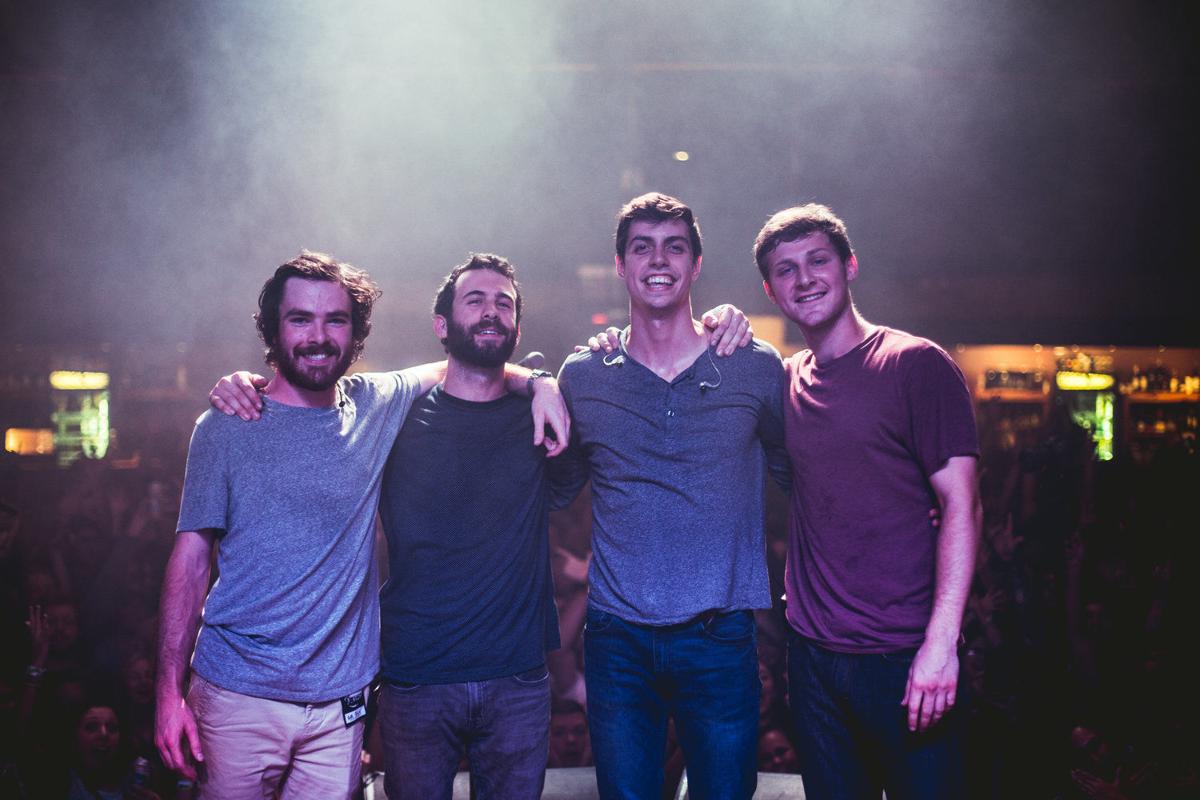 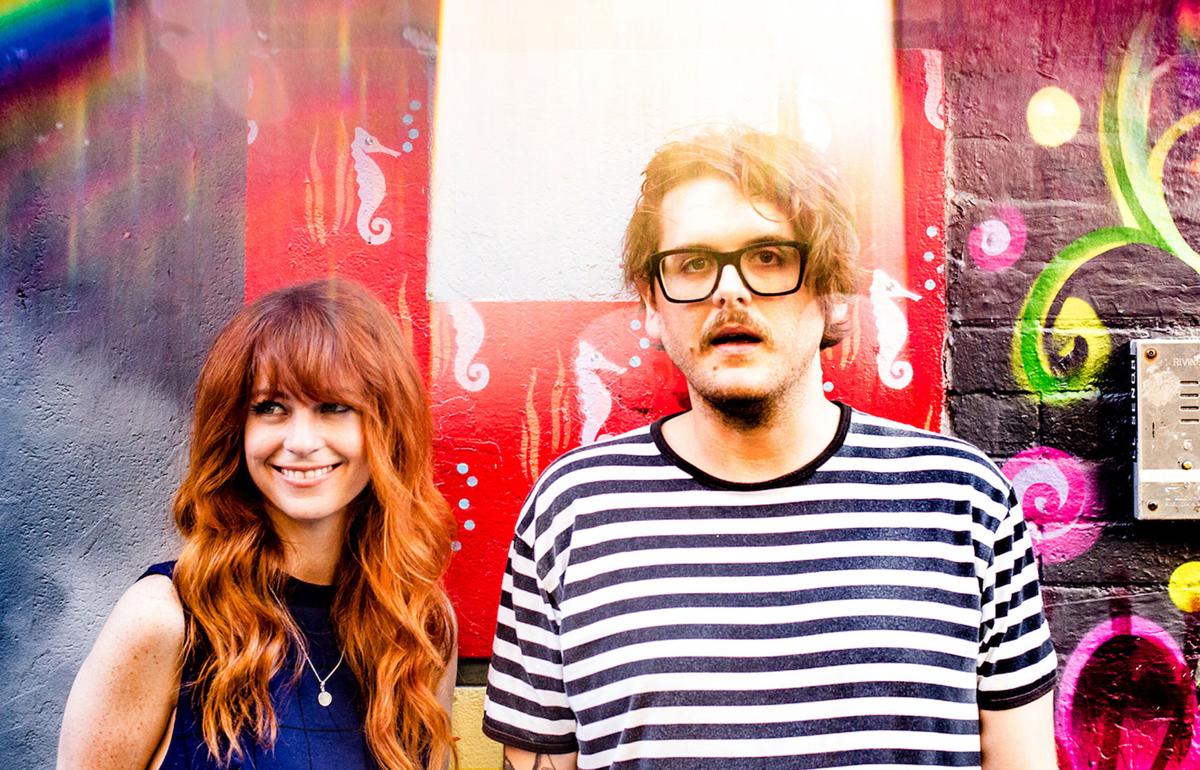 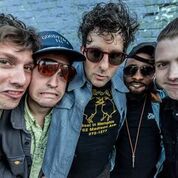 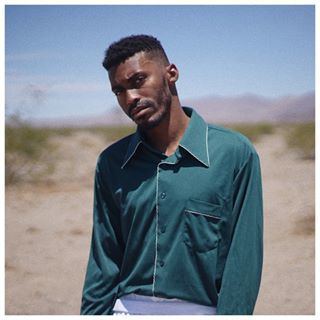 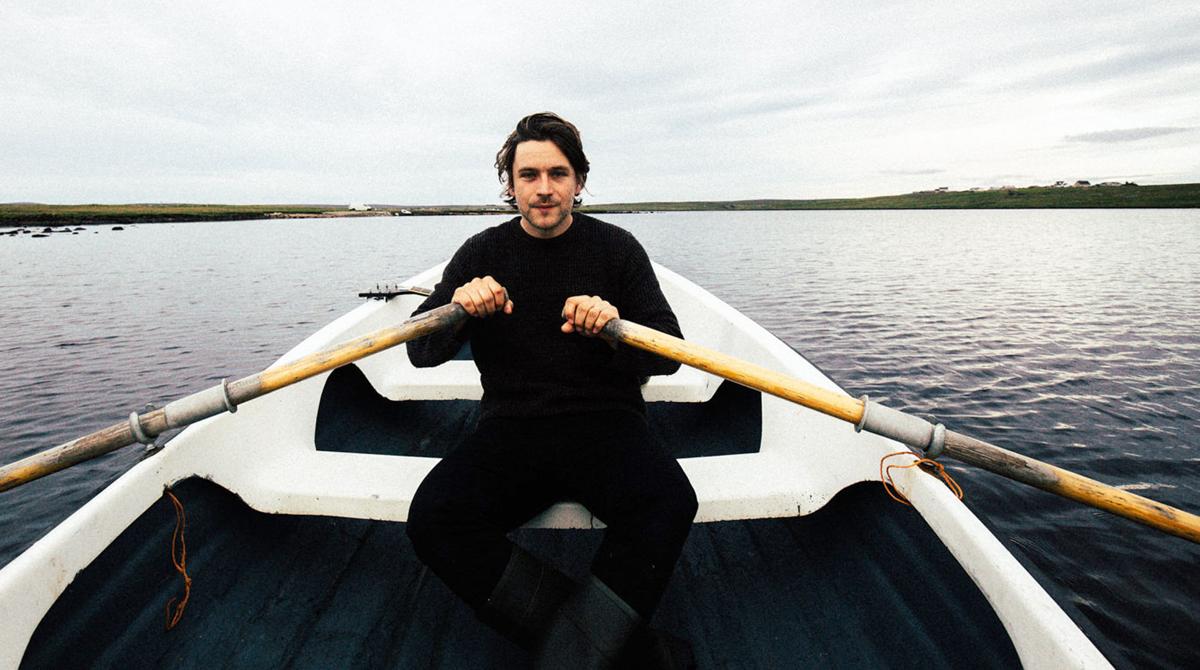 Ever wonder who those bands are on the bottom of the Bonnaroo Music & Arts Festival? The Manchester Times is reaching out to some of the lesser-known bands to find out their stories. See our website www.manchestertimes.com for full bios and information.

Here is the first installment highlighting a band from Nashville, *repeat repeat.

Jeff Steers, Manchester Times editor When the band *repeat repeat was looking for a female harmony singer to round out the sound, producer Gregory Lattimer said she was already in the room. Front man Jared Corder’s wife, Kristyn, was in the session and chosen to be part of the band. That was four years ago. Today Jared and Kristyn make up the band ready to play the Bonnaroo Music and Arts Festival in June. It is their second time to Manchester, but first time as performers. *repeat repeat will play a number of festivals this summer including Bonnaroo, South by Southwest Festival in Austin, Texas in March and Shaky Knees in Atlanta, Ga., in May. “Festivals like Bonnaroo are huge to us,” Jared said. “You get to see thousands of new faces at each one. “Living in Nashville, everyone hopes to play Bonnaroo.” The band released its album “Floral Canyon” in September of 2017, but did not have much time to go out on the road. They hope to pick up some new fans this summer. Jared describes the band as Indie rock, but with a unique style. “We call it surfrockcandy,” Jared said. “We mix the surf music from the 1960s, the edgy, guitar driven music with candy pop.” And it all fits together for the duo. Kristyn grew up in California listening to 1960s legends like the Mamas and the Papas and The Everly Brothers. Jared is a former punk-rock kid raised on the sounds of Bad Religion and Black Flag. “We catch a lot of flak for it,” Jared said of the description. “Band-wise, I think we are the B-52s meeting the Artic Monkeys.” Kristyn attended performing arts school in California, but never planned to be a singer. She operates a graphic design business and the plan was to help the band with logos, websites and other designs. “I was not thinking about music when I moved from Los Angeles to Nashville,” Kristyn said. “I intended to travel with Jared, but not be in the band.” Jared said living in Nashville – the country music capital of the world – is an advantage for the band. “Being in Nashville and playing Indie rock makes *repeat repeat stand out,” Jared said. “We would be swimming upstream in Los Angeles or New York.” About the band Name: *repeat repeat Origination: Band founder Jared Corder said he saw the phrase on a shampoo bottle and liked it City: The band is from Nashville Interesting facts: Jared and Kristyn’s second passion – behind music – is rescuing animals. They have three dogs, five cats, a bird and a horse. Bonnaroo: This is the second visit to Bonnaroo for the couple, the first time performing. Jared and Kristyn saw Paul McCartney in 2013. “We love to camp and went with a bunch of friends,” Jared said. To hear *repeat repeat’s music, go to www.repeatrepeatmusic.com   Colin Macleod

A farmer from the Isle of Lewis makes a debut album with the intensity of Bruce Springsteen’s Darkness On The Edge Of Town. It may seem surprising, but Colin Macleod’s influences are the same: wide open spaces, hard physical work, and a love for his local community – though in this case, a community that goes back 600 years. Bloodlines is folk music, according to producer Ethan Johns (Ryan Adams, Kings Of Leon), but not as you’ve heard it before. Modern, moody and epic, the album owes more to The National or My Morning Jacket than Hebridean reels. Just don’t expect Colin to go on tour at lambing time. In a former life, he was alt-folk artist The Boy Who Trapped The Sun, cutting his teeth on the same vibrant Glasgow scene as his friends Frightened Rabbit and Snow Patrol. But his love for the wild land he was raised on, 300 miles north of Glasgow, proved too strong and three years ago he made the move back to the Eye Peninsula, east of Stornoway, buying a small farm. Funnily enough, there couldn’t have been a better move for his music career.  To listen to some of MacLeod’s music, go to: www.colinmacleodmusic.com   Walden

Four friends from Athens, Georgia have started a revolution in rock music. Driven by passion and purpose, the band Walden seeks to evoke emotion and inspiration through their music and live performance. To do so, these young men have stripped away every stigma and stereotype associated with playing in a rock band to focus on what actually matters: the music, the message, and the people. Four guys with nothing but a passion for playing shows and creating music quickly became one of the biggest upcoming musical acts in Georgia, capturing the attention of audiences of all ages with their raw sound, infectious energy, and undeniable connection they share on stage. Walden’s debut EP, “Painting Planets”, released in 2015, went on to be named one of Athens’ top local albums by the Red and Black. Several songs, most notably “Green Lights”, received radio airplay from Atlanta’s alternative radio station 105.7. Their sophomore self-titled EP, released last year, represents the unique sound that the band has developed over the last four years. Spanning from stadium rock anthems to soft, intimate melodies, this EP encompasses the sonic diversity of Walden’s music. Walden’s live performance truly shone when they won the 2017 Road to Bonnaroo competition for the state of Georgia. This competition generated a passionate and supportive following for the band in their hometown of Athens. As a result of their growing popularity, Walden has also had the opportunity to open for well-known acts such as Moon Taxi and Twiddle and further grow their fan base. These successes amount to nothing more than a stepping stone towards these four friends achieving their actual goal of playing and creating music together for the rest of their lives.  To hear more of Walden, go to: www.walden.band/videos.   Davie

Once that beat kicks in, you can’t help but get up and move. Passed down through the ages, it’s a phenomenon that doesn’t discriminate. You’ll see it happen in the pews of a church just as regularly as you will on the Polo Fields of Coachella. By the same token, you could just as easily hear DAVIE’s 2017 debut EP, Black Gospel, Vol. 1 in a revival tent or a festival tent, and it’d incite the same reaction—raw, rapturous, and rare ebullience. Like Pharrell producing a collaboration between Sam Cooke and The Clark Sisters, the singer, songwriter, and performer delicately balances R&B rhythms, stark soul, and gospel spirit into a sound that’s wholly his own… “I connect with the simplicity and movement of gospel and soul,” he explains. “The music just moves you. You want to clap. You feel inspired to participate. You don’t just listen with your ears; you listen with your hands, your feet, and your whole body. That’s how you respond. I hopefully make records people could respond to in more ways than one.”  To listen to music by Davie, go to: www.musicbydavie.com   Low Cut Connie

Even former President Barack Obama is a fan of Low Cut Connie, the ultimate party band from Philadelphia. He chose their anthem of low-brow American life “Boozophilia” for his Spotify playlist and met with Weiner at the White House in 2016. But with Dirty Pictures (part 1), Low Cut Connie moves beyond the drunken bar boogie they have become associated with into a deeper, darker, dirtier American life. “We’ve been thought of as a great party band by so many people, and we wear that as a badge of honor, but I really wanted to go deeper with this record,” says Weiner.  “We’ve been travelling this country now for a number of years, meeting people of all stripes, entertaining them in their bars and sleeping on their couches, laughing hard, holding them tight and sweating it out with them. I wrote this record really thinking about how people are feeling and living in this country these days … It’s a wild scene out there.” And what is it that best brings Americans together in such wild and dirty times?  Weiner has a simple answer: “Rock n roll. Nothing moves people more. It will make the most unsuspecting citizen hot, angry, weepy and emotional and ultimately open to life like never before. I’ve seen it happen.  That’s what we do.  We change the molecules in the room.” The band will be in Nashville at the Mercy Lounge on Thursday, Jan. 25. To listen to music by Low Cut Connie, go to: Lowcutconnie.com

Tickets are now on sale for the 2018 Bonnaroo Music & Arts Festival at Bonnaroo.com