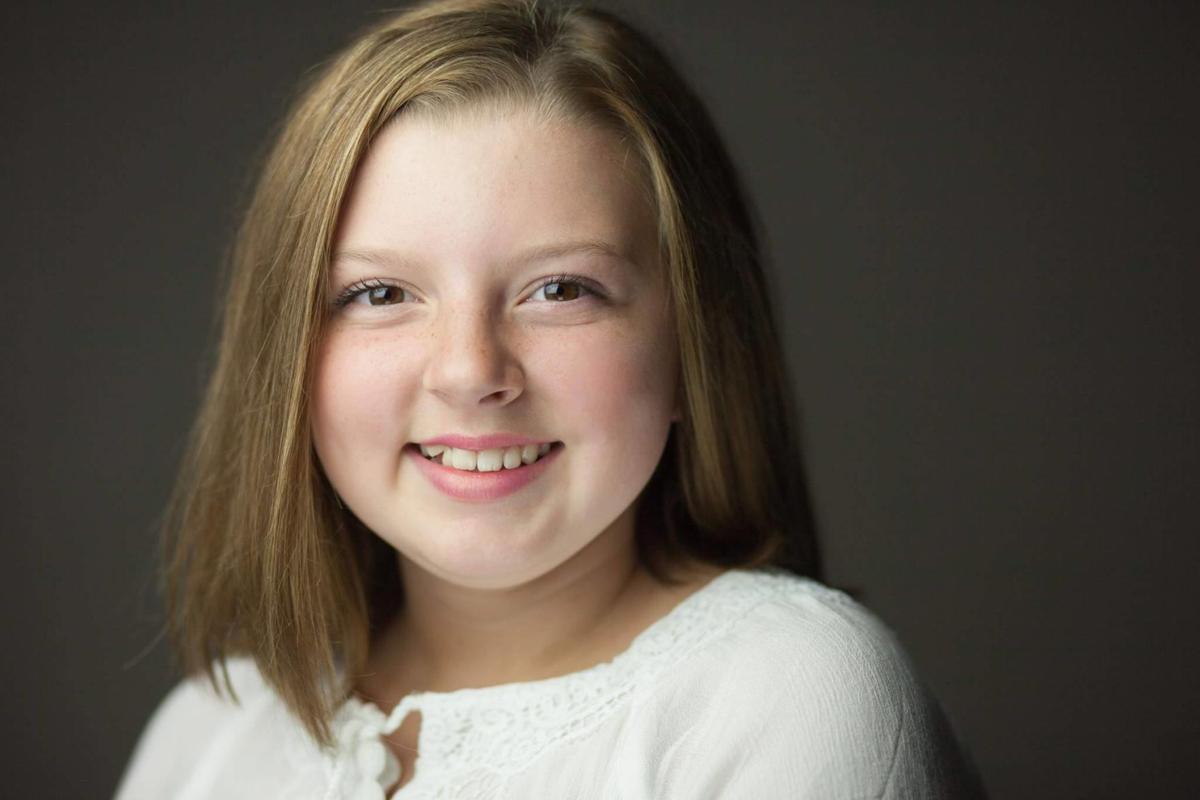 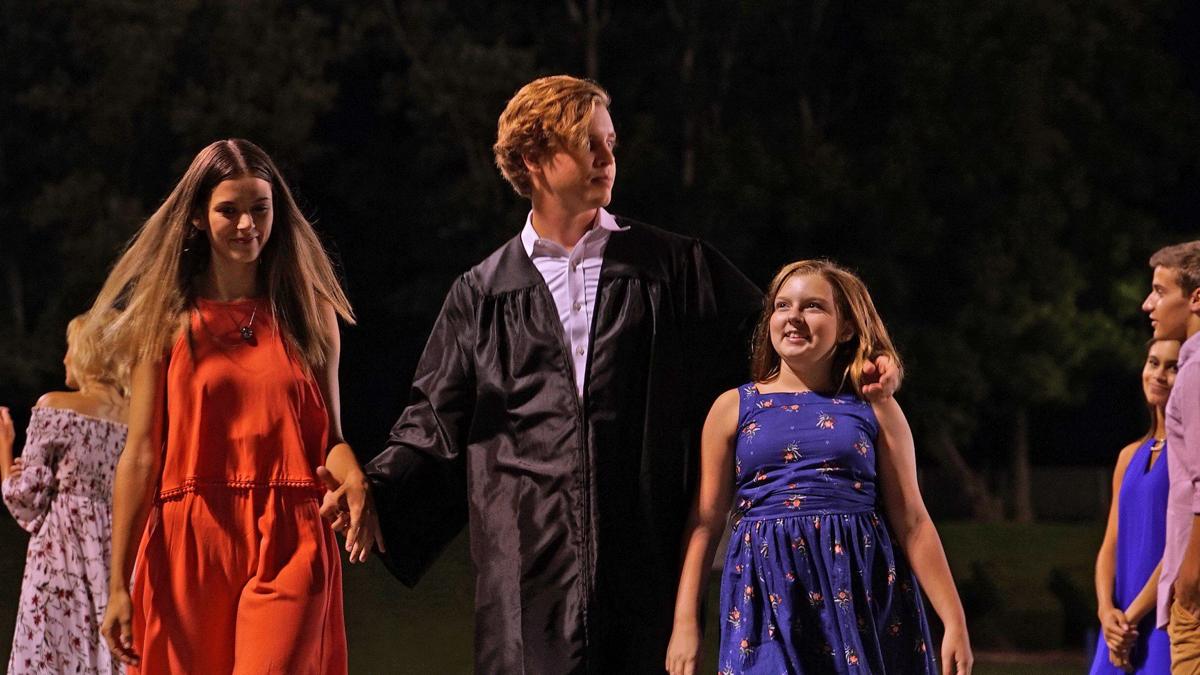 STAFF WRITER John Coffelt   Westwood Middle School’s mascot is a rocket, but the school itself became something of a star for a day when it be became the set of the faith-based film, “If You’re Gone,” based on the book of the same name by Cannon County resident Brittany Goodwin, who directs the film.

Westwood Middle School sixth-grader Alyssa Freeze is currently rehearsing for Willy Wonka (Violet) at the Manchester Arts Center. She was in “Annie” (Annie) and “Lion King: The Experience Jr.” (Young Nala) at the Art Center of Cannon County this season. She was in “Shrek the Musical Jr.” (Fiona) at the MAC in May. She’s also been in “Secret Garden” (Mary Lennox) and was Flounder at Cumberland County Playhouse production of “The Little Mermaid.” -Photo provided by John Goodwin

What’s more, one of the school’s student-actors grabbed a crucial role in the film. Goodwin said that the film was shot over the course of 16 days in McMinnville, Manchester and some in Murfreesboro. Westwood Middle School student Alyssa Freeze, 12, notes the irony of not being in any of the scenes at her school. Freeze plays the little sister of the main character whose disappearance drives the film. For the film, Westwood takes the role of the high school where the Freeze character’s older brother attends. Freeze shot most of her scenes in McMinnville over three days of shooting. “When you get there, there’s a lot of waiting. You go into costumes, then makeup, so you look perfect. Then you go to the site where they’re filming, then there’s a lot more waiting,” Freeze said. Westwood, for its part, was converted to a high school. “At Westwood we shot all the interior school scenes,” Goodwin said.  “There are several classroom scenes, several hallway scenes. We had 50 to 75 extras that came that day to be in the different classroom scenes.” The final scene in the film is shot in the Westwood lobby. All totaled it was a 13-hour day of filming. “There are lights in there, but they don’t set off the color grade that that you want, so we set up these combo stands to rig lights. There’s a lot of set up.” Goodwin said that Westwood became an option after the possibility of filming at another school fell through. Westwood speech and theater teacher Karen Lewis, a community theater director who headed “Peter Pan” at the Arts Center of Cannon County where Goodwin works, set up the arrangement. “Manchester was super welcoming. Westwood was very open to the idea. They saved the day for us,” Goodwin said. “It ended up working out perfectly for us.” Freeze, herself no stranger to the theater stage, noted that for film, the details are more nuanced than they are on stage. “When you are on stage, you get one chance to do it. If you mess up you just have to go on and try to fix it. In film they do a lot of takes. If you mess up they’ll just do another one. Sometimes if you don’t mess up they’ll do another one, and another and another” Freeze joked. For Goodwin, film is freeing. “With film it’s about letting the actors be natural.” She noted every motion is much smaller and detailed than on film. For instance, “the slightest crinkle of a brow can read very strong, versus on stage, you would have very big motion.” “I had to learn that adapting to a film actor, and bringing these stage actors, I had to coach them to tone it down on camera. Alyssa was actually very natural on camera. A lot want to over act.” On the whole it was a positive experience for Freeze. “It was fun, a little dramatic at times, but I liked that. I’m glad I got to experience it,” Freeze said. Freeze’s mom, Andrea, said that the interaction with a live audience is a big draw to theater for the middle school girl. Freeze wants to pursue an acting career and has met success on stage. She was Annie during the recent production of “Annie” at the Arts Center of Cannon County. There she met Goodwin, who was the musical director of the play. For the film, Freeze auditioned via video due to the fact that an “Annie” rehearsal coincided with the live audition. She sent in a “slate” with just her speaking her name and a few other details. After an email call-back, and then what seemed like forever, she got a call. Freeze had about five scenes in the film, mostly interacting with her character’s brother’s friends and girlfriend. “[Freeze] reveals a key plot point in the film, a secret that wasn’t known about. Her part wasn’t super big but she has some really important moments that set something in motion,” Goodwin said. This is Goodwin’s third film, but she has always had ties to acting. “I grew up wanting to be an actor. I did performances at the Manchester Arts Center at the old location, and in Tullahoma.” She moved to Los Angeles and got the chance to work on several independent films. “When I moved back, I took a stab at making my own films. I am very much self-taught.” She said that in 2010 she wrote a film, “Secrets in the Snow,” and funded it through a kick-starter. The first film, shot on a $30,000 budget, ended up getting international distribution. “I jumped in, got my feet wet and it’s worked out OK,” Goodwin said. “So much of filmmaking is digital now, which makes it so much easier for the average person to make it. It used to be films were so expensive to make because film is so expensive. Now with digital you can shoot all day and as long as you have enough memory cards there’s no extra cost.” She said that the current film would likely be on streaming, but hopes that the film will be shown in select theaters. “Hopefully, we’ll go to several distributors. We’ll, hopefully, get it out on Netflix, Amazon, and our goal would be a limited theatrical release.” Every New Day Pictures, LLC started principal photography in late July and has an expected film release date of summer 2018. It is directed and written by Brittany Goodwin, produced by Justin Price and John Goodwin. Director of Photography is Tripp Green of Raleigh, N.C.