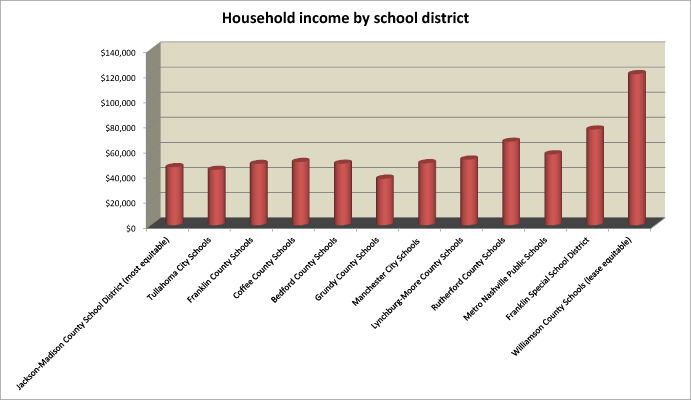 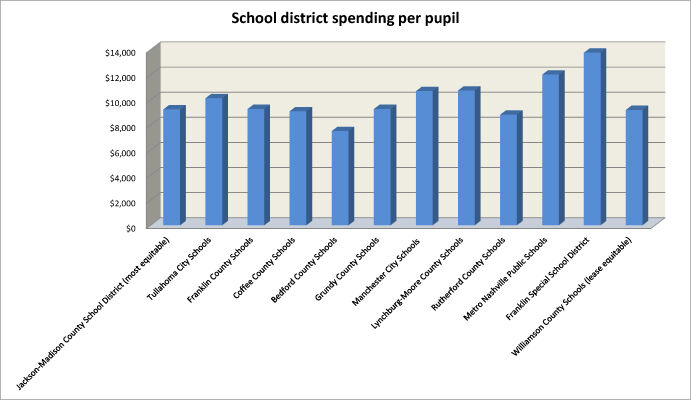 All those responsible for providing public education seek to provide the best education possible with the money available to them, still variables in local economies can have a large effect on how much money a district receives.

According to personal finance firm, WalletHub, using data collected from of the U.S. Census Bureau and the National Center for Education Statistics, ranked all the school districts in Tennessee according to equity.

The results show Coffee County Schools ranked 28th out of 140 districts, falling just below Franklin County at 24th. Tullahoma fared best among local districts in the comparison at 22, while Manchester City, came in 92nd, and Moore County was ranked 114th.

The data does not imply any commentary on quality of education, only compares spending by schools in context of the overall wealth of the population. For instance, Shelby County has one of the highest ranking expenditures and lowest incomes, while Rutherford County has a low expenditure system and a comparatively high income population. Williamson County’s per pupil spending is near that of Coffee County Schools, yet the average income there is listed as over $120,000.

Districts were scored by taking the absolute difference between the score for expenditures (a calculation based on state average) and the score for household income. The districts were ranked by total score, with the lowest value, representing the most equitable, being ranked 1.

“If we ensure that all school districts have equitable funding, that will help to level the playing field for students in less affluent communities. It will improve graduation rates in previously underfunded districts and lead to greater rates of pursuing higher education and better future incomes,” said Jill Gonzalez, WalletHub analyst. “College graduates have $460 - $1,154 higher median weekly earnings than people with a high school diploma and no college experience, depending on the degree.”