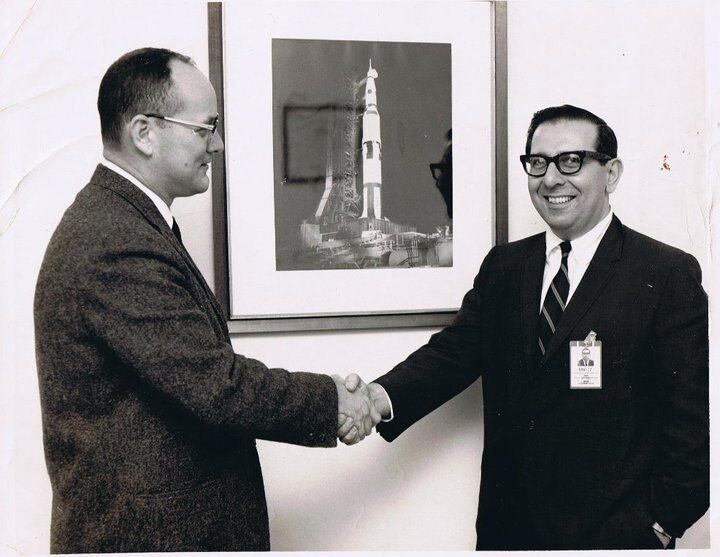 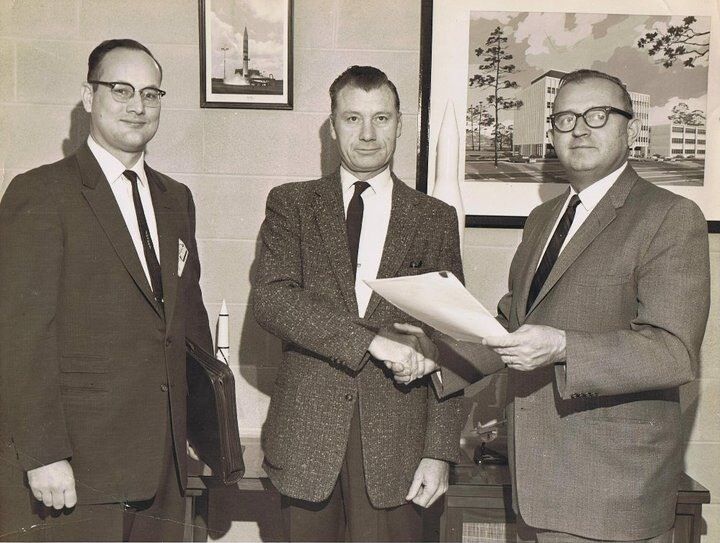 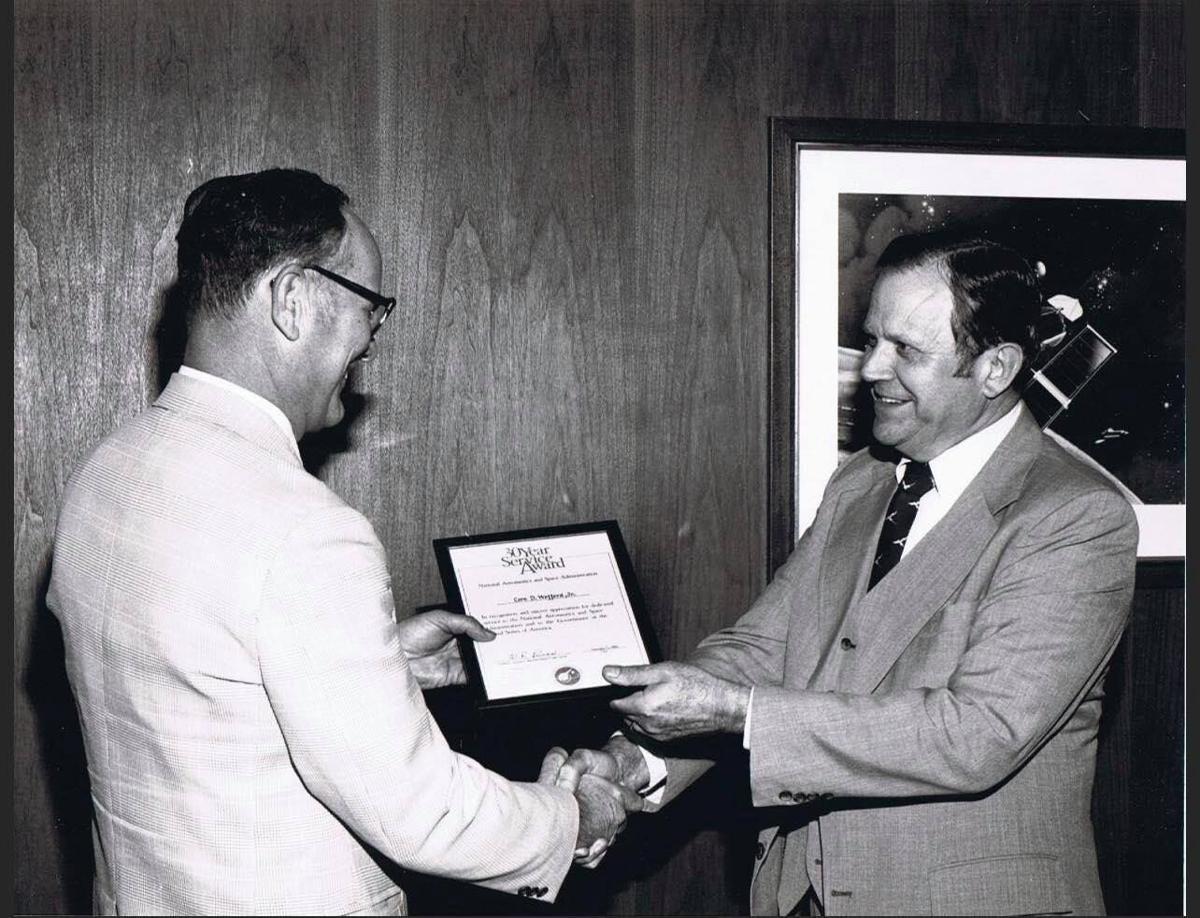 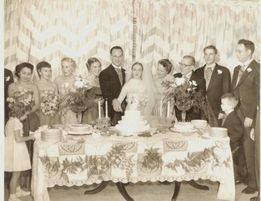 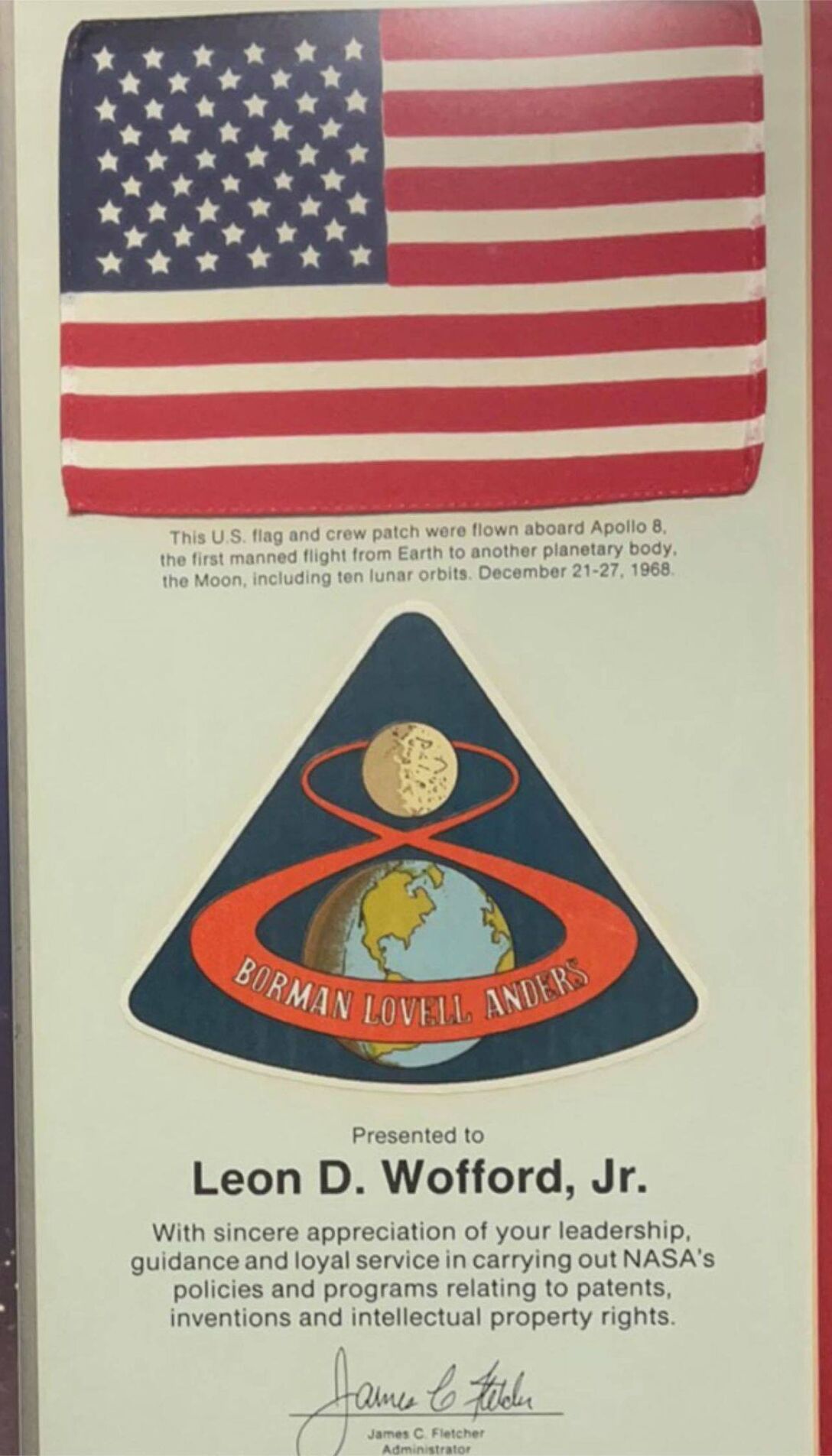 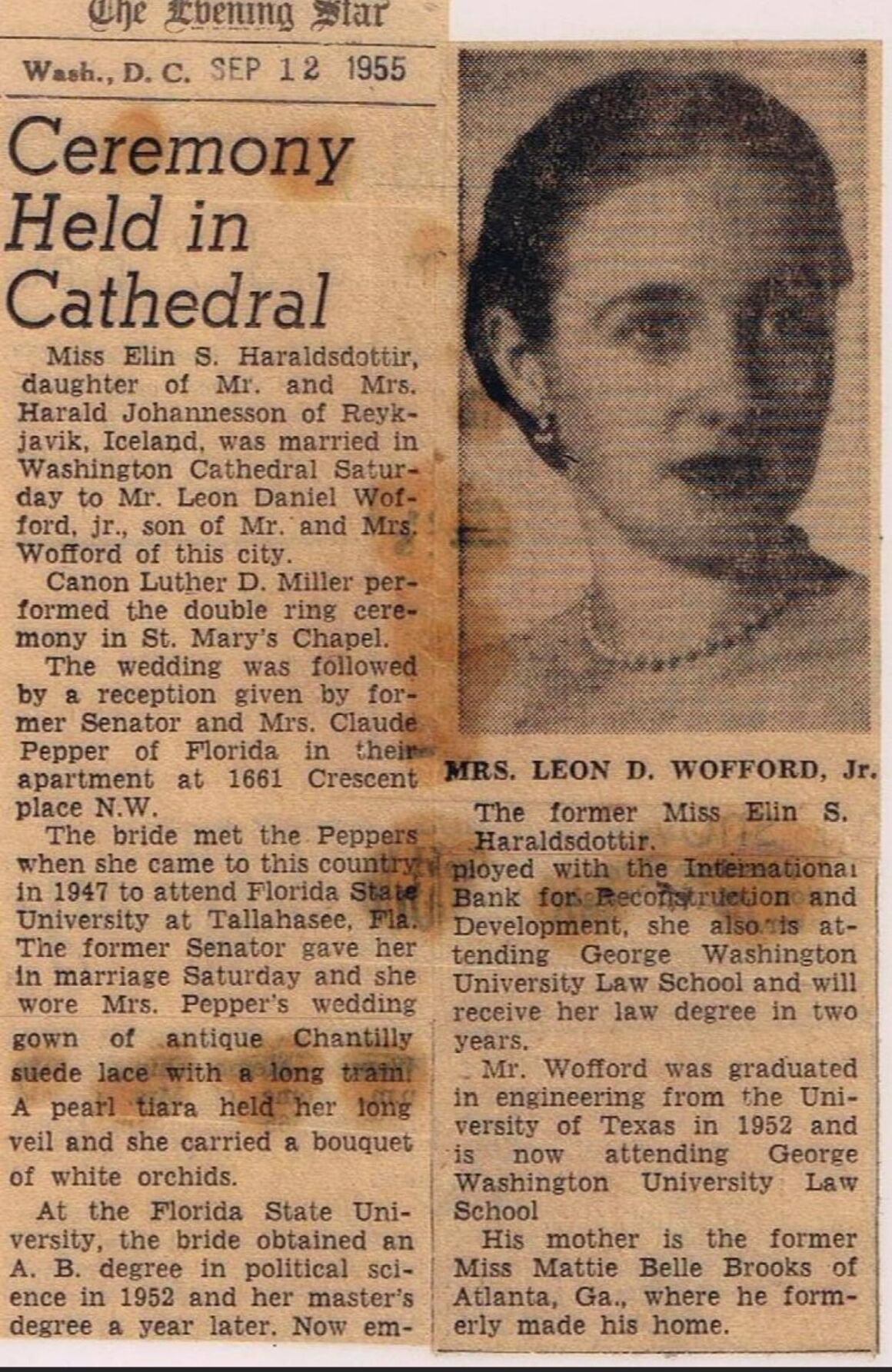 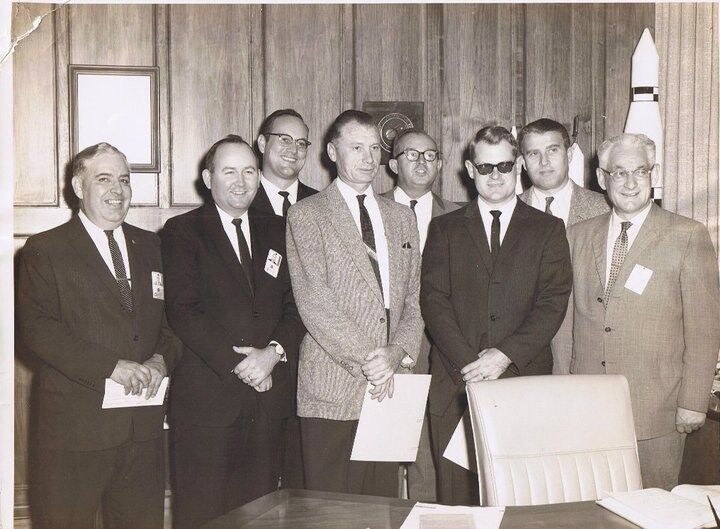 Her grandpa, Leon Wofford, wasn’t a scientist or engineer in the traditional sense, he worked with the father of the Saturn V as a patent attorney.

Daniel’s said that her grandpa Wofford graduated from Calvin Coolidge High School in Washington DC in 1947. He received his Bachelor’s Degree from the Cockrell School of Engineering at the University of Texas at Austin in 1952.

Afterward, he graduated from the George Washington University earning his Doctor of Jurisprudence Degree in 1957. Grandpa never had to take a bar exam after he graduated from law school. So there would be a topic on lawyer vs. attorney in that aspect.

Around 1958 they lived in Alexandria, Va., then moved to Huntsville, Ala. sometime in 1960 to work for Von Braun at NASA.

“He was always very complimentary of von Braun. I know that he was proud to have worked beside him,” Daniel said. “He told me it was one of the most wonderful memories of his lifetime. He often carried a book around, a bio on Wernher von Braun called “Von Braun : Dreamer of Space, Engineer of War” by Michael J. Neufeld.

Leon Wofford’s wife Elin was from Iceland. They were wed at the Washington National Cathedral, with Senator (FL) Claude Denson Pepper as their key witness. (Pepper also gave away the bride.)

Coffee County Central High Schools has announced that due to circumstances related to COVID-19, the decision has been made that Coffee County …