For only $3.00 for the first three months, get The Manchester Times delivered to your home AND unlimited access to elkvalleytimes.com INCLUDING the electronic edition of the newspaper.

For only $2.49 per month receive 3 months of full, unlimited access to manchestertimes.com for a full year! INCLUDES the electronic version of the full newspaper! 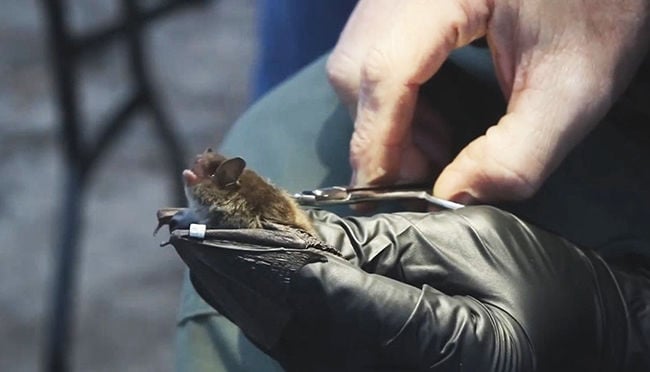 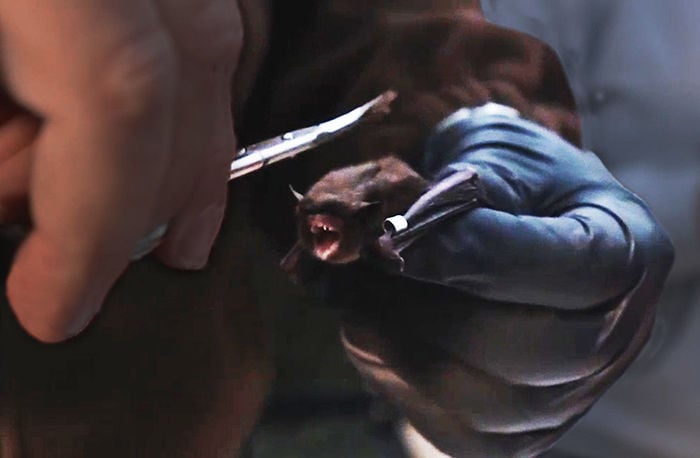 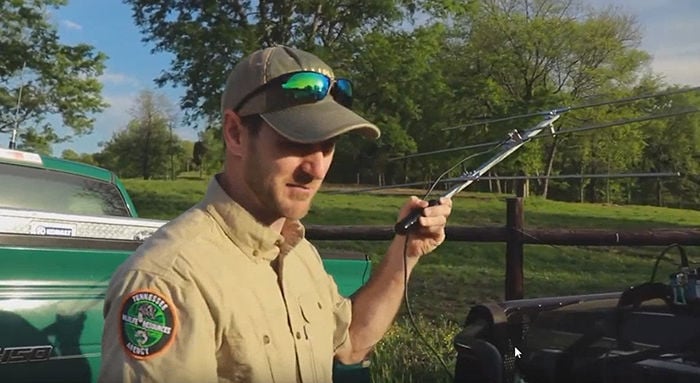 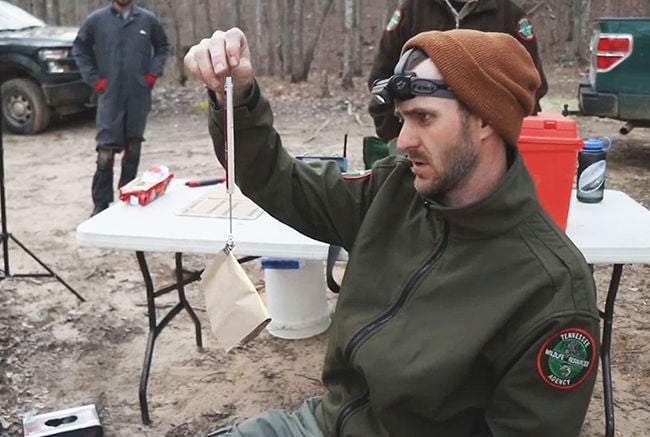 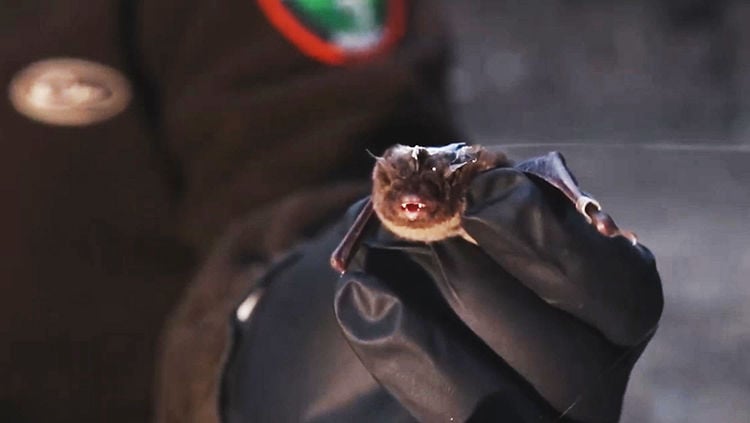 Researchers from the Tennessee Wildlife Resources Agency are teaming up with the Nature Conservancy in Tennessee in an effort to better understand the habitat needs of an endangered bat species in the state.

The Indiana bat has been a federally listed endangered species since 1973. Their numbers have been in decline in Tennessee since the discovery of White Nose Syndrome, a fungal disease that affects cave roosting bats.

“The Indiana bat uses two types of habitat,” said TWRA Biologist Daniel Istvanko. “They spend the winter in caves and then during the warmer months they will be on the landscape roosting in the forest.”

Biologists are focusing on female Indiana bats. When the females leave the cave they will be migrating to an area to establish a maternity colony. This is where they will have their young and also the area that researchers want to identify and work to protect.

TWRA Wildlife Diversity Coordinator for Region III, Chris Simpson says, “In the past we have made efforts to protect the winter habitat of bats by installing cave gates to limit disturbance during their hibernation, so now we are looking to see how we can protect habitat the Indiana bat requires during the summer months.”

Tracking the bats to their summer home is made easier through the advent of technology. Biologists trim fur from between the bats shoulders and apply a small radio transmitter using a drop of surgical glue. The glue breaks down in about 20 days and the transmitter falls off, but not before researchers are able to find the roost tree.

Researchers use a plane to fly over the suspected area with a special receiver to detect a signal. Once the general direction and location is found, ground crews move in and locate the exact tree using a smaller hand-held receiver.

“Usually the bats are found in agricultural areas right on the edge of fields. The trees that they pick are dead, but not just any dead tree will do, they prefer trees where the bark is sluffing off,” says Simpson. “The bark pops loose at the bottom and is still connected at the top, creating a space between the bark and the trunk of the tree that the bats can crawl up in.”

Dead trees with a suitable bark for roosting do not last very long in the forest and landowners will often get rid of dead trees found on a field edge. Dustin Thames found this latest maternity colony tree and was able to save it from the blade of a dozier.

“I got out to this piece of property and discussed with the landowner what I would like to do. He was very interested in the project”, said Thames, “Once I gained access to the land I found a dead tree right on the edge of a drainage that if I hadn’t identified it when I did would have probably been pushed down.”

The goal of this project is to work with landowners to protect areas where these trees are found and possibly enhance the area with artificial habitat that will provide summer habitat for a longer period of time.