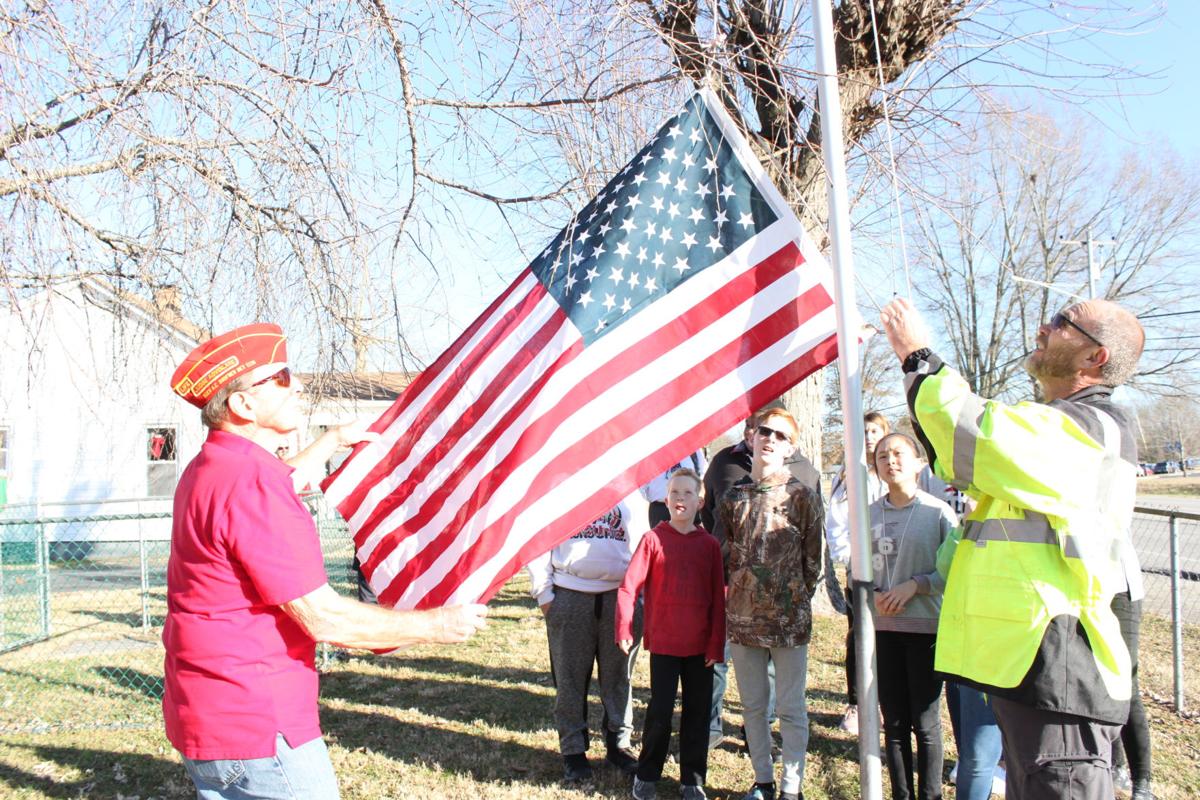 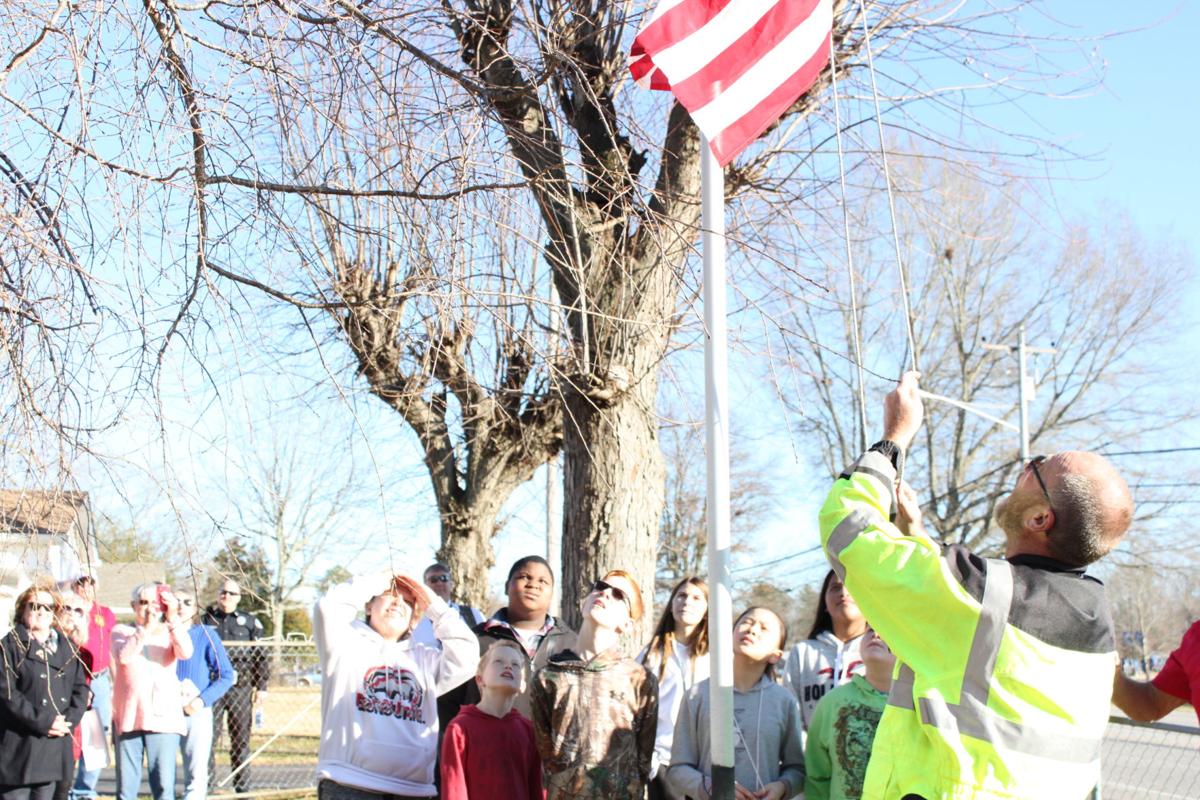 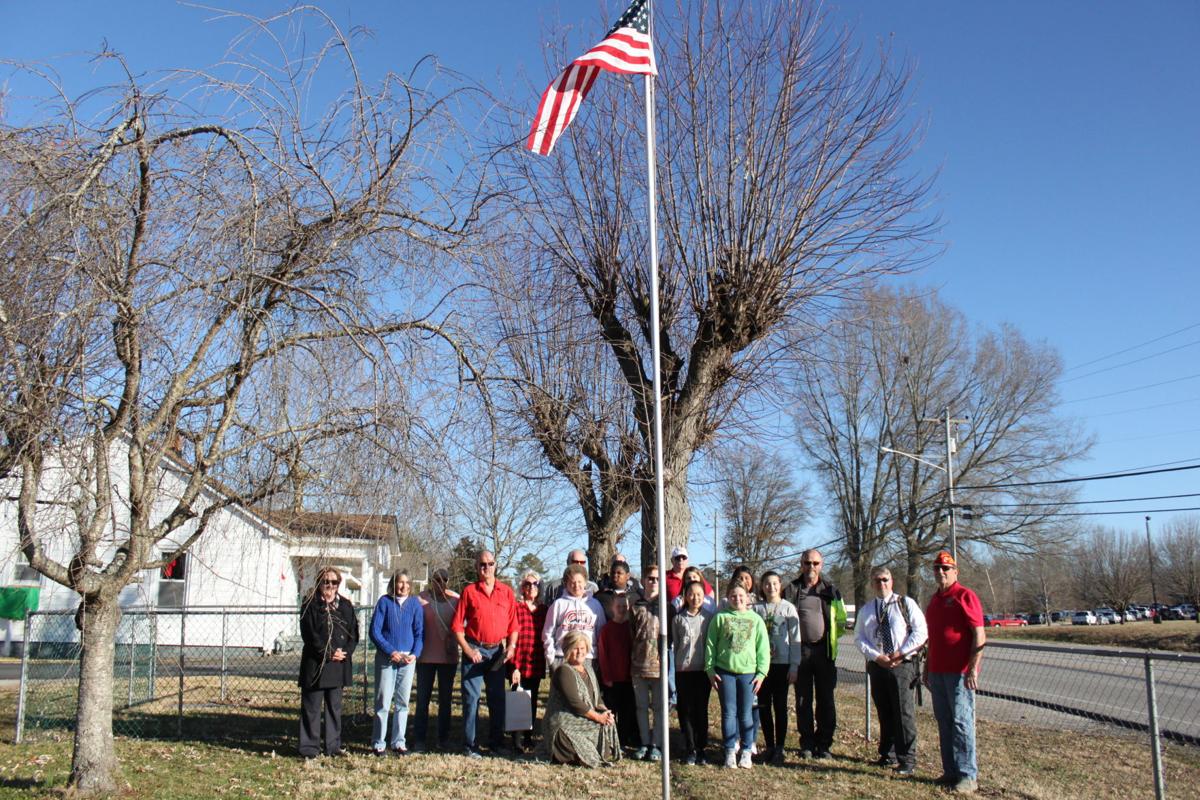 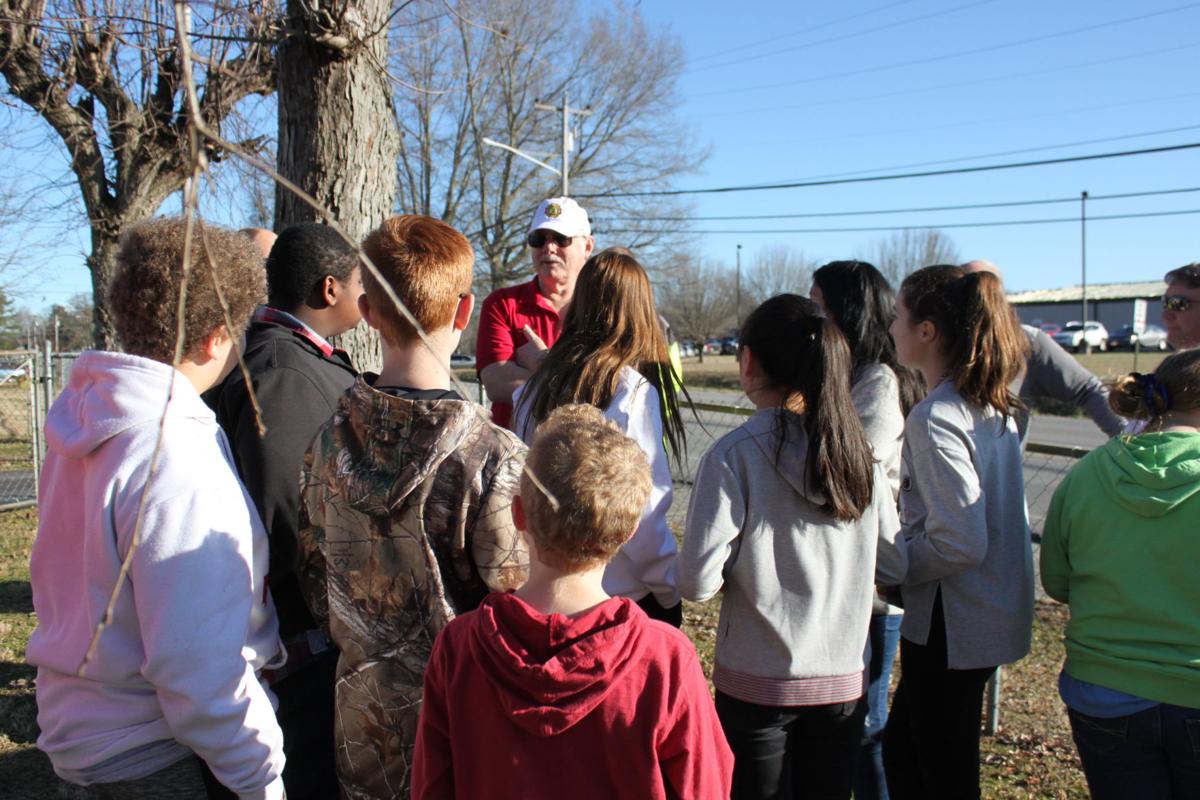 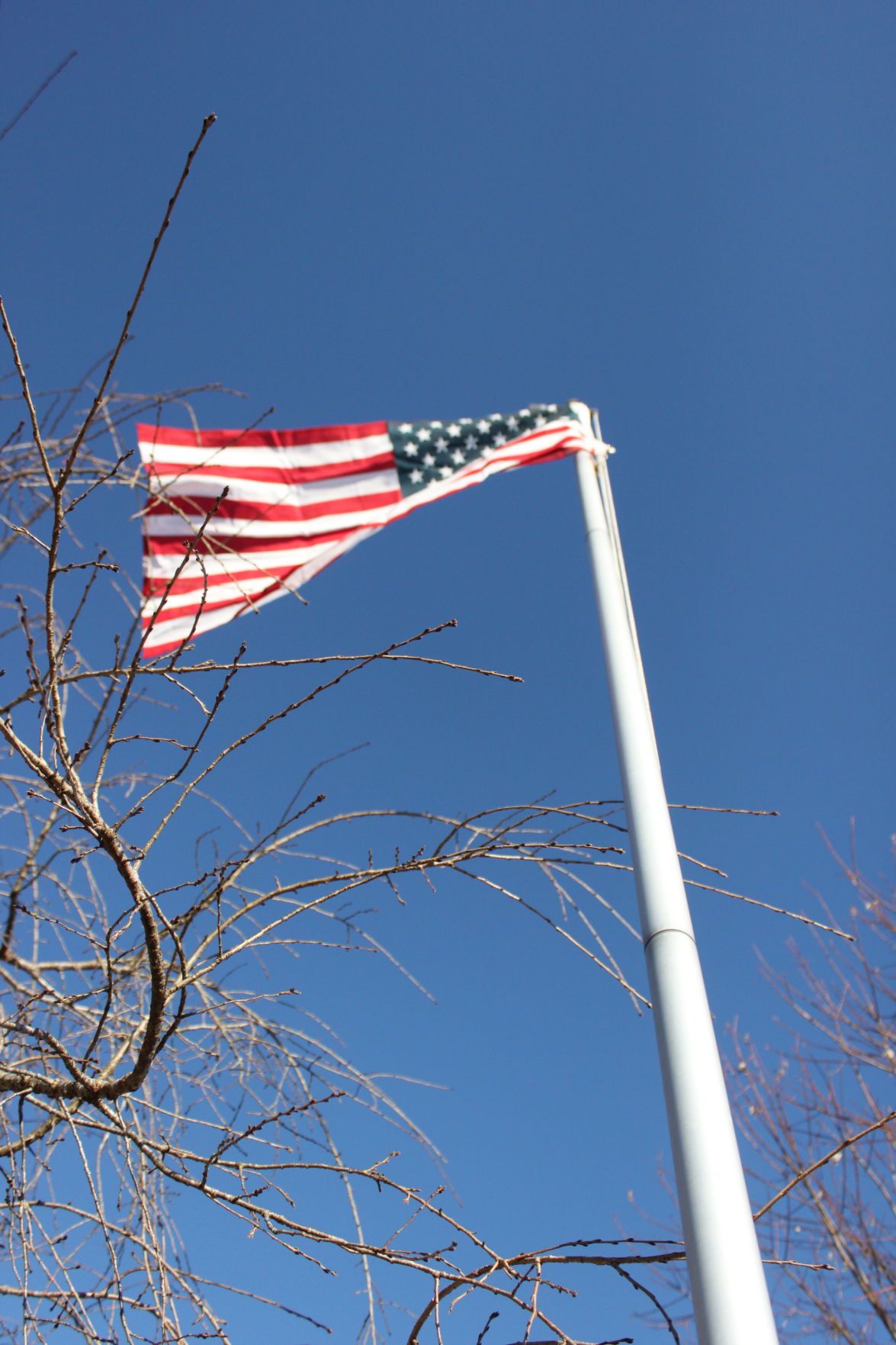 Members of the local VFW and faculty and students of Westwood Middle hold a flag raising ceremony at neighbor’s home. The school repaired the owner’s broken pole and replaced a tattered flag.

Reaching out to others is a primary task for Westwood Middle School’s new Student Ambassadors group.  Fittingly the group’s first action was to participate in a flag raising ceremony for a local resident who was unable to swap his tattered flag.

Assistant Principal Jim Dobson noticed that longtime neighbor, Ulysses Ray’s flag had become tattered. When he approached Ray, Dobson learned that the flagpole’s upper pulley had seized, trapping the flag out of reach.

Dobson said that this was a neighborly thing to do.

“We care for our neighbors in the community. Turns out he was a veteran, so it was a chance to show a little honor and respect,” he said.

Manchester City Schools Director of Maintenance Donnie Turner stepped in and repaired the pole, while the school acquired a new flag for Ray.

“I repaired the mechanism on top.  (He) always had a flag flying,” Turner said. “He’s sat there and watched over the system for over 60 years. It was the least we could do.”

As it turns out, Ray’s late father was a World War II veteran.

“My dad supported WWII veterans. This means the world to me,” Ray said.

Ray explained that he could not get the flag down and his brother had been hospital was unable to help.

“I know if daddy was here, he’d be tickled to death,” Ray said.

The tattered flag was given to the VFW for proper disposal.

“We wanted to make this occasion special for him,” said VFW commander Kimberly King. Several veterans attending the ceremony explained to the students the importance of the flag and its proper handling.

Westwood’s Student Ambassadors plan school celebrations, design cards and incentives and will give tours of the school to new students in the coming year. The group consists of four students per grade.