Starting at
$2.99 for 30 days
Get Started
View all rates
You are the owner of this article.
Edit Article Add New Article
You have permission to edit this article.
Edit
Home
News
Sports
Living
Arts & Entertainment
Special Sections
Classifieds
Obituaries
The Job Network
Coronavirus News
1 of 2 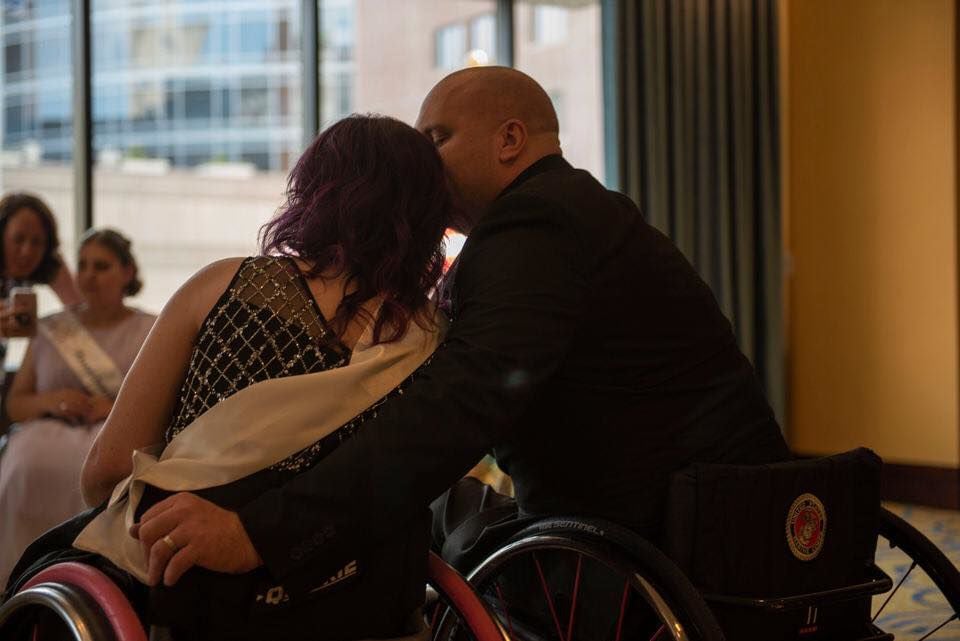 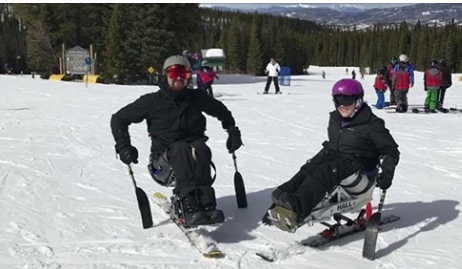 Part of Wes and Lindsey’s buck list was skiing. In 2017, they tried adaptive skiing at the National Sports Center for the Disabled in Winter Park. CO. For more information, go to NSCD.org

Part of Wes and Lindsey’s buck list was skiing. In 2017, they tried adaptive skiing at the National Sports Center for the Disabled in Winter Park. CO. For more information, go to NSCD.org

Hometown girl Lindsey Becker and her husband, Wesley, have faced their share of obstacles; still their love of life and each other is evident to all they meet.

Lindsey, a Coffee County Central High School graduate, said that she knew that Wesley was the one while shopping at a mall bookstore.

“Wes and I were dating long-distance at the time still but he was home for a couple of weeks while I was on Christmas break. We were in a bookstore at Green Hills Mall in Franklin. He showed me a book (I honestly don’t even remember what the book was) and it just sort of hit me… I was in love,” she said.

Lindsey, a writer, blogger and activist, explained that the two met outside her apartment.

“About 9 months after Wesley’s accident, he, his girlfriend at the time and some of their friends were hanging out outside at my apartment complex for 4th of July,” Lindsey recalls.

“We didn’t know each other yet. I was just heading into my apartment when he spotted me. I was the first female in a wheelchair close to his age that he had seen, so he called me over and we chitchatted about accessibility in my apartment and other disability-related things and then we parted ways.”

Later on, unbeknown to Lindsey, her new roommate was Wesley’s (then) ex-girlfriend’s sister the same girl he was dating when we first met.

“How ‘meant to be” is that!’ He moved to California four days later and we somehow managed to get through about nine months of long-distance dating before I ended up moving to California for a summer and then we moved back to Tennessee together after that,” she said.

For Wesley said giving is important to who they are.

“We both have trouble saying no, even to each other. We ‘get’ when the other needs something and we are both fully willing to put the other before ourselves. It is also nice that we give to people and organizations in need. We donate to, volunteer for and support multiple local and national non-profit organizations and it has been really rewarding for our marriage,” he said.

In 2013 Lindsey was diagnosed with thyroid cancer. Writing became an outlet,  as did a bucket list of things that she wants to do, a break from the doctor appointments, the stress and the changes that the diagnosis had brought into our lives.

At only 27 Lindsey and Wes were facing the most difficult and that chapter, but Wes was ever by her side.

“The bucket list brought us closer together because it created chances for us to take more time for us and just really focus on the good that was in our lives through the journey. We traveled to places we had never been to and experienced things together like adaptive snow-skiing. I had been once before when I was younger and it was a really amazing experience to get to go together and to watch him experience something new too,” Lindsey said.

“We have been very fortunate to have opportunities like that and we always ended up feeling closer after them because we know we have just experienced an amazing moment together. Along the way, I personally faced some fears too (like my fear of heights) and we have some funny stories to tell through those experiences. Laughter is a huge part of our marriage… so is music. We’ve also seen my love of music turn into meaningful experiences.

Number one on the list was to meet Keith Urban for the first time.

“I got to see him perform shortly after my first thyroid surgery) and I knew I just had to meet him someday. I put that goal out into the world through my list and some friends made it happen. That moment led me to turning my love for music and supporting artists into creating one of my websites ShineOnMusicCity.com – Wes always tells me that he loves when I come home after meeting a new artist and how excited I am.

“Music has been an important part of our journey through life over the past few years. The phrase: ‘Happy wife. Happy life.’ definitely applies here. We both love giving to others and to different organizations too though. Being able to serve our community in any way is something really rewarding and it is something that really brings us even closer together. The bucket list gave us a reason to do more.”

Secrets of being together

According to Lindsey, the secret to happiness is never stop “dating” each other.

“We always make sure to carve out time for just us. Making sure you are on the same page on the big stuff is so important too,” she said.

“Respect for one another, communication and compromise are essential. Our tastes in music are wildly different but he has still been to almost 50 Keith Urban concerts with me and I still go to his favorites too. We’re also really silly together.”

One of the other big things is to celebrate milestones like his motorcycle wreck anniversary and her  “cancerversary,” their  first date anniversary and 10 years of marriage.

“We know that every single one of those milestones (even the not-so-great ones) are how we have gotten to where we are today,” she said.

“He’s done some incredibly sweet things over the years… everything from getting me a Meet & Greet with Keith Urban…. to surprising me this summer while I was at Ms. Wheelchair America 2020 mentoring a couple of the ladies by having some of my favorite Nashville musician friends come in from Nashville to Little Rock, AR to surprise. He knew my official five-year cancer-free anniversary was going to fall on a date right after we got back from that trip and he knew we wouldn’t be able to do much in the way of celebrating. We weren’t sure what the results would be when we got back but he made it special and it really made everything feel full-circle because it brought 2 very, very important parts of my life together into one room and it was a complete surprise to me. Not only that, but he treats the ladies in my Ms. Wheelchair sisterhood on the state and national levels with the same amount of love that I do and I know it means something to those ladies to know they have a support system. Plus, I think he still likes being referred to as “Mr. Wheelchair Tennessee”.

Looking at the Future

“Hopefully, children one day and most likely more dogs. We’ll see what happens… and what he’ll let me get away with,” Lindsey said.

Q&A: Wes Becker in his own words

When you two met, what was the first thing that thought when you saw Lindsey?