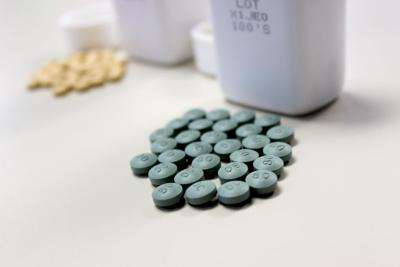 [Editor’s Note: This is the third article of a five-part series examining the impact of drug addiction on the community. It focuses on the importance of early prevention and the efforts of the Coffee County Anti-Drug Coalition to tackle the problem. Prior installments can be read online at manchestertimes.com.]

Curbing the drug abuse crisis starts with preventing addiction, and that’s the goal of the Coffee County Anti-Drug Coalition.

“Our main focus is prevention,” said Margaret Cunningham, chief executive officer and one of the founding members of the coalition.

“We pull resources together to address the opioid and alcohol problems for youth in our community,” Cunningham said. “We facilitate collaboration among other resources to gather up better prevention methods.”

The coalition is involved with drug take back events for disposal of unused drugs. These events are organized twice a year in conjunction with the federal drug take back program, said Cunningham.

After the coalition hosted one of the first disposal events in Tennessee, Cunningham said, it was evident that medication disposal was needed.

The organization worked with the Coffee County Sheriff’s Department, the Manchester Police Department and the Tullahoma Police Department to establish a permanent drug disposal program, including drop boxes available to the public at any time in the lobbies of all three departments.

“We also collaborate with volunteers and pharmacies in Manchester and Tullahoma,” Cunningham said. “We have good coverage and participation from both communities.”

These partnerships led to launching Count it! Lock it! Drop it! (CLD), the main initiative for the coalition, which focuses on raising awareness of drug-related dangers.

“Our surveys show most people get their prescription drugs from family members or friends, mostly family members,” Cunningham said.  And so, she said, keeping those drugs locked is crucial.

Individuals who have prescription drugs rarely keep a count of their medications, so missing pills often go unnoticed.

Since its beginning in 2011, the Count it! Lock it! Drop it! program has expanded throughout the state.

“BlueCross BlueShield picked up the program as a statewide initiative, and it’s currently in about 90 counties in Tennessee,” Cunningham said.

CLD stresses the importance of keeping a count of remaining pills, keeping medications locked and disposing of unused medicines responsibly. To aid the effort, the coalition offers helpful tools – such as counting charts and home lock boxes – free of charge.

“We provide the lock boxes and a kit that explains to people what they need to do,” she said.

The coalition shares information with members of other communities throughout Tennessee working to prevent addiction.

“It is a major effort – if you don’t have access to the prescription drugs, you can’t abuse them,” Cunningham said.

The drug take back events and CDL initiatives have both seen success.

“Every time there is a drug take back there is more participation because people are becoming more aware of the event,” she said.

At the fall 2017 drug take back event, more than 29,700 pounds of medication were collected across the state.

Equipping young people with knowledge about the dangers of drugs is also a priority for members of the coalition, who collaborate with Tullahoma City, Manchester City and Coffee County schools. The earlier the problem is curbed, they say, the lesser the negative impact to the community will be.

Fighting drug addiction will ultimately save lives –1,776 Tennesseans died from drug overdoses in 2017, the highest annual number of such deaths since reporting began.

Though when the coalition was first created meth was the main problem however, over time, drug addiction has shifted, said Cunningham.

“The opioid crisis is so prevalent,” she said.

“There is hardly anyone you know that doesn’t have a family member or a friend addicted to opioids,” Cunningham said. “There is always going to be something – opioid, alcohol or meth – it’s a societal problem that hits every community and every income level.”

Addiction is a “sneaky thing” and it can start as simply as being addicted to a smartphone, said Cunningham. “Addiction has an interesting reaction on the brain and how the brain works.”

That’s the reason focusing on the youngest members of the community is essential.

“Once the brain is affected by drugs – marijuana or any of the heavier drugs – it never goes back to what it was before,” Cunningham said. “If they don’t start on drugs, then it doesn’t affect their brains, and it’s easier to keep the brain going in a more positive direction.

“Reiterating the importance of good, responsible use of your prescription drugs, and teaching the youth to stay away from alcohol and the drugs, is one of the most important things.”

“Everything we do is evidence-based,” Cunningham said. “These prevention methods are evidence-based, and the surveys we do help prove and reinforce the fact that our programs are having some effect.”

Surveys with students from Tullahoma High School and Coffee County Central High School in 2017 revealed 8.7 percent of students had in the prior month used pain medication, contrasted with the national rate of 4.8 percent, according to Cunningham.

“We survey the school systems in the fall,” she said. “Tobacco is also a problem. We want to increase the perception of harm and decrease the use.”

Cunningham said the success of the CLD will be measured through follow-up surveys, which, she hopes, will show the positive effect of the initiative.

Elena Cawley can be reached by email at ecawley@tullahomanews.com.

Tammy Delmage stole from family members and sold drugs to feed her addiction through the years. She is one of many who ended up in jail becaus…