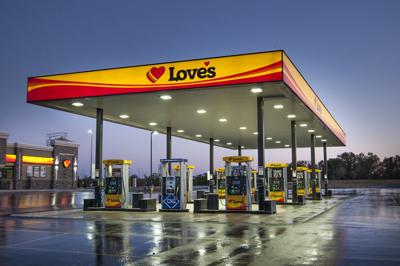 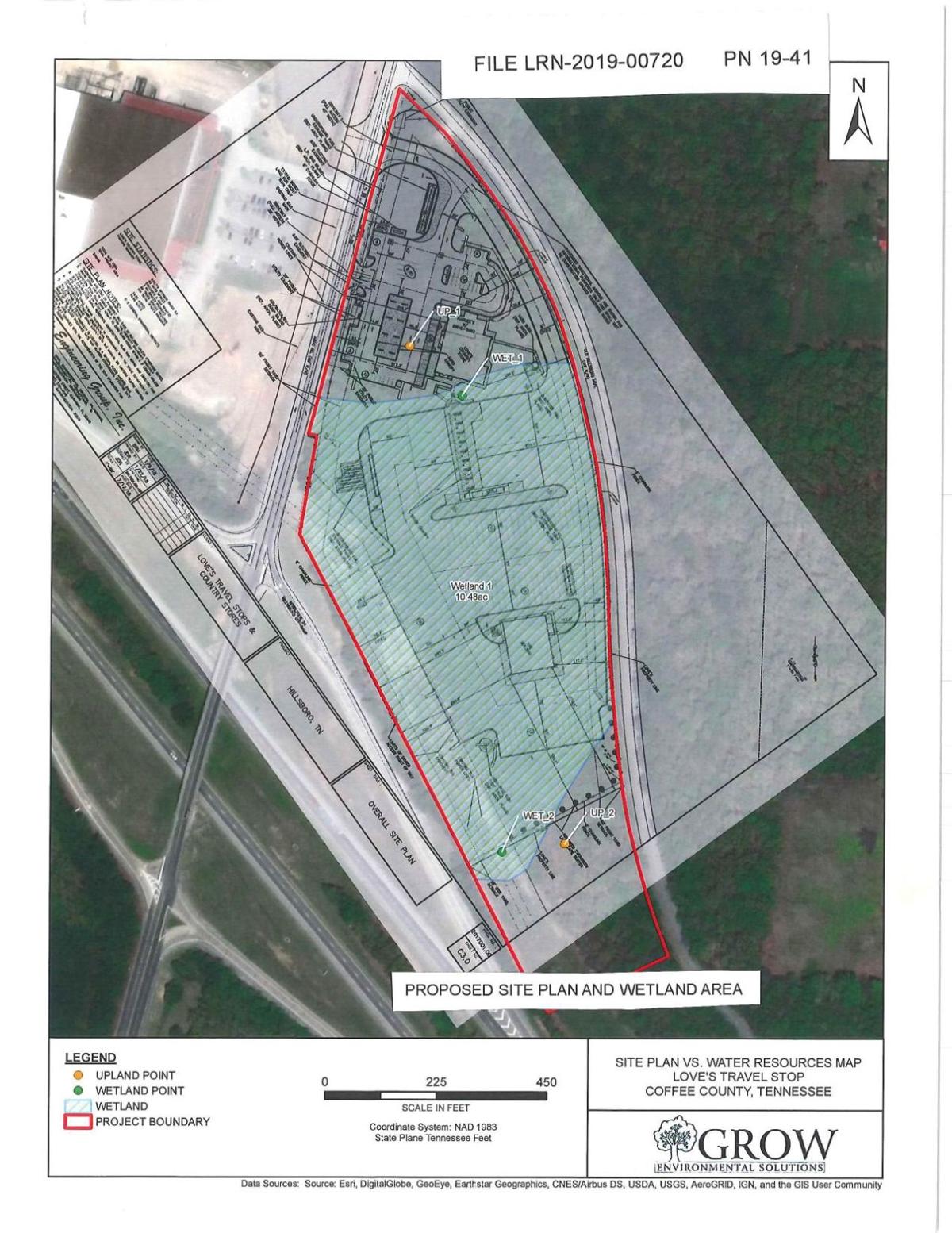 Developers with Love’s Travel Stops and Country Stores have submitted an application with the US Army Corps of Engineers concerning construction of the proposed store near Interstate-24 exit 117 on the AEDC Road.

The application proposes compensatory mitigation for wetlands impact in the affected construction zone.

According to Army Corps of Engineers’ public notice, the applicants intend to discharge fil material into 10.48-acres of wetlands south of Manchester to allow the preparation of the 17-acre track for use as a commercial business.

“The site is primarily emergent/forested wetland area with surrounding uplands. Past disturbances to partial sections of the property have occurred from logging and highway and powerline construction,” the document reads.

No streams will be affected by the construction.

Developers told the Army Corps of Engineers that site is their preferred location due to proximity to the interstate, Manchester and limited semi refueling locations nearby.

They also indicated that best management practices would be used to minimize water quality impacts.

The applicants proposed to the government compensatory mitigation for the 10.48-acres of wetlands. A baseline wetland assessment was performed by Tennessee Rapid Assessment Method for Wetlands and scored 39. The mitigation land received a TRAM score of 58.

The mitigation plan submitted Oct. 22, calls for measures to be performed at a site eight miles southeast of the site, adjacent to Beans Creek, near Dickerson and Prairie Plains roads. The farmland is 22.5-acres of former pastureland. Drainage swales were used to route water around the fields into Beans Creek. The proposed mitigation would affect the area over time by providing a functional lift of resources by creating a high quality forested wetland.

The Army Corp. of Engineers will address the probable impacts of the actions on public interest and the best protection of resources. The government is seeking comments from the public concerning the proposed mitigation. These comments will determine if a public hearing is needed.

The area could potential contain threatened or endangered species including the Indian, Northern Long Eared and Gray bats species. A survey performed for the developers did not find any of the species in the proposed boundary. The site’s secondary growth forest could, however, be a summer nesting site for the bats, according to the Army Corps of Engineers.

Requests have been made to U.S. Fish and Wildlife Services for comments regarding possible threatened or endangered species in the 12-acres.

Before a permit can be issued, water quality certification is needed to be performed by the state Department of the Environment and Conservation.

The Army Corps of Engineers will accept public comments in writing through Jan. 6. Comments can be directed to Regulatory Division, attn. Amy Robinson at 3701 Bell Road, Nashville, TN  37214 or emailamy.m.robinson@usace.army.mil.

The Love's Travel Stops store is  $20 million project, including a truck stop, restaurant, store and a tire-maintenance facility.  It is expected to create more than 40 full-time jobs for locals, in addition to bringing tax revenues to the county. Construction was planned to start in 2018.