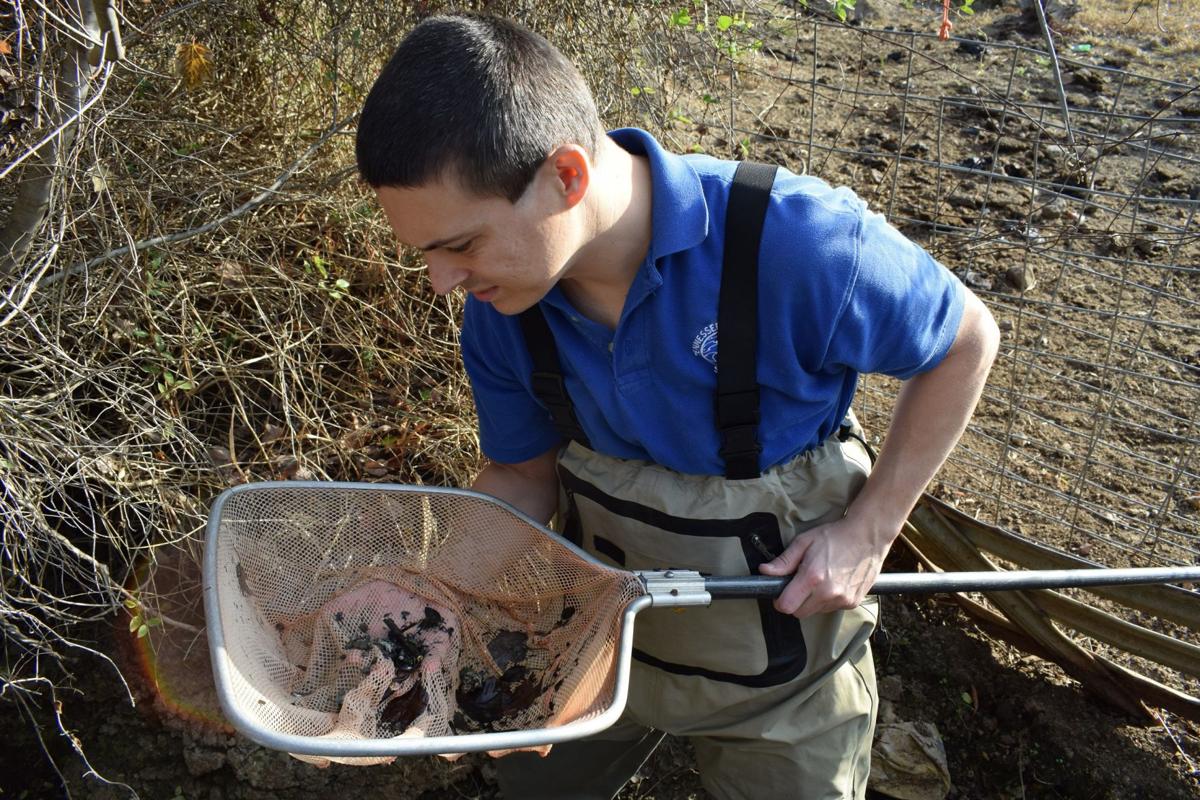 Matt Hamilton, curator of fishes with the Tennessee Aquarium, is one of those involved in restoring Barrens topminnow population. Barrens topminnows, or Fundulus julisia, were given protection as endangered species by the US Fish and Wildlife Services, which added this species to the Federal List of Endangered and Threatened Wildlife, effective Nov. 20. 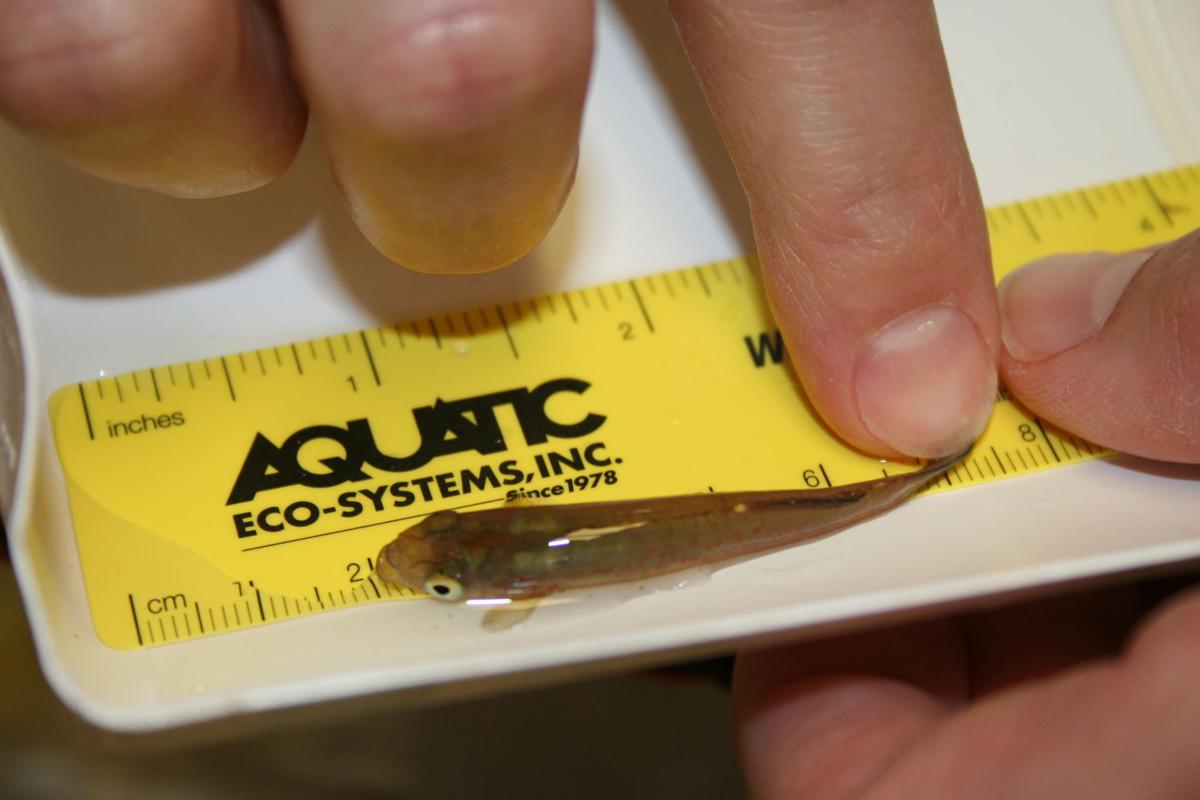 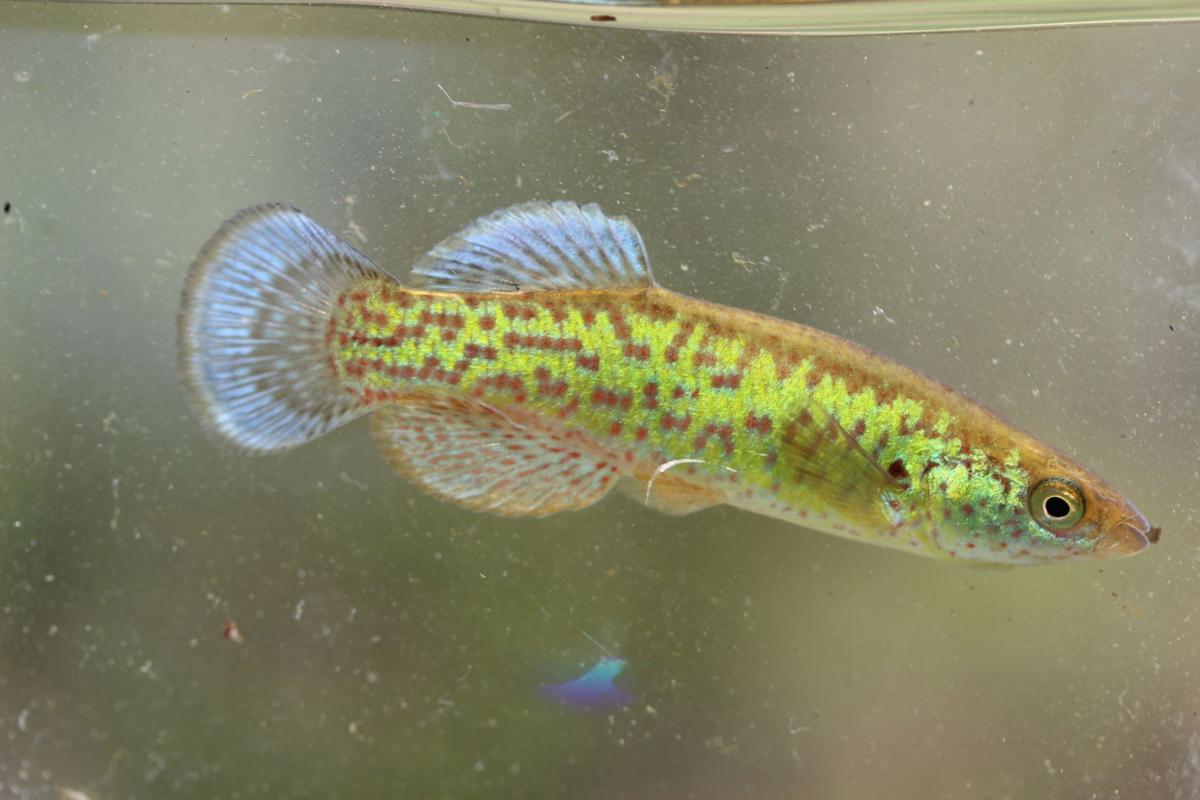 Matt Hamilton, curator of fishes with the Tennessee Aquarium, is one of those involved in restoring Barrens topminnow population. Barrens topminnows, or Fundulus julisia, were given protection as endangered species by the US Fish and Wildlife Services, which added this species to the Federal List of Endangered and Threatened Wildlife, effective Nov. 20.

Barrens topminnow, a freshwater fish species, lives on the brink of extinction and the only places in the world it is still found are Coffee, Cannon, Dekalb and Warren Counties, Tennessee.

Barrens topminnows, or Fundulus julisia, were given protection as endangered species by the US Fish and Wildlife Services, which added this species to the Federal List of Endangered and Threatened Wildlife, effective Nov. 20.

Several agencies have partnered with local farmers to protect the fish.

Steve Cunningham is one of the Coffee County farmers supporting naturalists in their efforts to restore Barrens topminnow population.

“We have a medium-sized farm in the Ninth Model area of Coffee County,” Cunningham said. “Barrens topminnow is a species (naturalists) found in some places, and they know that it used to be in other places. They wanted to reintroduce it into some of the streams.”

Nature Conservancy, US Fish and Wildlife, Natural Resources Conservation Service and the Tennessee Aquarium have worked to protect and restore the population, by reintroducing Barrens topminnow into the streams.

Cunningham said the partnership has been very successful.

“Farmers are very skeptical of people from the government, but we had good people to work with,” he said. “They had a plan. The Barrens topminnows were raised in Tennessee Tech, and then they would bring them and reintroduce them into sites they picked. They had sterilized those sites; in other words, they had to simply kill the fish that were in there because they wanted no competition.

One species is at great disadvantage, said Cunningham.

To ensure there’s no competition, naturalists clean the sites to reintroduce Barrens topminnow.

“They put this fish in there and it’s quite a process – they would bring the fish in bags of water, set the bags into the stream to slowly let the temperature change and take effect, and then open the bags and let the fish out.”

The program has seen a success because of the joint efforts of everyone involved.

“Some species, in my opinion, are destined to go extinct,” he said. “I am proud of the farmers. When they heard the story about Barrens topminnow, they protected Little Hickory Creek, which runs through my farm, through another farm and all the way to Viola. We protected that (water) from almost its beginning all the way to Viola. And there is another creek which is bigger, Big Hickory, and we also protected it. It was a joint effort and it was good for everybody.”

The farmers had to fence most of the creek.

“We still have points we can allow our cows access,” Cunningham said.

Taking part in the efforts to restore the population, Cunningham has learned valuable lessons.

“Some things are destined to go extinct and some things can be prolonged,” he said. “We learn a lesson about water quality and about the environment. I met a lot of very interesting people. They are very passionate about what they do. We are very fortunate, and we had excellent people from Nature Conservancy, NRCS and US Fish and Wildlife.”

The Tennessee Aquarium has also been involved with the program.

“Our most recent program is geared towards building an ark population of individuals housed in human care at institutions in the aquarium and zoological community,” Hamilton said. “Our goal with this population is to preserve the species in the event of some kind of tragedy — like a severe drought, for example — we have a genetically robust population in captivity that we can use to reestablish populations in the wild.”

Restoring the population is essential, he said.

“It’s very important because this is a native fish,” Hamilton said. “As the Tennessee Aquarium, we should care about native species. We work to save species all around the world, but this particular fish is part of our natural heritage, and it’s important for us to help preserve that. This fish belongs here, and unfortunately, thanks in part to human activity, it needs our help.”

Hamilton expressed gratitude to individuals and organizations supporting the program.

“I truly am thankful for our partnerships with governmental agencies and non-profits, but especially the landowners where the few remaining populations of Barrens Topminnows can still be found,” Hamilton said. “Many of them were excited to help us. To save a fish facing as many problems as the Barrens Topminnow, it takes willing partners like these landowners to let us get in to do our work. Those relationships are crucial to preserving habitat for the few populations of Barrens topminnow that are left.”