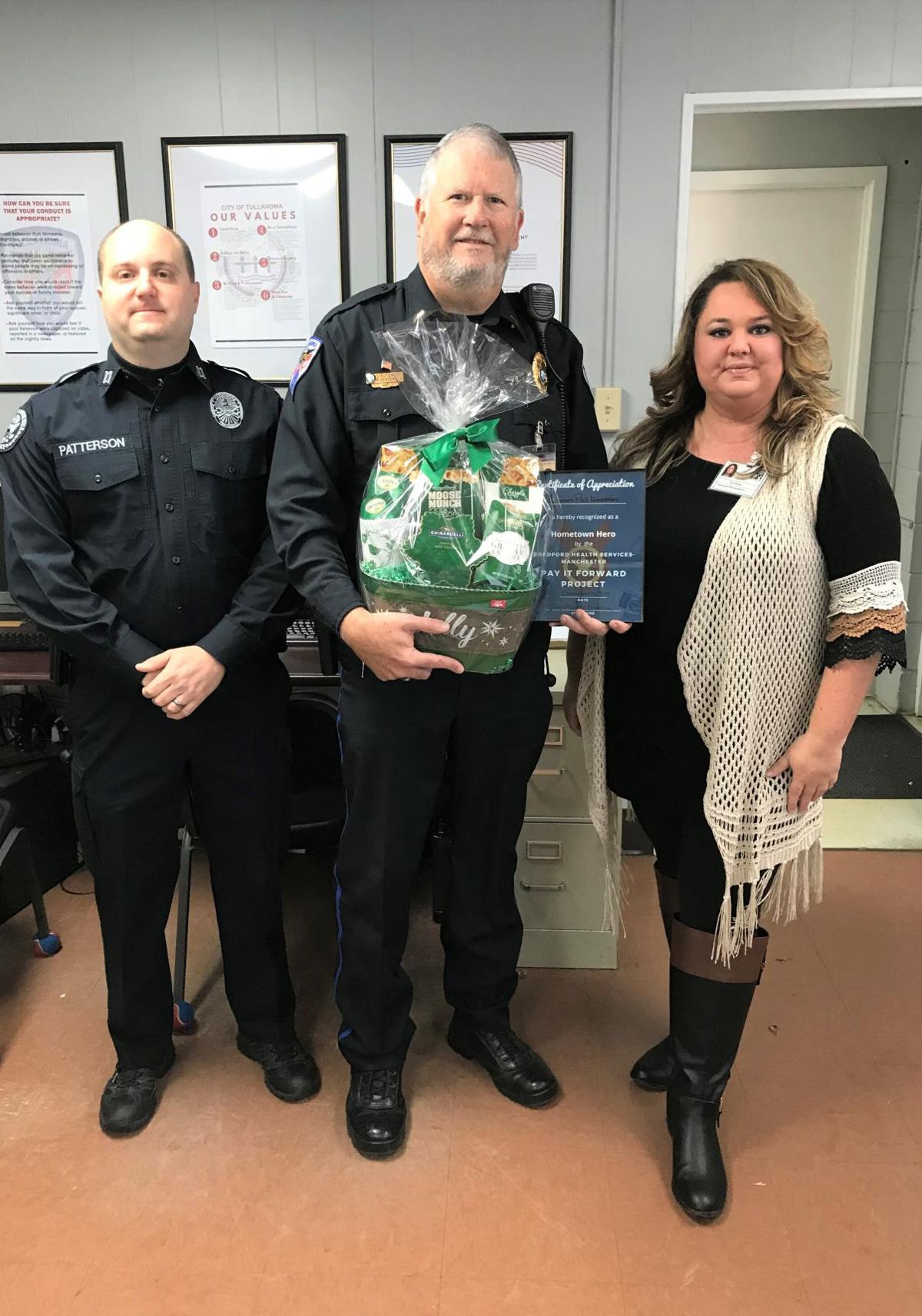 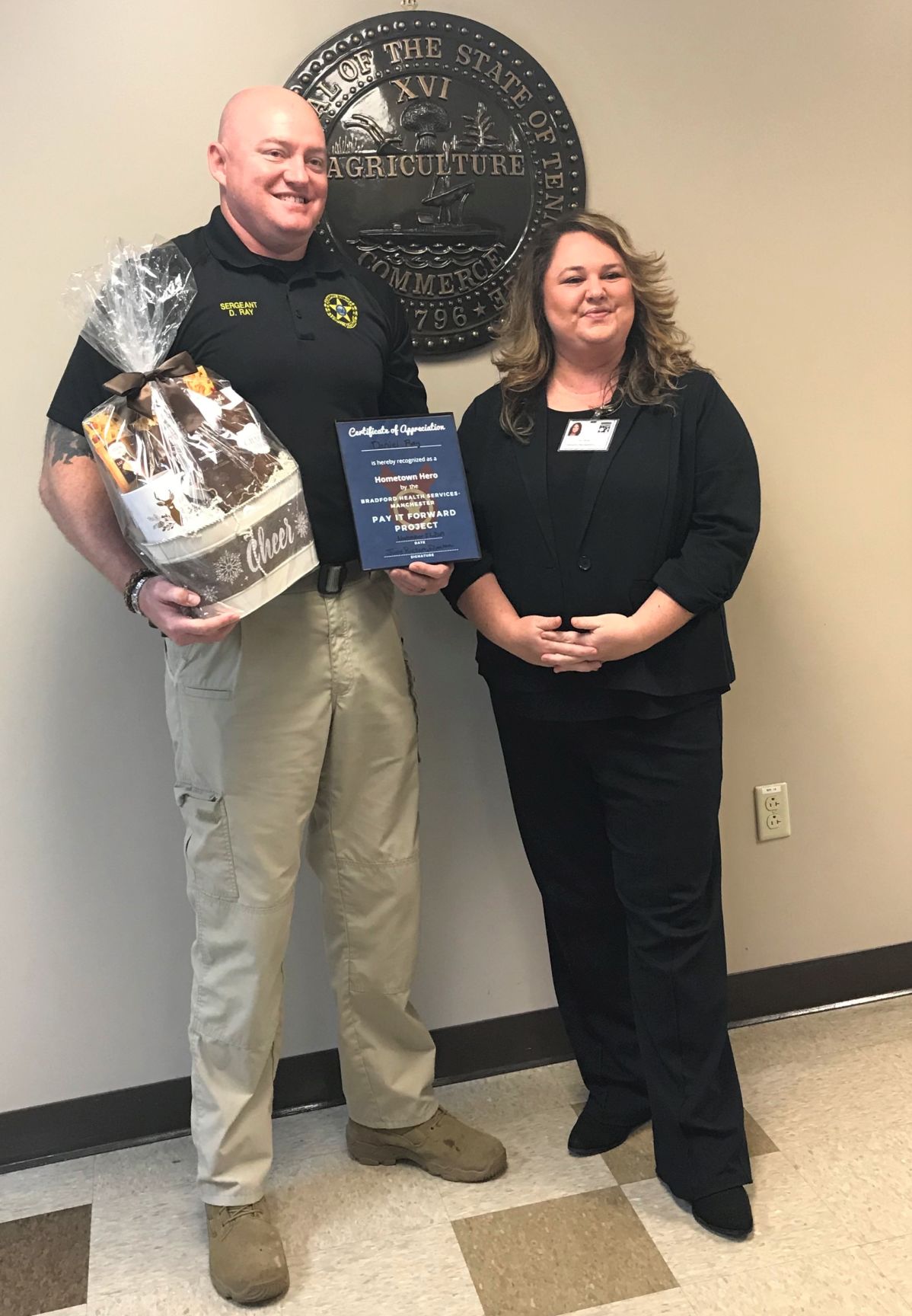 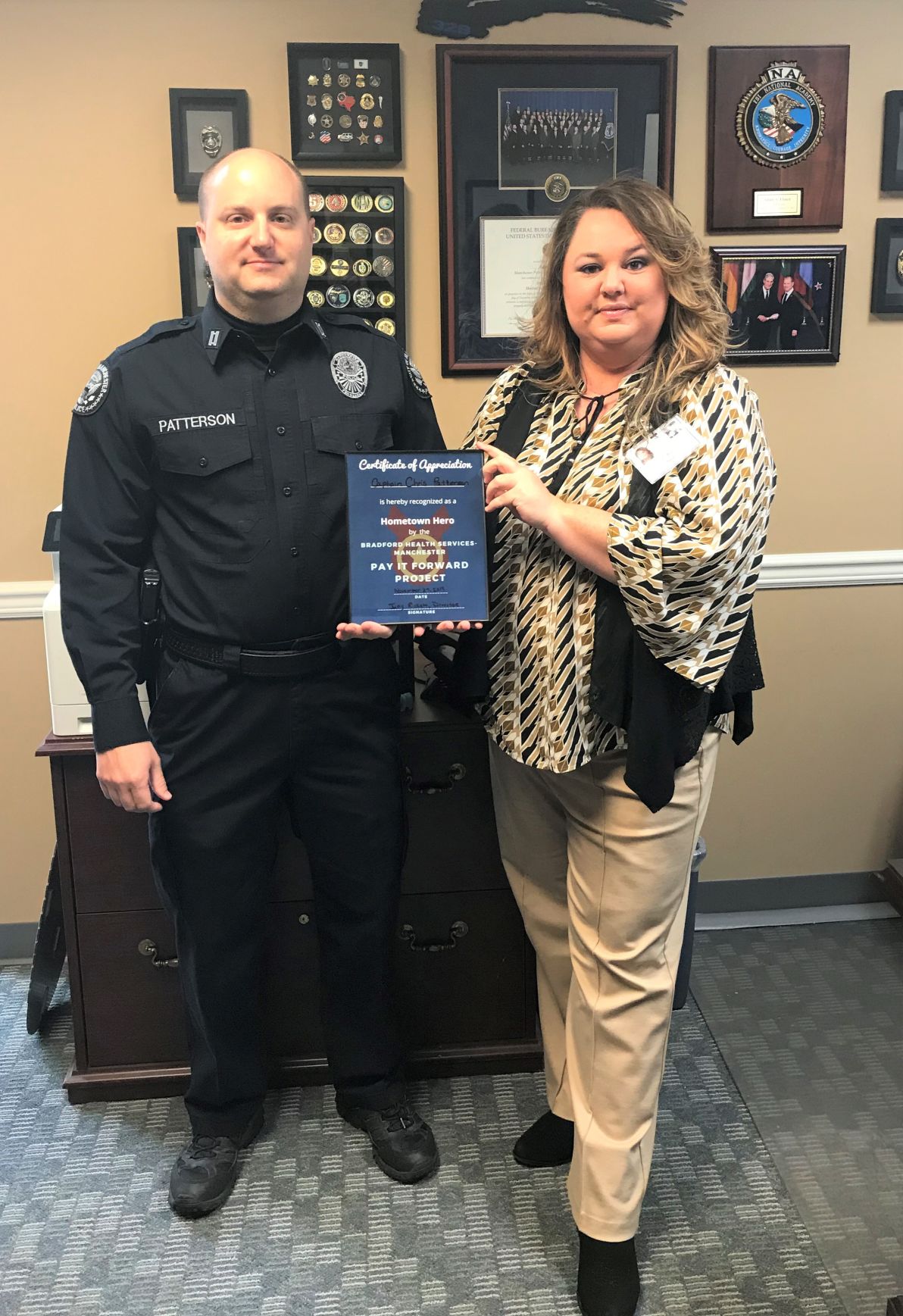 “As a community representative for Bradford Health Services – Manchester, I was searching for a holiday idea to celebrate people,” Bryan said. “I was thinking about how we, as a community, need to share more kindness, love and encouragement toward one another.”

Bryan hoped the initiative will inspire others and “spread beyond the borders of our community.”

“So I began to think about how I’ve always enjoyed celebrations and talking with people about their passions in life and I simply asked myself, ‘How can I make a difference in someone’s life this holiday season?’” Bryan said. “When I answered my own question from within, I began to have the vision for this project.”

The initiative aims to honor “men and women that are making great sacrifices not only through the holidays but every day,” said Bryan.

“First responders and medical communities sacrifice time away from their families,” Bryan said. “They are often put in dangerous situations, and still they choose to run to a crisis situation instead of run away. So I wanted to ‘pilot’ a project with my organization that would honor and celebrate them.”

The purpose of the project is to show gratitude.

“We are grateful for members of this community, and to be a part of a community with these honorees is a privilege,” said Judy Rickett, administrator for Bradford - Manchester. “Bradford Health Services in Manchester wants to give back to the first responders/medical hometown heroes because they so freely give of themselves. Our community sees daily compassion, empathy and profound character from these heroes whether they are in or out of uniform. We are humbled to have them as members in our community, working together, trying to make a difference in someone else’s life.”

The project was kicked off by taking nominations for the first local hometown hero, said Bryan.

“(The nominees) had to be actively employed in the first responder or medical career field, along with a strong work ethic and good character,” Bryan said. “After many wonderful nominations, Bradford – Manchester chose the first honoree to be Sgt. Daniel Ray from the Coffee County Sheriff’s Department.”

Captain Chris Patterson of the Manchester Police Department was the next honoree.

The third honoree was Lieutenant Phil Henderson of the Tullahoma Police Department.

“We will be honoring three more local hometown heroes,” Bryan said. “The most important part of this project is that these honorees feel encouraged and celebrated for the sacrifices they make each day. Everyone can say ‘thank you’ in some way, and implementing this project was the best way I knew how to say ‘thank you’ to them. Each honoree has received a $25 gift card for lunch, gift basket, framed certificate and other goodies.”