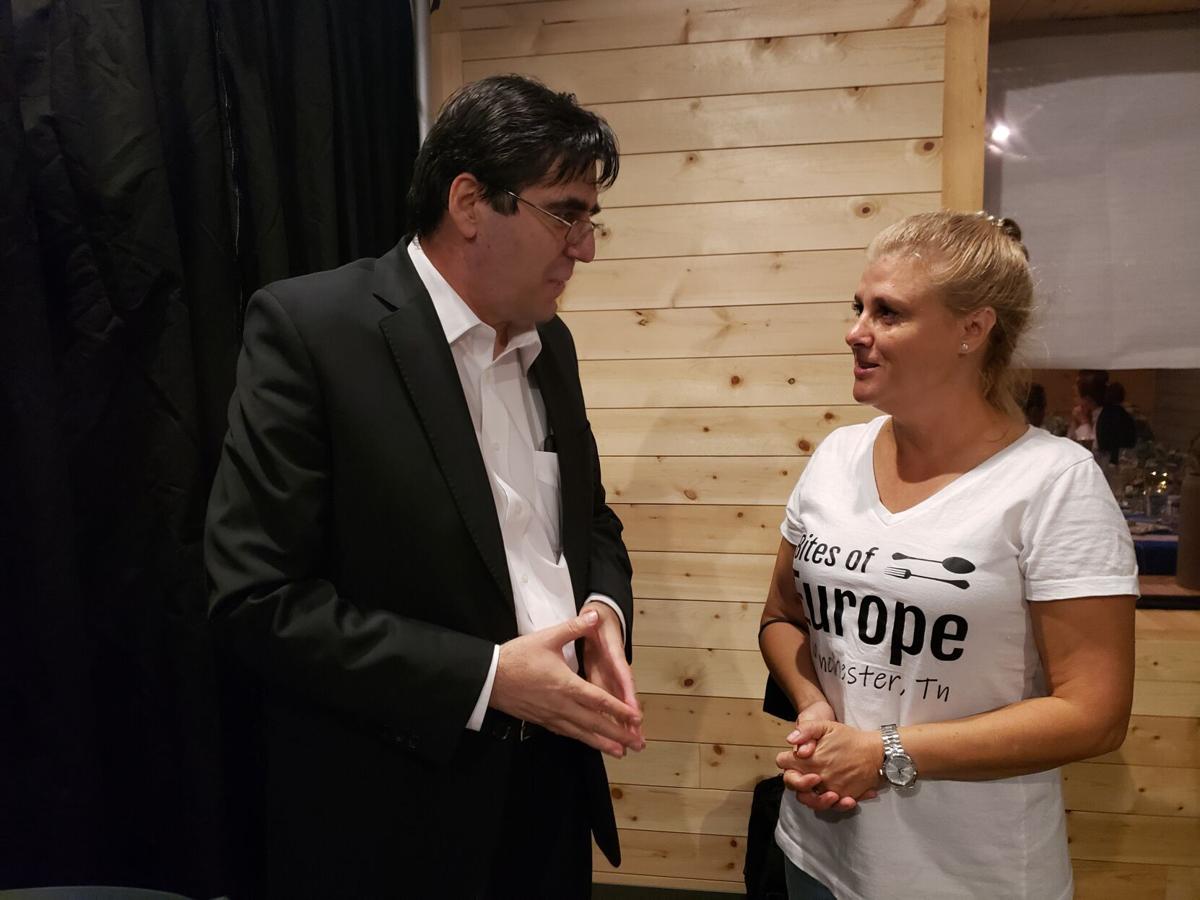 Bulgarian Ambassador to the United States Tihomir Stoytchev talks with Bella Greenwood, co-owner of Bites of Europe Restaurant in Manchester. 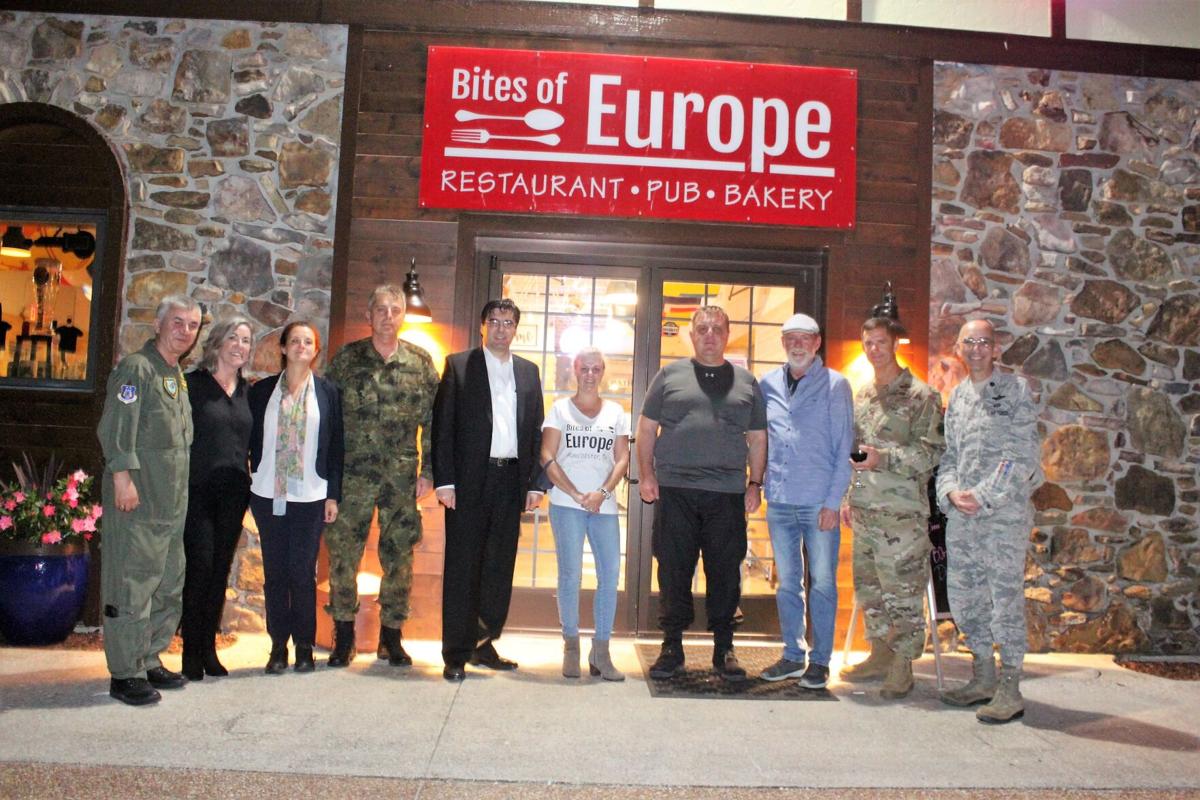 Bulgarian Ambassador to the United States Tihomir Stoytchev, Minister of Defense of Bulgaria Krasimir Karakachanov and other top officials with the Bulgarian Department of Defense visited Manchester Oct. 8. US Defense Secretary Dr. Mark T. Esper and Karakachanov signed a 10-year road map charting defense cooperation between United States and Bulgaria over the next decade, the US Department of Defense announced Oct. 6.

After visiting the area, the group enjoyed a dinner at Bites of Europe Restaurant in Manchester, owned by Bella Greenwood, who is Bulgarian, and her husband, Kevin.

Stoytchev has served as ambassador to US for four years.

“Bulgaria and United States are strategic partners and allies,” Stoytchev said, adding that defense and security cooperation is the focus of the partnership.

“We have had a very special relationship with the National Guard of Tennessee. This special partnership was established in 1993. That means for 27 years now, we have had a quite active relationship. More than 200 joined military-to-military events were conducted, and hundreds of soldiers from both countries have traveled to Bulgaria and vice versa to the United States. In Bulgaria, we have joined military facilities, we have joined exercises and training with the National Guard of Tennessee. Our ambition is to deepen this great partnership.”

And this is the purpose of the visit, said Stoytchev.

Stoytchev said the group hopes to return to Manchester again.

“Our ambition is to expand this military cooperation in different areas – trade, economy, education, culture, tourism, people-to-people contacts between Bulgarians and the Volunteer State.”

“More and more Americans are visiting my country – about 100,000 Americans usually visit Bulgaria per year,” he said. “I would like to invite the local people here to come to Bulgaria. Any American who visits Bulgaria wants to go again…They love Bulgarian food and the hospitality of Bulgarian people. The country is beautiful and very diverse. We have our Black Sea, with summer resorts, and a lot of mountains, with resorts for skiing and snowboarding in the winter. And we have a lot of mineral water springs in my country, about 1,600 mineral water springs. Americans are good friends and always welcome to visit.”

The Project Appleseed rifle marksmanship clinic will be held on Oct. 31-Nov 1 at Arnold Air Force Base, at Rifle Range Rd.