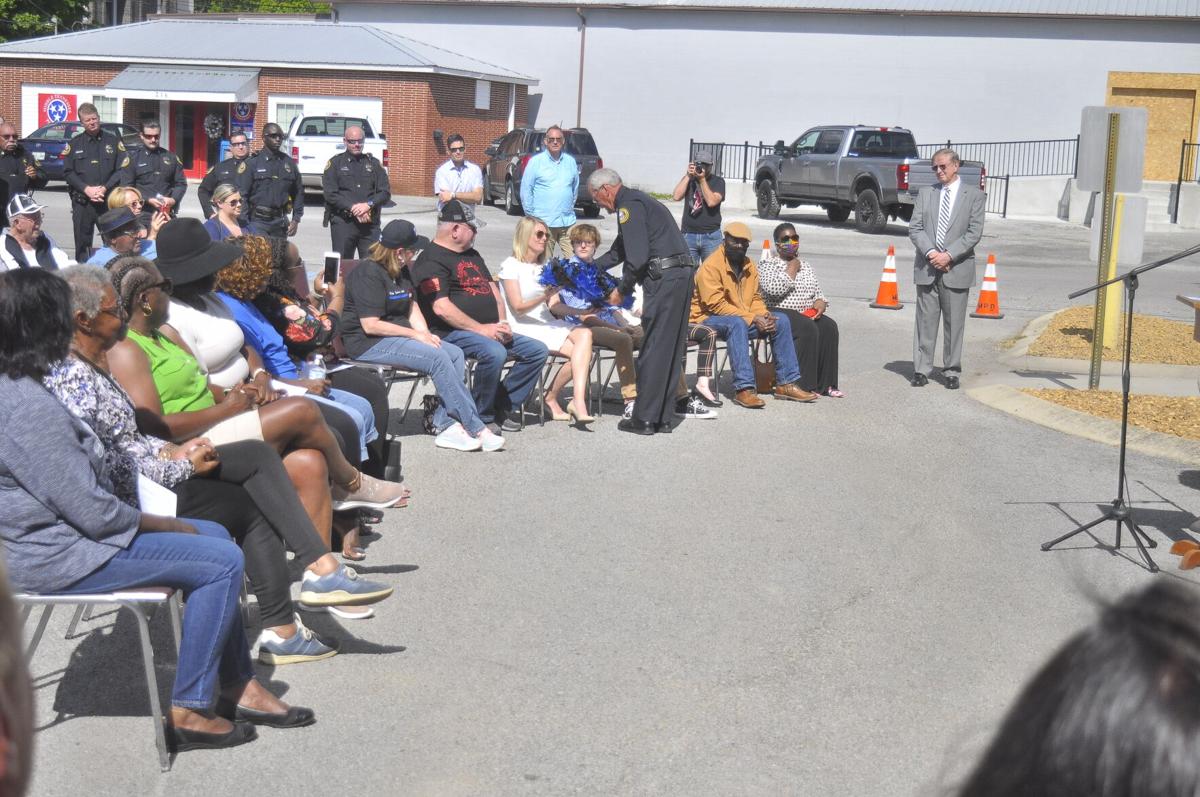 Pictured, Capt. Dwight Vandagriff presents the family of the late Capt. Chris Patterson during a memorial bench dedication ceremony. Inset photo: Major Bill Sipe speaks at the ceremony calling for officers to continue their dedication as an example for the community. 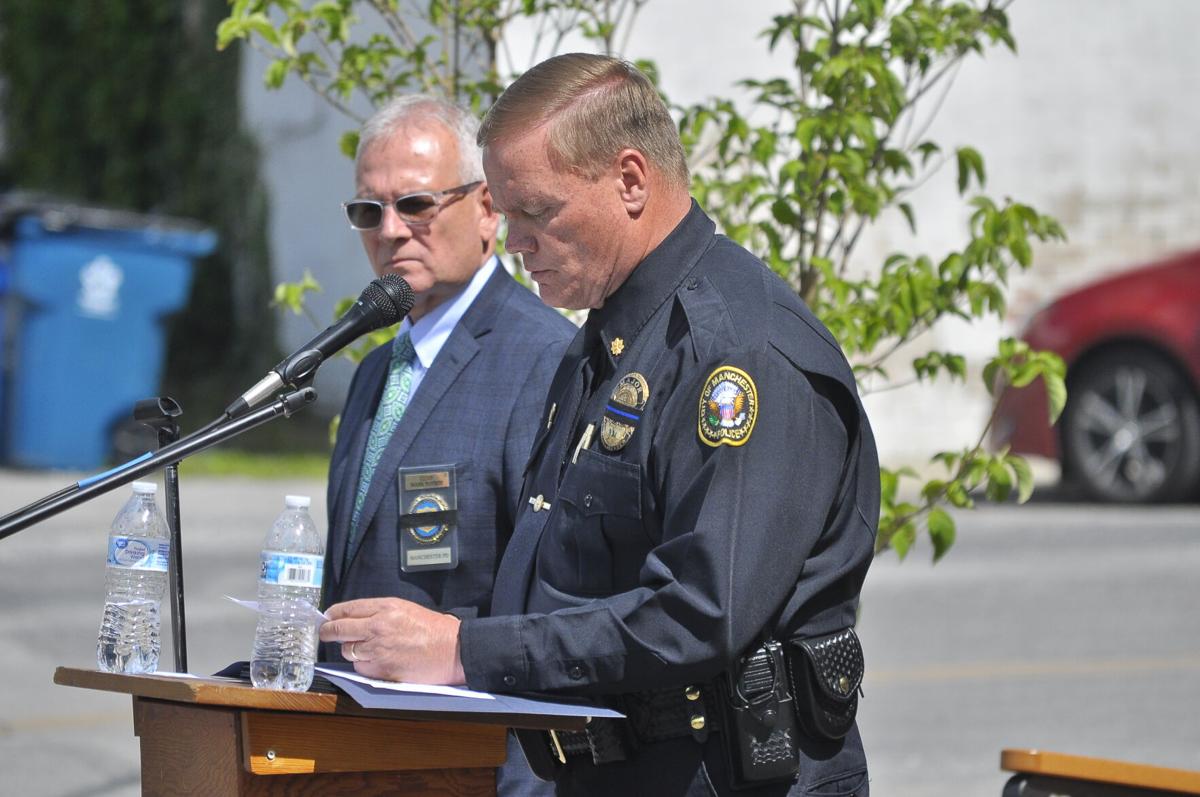 Pictured, Capt. Dwight Vandagriff presents the family of the late Capt. Chris Patterson during a memorial bench dedication ceremony. Inset photo: Major Bill Sipe speaks at the ceremony calling for officers to continue their dedication as an example for the community.

In observance of national law enforcement appreciation week, the city of Manchester held a ceremony to honor the police department and dedicate memorial park benches in memory of the late Mayor Lonnie Norman and MPD Capt. Chris Patterson.

He recognized the 362 officers killed in the last year in the line of duty.

“This year we’ve lost 125 thus far. The men and women have lost their lives protecting the freedoms that we all enjoy today,” Sipe said.

He notes there is increased scrutiny of the actions of police officers, and called for all officers to continue to uphold the professional standards expected of them.

“Today I challenge our peace officers to hold themselves accountable to the code of conduct that embodies who we are and what our profession should represent,” Sipe said.

He called courage in the face of danger, honor in professional and to be an example in upholding the law.

“We should act with no compromise toward crime and consistently prosecute those who seek to destroy the virtues in humanity, enforce the law courteously and with humanity without fear or favor, malice or ill will,” he said.

He called the badge a symbol of public faith.

“Each of the peace officers you see here today have answered a call – a calling where humanity is often seen at its worse and tragic memories are not easily erased. (It is) a calling that takes a special kind of person and courage to persevere and protect the good of humanity,” he said.

“We are not infallible. We too are human However, I am convinced that the overwhelming majority of peace officers serving today are commented to serve with the utmost dedication to (preserve) the lives and liberty…of the people,” Sipe said.

Mayor Marilyn Howard spoke of faith and the time she spent working and praying with and for Norman and Patterson.

“I loved Mayor Norman. I thought I had it hard as a woman in business, but he gave me that you-keep-trying spirit,” Howard said.

When I you say a prayer, you get to see the soul within,” she said of Patterson.

“I saw the sweetest, kindest man. A man who was in pain,” she said.

Chief Mark Yother offered poignant remarks on the mutual support that law enforcement must maintain in an increasingly antagonistic atmosphere. He recalled the times spent with the two fallen leaders.