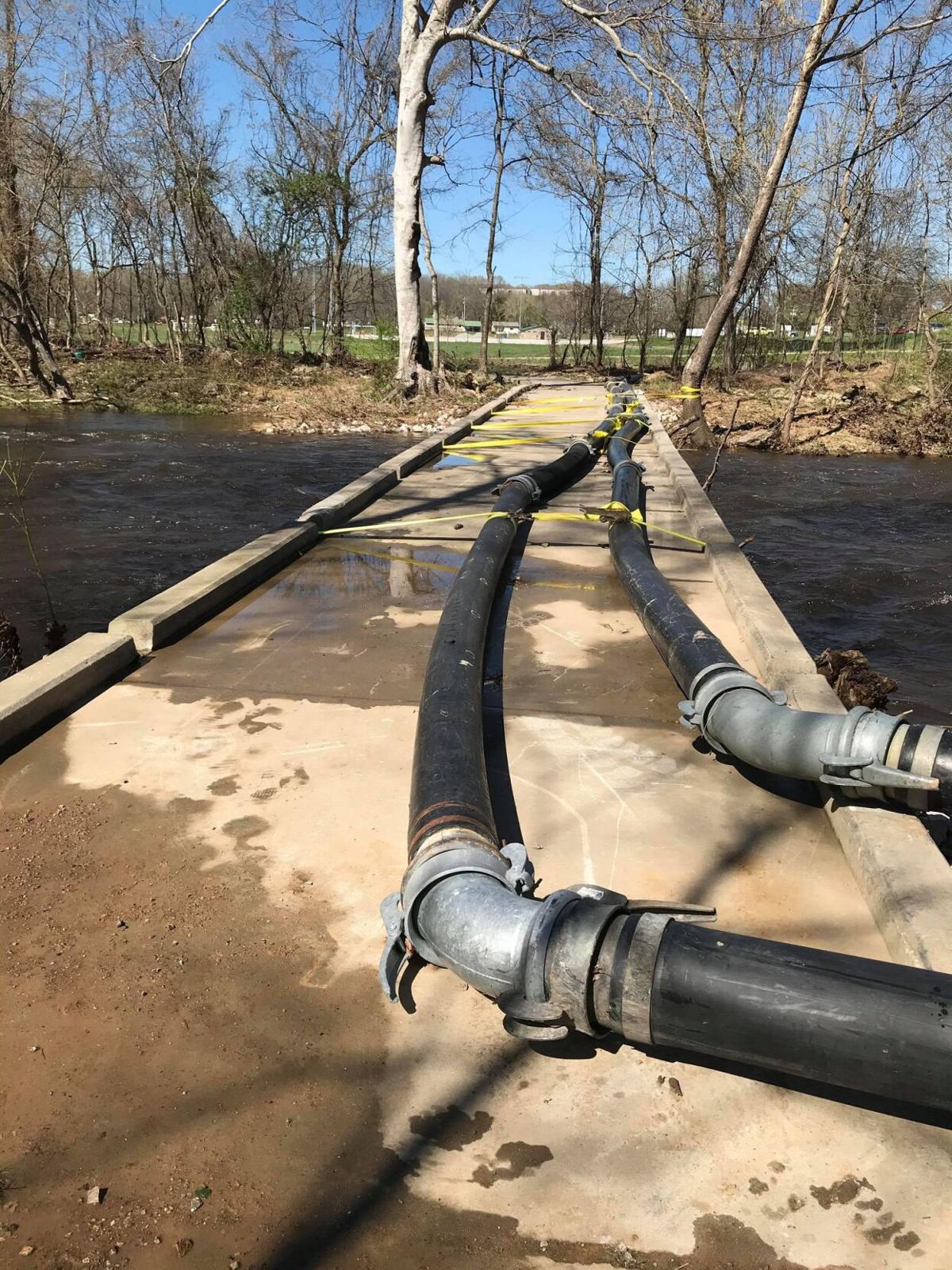 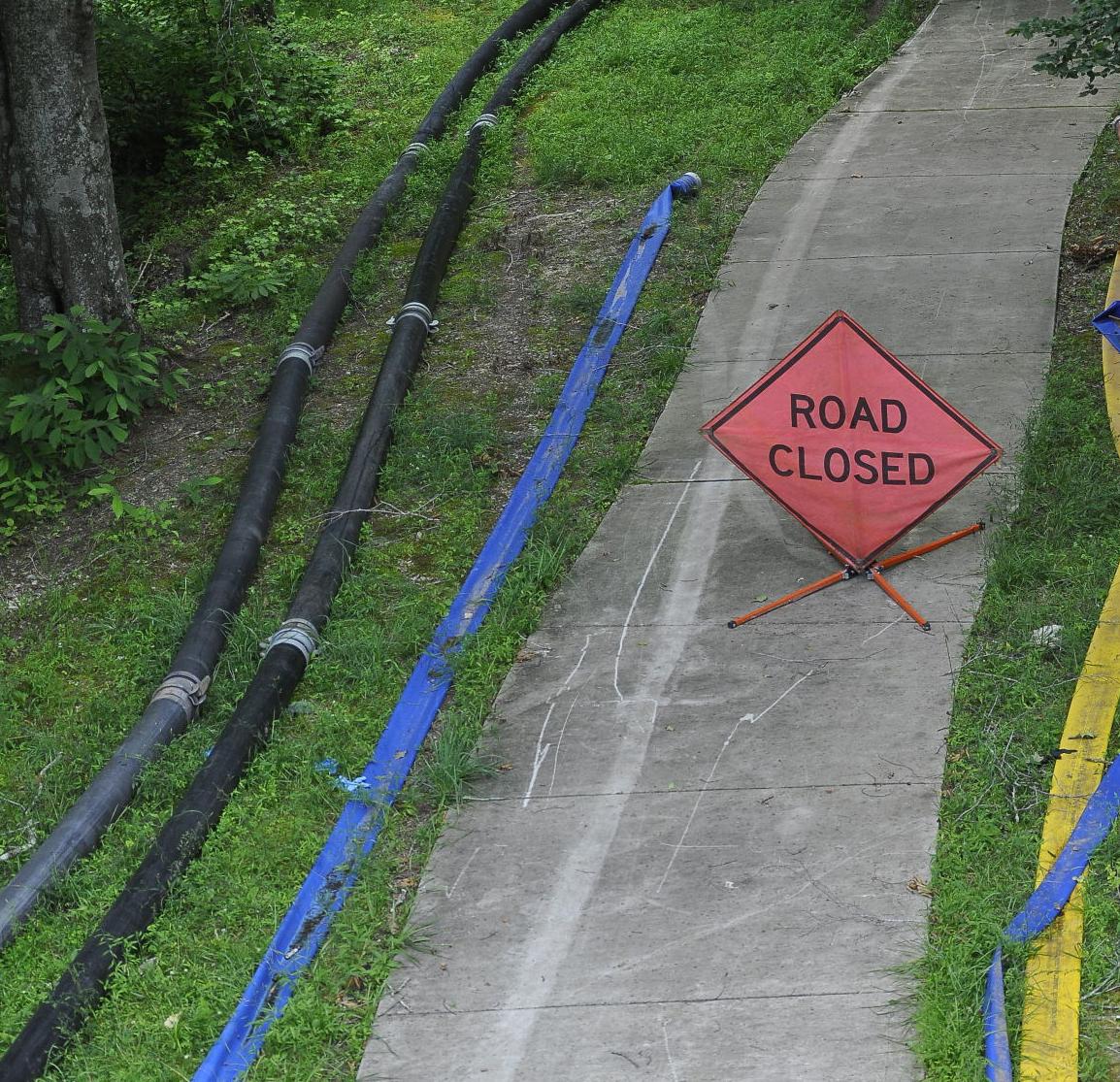 Director of Water and Sewer Bryan Pennington reported Thursday at the monthly meeting of the Water & Sewer Commission some changes to the plans for the ongoing sewer project in the area of the soccer complex and the Duck River Greenway.

“We met on April 5-6 with the bond company. We walked them through all the work that had to be completed,” Pennington told the commissioners.

In talks with the project planners, a suggestion arose to relocate a portion of the sewer lines near the Little Duck River to shift the crossing point downstream to a narrower channel from where it was first planned.

The project involves revamping the section that serves the neighborhoods behind J&G Restaurant and the Hillcrest area.

“Realigning this to where it goes straight across then meets up at the soccer field is their tentative (plan),” Pennington said.

The remainder of the plans will remain the same.

Pennington said that pipe bursting, a method of replacing old sewer lines with new ones without digging, doesn’t usually require an Aquatic Resource Alteration Plan permit but the project applied for following what Pennington called “the blowout.”

“When you are working in the river area, there are specific guidelines on how you cross the river and can work in that environment,” he told the commission.

“It would be easier for them to do the work downstream because of the narrowness of the river.”

Pennington said that planners want to do the work during dry flow times (late summer). He said that the city is still waiting for final data from the bond company before he would have a firm timeline.

He said that the city has taken over the bypass pumping just about a year ago on May 18, 2020. The diesel pumps have been operated since that time and must continue until that section of the line can be repaired by contractors.

He explained that COVID was one of several pieces that came together to create a “perfect storm” of delays to the project.

According to a report filed with the state at the time, a manhole overflow in the system from May 15, 2020 over the weekend until Monday, May 18, 2020 resulted in the leak of about 1.8 million gallons of untreated sewage into the watershed.

To isolate each section of sewer line that is being retrofitted, J&H Construction Company would bypass the line by pumping the flow around that section until it could be repaired. The department reported finding that the pumps were left unmonitored during the weekend and the pumps ran out of fuel.

Pennington updated the commission that the bond company was held up due to COVID. Additionally, the contractor went bankrupt and “just quit the job. Then he passed away and then you had COVID on top of that,” Pennington said.

At the time of the spill, Pennington said that MWSD takes any sewer overflow very serious. With this overflow, we immediately contacted J&H to have the pumps restarted. With no action from J&H, the MWSD restarted the pumps, stopped the overflow and cleaned-sanitized the site.”

He said that the department contacted the State of Tennessee and notified them of what had occurred and asked for any additional guidance.

According to the minutes, Commissioner Michael Anderson made the motion to approve the contracts as recommended by Director Pennington and Commissioner Gary Hunt seconded the motion. It passed 5-0.

Memorial Day celebration to be May 26

The Coffee County Veterans Association (CCVA) will host its annual Memorial Day Ceremony on Saturday, May 29 on the square. The ceremony will …