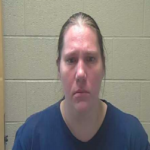 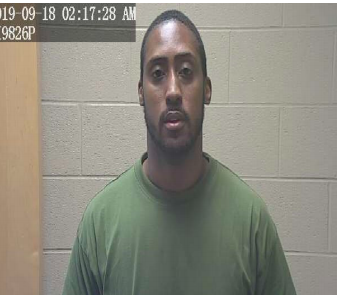 Eight children detailed growing up in a house of horrors, saying their parents beat and starved them while holding them prisoner in their own home. They were rescued this past week after lawmen, acting on a tip, arrived at the single-wide mobile home on Riddle Road to find the malnourished children in a house that smelled of urine and had feces lying on the floor.

The pair allegedly responsible for the atrocities to the children, ranging in age 10 down to 16 months, face up to a quarter-century behind bars on aggravated child abuse charges. The couple, Alonzo Dwite Maxin, 35, and AndreaLynn Arthur, 31, both of Manchester, are being held under $80,000 bond at the Coffee County Jail, both facing the Class A and Class B felonies.

“The living conditions were deplorable,” said James Sherrill of the Coffee County Sheriff’s Department, noting the children were immediately removed from the home and sent for treatment and evaluation. “The children appeared to be very malnourished.”

Investigators would find that what met the eye and the nose was just the tip of the iceberg once the children started talking.

A child psychologist with Vanderbilt Children’s Hospital diagnosed the children as suffering from psychological harm, nutritional, medical and environmental neglect. The older seven children also showed signs of physical abuse and five of the children suffered from educational neglect since they were not sent to school. Authorities were told the children were homeschooled but there is no evidence that they were given an education in their home. Investigators note that their absence from school helped mask the environment they were being raised in since school employees are often trained to recognize such home abuse.

The children, along with telling of their horrific upbringing, also said food was rationed and they were often locked in a bedroom at night, a bedroom that didn’t even contain a mattress on which to sleep.