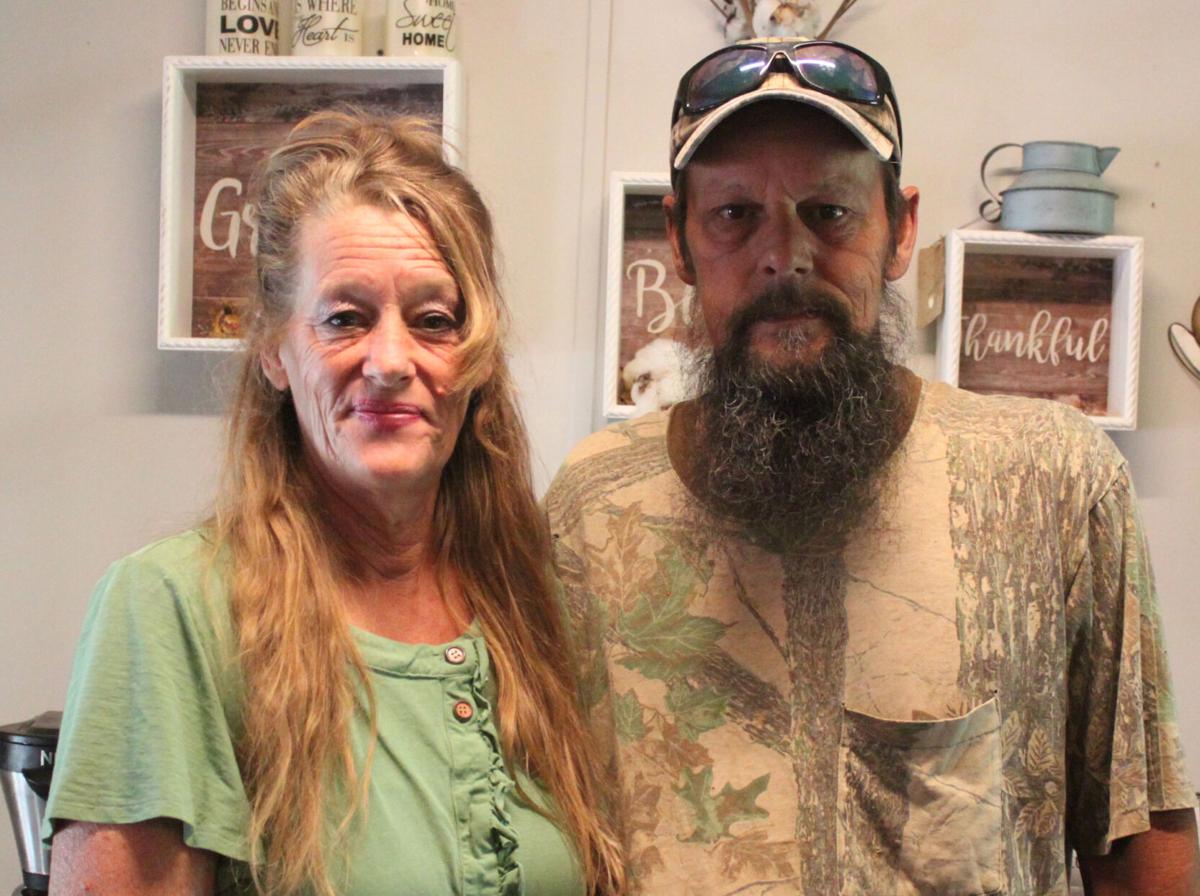 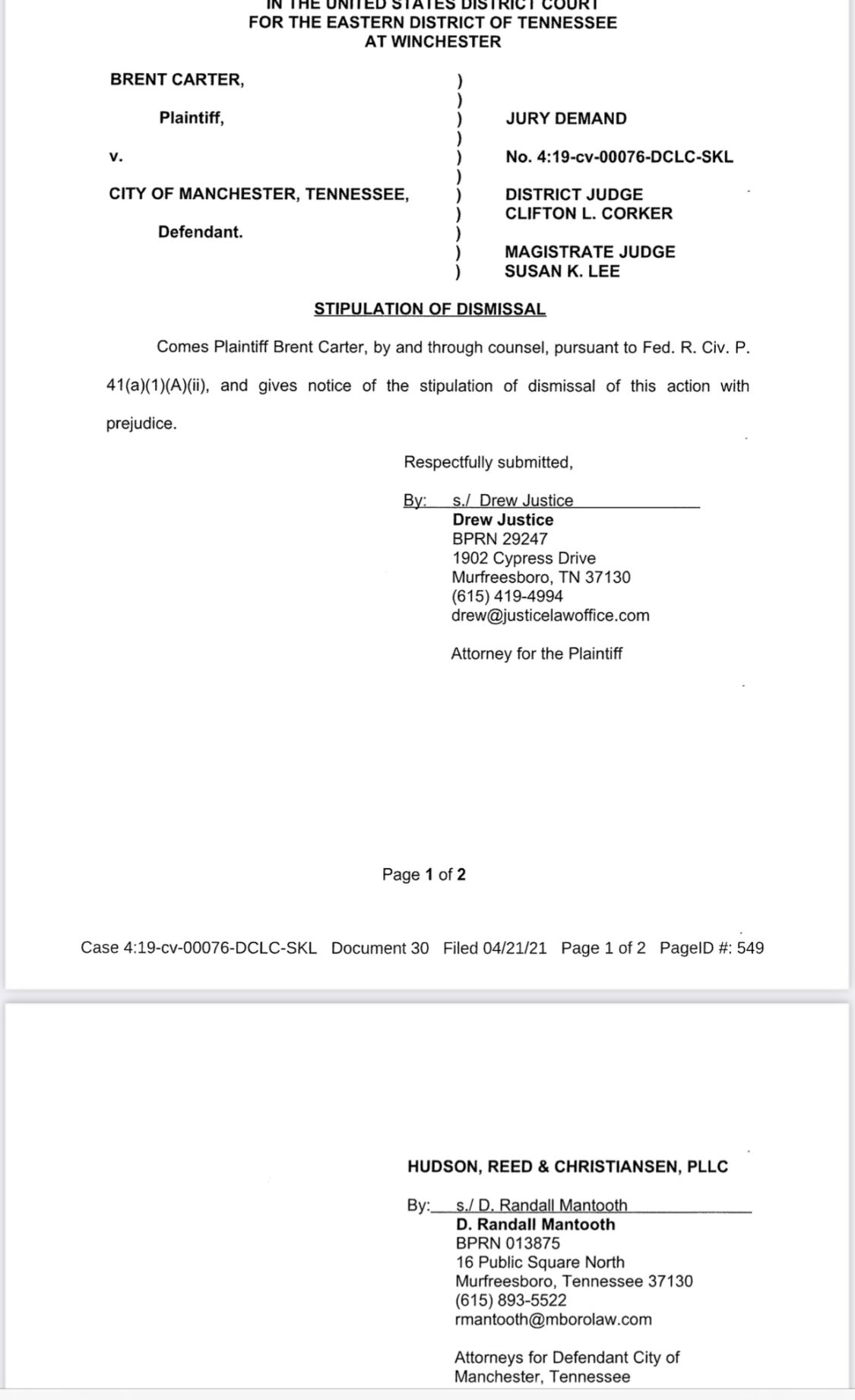 Former director of Manchester Public Works Department Brent Carter has released a statement concerning his $250,000 settlement of a lawsuit concerning his demotion from the longtime position with the city.

The settlement is dated March 30, 2021. His statement was released Monday.

Carter’s suit against the city alleges that in December of 2018 he was forced to resign or accept a lower position in a different department.

According Carter, “I did my best to run a professional department, but over the years I faced pressure to make decisions that were not in the best interests of the taxpayers. For example, I was expected to buy auto parts and goods from businesses connected to city officials, told to hire unqualified employees because of their political connections, and asked to sign off on a purchase order for a sign that was not for the street department.”

He adds, “When I communicated my concerns about conflicts of interest and corruption to the aldermen, I received little support. Instead, my job was threatened for bringing these matters to the board’s attention.”

Carter said that “while head of the public works from 2008 to 2018, (he) was responsible for the maintenance and improvements of critical city infrastructure like streets, drainage, and lighting. Under (his) leadership, the public works department ran under budget and with clean annual audits.

“I was proud of the service we provided to residents and of successful projects like the paving and striping of the parking lot at Fred Deadman Park,” Cater writes.

The statement said that “In December of 2018, with no write ups in my personnel file and without being told a reason, I was called to city hall and given an ultimatum- either resign my position as public works director and accept a lower position in a different department or be fired. This forced demotion cut my salary by 40% and moved me from management to a job that was much more physically demanding. After over 25 years of service to the city, I was demoted right before Christmas, on my son’s birthday, and while my mother was on hospice.”

Carter insists that he’d done nothing wrong, and contacted the aldermen for their support.

“Over the next several months, I appealed in vain to the board to investigate my sudden demotion and the underlying issues behind it,” Carter writes.

Carter said that he didn’t want to sue the city of Manchester, but when almost a year had passed, he was left with little choice.

“After much prayer and consideration, my wife Becky and I made the decision to stand up for our family and filed a lawsuit against the city in November of 2019,” Carter wrote.

Carter said that the settlement agreement offers closure in the issue. But warns that many of the allegations that he put forth have yet to be corrected.

“The people of Manchester deserve to know what decisions are being made by the city and why, and that qualified individuals are entrusted with running city departments instead of people who are chosen for their political connections. Millions of taxpayer dollars and the future of the city are in the hands of a small group of people elected by the voters. Is Manchester moving forward the way it should?” Carter writes.

“I believe the people have a right to know, I have asked my attorney to make all of the evidence, depositions, and audio files from my case available to the media,” Carter said.

The Consideration for Settlement states that as “an alternative to Plaintiffs acceptance of the Fed. R. Civ. P. 68 Offer of Judgment made by Defendant to Plaintiff on March 26, 2021, Defendant shall pay or have paid on its behalf Two Hundred Fifty Thousand and no/100 dollars ($250,000.00) to Plaintiff and (Plaintiffs’) attorneys in full and final settlement of all of Plaintiffs claims against Releasees and as consideration for all of the terms of the settlement as set forth in this agreement.”

The Board of Mayor and Aldermen’s comments were not available by press time. Find the text of the settlement and Carter’s complete statement at Manchestertimes.com.

Mayor Marilyn Howard said, “The City's insurance carrier resolved this matter without the involvement of the City or any of its funds.”

She provided a copy of the  Stipulation of Dismissal filed by Carter's attorney.

Last week we covered a story on a suit against the city by a public works director. If the case had gone to trial what would have happened?