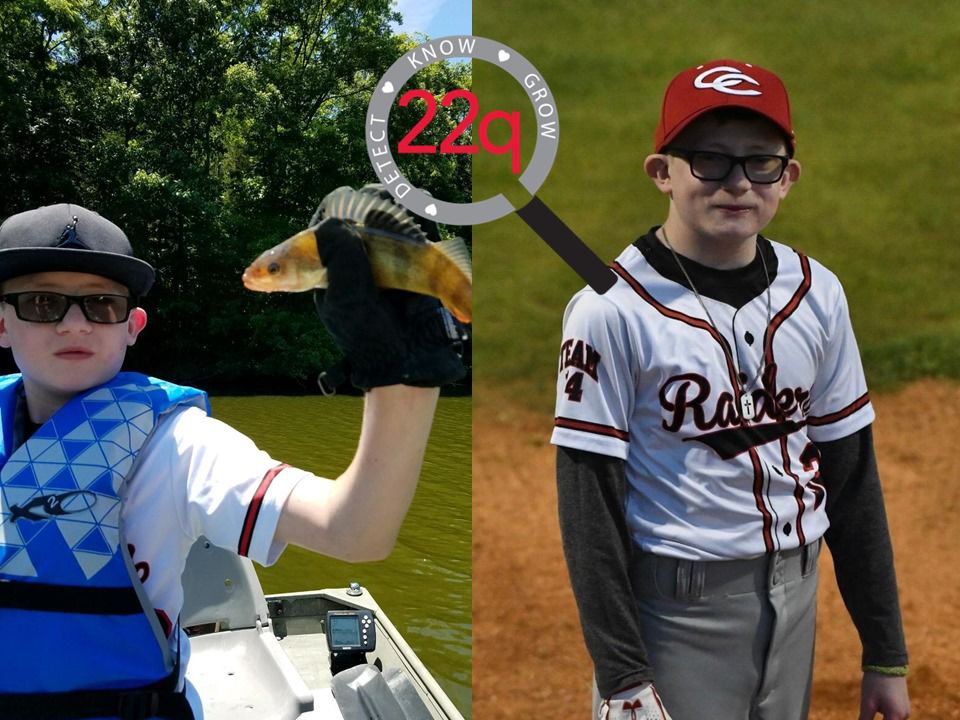 Lane’s story has reached beyond the borders of the nation. The International 22q11.2 Foundation recently featured Lane. 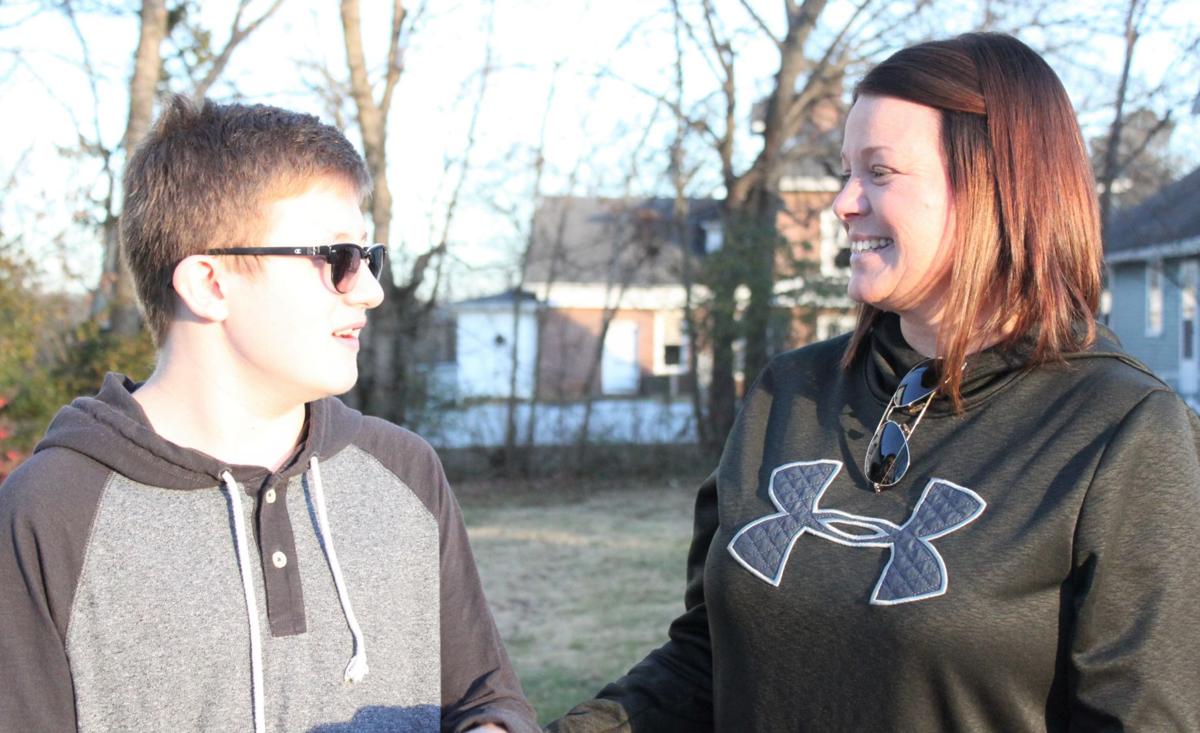 Erica Grissom and her son, Lane, of Manchester, want to raise awareness of DiGeorge syndrome, also known as 22q11.2 syndrome or 22q.

Lane’s story has reached beyond the borders of the nation. The International 22q11.2 Foundation recently featured Lane.

Erica Grissom and her son, Lane, of Manchester, want to raise awareness of DiGeorge syndrome, also known as 22q11.2 syndrome or 22q.

Erica Grissom and her son, Lane, of Manchester, want to raise awareness of 22q11.2 syndrome, also known as 22q or DiGeorge syndrome. Lane’s story has reached beyond the borders of the nation. The International 22q11.2 Foundation recently featured Lane.

Lane, who’s now 14, was diagnosed with DiGeorge syndrome at the age of 7, said his mother, Erica Grissom.

DiGeorge syndrome is a disorder caused by a small missing piece of the 22nd chromosome. This missing portion of chromosome 22 can affect every system in the human body. 22q can be the cause of nearly 200 mild to serious health and developmental issues in children, according to 22qfamilyfoundation.org.

Often, the syndrome is not diagnosed or recognized as the cause of a child’s health and developmental issues for years. That lack of knowledge makes the situation even more challenging because families don’t know how to handle it, said Grissom.

Though DiGeorge syndrome is the second most common genetic disorder after Down’s syndrome, many have never heard of it, she added.

Because each individual diagnosed with 22q presents a unique set of the possible symptoms, it is difficult even for doctors to recognize it, and this scattered collection of issues impedes the proper diagnosis for years. According to 22qfamilyfoundation.org, the 1 in 2000 to 4000 estimated number of children born each year with 22q is likely an underestimation of the actual numbers.

“People with 22q are delayed in all types of aspects,” Grissom said. “When Lane was born, he looked different and wasn’t reaching regular milestones. I began to search into it and begged his doctor to help us. Finally they sent us to Vanderbilt Children’s Hospital, and they did a simple blood test, called the FISH (Fluorescence In Situ Hybridization) test. Within a week, we found out what it was.”

That knowledge made things easier for the family.

“We became very active and really learning how to change his life around because he stayed sick constantly, and had lots of surgeries,” Grissom said. “He had a small heart defect. A lot of children that are born with DiGeorge don’t make it past infant stages. We got very lucky.”

Learning the cause of Lane’s delayed development, helped with his education, as well.

“In school, before the diagnosis, we couldn’t get help,” Grissom said. “Without an actual diagnosis, they don’t know how to guide him.”

Grissom now wants to raise awareness and provide information and support to other families that may be going through a similar experience.

“The International 22q11.2 Foundation reached out to me on Facebook and wanted to do an interview with Lane,” Grissom said. “They told us they have chosen Lane, and did a story about him.”

It’s important for people to be aware, Grissom said.

“Lane’s story being in the publication…my husband and I were blown away,” Grissom said. “We were so surprised. Out of our little town, our young guy was chosen for his story to be put out and help people to be aware of this. It’s important for people take the time and educate themselves.”

“What I would like people to know is that 22q doesn’t confine me and I will never let it,” Lane said. “Yes, things can be scary and harder to do, but I’ve always tried my best and always will. My family and I love to educate people about 22q, so they can better understand me and get to know the real me. I someday want to make professional beats and be a professional YouTuber.

“I never want to limit my dreams or myself, and other people with challenges shouldn’t limit themselves either. 22q isn’t for the weak. Trust me I know, I just had surgery on Oct. the 16, and have had a lot of complications, but I’m getting better every day. My family always says, ‘Why can’t we do anything the easy way?’ And I say, ‘It’s simple – that would just be too boring.’”