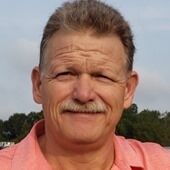 “I was just informed that Jimmy Haley has requested a legal opinion on whether I can be removed from office because I attended the ‘insurrection’” (Haley’s words) in Washington DC last week,” the post reads. The Alderman also called the action by the County executive a “repression of Constitutional Rights through intimidation.

Neither confirm or deny

When asked whether Harvey was one of the demonstrators who physically entered the Capitol Building, the Alderman responded with what could be considered an evasive reply.

Facebook commenter Doug Peterson asked pointedly, “did you personally physically enter the US Capitol Building during the protests?”

Harvey responded, “… I'll just state that if I committed a crime. I am easy to find. We will just wait and see if you see me arrested for ‘insurrection.’ If I am, I will suffer the punishment.. but if I'm not, someone has stepped in it.”

Peterson went on to defend the question in the same thread,

“It's an honest question. If he physically entered the US Capitol Building that day then he committed a crime and should be held to full account. If he did not physically enter the US Capitol Building then he committed no crime and should not be punished legally; his right to protest lawfully is constitutionally protected whether Mr. Haley (or I, or anyone else) agrees with the reason for the protest or not.”

Peterson later called the alderman’s response “rather oblique.” way of answering the question if you entered the Capitol.

Harvey clarified his earlier response by adding, “I did not make any admission. Please tread carefully here. As citizens we have inalienable rights, one of them is an assumption of innocence until proven guilty. The most advanced surveillance in the world is deployed in DC. There are no such things as limited resources in DC.. electronic surveillance is everywhere. I'll just say this, i am not concerned.”

The Times has reached out to both Harvey and Haley  for comments. The story will be updated with their replies.

The Coffee County Middle School hosted West Tullahoma on Jan. 5. The Lady Raiders dominated from tip off with a brutal offensive display that …