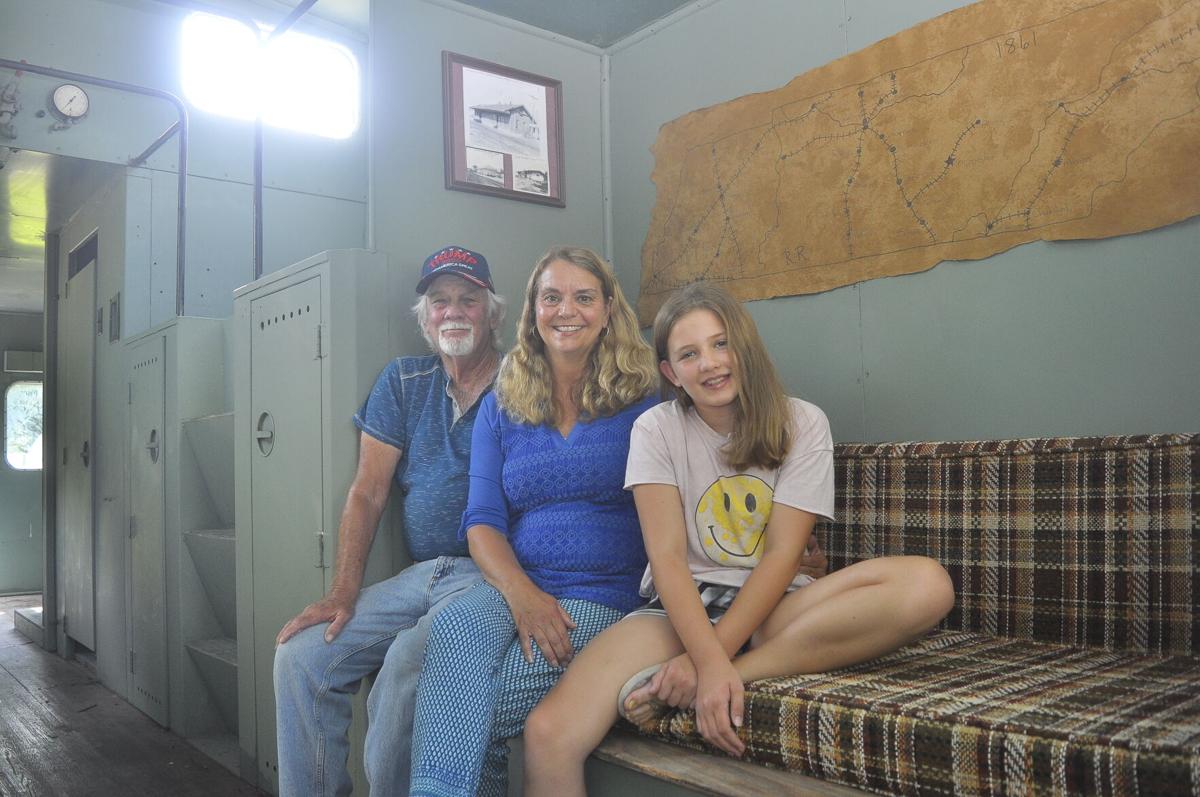 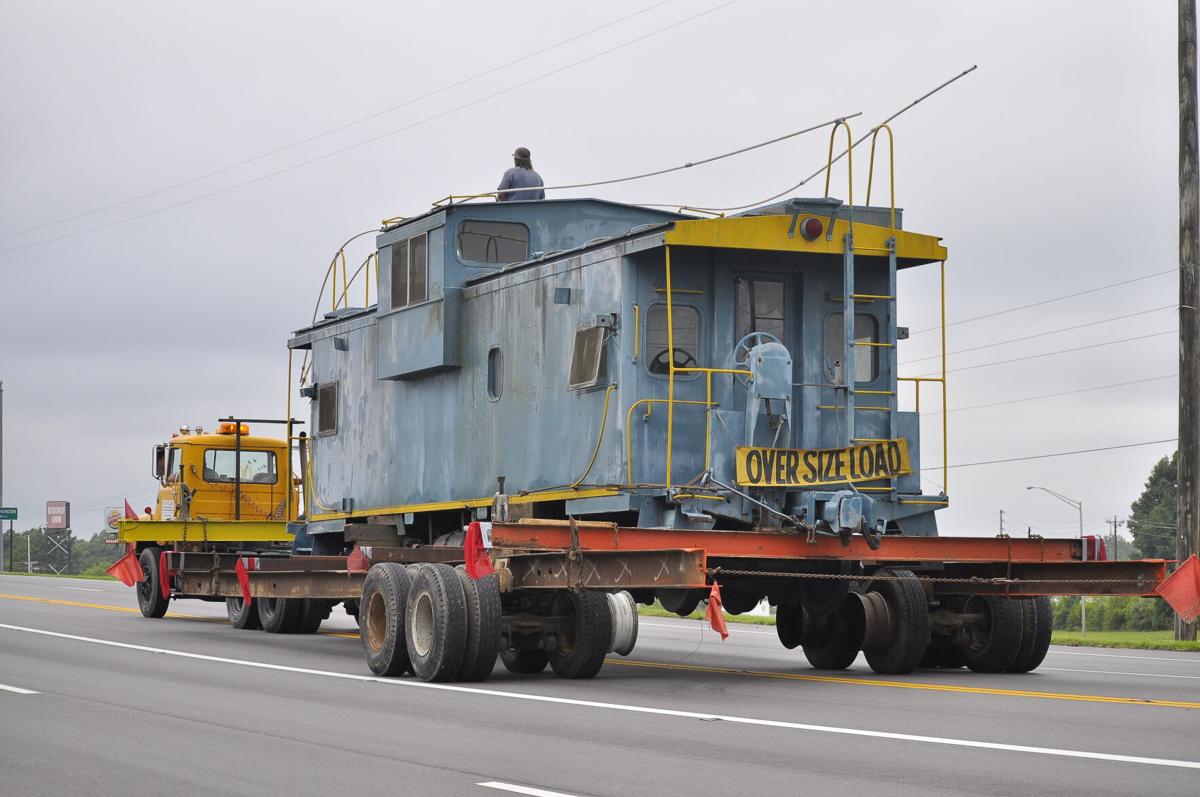 Collecting antiques is not that unusual, but when that antique weighs upward of 30 tons, it tends to raise some eyebrows going through town.

The piece de resistance of the Pope family’s collection, the historic 60,000 lbs. caboose that was part of the Arrowheads to Aerospace Museum collection, raised more than a few eyebrows last Tuesday on its slow-moving  trip down Highway 41 to the caboose’s new home near Love Beauty School.

“His brother lived out in Texas and they had this really pretty caboose. We saw one for sale in that town years ago, but we never could get a hold of the owner,” Rita Pope said.

“Ever since,  if we saw one, we’d ask about it, but we never could locate one to buy, unless it was in really bad shape,” she said.

This caboose almost slipped through their fingers, as it was originally going to go to KOA Kampgrounds, but the campground, just down Campground Road from the museum, was sold the Pope family had their caboose. If they could get it home.

To move the caboose, the movers had to chain the wheels and axles to the car. The movers then ran four beams across the underside of the caboose and jacked the whole assembly into the air. A dolly with large tires was rolled under those beams and attached to a tractor trailer truck. The truck’s wheels carried the front while the dolly supported the rear.

The spotters rode atop  as the  caravan of movers and a police escort dodged traffic lights and low wires through town.

For 35 years, we’ve tried to buy us one,” Pope said, noting that two used to sit near his home where Shelton’s Heating and Air is now.

“We thought it would be neat to have one. Come down, camp out -- spend  the night. Maybe if we have company, we’d have it fixed up so they could stay in it,” Doug Pope said.

The caboose was left mostly original, as far as the Popes could tell, with the all stainless steel bathroom and a depot-type stove, plus a desk with a vintage typewriter sits by the frond entry. The Popes plan to leave it as original as possible, maybe adding some more comfortable mattresses for sleepovers.

Sometimes when you want something, you have to wait a while to get it, but it’s worth the wait,” Rita said.  “This is a piece of history that we thought we’d like to have,

As far as we’re concerned this will be here as long as we’re alive,” Pope said. “And maybe our kids will carry on with it too.”