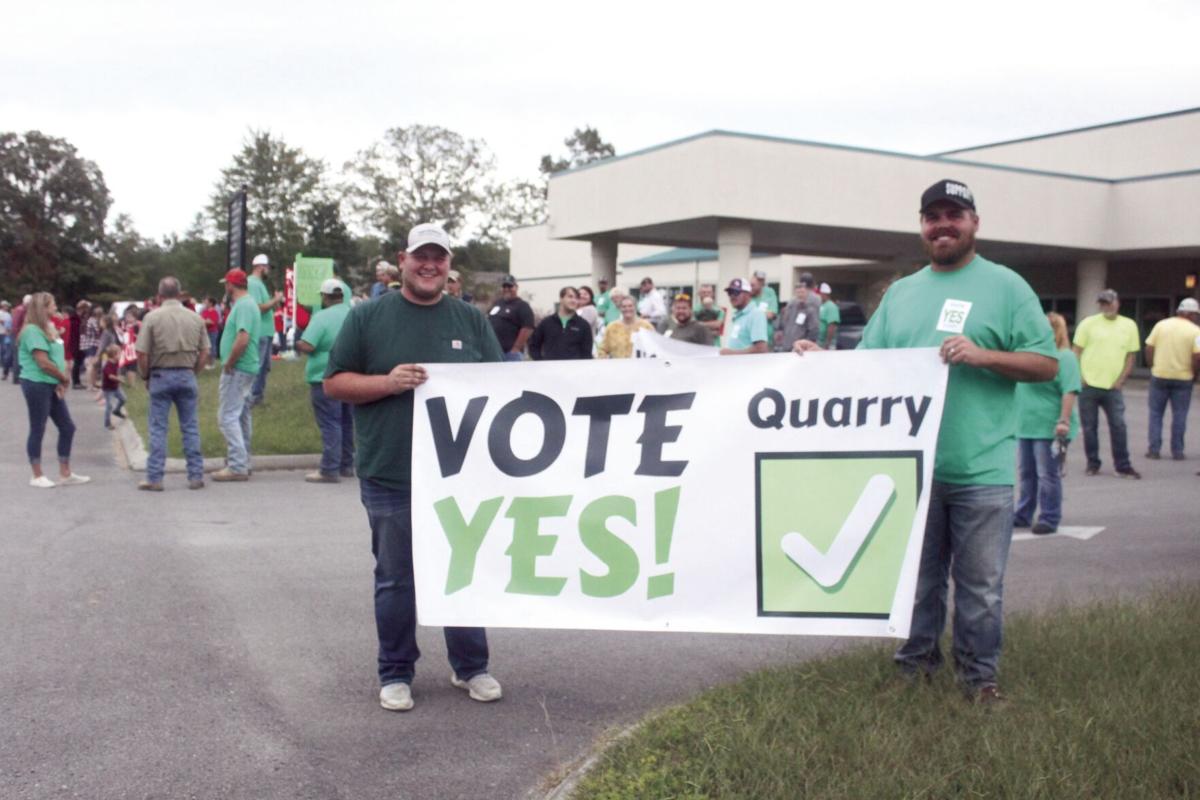 Vince Hawkins, left, and Matthew Thompson hold a sign to show support for establishing a new zoning district that will allow a quarry in Coffee County. 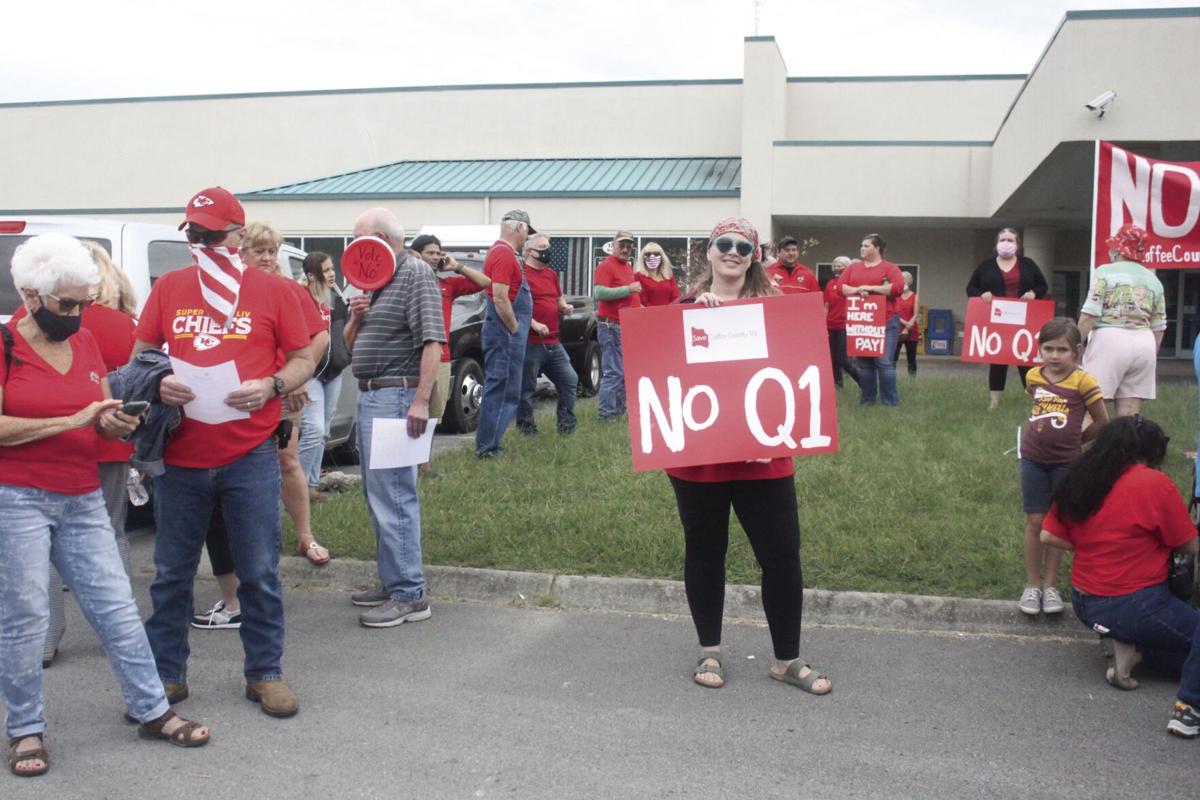 Sept. 22, four of the seven Coffee County Planning Commission’s members voted against and three voted in favor of creating a new zone that would allow establishing a quarry in Coffee County. With the full commission having the final say-so, if the issue is brought to the table, the planning commission would send an unfavorable recommendation. The 21 commissioners will then vote, and 11 “yes” votes would be needed for the new zoning designation to be created.

This issue has been discussed by county officials several times in the past, and it always sees strong opposition from residents.

Dozens of locals attended the Sept. 22 meeting, some opposing the new zoning district and some of them advocating for it.

The request for creating a special quarrying district – Q1 – was filed by Terrell and Gail Waterson, who own land they plan to lease to Hawkins Asphalt Paving, the company that wants to establish a quarry in the Beechgrove area.

Company representatives offered a presentation to the commission, trying to dispel some of the concerns and show the positive impacts a quarry would have on Coffee County.

Chuck Hawkins, one of the owners of Hawkins Asphalt Paving, said the company “is excited about teaming up with Coffee County.”

“I hope to bring about half a million dollars of tax revenue every year,” Hawkins said. “We have been in this industry long enough to know that there’s nothing we’re going to do that’s going to harm (the area)…We feel this is a great location.”

“It will help add tax revenue to Coffee County, bring jobs, stimulate the economy,” he said.

“It will help better the tax revenues for Coffee County,” Thompson said. “I am here representing Hawkins. I work for the company.”

“We just moved here from Nashville to start a farm, and we are four miles away from where they want to have the quarry,” Lopez said. “We are starting a family farm. We want to do a farmers market and help the community. We are totally opposed to this quarry. Also I am an environmentalist, and (the quarry) is going to hurt our environment, our water and our resources.”

With 21 commissioners, it will take 11 positive votes to create the new district.