Starting at
$3.99 for 30 days
Get Started
View all rates
You have permission to edit this article.
Edit
Home
News
Sports
Living
Arts & Entertainment
Special Sections
Classifieds
Obituaries
The Job Network
Coronavirus News
1 of 2 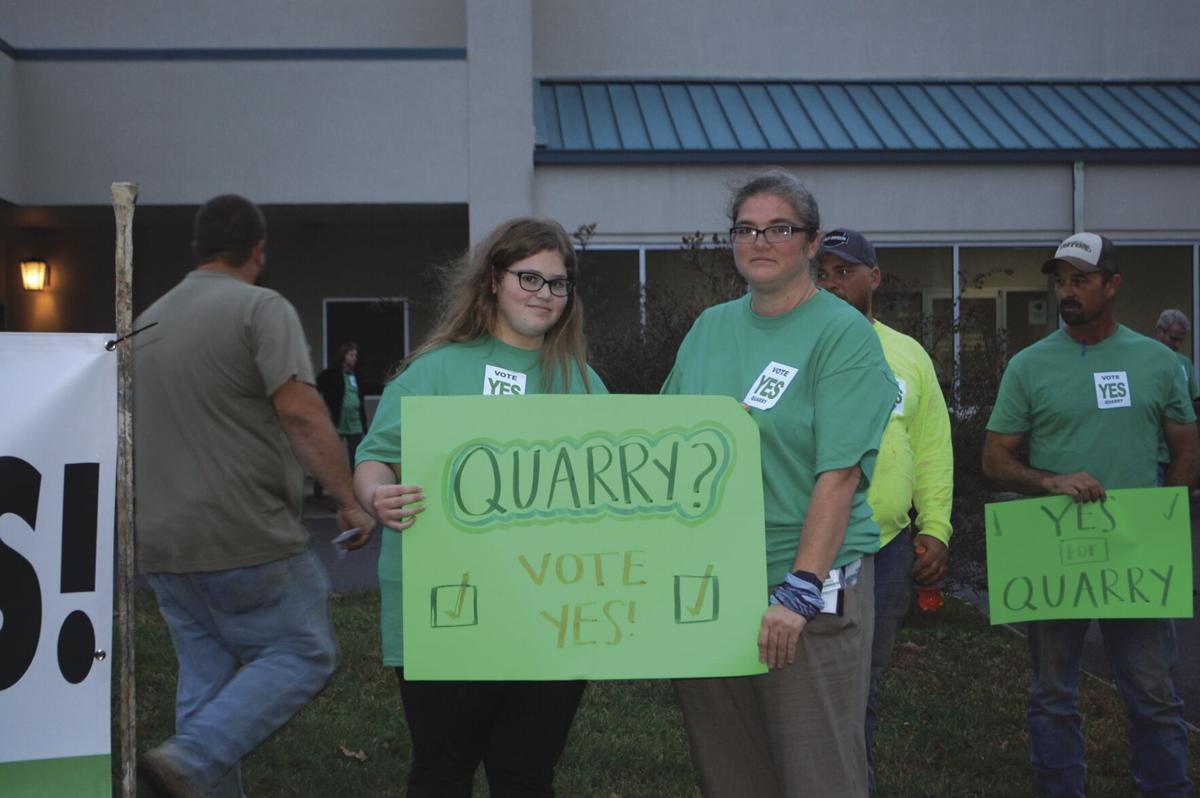 Both supporters for and against to the creation of a rock quarry in Coffee County came out to speak their minds. 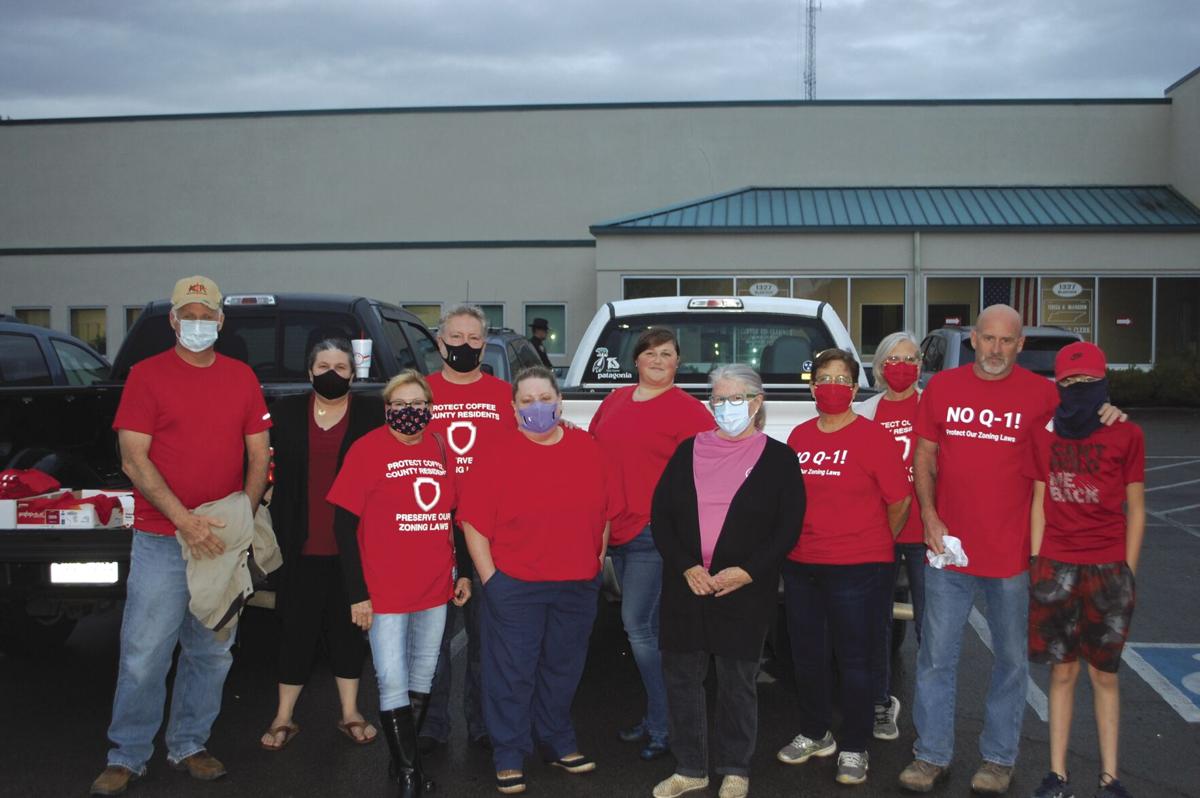 Both supporters for and against to the creation of a rock quarry in Coffee County came out to speak their minds.

After holding a public hearing, county officials decided to send a resolution requesting a zoning change to allow a rock quarry back to planning commission.

Before the Nov. 11 full commission meeting took place, a special public hearing was held regarding the issue of rezoning parts of Coffee County to allow establishing a rock quarry in the area.

Coffee County Mayor Gary Cordell stated the purpose of the public hearing was to give the commissioners an opportunity to hear points from both sides on the issue of the quarry.

In October, the Coffee County Planning Commission voted down the request for a new quarry in a 4-3 vote. However, the planning commission can only send an unfavorable recommendation to the full commission as it has the final say. It would take 11 “yes” votes on the commission to pass the quarry.

The request for creating a special quarrying district – Q1 – was filed by Terrell and Gail Waterson, who own land they plan to lease to Hawkins Asphalt Paving, the company that wants to establish a quarry in the Beechgrove area.

The company requested a zoning change earlier this year, but residents protested and created a petition which has garnered over 2,000 signatures.

During the special meeting, representatives for Hawkins Asphalt Paving spoke first and stated while they consent to the commission to defer the resolution back to the planning commission for further work and study, they wanted the public to have a chance to speak and be heard.

Jim Lane, representing Save Coffee County TN, spoke next and reiterated their point about the dangers quarries present to both the environment and the health of the community.

Lane then introduced Murfreesboro attorney and Cannon County resident Nathan Luna to speak further on the issue since he lives next to a rock quarry and near a Hawkins Asphalt Paving plant in Cannon County.

During his presentation, Luna discussed how his family must clean the outside of their house and cars multiple times a week due to the dust coming from the quarry. He admitted the quarry was there when his family moved in and was told an impact study was conducted. Luna pointed out that the engineers who conduct those studies are usually paid by the quarry and rarely tell them the quarry is bad.

Luna filed a petition in Aug. 2018 to prevent Hawkins Asphalt from building an asphalt plant in Woodbury. By Sept. 2018 his petition was dismissed because he was not a public official and had no standing to request an injunction. Since no other public official was interested, the plant was created.

To end his presentation, Luna said he was there speaking because, like the residents in attendance, he’s looking out for his family.

“Hawkins Paving didn’t vote for you, they’re not your next-door neighbors, they don’t go to school with your children or grandchildren and you don’t see them in church every Sunday,” Luna said. “I think that’s important to keep that in mind.”

The commission then gave citizens in attendance a chance to speak. Those who were in favor of having the quarry emphasized it would mean more money for the county while those against the quarry argued the harm it would have on the environment and the community overall.

Virginia Hooker, who opposes the quarry, stated she and her husband moved to the area years ago to get away from city life. She emphasized that the quarry would destroy the habitat, and nothing would be able to grow and live.

“Why should Coffee County be subjected to raping of the land by mining rocks in huge, open rock where nothing can grow and live except for a few snakes?” Hooker asked.

Last to speak was Terrell Waterson, who requested the creation of the special quarry district. He recalled his family roots go back 200 years to the area in discussion and asked the commission to make the changes necessary to create the quarry as he is a firm believer of his rights as the landowner.

“I believe in land rights,” Waterson stated. “I know my ancestors did going back.”

Before taking a five-minute recess and starting the commission meeting, Cordell thanked everyone for attending and speaking their minds to the commission.

As the commission meeting began, it was decided to amend the agenda to remove the resolution regarding the discussion on the quarry.

Commissioner Dennis Hunt made the motion to remove the resolution from the agenda so the applicants can have the language in the resolution reviewed by the planning commission.

The vote to remove the resolution passed with 14 yes and four no.

A new business recently opened at 3371 Murfreesboro Highway. The business, American Pastimes, is owned by Kasidy Lowe and she explains that th…