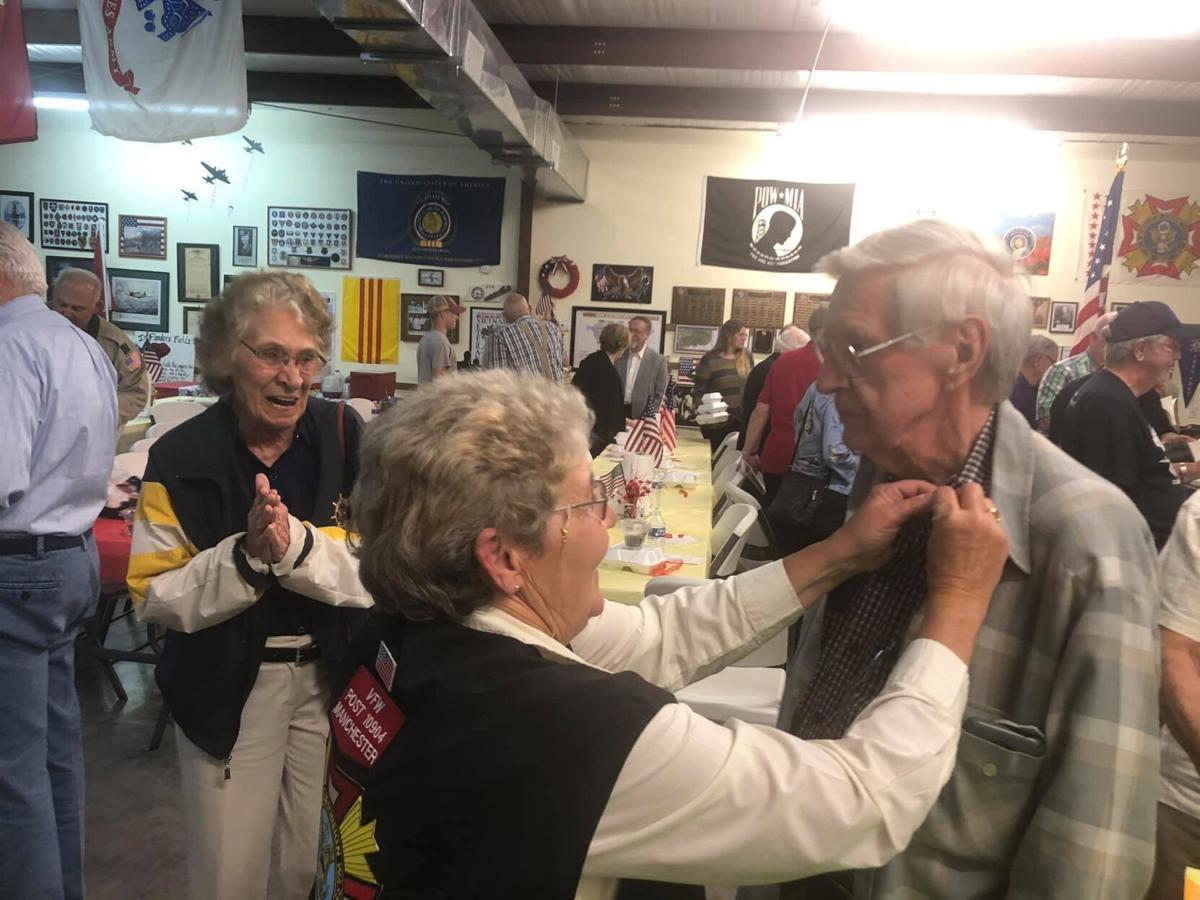 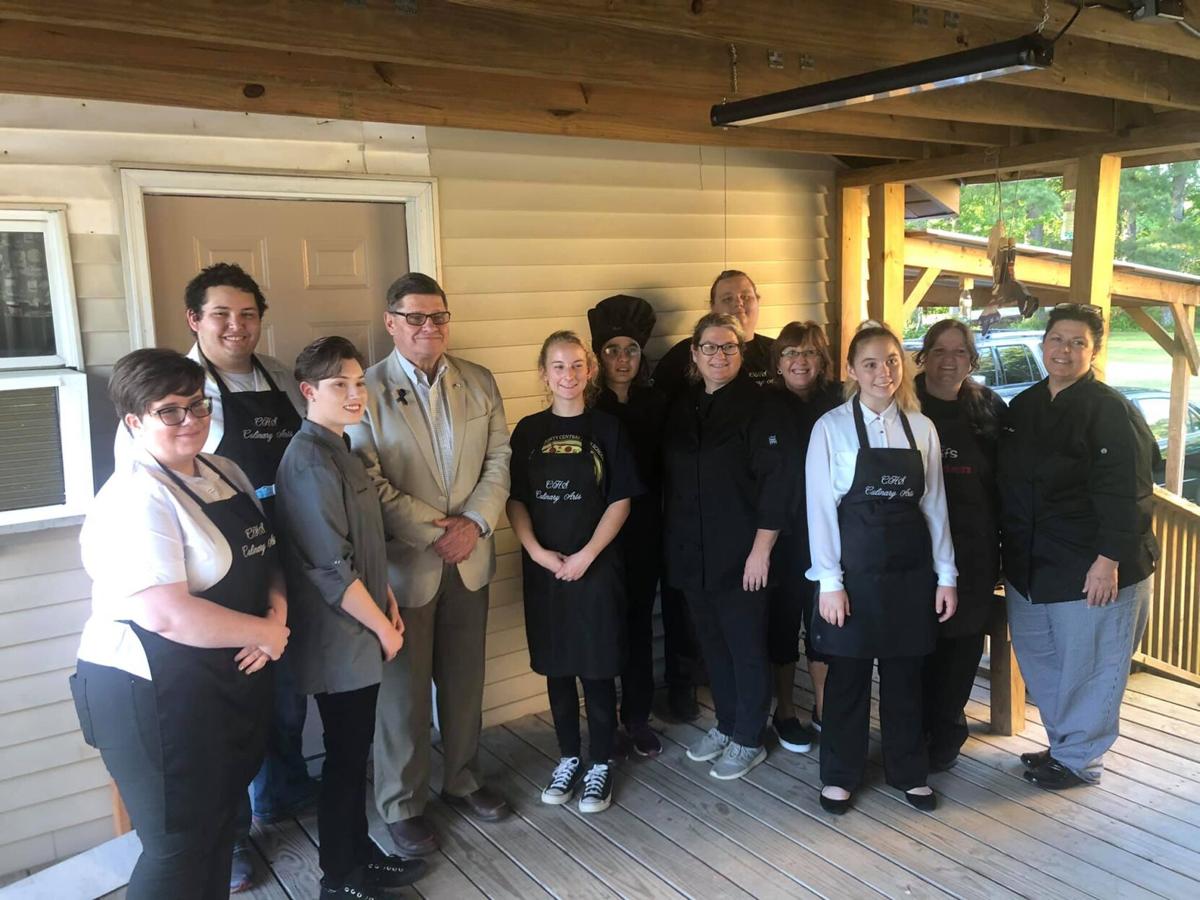 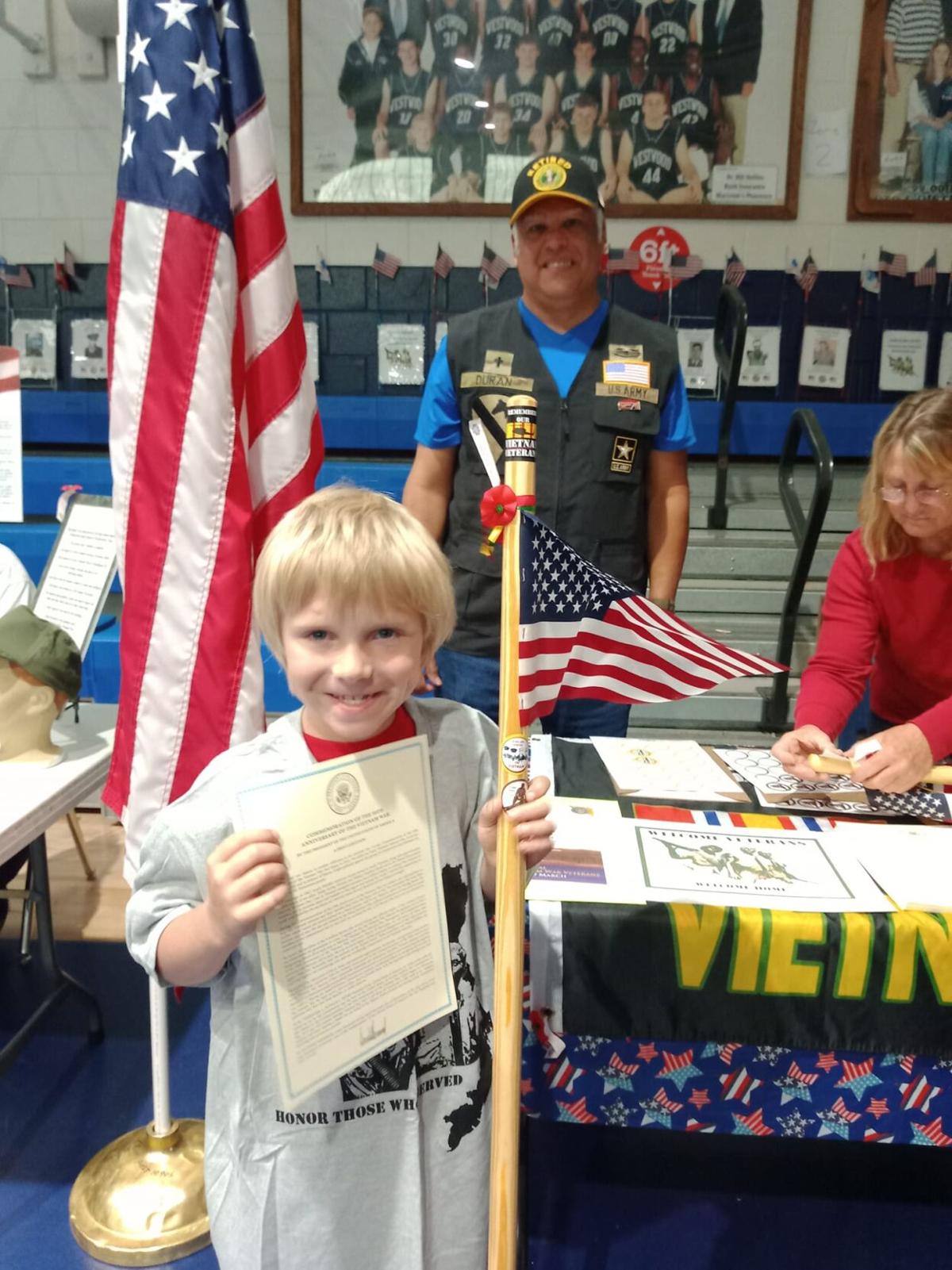 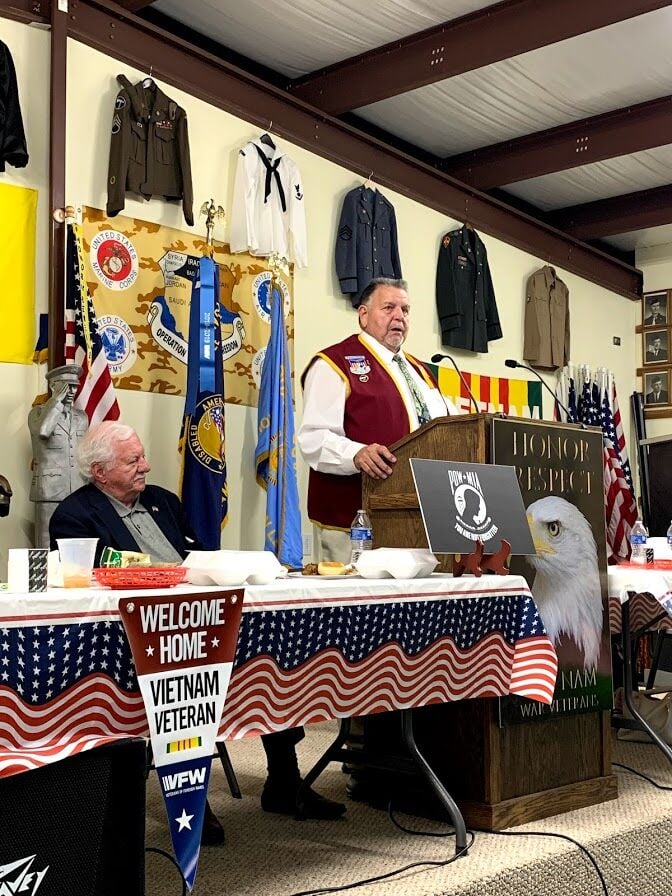 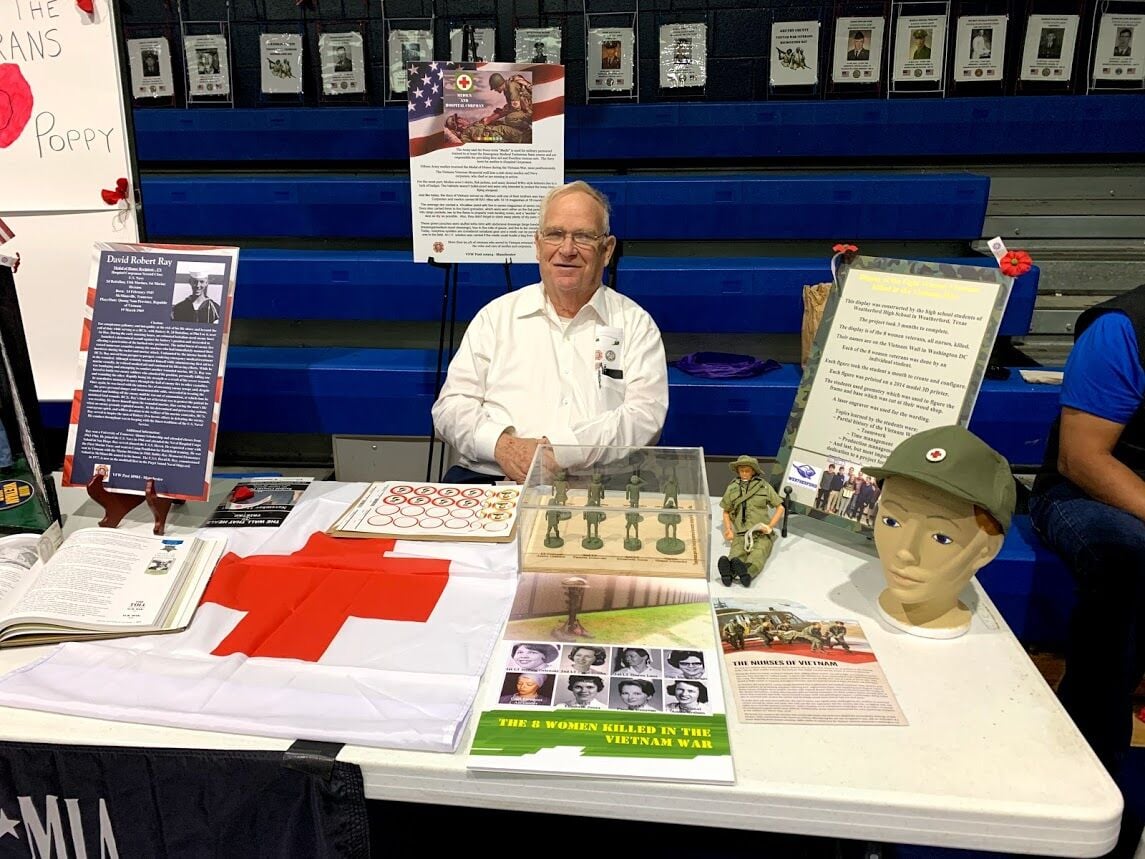 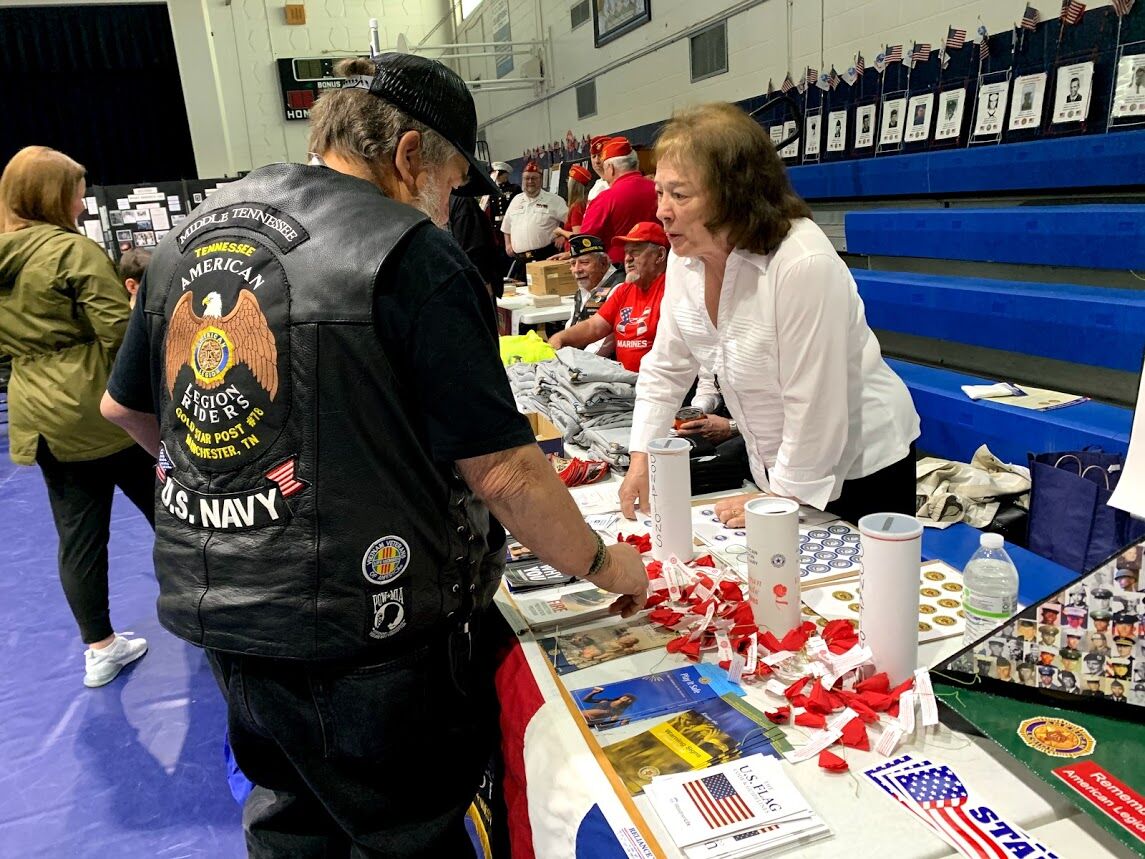 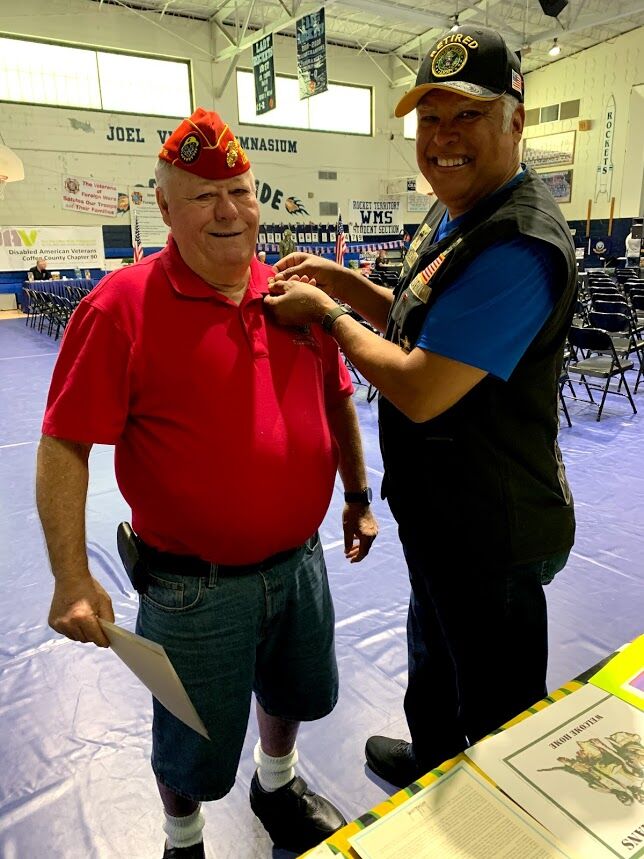 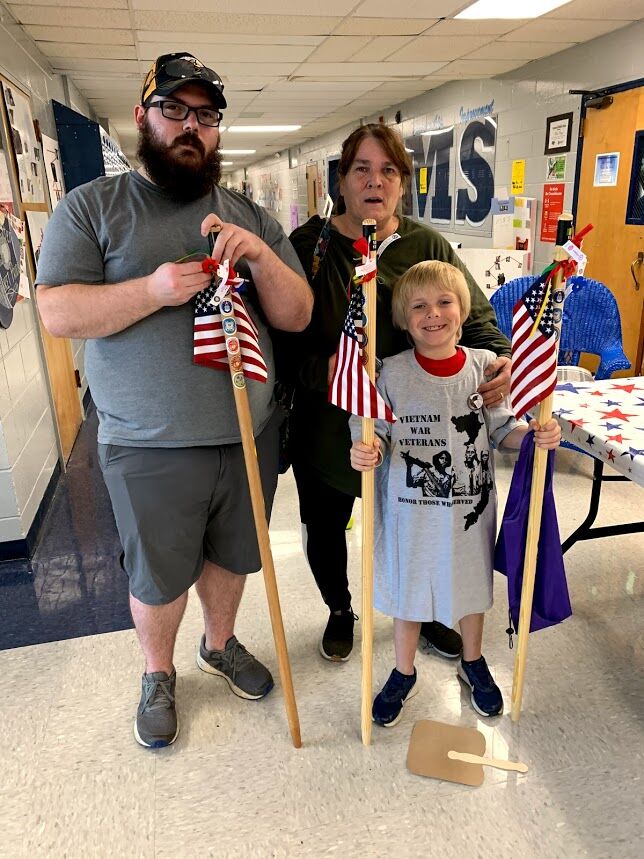 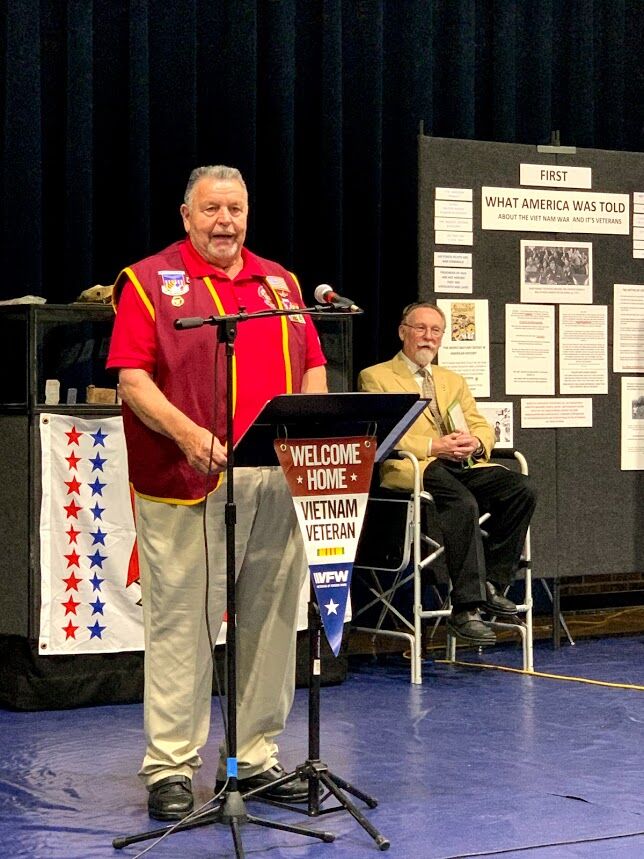 The event exceeded all expectations with 127 in attendance.  The Culinary students from Coffee County Central High School prepared, and served, the dinner items.  Humana sponsored the event, providing the fund for the dinner items.

After the dinner, those who attended listened as Captain Robinson detailed his experiences as a Prisoner of War (POW) for the years he was held in captivity in Vietnam. Robinson was an air crewman in the Air Force with the Sept. 20, 1965, after the Kaman HH43B “Huskie” helicopter on which he served was shot down by North Vietnamese.

Robinson detailed how he was captured and paraded with his fellow captured air crewmen through the streets of various town, being spit upon and harassed along the way.  He said they were like prize trophies for their captors.  He was transported to the infamous, "Hanoi Hilton" until his release many years later.

Upon arriving at their confinement center, Robinson was given clothing similar to pajamas: a pair of shorts, a pair of pants, a short-sleeved shirt and a long sleeved shirt. He was also given a toothbrush, a tube of toothpaste, a mosquito net, a blanket and a tin can to use as a toilet.  "Little did I know those would be my worldly possessions for the next eight Thanksgivings, the next eight Christmases and the next eight New Years," he said.

Aside from the regular torture he endured, including a mock execution, Robinson had no running water or electricity and was permitted to bathe only about once every four weeks. He was fed twice a day, a meal he called "grass soup."

He explained how the prisoners all agreed to return home "with honor".  “The return with honor was our goal", Robinson said, speaking of the shared experience of his fellow POWs during that time.

Robinson gave honors to all Vietnam veterans attending explaining that upon his return to American, he was welcomed to a the best treatment, parades, and honored everywhere he went.  Those attending hung onto every word especially when he said "The treatment that I received upon my return, was denied to you and you deserve it as much as I did."

He has no "survivor guilt", saying that God intended him to live for reason and he is going to fulfill that every day of his life.

Following the ceremony, VFW Commander, Kimberly King, pinned all Vietnam veterans in attendance.  The pins were provided by the Vietnam Commemoration in Washington, DC.

The accompanying event, the Vietnam-Era Veterans Honors Day and Fair was held on Saturday, May 15th at Westwood Middle School.  Again, 1st LT Howard Thompson and Captain Robinson were the special guest speakers.

Informational displays and booths were provided to all attending.  Some participants were able to purchase a special walking stick.  As the participant visited each learning station, or organization, they were given a special sticker with a small fact about the Vietnam war.

VFW Commander, Kimberly King, said "The goal of the Fair was to educate the public on the Vietnam war as well as to provide honors to all of our veterans and their families.  "I would like to thank Principal, Julie Miller as well as Assistant Principal, Jim Dobson, for the help the school and their staff provided to us for the Fair.  It was a wonderful place for the event, free of weather concerns."

Westwood Middle School last year won the VFW National School of the Year, middle school category, for their promotion of American morals, values and education to their students.

Our next event is our Monthly VFW Fundraiser Breakfast at the Coffee County Veterans Building; 130 Shelton Road, Manchester to be held from 7 am to 9:30 am on May 29th.

Later that evening, the Coffee County Veterans Association will host a Memorial Day Ceremony, at Manchester Square, starting at 6 pm. The public is encouraged to bring lawn chairs as seating is limited.  All are invited to attend.  Details can be found at http://www.vfwpost10904.com

This past week, the weather was ideal for harvesting hay in Coffee County. Hopefully a lot of hay has been baled recently. As I drive through …