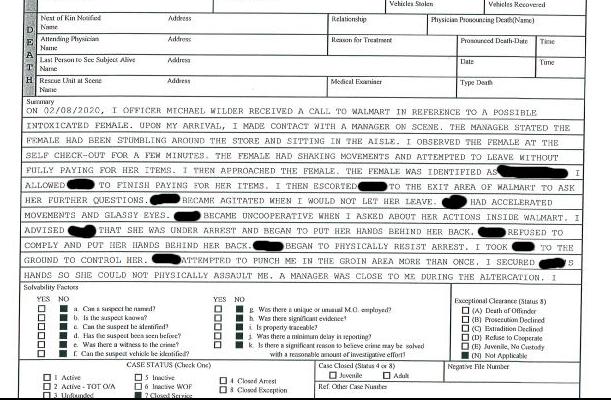 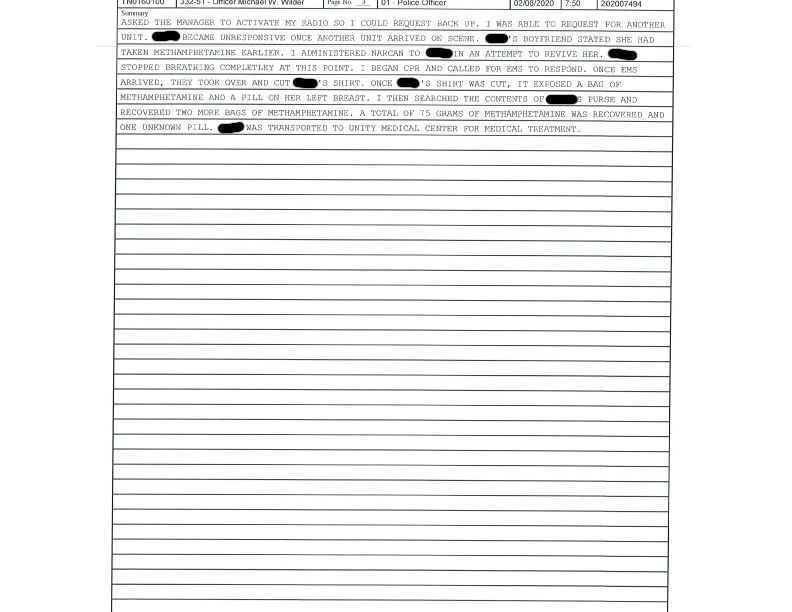 A woman collapsed as she was being detained in Walmart on Saturday. The woman, whose name The Times has chosen not to release, later died.

On Saturday, Feb. 8, the Manchester Police Department was dispatched to Walmart in Manchester regarding a woman who behaved erratically.

During his efforts to stop the woman, the woman collapsed. She was initially transported to Unity Medical Center in Manchester and then transferred to St. Thomas in Nashville, where she died in the afternoon hours of that same day, according to a press release issued by the 14th Judicial District.

TBI is investigating the situation.

A significant amount of methamphetamine was in possession of the deceased, according to the press release.

“At this point, it looks like the woman died from a medical problem unrelated to the officer’s conduct,” according to the statement. “There is no reason to believe that the officer acted inappropriately or somehow contributed to the death of the woman.”

An autopsy has been requested to determine the cause of death.

Manchester Police Department Michael Wilder received a call to Walmart in reference to a possible intoxicated female on Saturday.

“Upon my arrival, I made contact with a manager on scene,” Wilder wrote in the preliminary investigative report. “The manager stated the female had been stumbling around the store and sitting in the aisle.”

Wilder observed the female at the self-checkout for a few minutes, he said.

“The female had shaking movements and attempted to leave without fully paying for her items. I then approached the female. The female was identified, but The Times will not release her name.

“I allowed (her) to finish paying for her items. I then escorted (her) to the exit area of Walmart to ask her further questions.

“(She) became agitated when I would not let her leave.”

Wilder noticed she had “accelerated movements and grassy eyes.”

When Wilder asked her about her actions inside Walmart, she became uncooperative.

“I advised (her) she was under arrest and began to put her hands behind her back,” Wilder said.

She refused to comply and put her hands behind her back, said Wilder.

“(She) began to physically resist arrest. I took (her) to the ground to control her.”

She attempted to punch the officer more than once, according to the report.

The officer then requested a backup.

Her boyfriend stated she had taken methamphetamine earlier, according to the report.

The officer administered Narcan in attempt to revive her.

“A total of 75 grams of methamphetamine was recovered and one unknown pill,” the report states.

She was then transported to Unity Medical Center for medical treatment.