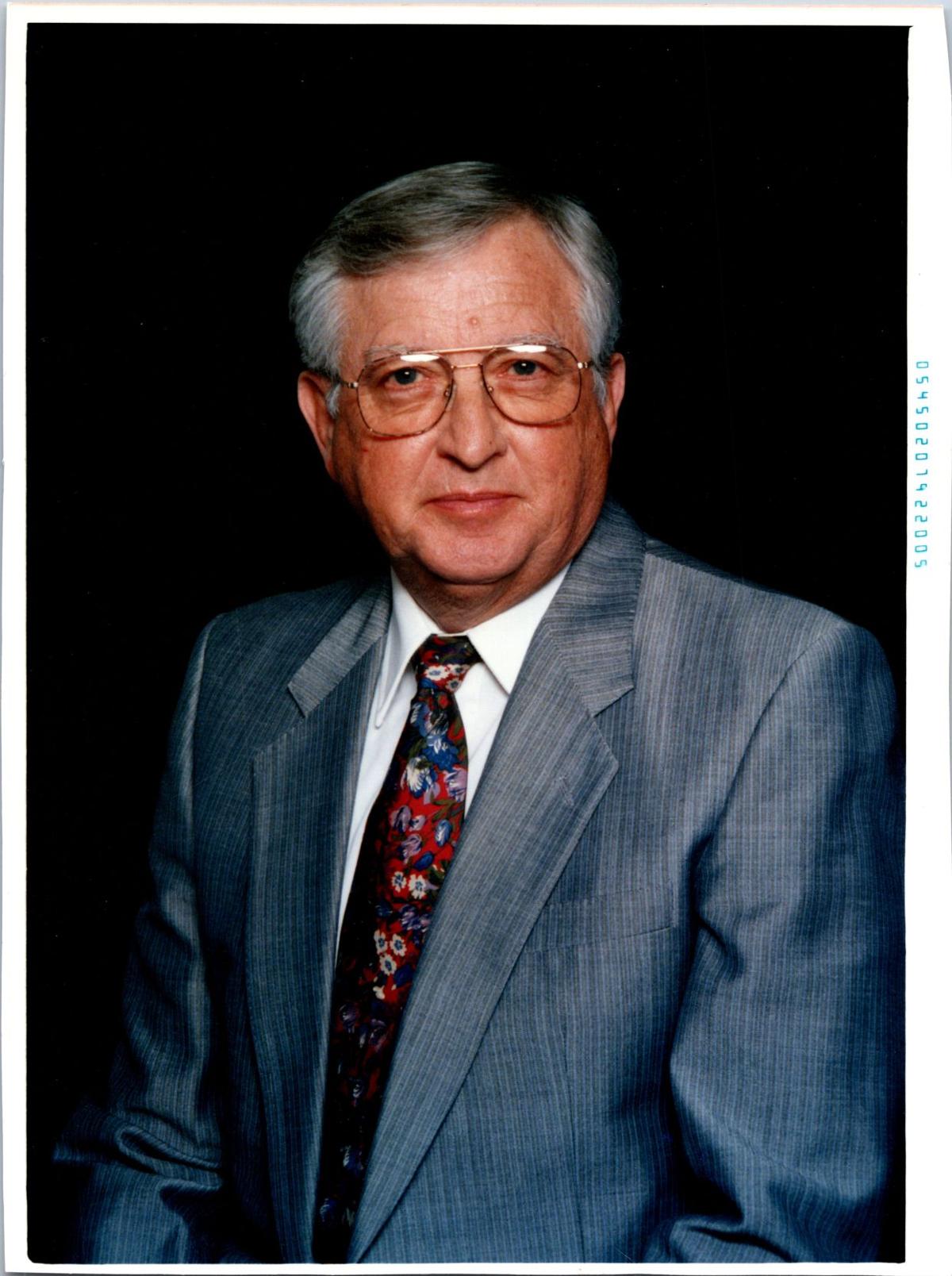 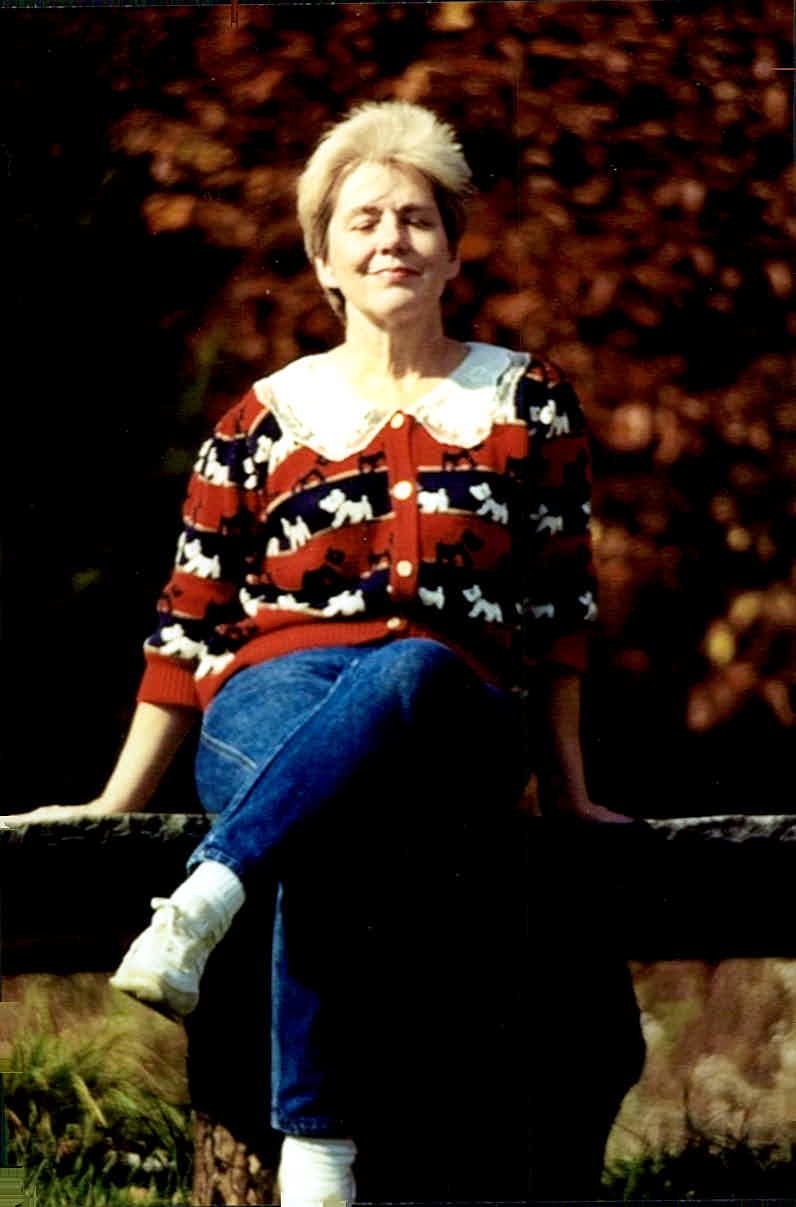 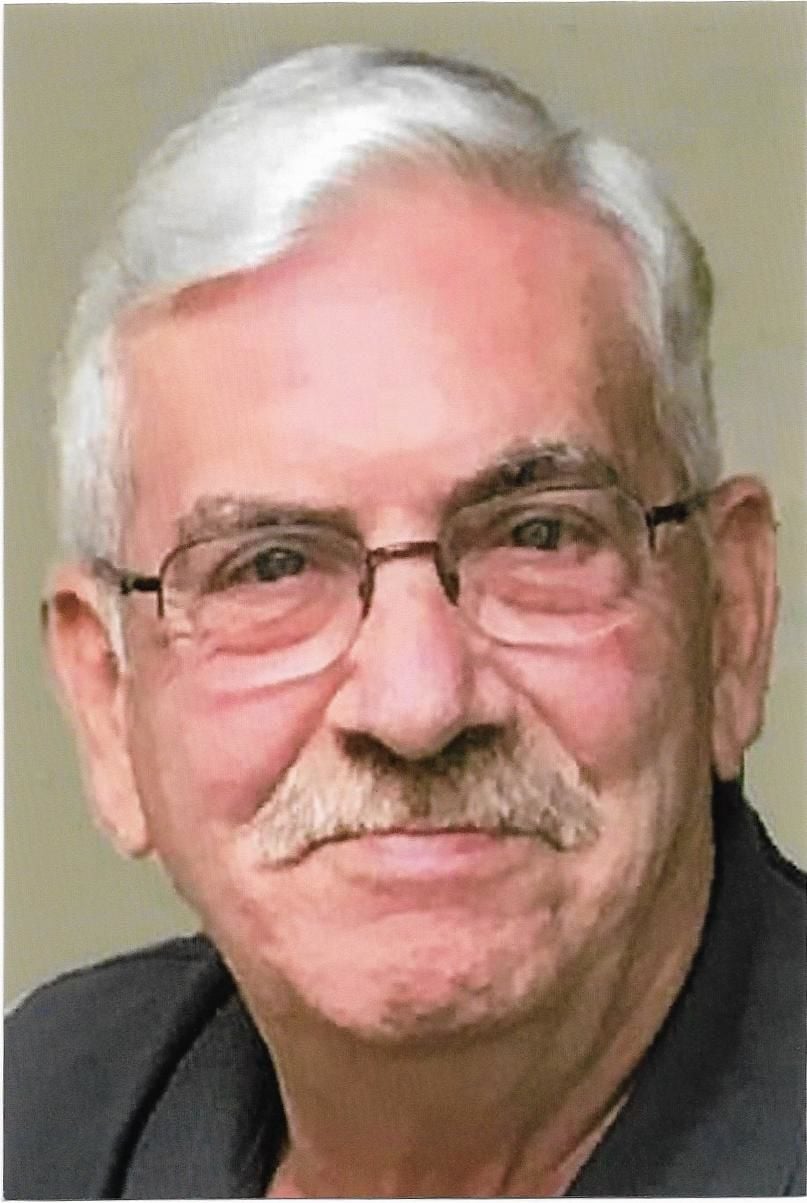 Funeral services for Mr. Jessie Roy Bush, age 88, of Manchester, will be conducted at 2 p.m. on Wednesday, Dec. 18, 2019, at Coffee County Funeral Chapel with Bro. Charles Williams officiating.  Burial will follow in Fredonia Cemetery.  The family received friends from 4-8 p.m. on Tuesday, Dec. 17, at the funeral home.  Mr. Bush passed from this life on Sunday, Dec. 15, 2019, at McArthur Manor. Roy was born in Manchester to the late Will and Ruby Bush.  He served in the United States Navy during the Korean War.  Roy was a member of New Union Church of Christ where he served as an Elder for many years.  He was an educator in the school system for over 30 years, with 23 years as the Westwood Elementary School principal.  Roy loved fishing when he was younger, gardening, bird watching, and traveling.  Family was very important to Roy.  He was a very loving husband, father, brother, uncle, grandfather, and great-grandfather. In addition to his parents, Roy is also preceded in death by one son-in-law, Mike Lillis; six brothers, Flavy, Clayton, Cornie, Dewey, Lloyd, and Dudley Bush; three sisters, Chestel Lafever, Lura Dell Fagan, and Tessie Joy Sherrill. He is survived by his loving wife of 64 years, Wilma Bush; one son, David Bush (LeeAnn); one daughter, JoAnne Sorrell (Jim) chosen family member Dwayne Fulks (Glenna); eight grandchildren, Kirsten Bush, Landon Bush (Rachel), Kevin Lillis, Chelsea Bush (fiancé Logan Ison), Erin Eudaly (Stewart), Andrew Fulks, Parker Bush (Devan), and Shelly Fulks; four great-grandchildren, Kendall Bush, Hali Bush, Patrick Eudaly, and Shae Bush. You may sign the online guestbook at www.coffeecountyfuneralchapel.com.

Patricia Cloud, age 80, of Hillsboro, formerly of Red Bank, N. J., passed away on Thursday, Dec. 12, 2019, at her residence.  Patricia (known as Patsy) was born March 15, 1939, in Long Branch, N. J., the daughter of David and Agnes (Nolan) Donahue.  She married Robert Lee Cloud on Nov. 15, 1958, in Red Bank, New Jersey. Patricia is survived by her loving husband of 61 years, Robert of Hillsboro; daughter, Theresa Johnson (Andrew) of Laytonsville, Maryland; daughter, Linda Weinstein (Cliff) of Pensacola, Florida; son, Brian Cloud (Gloria) of Albuquerque, N.M.; seven grandchildren and two great-grandchildren; sister, Joanne O’Neill of Dunnellon, Florida; several nieces, nephews, and Godchildren.  Patricia is preceded in death by her parents, David and Agnes Donahue; one son, Robert Thomas Cloud; one sister, Eileen Deragon. Patricia was employed by the United Parcel Service for 16 years.  She also owned and operated a Carvel ice cream store in Middletown, N.J. for 10 years. Visitation for Patricia was held at Manchester Funeral Home on Friday, Dec. 13,  from 6-8 p.m..  Funeral services were conducted at 10 a.m. on Saturday, Dec. 14, 2019, at St. Mark’s Catholic Church, in Manchester. The family requests for donations to be made in Patricia’s name to St. Jude Children’s Research Hospital, 262 Danny Thomas Place, Memphis, TN, 38105, by phone, 800-805-5856, or by their website, www.stjude.org. The family hosted a reception with friends following the service at 2 p.m. on Saturday, at 2828 Bains Road, Hillsboro, TN.

Mr. Roy Howard Fulton, 77, passed away Dec. 14 at the Life Care Center of Tullahoma.  He was born in Normandy on Oct. 16, 1942 to Clarence Lee Fulton and Sally Nell Rust Fulton who preceded him in death. At his request he was cremated and no services will be held.

Mr. Ronald "Ron" Dean Inyart, 73, of Bradyville, Tenn. passed away on Dec. 10, 2019.  He was born in Huntington, Ind. on May 27, 1946.  His parents were the late Lester Ray Inyart and Virginia Elsie Gothard Inyart. He is survived by his wife, Roxanne Floyd Inyart; son, Matthew (Stephanie) Inyart of Carthage; daughters, Carolynn Ann (Ronnie) Campbell of Huntland and Madeline (Daniel) Mahon of Tullahoma; five grandchildren, Cooper Inyart, Coleman Inyart, Courtney (Joe) McBee, Dean Harrell, Emma Harrell and a sixth grandchild expected soon.  Mr. Inyart was a veteran of the U. S. Air Force serving during the Vietnam War.  During his time in the military, he was stationed in various states.  His last duty station was in Smyrna.  He soon found his way to Cannon County where he made his home in the Bradyville community.  He met his future wife, Mrs. Roxanne, at the Good Samaritan Hospital, while she was working as a nurse. He was working for the Cannon County Ambulance Service.  They celebrated 41 years of marriage in September. He had a love for the community and wanted to serve.  He was the Chief Engineer and co-founder of the Mooretown Volunteer Fire Department. He also was a co-Captain and co-founder of the Cannon County Rescue Squad. He is a remaining a lifelong member at both organizations.  He was an EMT and was one of the first EMTs in the state to become IV certified.  He also taught CPR and First Aid classes to many in the community.  He was a Cub Scout and Boy Scout Leader for many years and coached boys baseball and girls softball.  He was a member of Mt. Moriah Lodge #18 in Murfreesboro, where he was a Master Mason for over 40 years.  His work life was very active. He helped start a private fleet for delivery at Colonial Corp. for the shirt factory.  He drove a school bus route for Coffee County Schools for 13 years. Visitation was held at Smith Funeral Home on Friday, Dec. 13 from 4-6 p.m. Funeral services were Saturday, Dec. 14 at 1 pm in the Smith Funeral Home chapel.  Wade Campbell officiated.  Interment was in Hathcock Cemetery in Manchester.  Mr. Ron requested no flowers to be sent but, asked memorials be given to either St. Jude's Children's Hospital or the Shriners Hospital.

Mr. James Calvin Rhea, 81, of the Hubbard’s Cove Community in Grundy County passed away Wednesday Dec. 11, 2019 at Alive Hospice in Murfreesboro.  He was born in Hubbard’s Cove on Jan. 14, 1938 to Claude Calvin Rhea and Gladys Marie Adams Rhea who preceded him in death. He was retired from Batesville Casket Company.  He was a member of the Wesley Chapel Church for over 40 years and later the Asbury United Methodist Church and a US Air Force veteran. He is survived by his wife of 52 years, Linda J. Shafer Rhea; son, James Calvin Rhea Jr. Morrison; sister, Sue Rhea (Robin) Hood, Bon Aqua, Tenn., sister-in laws Sally (Bob) Jackson, Garden Grove, Calif., Candice (Mike) Kuykendahl, Lake Havasu City, Ariz.,  and his faithful canine companions, Mac and Chloe Marie. Funeral services were 1 p.m. Saturday at the Central Funeral Home Chapel with Pastor Ben Eschenfelder officiating. Burial was in the Wesley’s Chapel Cemetery.  Visitation was from noon – 1 p.m. Saturday at Central Funeral Home.

Retired Lt. Col. Robert Lee Swindell III, 66, passed away unexpectedly Thursday Dec. 12, 2019 at Unity Medical Center in Manchester.  He was born in Sparta, Tenn. on Oct. 11, 1953 to Robert L. Swindell II and Wanda Lamb Swindell who preceded him in death. He was retired from the US Army after 41 years of service.  He served in Vietnam, Operation Iraqi Freedom and Operation Noble Eagle.  He was a member of the VFW, American Legion, Coffee County Veterans Association.  He was president of the Southeast Asia Army Security Agency. He is survived by his wife, Janice Carol Swann Swindell; step-daughters, Heather Barnett Pinkard (Chuck Bynum) and Ashley Barnett; step-son, James (Doris) Barnett; sister, Dana Carter, Sparta; brothers, Eric and Terry Swindell, Sparta; granddaughter, Gracelyn Pinkard; several nieces and nephews. Funeral services will be 1 p.m. Wednesday in the Central Funeral Home Chapel with burial to follow in the Summitville Cemetery with full military honors.  Visitation was 4– 8 p.m. Tuesday at Central Funeral Home. In lieu of flowers, donations can be made to the VFW Post 10904, 130 Shelton Road, Manchester, TN 37355.