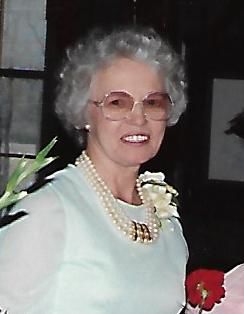 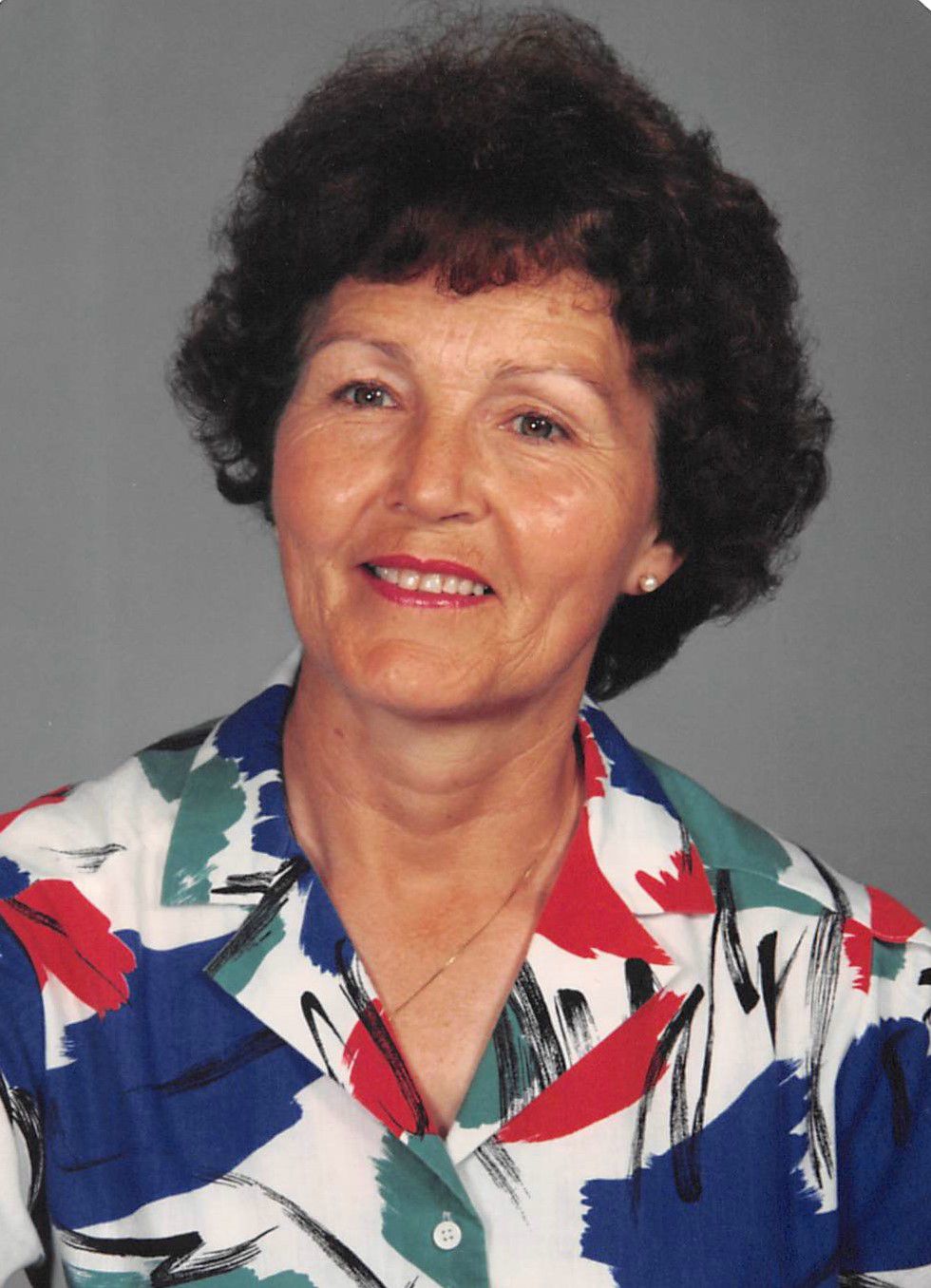 Mrs. Evelyn Keith Barton, 88, of Normandy, TN passed away Nov. 26, 2018 at Vanderbilt Hospital in Nashville. She was born in Winchester on Sept. 11, 1930 to John Keith and Daisy Roberson Keith who preceded her in death, along with her husband, Arthur “Buck” Barton. Evelyn worked at AEDC and later as bookkeeper for Barton Implement in Manchester. She was a member of the Normandy United Methodist Church. She is survived by daughter Barbara Barton of Murfreesboro; son Richard and his wife Mary Lee of Normandy; son Bryan Keith Barton and wife Mary Jane of Normandy, TN; grandchildren, Jill Barton, Kristen (Joey) Coriano, Leslie (Luke) Aaron, Greg (Monica) Barton, Beth (Eric) Grosch, Will Barton, Carrie Barton, Audrey Barton; and four great-grandchildren. Funeral services were Thursday at 1 p.m. in the funeral home chapel with Pastor Laurie Raulston officiating.  Burial followed at Bethany Cemetery in Normandy. Visitation was Wednesday Nov. 28, from 5 to 8 p.m. at Central Funeral Home.

Funeral services for Mrs. Bobbie Jean Carden, age 86 of Manchester, were conducted at 11 a.m. on Saturday, Dec. 1 at Coffee County Funeral Chapel with Brother Tommy Underwood officiating. Burial was in Farrar Hill Cemetery. The family received friends on Friday, Nov. 30 from 4-8 p.m. at Coffee County Funeral Chapel. Mrs. Carden passed away on Wednesday, Nov. 28, 2018 at McArthur Manor. Mrs. Carden was born on July 14, 1932 to the late Thurman and Pearl Crosslin and was the youngest of eight siblings. She was a member of Noah Church of Christ. Bobbie was a third grade teacher for 42 years at New Union Elementary School. She was co-owner with her husband and family of Garner’s Furniture and Appliance Store in Manchester since 1960. Mrs. Carden loved to paint, sew, and could always be found at a Coffee County Schools sporting events. Most of all, she loved spending time with her son, granddaughters, and great-grandchildren. In addition to her parents, Bobbie is preceded in death by her husband of 67 years, Lloyd Winfred “Wimpy” Carden. Survived by her son, Lloyd Carden; grandchildren, Abby Lynch (Joel), Cassie Patton (Tyler); great-grandchildren, August Lynch and Granger Patton; numerous nieces and nephews. You may sign the online guestbook at www.coffeecountyfuneralchapel.com.

Helen Lucille Hickerson Farrar went to be with our Lord on Dec. 1, 2018. She was born on Oct. 20, 1925, in Coffee County to John Hickerson and Birdie Morgan.  She is preceded in death by her parents; her husband of 59 years, Carl L. Farrar; son, Jefferey West Farrar; brothers, Ewin and Tommy Hickerson; grandsons, Dionisios Vythoulkas and Caleb Riddle.  She is survived by her sister, Opal Stephens of Manchester; daughters, Joan Vythoulkas and Brenda Farrar both of Woodbury, and Gina Prince of Estill Springs; sons, Steve Farrar of Elora, Tenn. and Mark Farrar of Hendersonville; 18 grandchildren; 29 great-grandchildren; and four great-great-grandchildren. After raising six children Helen began her next life phase by working as a teacher’s aide at North Coffee Elementary School in Manchester for eleven years.  Helen loved her family and gardening.  She was a life-long member of Blanton’s Chapel United Methodist Church in Manchester. Funeral services for Helen will be conducted at 11 a.m. on Thursday, Dec. 6, 2018, at Coffee County Funeral Chapel with Bro. Louis Johnson and Bro. Roy Hopkins officiating.  Burial will follow in Blanton’s Chapel Cemetery.  The family will receive friends from 4-8 p.m. on Wednesday, Dec. 5 at the funeral home. The family would like to thank the staff and workers at The Rutherford Memory Care facility in Murfreesboro for their care and support for Helen for the past five years, as well as Avalon Hospice. In lieu of flowers, the family asks for donations to be made in Helen’s name to the Alzheimer’s Association, www.alz.org, or Blanton’s Chapel Cemetery, 4376 Powers Bridge Road, Manchester, TN 37355. You may sign the online guestbook at www.coffeecountyfuneralchapel.com.

Funeral services for Mr. Tollie Craig Lee, age 69, of Manchester, will be conducted at 2 p.m. on Thursday, Dec. 6, at Coffee County Funeral Chapel with his brother Stephen “Mike” Lee officiating.  Burial will follow in Forest Mill Cemetery.  The family will receive friends from 5-8 p.m. on Wednesday, Dec. 5 at the funeral home.  Mr. Lee passed away on Thursday, Nov. 29 at St. Thomas – Rutherford in Murfreesboro. Tollie was born in Loudon, Tenn., to the late Frank and Annabell Lee.  He was the owner of Lee’s Auto Upholstery for over 40 years.  He loved watching sports and going to football games.  Tollie was the lead singer of many rock ’n’ roll bands for several years, and he loved people and was a very good listener.  He was a very loving son, brother, and friend. Tollie is preceded in death by his parents, Frank and Annabell Lee.  He is survived by his brothers, Frank Lee (Donna) and Stephen Lee (Debra); sister, Elizabeth Hooie (Joe); adopted son, Ian (Rebecca), three grandchildren; an adopted daughter; best friend, John Hershman; multiple nieces, nephews, and great-nephews. You may sign the online guestbook at www.coffeecountyfuneralchapel.com.

Mrs. Ruth Banks Morton, 87, passed away Thursday, Nov. 29 at her home with her family at her bedside.  She was born in Manchester on Nov. 23, 1931 to Ben  Lomand and Viola Gammons Banks, who preceded her in death along with her husband, Shofner Morton; sister, Virginia Skuya and brothers, Lee and Edward Banks. She was a loving and devoted wife and mother and was of the Baptist Faith. She is survived by her son, James Morton, of Manchester; daughters, Donna and her husband Billy Giles and Nancy and her husband Terry Walker all of Manchester; grandchildren, Jason and William Morton, Benjamin Walker, Roger and Adrian Anderson, Brenda Glaviano and Karen Hook; 11 great grandchildren. Funeral services were 2 p.m., Sunday in the funeral home chapel with Minister Jerry Pullum officiating with burial in the Farrar Hill Cemetery.  Visitation was 5-8 p.m., Saturday at Central Funeral Home.

Funeral services for Mrs. Bobbie Faye Pressley, age 87, of Manchester, were conducted at 2 p.m. on Sunday, Dec. 2 at Manchester Funeral Home with Bro. Ray Cathey officiating.  Burial followed in Concord Cemetery.  Visitation with the family was from 1p.m. until time of service at the funeral home. Mrs. Pressley passed away on Thursday, Nov. 29, 2018 at Select Medical in Nashville. Bobbie was born in Athens, Tenn., the daughter of the late Creed Lawrence Davis and Evelyn Eva Dye Davis.  She was a homemaker and a member of Christian Friendship Church, where she enjoyed gospel music and her strong faith.  Bobbie loved playing games and cooking for her family, especially for the holidays.  She loved being with her family, who meant the world to her.  Bobbie was so generous and always wanted to make sure people had what they needed. In addition to her parents, Bobbie was also preceded in death by her husband, James Edward Pressley; one daughter, Janice Marlene Castillo; and one brother, Granville Davis.  She is survived by six sons, Charles (Diane) Pressley, Lawrence “Larry” (Daphne) Pressley, James “Marlen” (Yvonne) Pressley, Michael (Patricia) Pressley, Robert (Sandra) Pressley; and Mitchell (Sherry) Pressley; two daughters, Edna (Roy) Smith and Darlene (Mike) Petschauer; 38 grandchildren; 47 great grandchildren; and two great, great grandchildren; and special friends, Ray and Vickie Cathey, and Robert and Vickie McCart. In lieu of flowers, the family requests donations of shoes, jackets, etc. to the Family Resource Center, because she loved children.

Funeral services for Ms. Leslie Mai Whittemore, age 85, of Manchester, were conducted at 1 p.m. on Friday, Nov. 30, at Coffee County Funeral Chapel with Rev. James Butler and Rev. Barry Phelps officiating.  Burial was in Summitville Cemetery.  The family received friends from 10 a.m. until the time of service at the funeral home.  Ms. Whittemore passed away suddenly on Monday, Nov. 26, 2018, in Nashville. Leslie was born in Aberdeen, Wash., to the late Charles and Minnie Plumb.  She was a member and Sunday school teacher at Summitville United Methodist Church for many years.  Before retiring from Batesville in 1996 after 25 years, Leslie worked at Pajama Factory for 12 years, and Overall Factory for five years.  She was a member of the Homemakers Club, volunteered helping with the visually impaired, and she enjoyed helping others, crafts, crocheting, and travelling.  Leslie’s most favorite past time however was spending time with her family and being able to help raise her two great-grandsons.  To Leslie family always came first, and she would do anything for them.  She was a loving mother, grandmother, and sister. In addition to her parents, Leslie is also preceded in death by one grandson, Derek Adams; two brothers, Richard and Robert Brewer; five sisters, Kathryn Morrow, Charlotte Page, Ann Matsen, Alice Kellogg, and Mary Metcalf.  She is survived by her two daughters, Sherry (Richard) Swann and Terry (Donald) Adams; one brother, Charles (Joyce) Plumb; one grandson, Chris (Heather) Swann; two great-grandchildren, Will and Jordan Swann; several nieces and nephews in Tennessee, Kentucky, Washington State, California, and Oregon. You may sign the online guestbook at www.coffeecountyfuneralchapel.com.

Nadine Fay Vaughan, age 74, of Manchester, passed this life on Wednesday, Nov. 28, 2018, at her residence.  No services are scheduled at this time. Nadine was born in Beechgrove, the daughter of the late Bennett and Bertha Simmons Driver.  She was a homemaker and loved gardening with her “green thumb,” her cats, and Christmas. In addition to her parents, Nadine was also preceded in death by her husband, Kenneth Mims; two brothers, Gale and Tommy Driver; and two sisters, Marie Nippers and Juanita Blackburn.  She is survived by three sons, Everett, Terry, and Tim Gibson; one daughter, Betty Jean Yarbrough; four brothers, Huey, Bill, Gary, and Dale Driver; six grandchildren; and four great grandchildren.