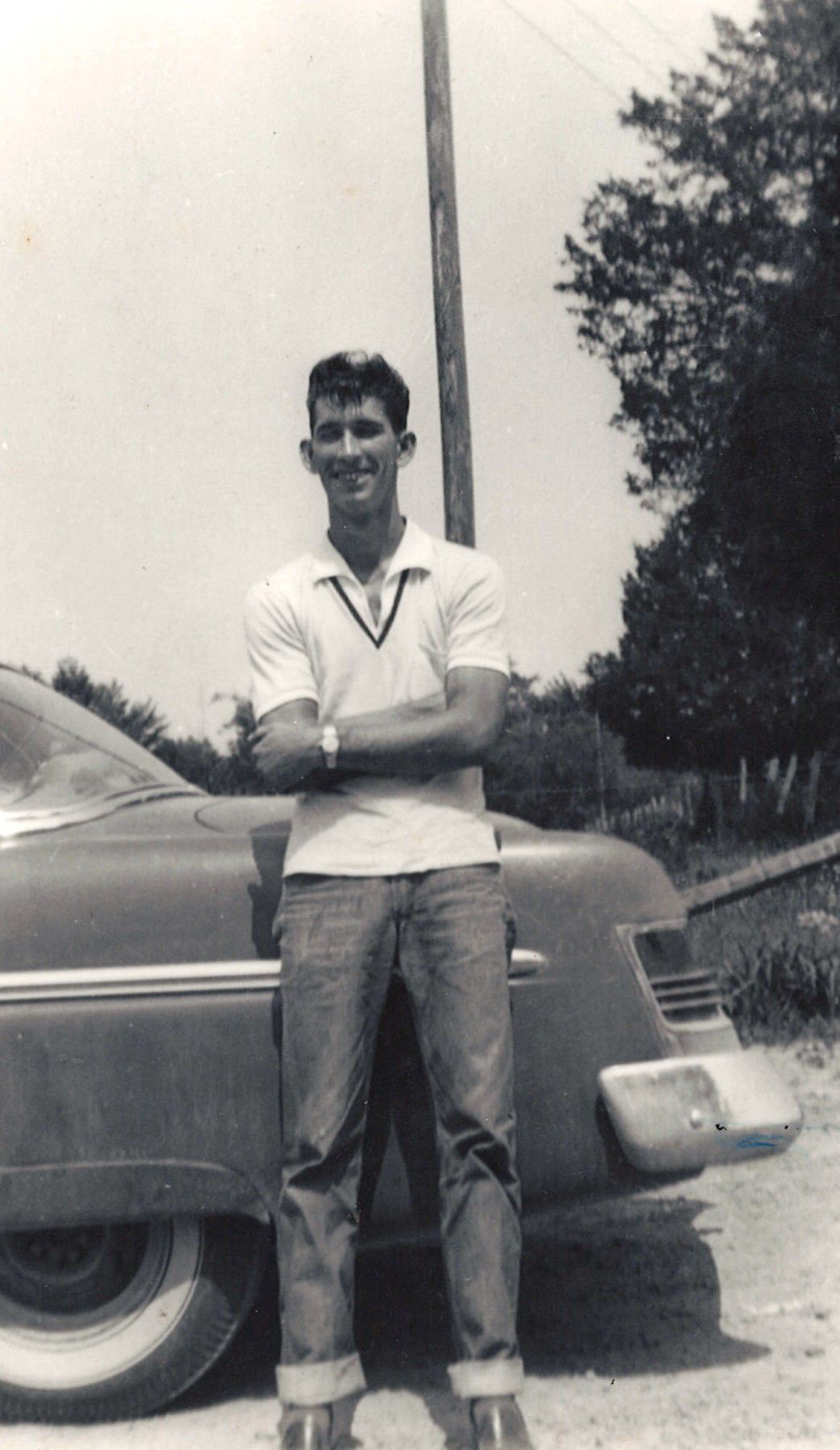 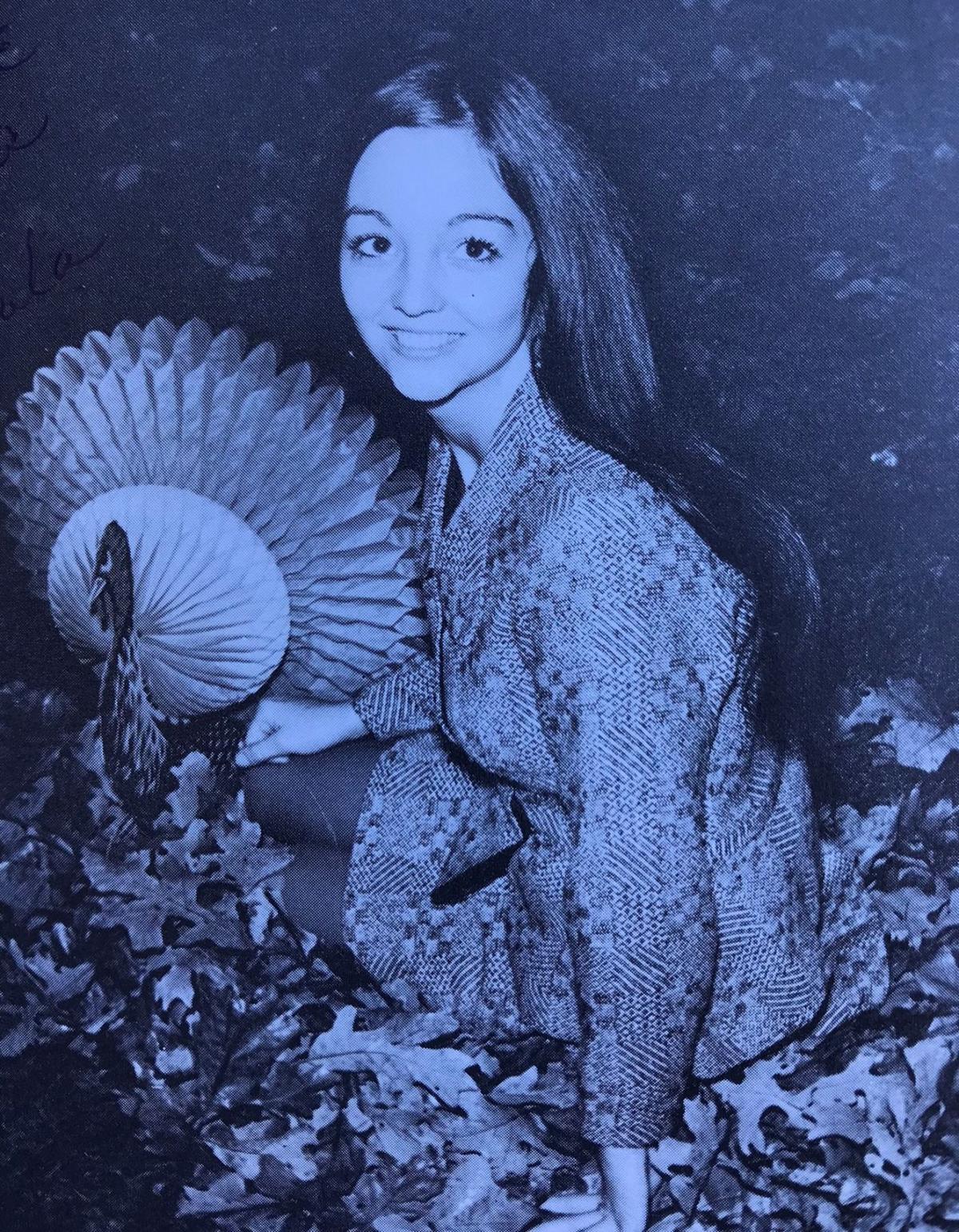 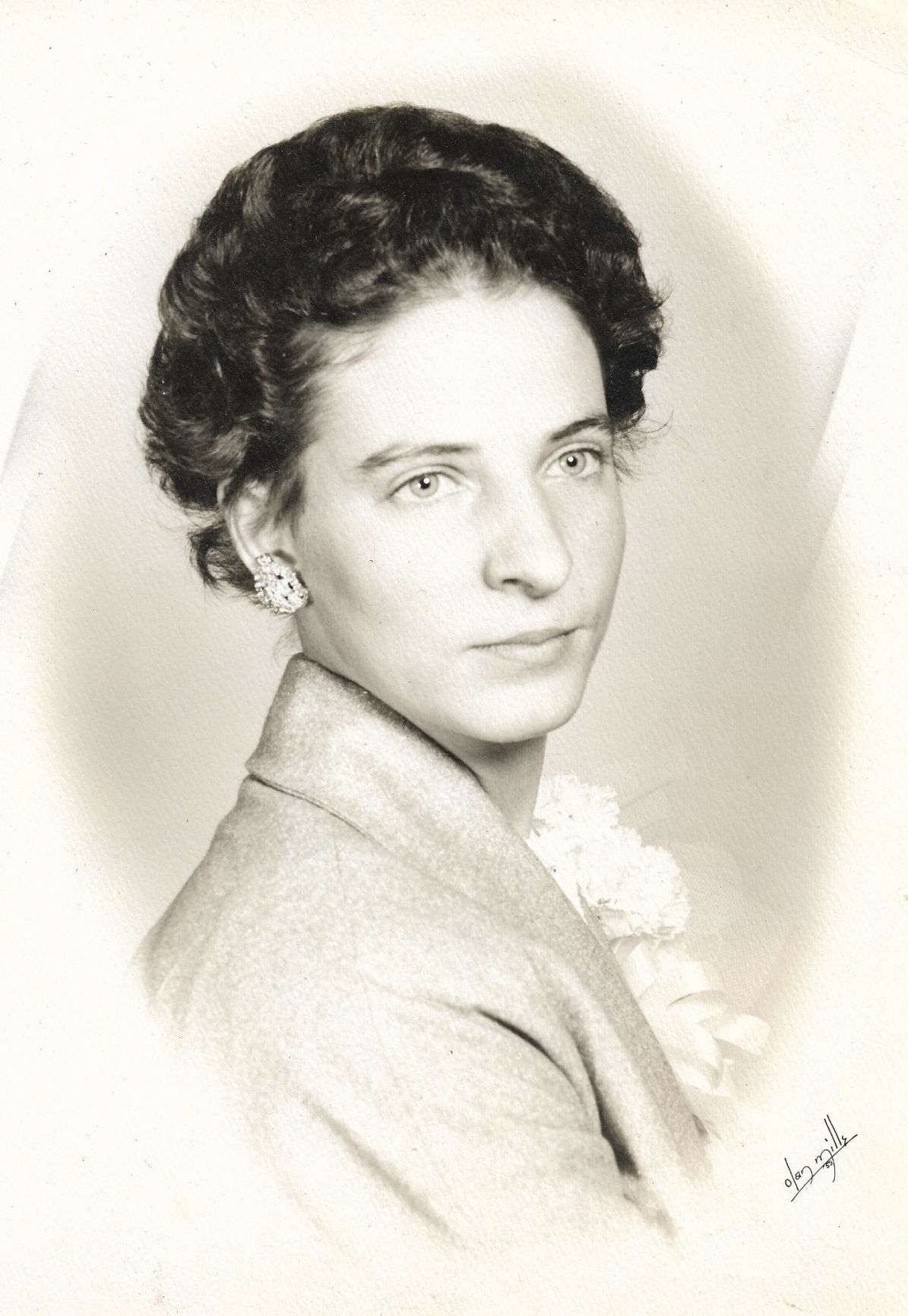 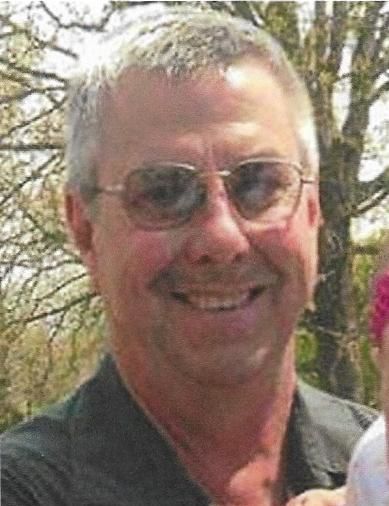 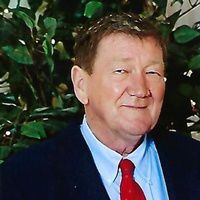 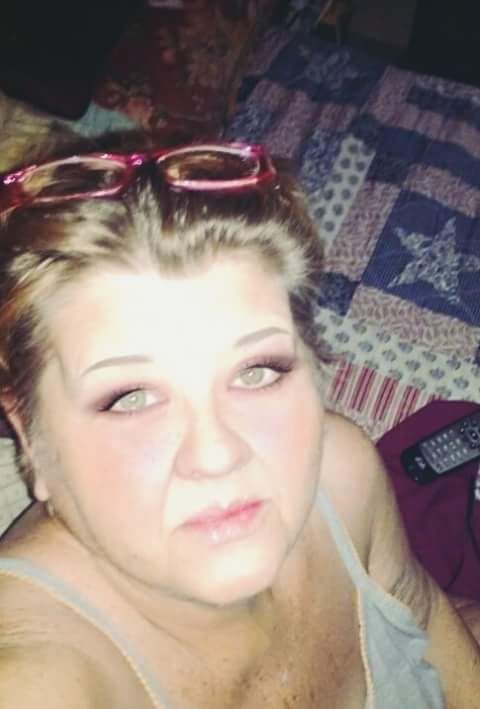 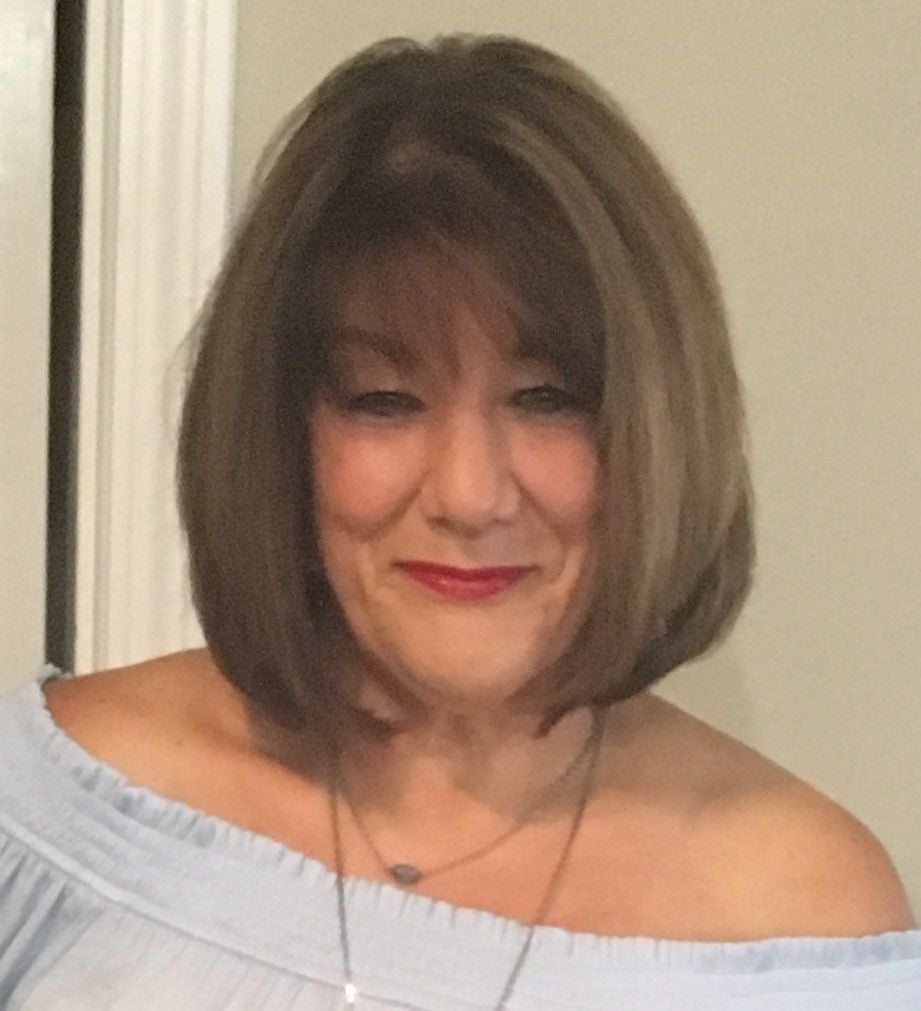 Mrs. Frances Ferrell Anderson, 82, passed away, Tuesday, Feb. 5, 2019 at her home.  She was born in Manchester, on July 29, 1936 the oldest child and only daughter to Joe and Lola Floyd Ferrell who preceded her in death in addition to her daughter, Melissa Diane Anderson; brother, Russell Ferrell.  She was married to Billy Anderson from 1959 until his death in 2008.  Together they raised two daughters on their small farm in Hillsboro.  Frances was a huge help-mate to her husband and was always by his side when tending to farm animals, raking hay or planting the truck patch.  A lot of folks will remember seeing Miss Frances at the farmers markets with her veggies, jellies and rocks.  Frances was a much loved wife, mother and “Nanny.”  She was a member of the Prairie Plains Church of Christ and was a good neighbor, volunteer and friend to the many people that knew her. She is survived by her daughters, Angie Lane and her husband Timmy and Connie Gastineau and her husband J.C.; brothers, Eldie and Birl Ferrell; grandchildren, Chrissy (Jeremy) Thomas, Kara (Trevor) Carlton, Jillian (Dylan) Cunningham, Caley and Cooper Gastineau; great grandchildren, Lillian, Kayson, Madilyn and Kaitlyn; sister-in-law, Carolyn Hollingsworth; several nieces and nephews. Funeral services will be 2 p.m., Friday in the Central Funeral Home Chapel with Minister Billy Robison with burial to follow in the Mount Pleasant Cemetery. Visitation: 4–8 p.m., Thursday at Central Funeral Home. In lieu of flowers the family requests donations made to the Prairie Plains Church of Christ or the Alzheimer’s Association.

Donnie Warren Cates, age 77, of Wartrace, born Dec. 25, 1941, went to be with the Lord on Monday, Feb. 4, 2019. He loved his family dearly and took pride in raising his cattle.  Donnie was married to the love of his life for 56 years. He was preceded in death by: parents, Jewell Hyche Cates and B.R. Cates; and brothers, Benjamin “Ben” and Benny Cates.  Survivors include: his loving wife, Mary Jean Cates; sons, Donnie Warren Cates Jr. and Shannon Earnest Cates; and daughter, Angela Emma (Ollie) Vincent, 12 grandchildren and four great grandchildren; brother, Gary (Cindy) Cates; and sisters, Elaine (Jesse) Reed, Gale (Ronny) Hasty, Airi (Charlie) Creson, and Becky Reed. He will be missed greatly. Per his request, there will be no public services held.

Betty Sue Elder Jennings, age 84, of Woodbury passed away Wednesday, Feb. 6, 2019 at Alive Hospice of Murfreesboro.  She was a native of Coffee County. Survivors include her children, Pennie Lee Jennings Long of Woodbury, Jerrie Sue Jennings (Jeffrey) Macintire of Clarksville, Sandra Jennings (J.R.) Morton of Murfreesboro, and Grady David Jennings of Woodbury; Grandchildren, Nathan Jennings, Shannon Morton Patterson, Scott (Abby) Macintire, Beth Macintire, and Amy Macintire; Great Grandchildren, Marcus, Leo, and Zane Macintire, and Presley Patterson. She was preceded in death by her parents, Jesse Thomas and Nell Lee DeBerry Elder; Husband, Grady Houston Jennings, Jr. and Siblings, Wilma Elder, Edward Elder, Thomas Elder and Earl Elder. Sue was a member of the church of Christ and was retired from the United States Postal Service.  If you knew Sue, you knew she loved to play Rook.  And most Saturday nights, you would find her with the Cannon County Rook Club, where she was a founding member. Funeral services were at 11 a.m., Saturday, Feb. 9 in the Chapel of Woodbury Funeral Home with Bro. Herb Alsup officiating.  Interment was at Shady Grove Cemetery.  Visitation with the family was from 4-8 p.m., Friday, Feb. 8 at the funeral home.

A celebration of life for Mrs. Janet Tice Keenan, age 81, of Beechgrove, will be conducted at 2 p.m. on Tuesday, Feb. 19 at Coffee County Funeral Chapel with Father Klasek officiating.  The family will receive friends from 1 p.m. until the time of service at the funeral home, on Tuesday.  Mrs. Keenan passed from this life on Saturday, Feb. 9, 2019, at Bailey Manor in Manchester. Janet was born in St. Mary’s, West “By God” Virginia to the late Millard and Alta Tice.  Her first and most rewarding career was being a homemaker and taking care of her children, followed by a long career as a Registered Surgical Nurse at Vanderbilt University Medical Center before her retirement.  Janet served on the Coffee County Election Committee in the Noah Community.  She loved to swim, do yoga, and enjoyed any outdoor activity.  Family and friends meant everything to Janet, and she was a loving wife, mother, grandmother, and sister. In addition to her parents, Janet is also preceded in death by one brother, Robert Tice; one sister, Judith Tice.  She is survived by her loving husband of 58 years, Martin Keenan, Sr.; two sons, Martin Keenan, Jr. (Lauretta) and Erin Keenan, Sr. (Tracey); two sisters, Marjorie Wolfe and Martha Steinbeck; three grandchildren, Marlee (Jared), Valerie (Braxton), and Erin “Tice” Jr.; two great-grandchildren, Blakely and Shelby. In lieu of flowers, the family asks for donations to be made in Janet’s name to the American Cancer Society, P.O. Box 22478, Oklahoma City, OK 73123; www.cancer.org. You may sign the online guestbook at www.coffeecountyfuneralchapel.com.

Mrs. Paula Sweeton Johnson, 61, passed away Friday, Feb. 8, 2019 at Alive Hospice in Murfreesboro.  She was born in Gruetli-Laager, Tenn. on Oct. 24, 1957 to James Sweeten and Essie Jean Henderson Sweeton who preceded her in death along with her brothers, Kelvin Sweeton and Sammy Byars. She is survived her husband, Brooks Johnson; sons, Aevery Johnson and Ashton Johnson; daughters, Tava (Dustin) Gallagher; sisters, Johnnie Kay Ellis and Lana Givens; several nieces and nephews. Funeral services will be 2 p.m. Wednesday in the funeral home chapel with burial to follow in the Fall Creek Cemetery. Visitation was 5 p.m. to 8 p.m. Tuesday at Layne Funeral Home, Palmer, Tennessee.

Yvonne Marie McCutchion, born Dec. 17, 1959 passed away Jan. 20, 2019 at the age of 59 years old. Yvonne had been a long-time resident of Manchester after the passing of her husband, Earnie, of Virginia. She recently was a resident of Chatsworth, Ga., where she lived with her fiancé Roy Pennington and his two aunts and mother, whom loved her very much. Ms. McCutchion was preceded in death by her mother, father, her sister, Macy, and three brothers. She is survived by her son and daughter-in-law, John and Addiland Bullard of Indiana; her daughter, Nola and husband Mike Sees, their two daughters, Alexandra and Raven, all of Virginia; her oldest sister Barbara Sibley of Texas; two children and grandchildren all from Tennessee; her sister and brother-in-law, Christine and Brad Lively, their three children and grand children, all form Tennessee; her brother, whom loved her more than life, and his wife Donald and Joan Craig of Mariana, Fla.; her baby sister and husband Carolyn and Ret. Staff Sgt. Thomas Stout, and their daughter, Misty Stout all of Manchester, four sons and four grand children and many nieces and nephews.

Funeral services for Ms. Mary Lynn Mills, age 47, of Manchester, were conducted at 11 a.m. on Friday, Feb. 8, at Manchester Funeral Home with Bro. Danny Anderson officiating.  Burial was in Rose Hill Memorial Gardens.  The family received friends from 4-7 p.m. at the funeral home on Thursday, Feb. 7. Mary was born in Atlanta to Catherine Henry and the late Bobby Donihe.  She was known as the “Flooring Covering Lady.”  Mary liked being outdoors, fishing, and camping.  She was a hard worker and devoted friend.  Mary loved spending time with family and friends, and she had a heart of gold. Mary is survived by her mother, Catherine Henry; loving boyfriend of seven years, Creg Melton; one brother, David Donihe; one sister, Lorra Fields.

Samuel S. Freeze, 74, of Union, Mich., passed away Friday, Feb. 8, 2019 at Memorial Hospital in South Bend.  He was born Nov. 28, 1944 in Manchester to Edgar John L. and Ruby Caroline (Duke) Freeze.  Surviving are two children, Julie A. (Gary) Staien of Union, Mich., Samuel W. (Brandy) Freeze of Elkhart, Ind.; four grandchildren, Christie Freeze, Darren Freeze, Annaleah Freeze, Braxton Freeze and a great grandson Emrys Freeze.  Also surviving are five siblings, Harvey (Elizabeth) Freeze of Elkhart, Edna Moss of Taylor, MI, Betty Jo (Robert) Nelson of Westland, Mich., Faye (Harold) Johns of Wyandotte, Mich., Terry Freeze of Indian Rock Beach, Fla.; numerous nieces and nephews and numerous great nieces and nephews.  He was preceded in death by his parents and three siblings, Helen Elrod, Oda Kay Crocker and Leighton Freeze. A celebration of life service for Samuel will be held at 2 p.m. Saturday Feb. 16, 2019 at the Riverview General Baptist Church in Elkhart, Ind.  Pastor Rick Pirtle will preside.  A dinner will follow the service at the church and friends may visit with the family for one hour prior to the service.