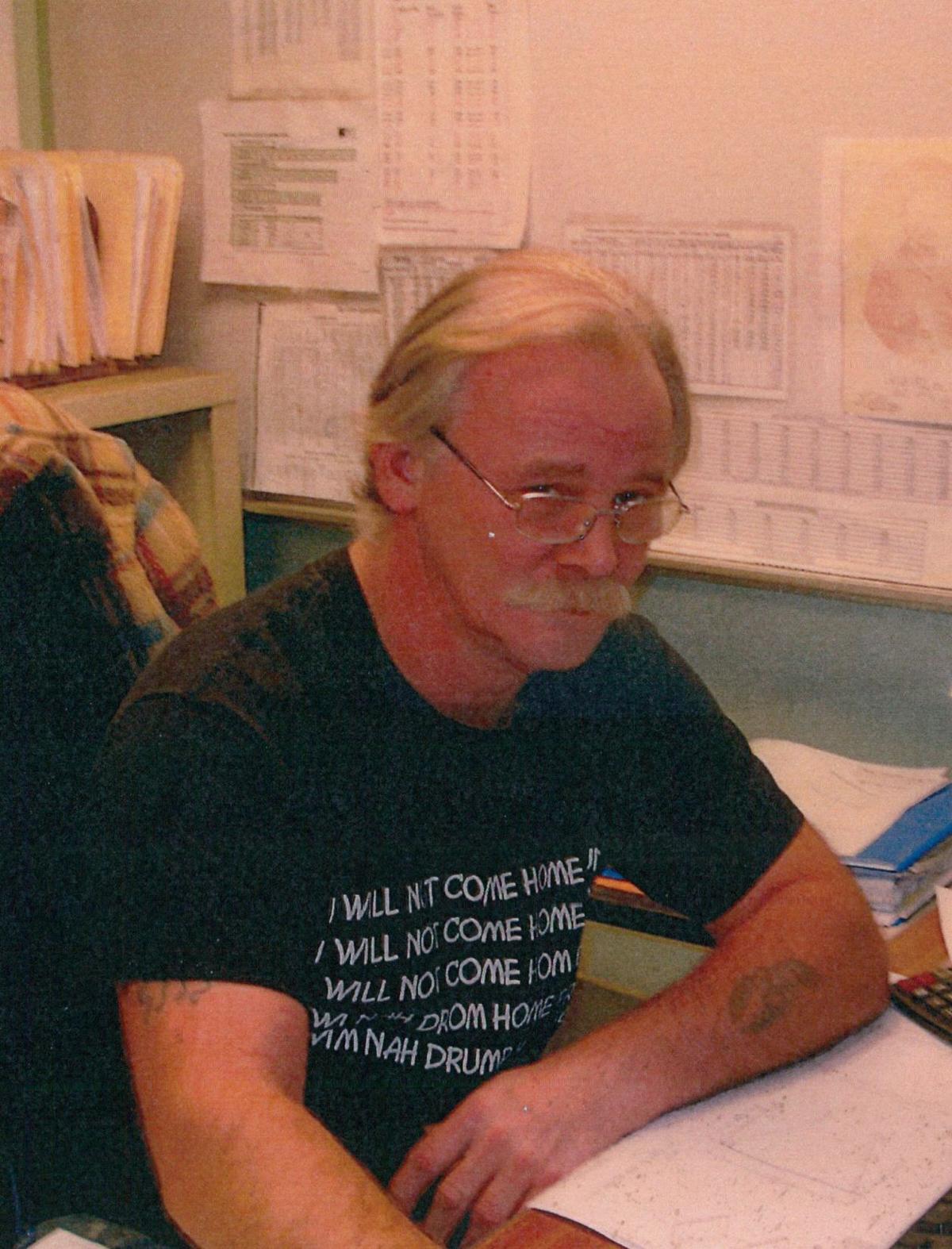 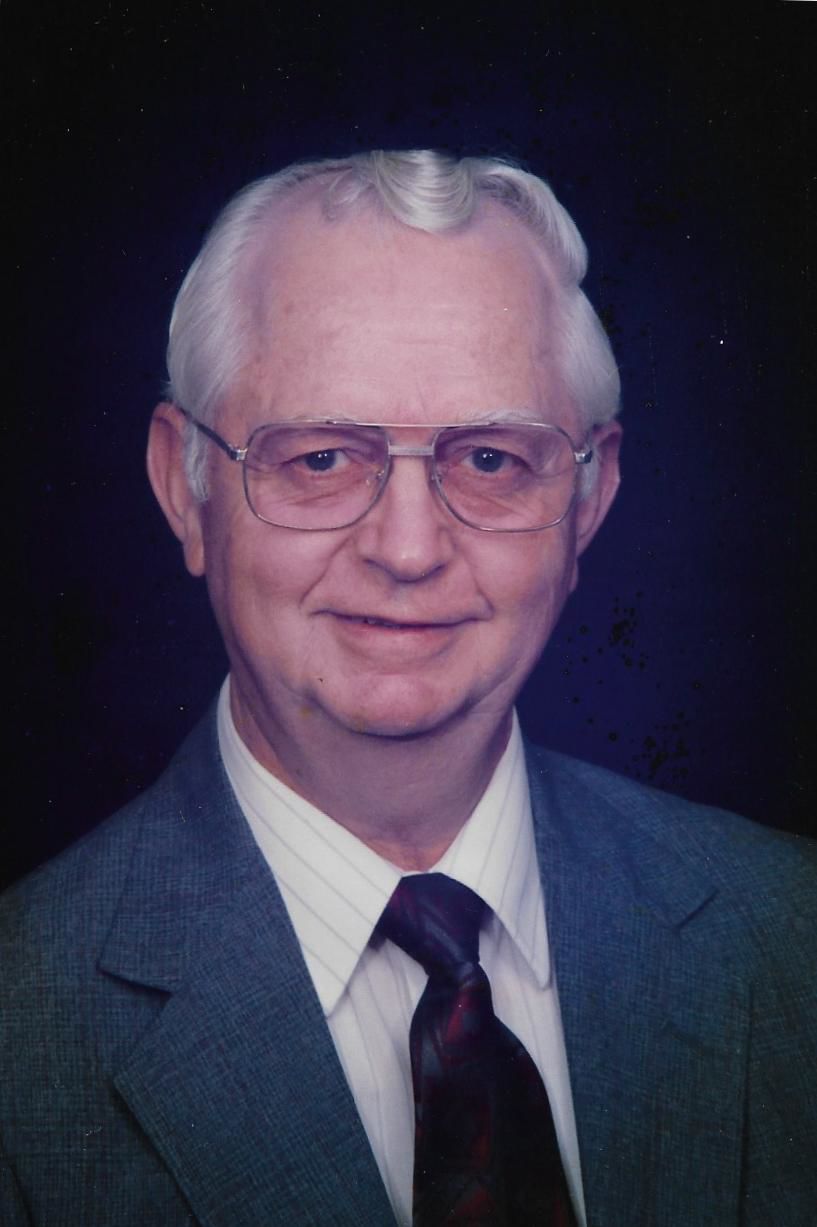 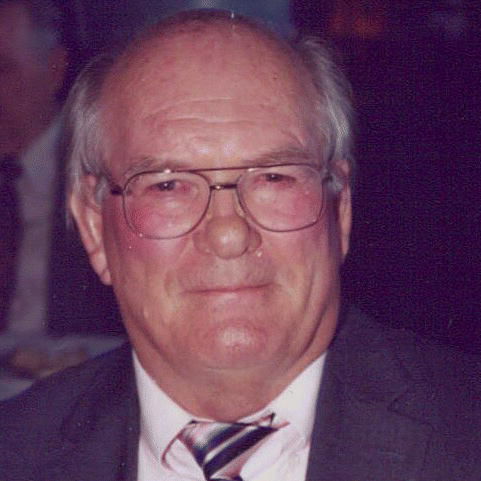 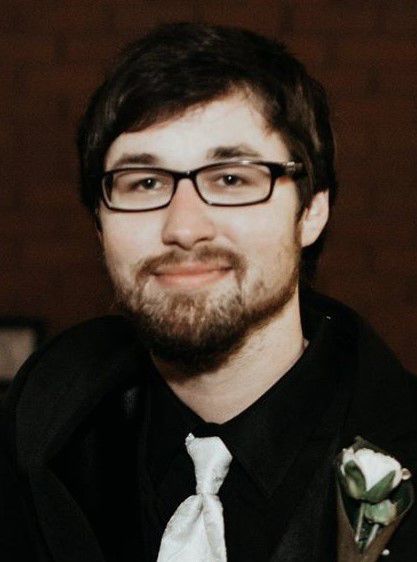 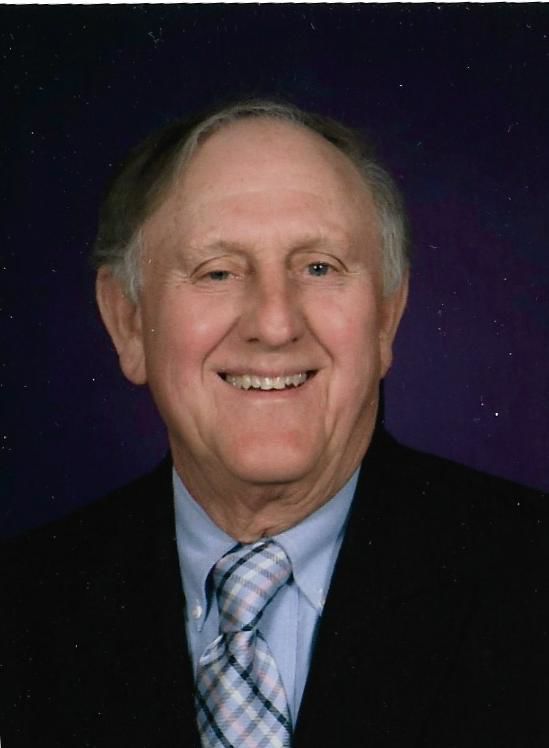 Mr. Grover Thomas Crosslin, 93 passed away, Friday, Feb. 1, 2019 at his home.  He was born in Manchester on April 14, 1925  to Aubrey and Addie Harmon Crosslin who preceded him in death along with his brothers, Roy, Hillery, Ervin “E.C.” and Joe Crosslin; sisters, Blanch Gregory and Vinita Shavers. He had served as an Elder at the South Side Church of Christ and was a current member of the Main Street Church of Christ and retired administrator from AEDC.  Grover was a talented artist, musician and poet. He is survived by his wife of 62 years, Linda Crosslin; daughter, Bonnie Ballard-Wall and her husband, Mike of Hillsboro; sons, Ricky Lynn Crosslin and his wife Cynthia of Elizabethtown, Ky., Ruben Kell Crosslin, Smyrna, Robin Dell Crosslin and his wife, Ida of Thompson Station, TN and David Mahlon Crosslin, Manchester; sister, Oleta Crawley, Kentucky; grandchildren, Scot, Thomas, Amber, David and Lacey Crosslin; great grandchildren, Aubrey and Bailey Crosslin; several nieces and nephews. The family would like to recognize with special thanks his loving caregivers, Michelle Teal and Cindy Davis. Funeral services were 1 p.m. Monday in the Central Funeral Home chapel with Ministers, David Meeks, Allen Adams and Billy Robison officiating with in Rose Hill Memorial Gardens.  Visitation: 11a.m. – 4 p.m. Sunday and 11a.m. – 1 p.m. Monday at Central Funeral Home.

Funeral service for Rondell "Ron" Edward Fletcher, age 80, of Fayetteville, will be conducted at 1 p.m. on Wednesday, Jan. 23 at Higgins Funeral Home with Bro. Charles Gatlin and Bro. Derrick Thompson officiating. Burial will follow in the Higgins Cedar Hills Memorial Gardens. Ron was born on April 29, 1938 in Coffee County to the late John William "Jay" Fletcher, Jr. and Nettie Lucille Scott Fletcher. He served in the US Air Force, was a minister and Bible instructor at Bledsoe Church of Christ, and retired as a Senior Science Engineer with the Department of Defense. Mr. Fletcher passed away on Jan. 19, 2019 at his residence. Survivors include his wife Linda Fay Shelton Fletcher; daughter, Robin Rohling of Lynchburg; son, Ritchie Fletcher and his wife Cindy of Manchester; grandchildren, Robert, Samantha, and Laura Beth Fletcher; two great-grandchildren; sister, Brenda Anderson; and brothers, Eddie, John, and Philip Fletcher. In addition to his parents, Ron was preceded in death by a sister, Gloria Bush. Visitation with the family was from 5-8 p.m. on Tuesday, Jan. 22 at Higgins Funeral Home. In lieu of flowers, memorials may be made to the St. Jude Children's Research Hospital, 501 St. Jude Pl., Memphis, TN 38105-9959.

McMinnville, resident and Coffee County native Bonnie Louise Reed Hollon, age 73, was born March 6, 1945 and died Jan. 29, 2019 at her residence following a short illness. Retired from Powermatic and Yorozu and a member of the Methodist Church, she was the daughter of the late Houston and Clara Mae Phillips Reed. She was married to Ernest Lee Hollon who preceded her in death on Sept. 15, 2004. In addition to her husband of 12 years and her parents, she was preceded in death by daughter, Lori Sweeton; and sister, Patricia Ann Lowery. She is survived by son and daughter-in-law, John and Amy Taylor of McMinnville, TN; daughter and son-in-law, Angela and Jeffery Anderson of Beech Grove; nine grandchildren, Jarrod Herrin, Kimberly Mitchell and husband Matt, Kirstyn "Meme" George, Quinton Taylor, Zachary Taylor, Anthony Hurt and wife Megan, William King, and Stephanie "Lefty" King all of McMinnville, and Shelley Wright and husband David of Michigan; 22 great-grandchildren; sister and brother-in-law, Shirley and Roger Lowery of Manchester; and fiancé, Tommy Jordan. Funeral service was 1 p.m. Friday, Feb. 1, at High Funeral home Chapel with George Reynolds officiating. Burial was in Zion Hill Cemetery. Visitation was Thursday from 10 a.m. until 8 p.m. and from 9 a.m. until the time of service Friday at Highs. Online condolences may be made at www.highfuneralhome.com

Mr. Robert Sidney Langham, 30, passed away Friday, Feb. 1, 2019 at his home in Manchester.  He was born in Manchester on July, 11, 1988. He was employed by Great Lakes Cheese in Manchester.  He was a graduate of Coffee County Central High and Middle Tennessee State University.  He was known by everyone as a devoted Alabama Football fan. He is survived by his mother, Tammy and her husband, Bob Wilson; father, Chris Langham and his wife, Dana; daughter, Kailey Langham; brothers, Austin Cline and Jacob Langham; grandparents, Clairrene and Nelson Hale, George and Julia Haynes, Frank and Linda Langham; step-grandparents, the late Larry Robertson, Sandra Robertson, Craig and Clara Munn; numerous aunts, uncles and cousins. Funeral services will be 1 p.m. Thursday in the Central Funeral Home Chapel with Minister Randy Robertson officiating.  Visitation: 4–8 p.m. Wednesday at Central Funeral Home. In lieu of flowers the family has requested donations be made to establish a college fund for his daughter, Kailey Langham, at First Vision Bank in Manchester, Tennessee.

Martha Lou Guffey Lawrence of Nashville passed away on Feb. 3, 2019 at the age of 92. Martha was born in Scottsboro, Ala. She was a graduate of Manchester High School and Draughn’s Business College in Nashville. She was employed with the Genesco Company for 29 ½ years and the State of Tennessee, The Department of Safety, The Department of Middle Tennessee Mental Health and The Department of Environment and Conservation for 31 years. She was a member of the First Baptist Church of Hillsboro. Martha was preceded in death by her parents, Elijah Wade and Mary Lou (Keasling) Guffey; two brothers, Hobson Guffey and David Guffey. She is survived by her daughter, Tammy Lawrence of Nashville; one sister-in-law, Betty Dunn Guffey; one niece, Daffey (Stanley) Harvey, and two great nephews, Kyle (Katie) Harvey and Kody Harvey of Murfreesboro. Graveside service will be conducted at 11 a.m., Feb. 9 at Rose Hill Memorial Gardens in Tullahoma with Jake Dorak officiating.

Mr. Bobby Frank Layne, 83, passed from this life on Wednesday, Jan.  30, 2019 at Vanderbilt Hospital in Nashville, surrounded by his loving family.  He was born in Hillsboro, on April 2, 1935 to Sam and Espa Burnett Layne who preceded him in death along with his brothers, Joe Ned Layne, Larry Bennett Layne and Harvey David Layne. Bobby was a graduate of Coffee County Central High School’s Class of 1953.  He worked for the AEDC Fire Department and retired in 1996.  After Working for AEDC, Bobby started his own small rental business called Laynes Rentals. Bobby loved the Lord, his family, friends, and sports.  Many days you would find him coaching baseball, softball, basketball, or track for the past 58 years.  He enjoyed traveling and loved his Tennessee Vols football.  Bobby was currently coaching an Upwards Basketball Team with his grandson Larson.  In 2008, his Jiffy Burger Softball Team won the National Championship in Pigeon Forge, Tennessee.  He was a member of the First United Methodist Church in Manchester and Past Master and member of the Hillsboro Masonic Lodge. He is survived by his wife of 60 years, Topsy Roberts Layne; daughters, Karen Layne Henegar and Kelly Layne Meltzer and her husband Mark; grandchildren, Rachel Lauren Henegar, Jonathan Layne Henegar and Larson Reece Meltzer of Manchester; sister, Anita Layne Nipper, Nashville; brothers, Billy Sam Layne, Hendersonville, Tenn., Charles Michael Layne, Manchester, and Steve Burnett Layne, Titusville, Florida; aunt, Betty Layne Smartt, Nashville; brother-in-law, Frank Parks; Several nieces and nephews. Funeral services were be 11 a.m., Saturday in the Central Funeral Home Chapel with Ministers, Frank Smith and Randy Brown officiating with burial in the Rose Hill Memorial Gardens.  Visitation was 3:30 – 8 p.m. Friday at Central Funeral Home. In Lieu of flowers a Coach Bobby Layne Memorial Scholarship Fund has been established at First National Bank, PO BOX 989, Manchester, Tennessee 37349 to help a deserving student from Coffee County.

On Jan. 23, 2019, Mr. John Patrick McChesney, age 63 of Tullahoma, entered into rest at Alive Hospice in Murfreesboro, surrounded by his loving family.  John was born in St. Johnsbury, VT, to the late Raymond and Ruth McChesney.  He was an avid story teller and lived life by his own accord. He is survived by one son, Jason McChesney; one daughter, Chrissie McChesney (Patrick Scott); three brothers, Daniel McChesney, Ronald McChesney, and Raymond McChesney; two sisters, Sylvia Church and Mary Therriault; four grandchildren, Jarod McChesney, Xander Scott, Jordon McChesney and Leo Scott.

The family will hold a private memorial service at a later date.

Mr. Dennis Earl McConaughey, 57, passed away Wednesday, Jan. 30, 2019 unexpectedly while working in Waynesboro, Tenn. He was born in Huntingdon, Penn. on June 30, 1961.  He was preceded in death by his father, Edwin Earl McConaughey; step-daughter, Jennifer Stever. He was a US Army veteran serving 11 years in service.  He was employed by Hall Excavation, LLC in Manchester and was lovingly called “Pap” by his grandchildren. He is survived by his wife, Kathleen Harding McConaughey; mother, Gaye Dickinson McConaughey, Huntingdon, PA; sons, Eddie (Rachel) McConaughey, Huntingdon, PA and Seth McConaughey, Harrisburg, Pennsylvania; step-son, Robert (Katherine) Stever, Greenbrook,  New Jersey; grandchildren, Easton Delaney McConaughey, Robert Stever Jr., Alyse Stever, Finn William Stever and Destiny Amber Stever whom he “Pap” was raising as his own child since the passing of her mother Jennifer Lynn Stever; brothers, Michael (Carolyn) McConaughey; sisters, Doloris McConaughey (Jack), Melissa McConaughey; several nieces and nephews. A visitation with family and friends was held Saturday Feb. 2 from 5 – 9 p.m. at Central Funeral Home.

Funeral services for Mrs. Angeline “Angie” Waterson, age 97, of Beechgrove, will be conducted at 1 p.m. on Thursday, Feb. 7, at Manchester Funeral Home.  Burial will follow in Beech Grove Cumberland Presbyterian Cemetery.  The family will receive friends from 4- 8 p.m. on Wednesday, Feb. 6, at the funeral home.  Mrs. Waterson passed from this life on Sunday, Feb. 3, 2019, at her residence. Mrs. Waterson was born in Coffee County to the late John Wesley and Maude Mary Ann Kell Shelton.  She was a member and Sunday School teacher at the same church as her ancestors, Garrison Fork Baptist Church in Beechgrove.  She loved quilting, crocheting, baking, and cooking, but her favorite thing was flowers and taking care of her family.  Angie was a loving wife, mother, and grandmother. In addition to her parents, Angie is also preceded in death by her loving husband of 71 years, Manley Waterson; one son, John Lester Waterson; one son-in-law, William Miller, Jr.; two brothers, John Wesley Shelton and Lester Lee Shelton; two sisters, Pauline Shelton Banks and Lois Shelton Sholter.  She is survived by two sons, Boyd (Flossie) Waterson of Shelbyville, TN and Terrell (Gail) Waterson of Beechgrove; one daughter, Shirley Ganelle Waterson Miller of Christiana, Tenn.; 10 grandchildren; 11 great-grandchildren; and three great-great-grandchildren.

The late Bobby Layne was an influential man to many and Manchester officials wanted to honor him.