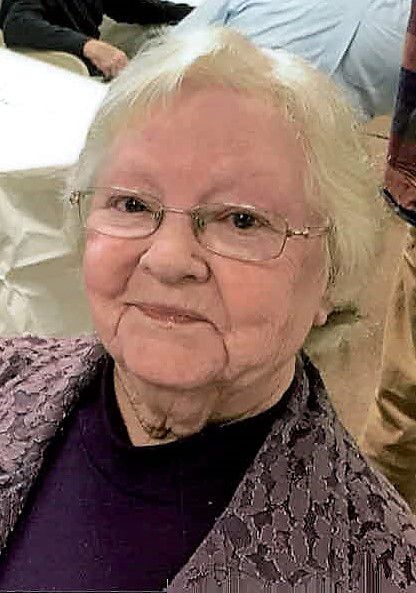 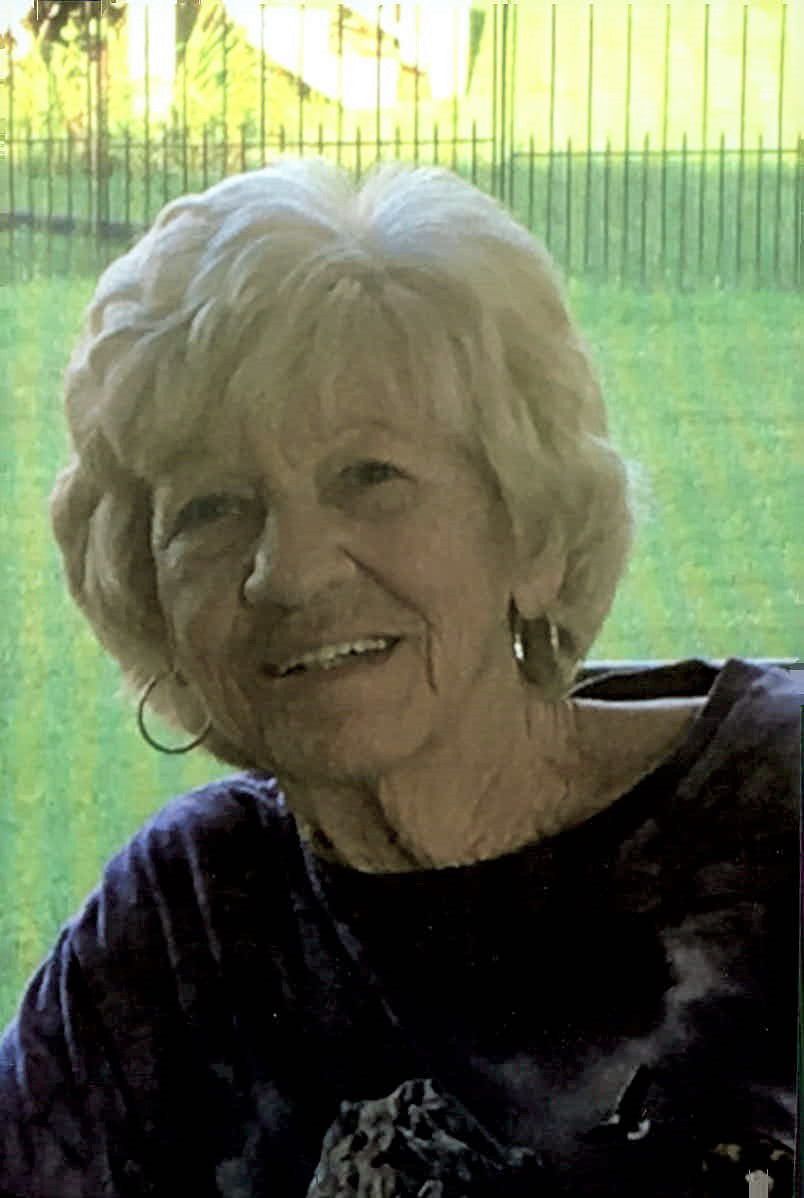 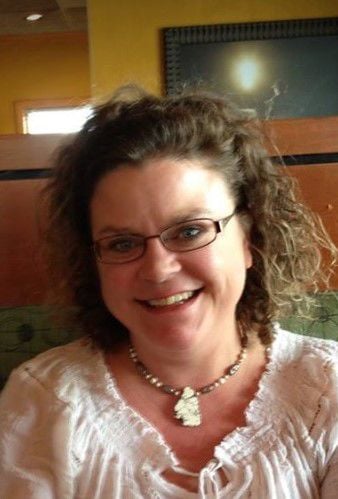 Ruby Lewis Duke, age 88, of Beech Grove, passed away on Saturday, Feb. 9, at St. Thomas Rutherford Hospital after a massive stroke. Ruby was preceded in death by her husband, Horace Duke; her parents, James Henry and Martha Francess Lewis; her sister, Helen Johnson; and her brothers, Jack Lewis, Pat Lewis, James Lewis, and Fred Lewis. She is survived by her daughters, Carolyn (Sammie), and Wilma (Al); her grandchildren, Kevin, Mitzi, Trey (Stacey), Scott (Katie), and Kyle (Brelyn); and her great grandchildren, Chris K., Chris S., Samantha, Sydney, Reagan, Savanna, Jacob, Elijah, Emmalyn, and Kerris. Mrs. Duke was a member of the Lumley Stand Church of Christ.  She loved reading her Bible, working in her flowers, going on vacations, and shopping.  One of her favorite things to do was spending time with her family. Her loving family was with her, singing some of her favorite hymns as she passed this life. Visitation was held on Friday, Feb. 15 from 11 a.m. until time of service at Manchester Funeral Home.  Funeral services will be held at 1 p.m. on Friday, Feb. 15, 2019 with John Bush officiating.  Interment was at Gnat Hill Cemetery.

Mr. William Howard Ferrell, 74, passed away Thursday, Feb. 14, 2019 at his home in Manchester.  He was owner of Ferrell’s Lock and Key in Manchester and a member of Manchester First Baptist Church and Hillsboro Lodge F&AM. Funeral services were 1p.m., Monday in the Central Funeral Home Chapel with Dr. Brenton Cox officiating with burial in the Rose Hill Memorial Gardens.  Visitation was 10 a.m. – 1 p.m. Monday at Central Funeral Home.

Funeral services for Mr. Vernon W. Freeze, age 82, of Manchester, were conducted at 2 p.m. on Saturday, Feb. 16 at Coffee County Funeral Chapel.  Burial was in Rose Hill Memorial Gardens.  The family received friends from 5 – 8 p.m. on Friday, Feb. 15 at the funeral home.  Mr. Freeze passed from this life surrounded by his loving on Monday, Feb. 11, 2019 at his residence in Manchester. Vernon was born in Coffee County to the late Haskell and Nellie Freeze.  He was in law enforcement as the Chief of Police for the City of Manchester and worked security at AEDC for over 45 years together before his retirement.  Vernon loved collecting coins, and he could fix any electronic you brought to him.  He was a loving husband, father, grandfather, and brother. In addition to his parents, Vernon is also preceded in death by one brother, Leon Freeze; one grandson, Christopher Freeze.  He is survived by his loving wife of 54 years, Alice Bennett Freeze; one son, Christopher Freeze; one daughter, Nedra Freeze; one brother, David Freeze; six grandchildren, Jeremy Freeze, Alicia Lewis, Baylnn Baker (Bailey), Candra Baker, and Taylor Freeze; five great-grandchildren, Kori Smith, Kinley Smith, Kylee Cantrell, Karris Lewis, and Caydance Foster. You may sign the online guestbook at www.coffeecountyfuneralchapel.com.

Mr. Craig Steven Fuller Sr., 57, passed away Saturday, Feb. 16, 2019 at his home in Manchester. He was employed by Lawson Electric and was a member of the International Brotherhood of Electrical Workers Union Local 429 Nashville, Tennessee. Services will be private with the family only.

Mr. Charles Edward Harrell, 79, passed away Saturday, Feb. 16, 2019 at his home in Hillsboro. He was retired from the state highway department and county Rural Solid Waste.  He also worked at Brothers Implement and Stewarts Feed Mill up until his health declined. Funeral services were 11 a.m., Tuesday in the Central Funeral Home Chapel with Minister Billy Robison officiating with burial in the Wesley Chapel Cemetery.  Visitation was 5 – 8 p.m., Monday at Central Funeral Home, Manchester, Tennessee.

Funeral services for Mrs. Phyllis Elaine (Hastings) Miller, age 77, of Manchester, were conducted at 11 a.m. on Thursday, Feb. 14, 2019 at Manchester Funeral Home Chapel with Dr. Brenton Cox and Bro. Benny Benjamin officiating.  Burial followed at Blanton’s Chapel Cemetery.  Visitation with the family was from 4-8 p.m. on Wednesday, Feb. 13 at the funeral home.  Mrs. Miller passed away at her residence on Monday, Feb. 11, 2019, surrounded by her loving family. Phyllis was born in Manchester, the daughter of the late Ervin and Kathleen Elder Hastings.  She retired as a bookkeeper from Milton Jones Tire, where she worked for 32 years.  Phyllis loved reading, journaling, going to yard sales, and creating family photo albums.  She was a Christian, who loved her family and was a friend to everyone.  Her back door was always open to anyone who wanted to sit and talk. In addition to her parents, Phyllis was also preceded in death by one daughter, Chrissy Sadler; two brothers, Ralph Hastings and Ervin Hastings, Jr.; and one very special grandson, Ryan Casteel.  She is survived by her loving husband of 46 years, Bobby Miller; children, Rhonda Luneack, Sheila (Amos) Laxson, Robert Miller, and Diana Mitchell; one brother, Dwight Hastings; grandchildren, Gina (Zach) Howard, Bethany (Scott) Patterson, Hannah (Brandon) Osborne, Jessica Sadler, Jillian Sadler, Michael Williams, Sonny Mitchell, and Peagan Mitchell; great grandchildren, Aliyah, Alayna and Asaiah Howard, Nicholas Heimberger, and Adrian Williams; and numerous nieces and nephews. In lieu of flowers, the family requests memorial donations be made to the American Cancer Society.

Funeral services for Ms. Mary Lynn Donihe Mills, age 47, of Manchester, was conducted at 11 a.m. on Friday, Feb. 8, at Manchester Funeral Home with Bro. Danny Anderson officiating.  Burial followed in Rose Hill Memorial Gardens.  The family received friends from 4-7 p.m. at the funeral home on Thursday, Feb. 7. Mary was born on Aug. 23, 1971 in Atlanta to Catherine Hillon Henry and the late Bobby Donihe.  She was known as the “Floor Covering Lady”.  Mary liked being outdoors, fishing, and camping.  She was a hard worker and devoted friend.  Mary loved spending time with her family and friends, and she had a heart of gold. Mary is survived by her mother, Catherine Hillon Henry of Manchester; loving boyfriend of seven years, Creg Melton of Manchester; one step-brother, David Donihe of Conn.; one step-sister, Lorra Fields of Kingsport, Tenn.