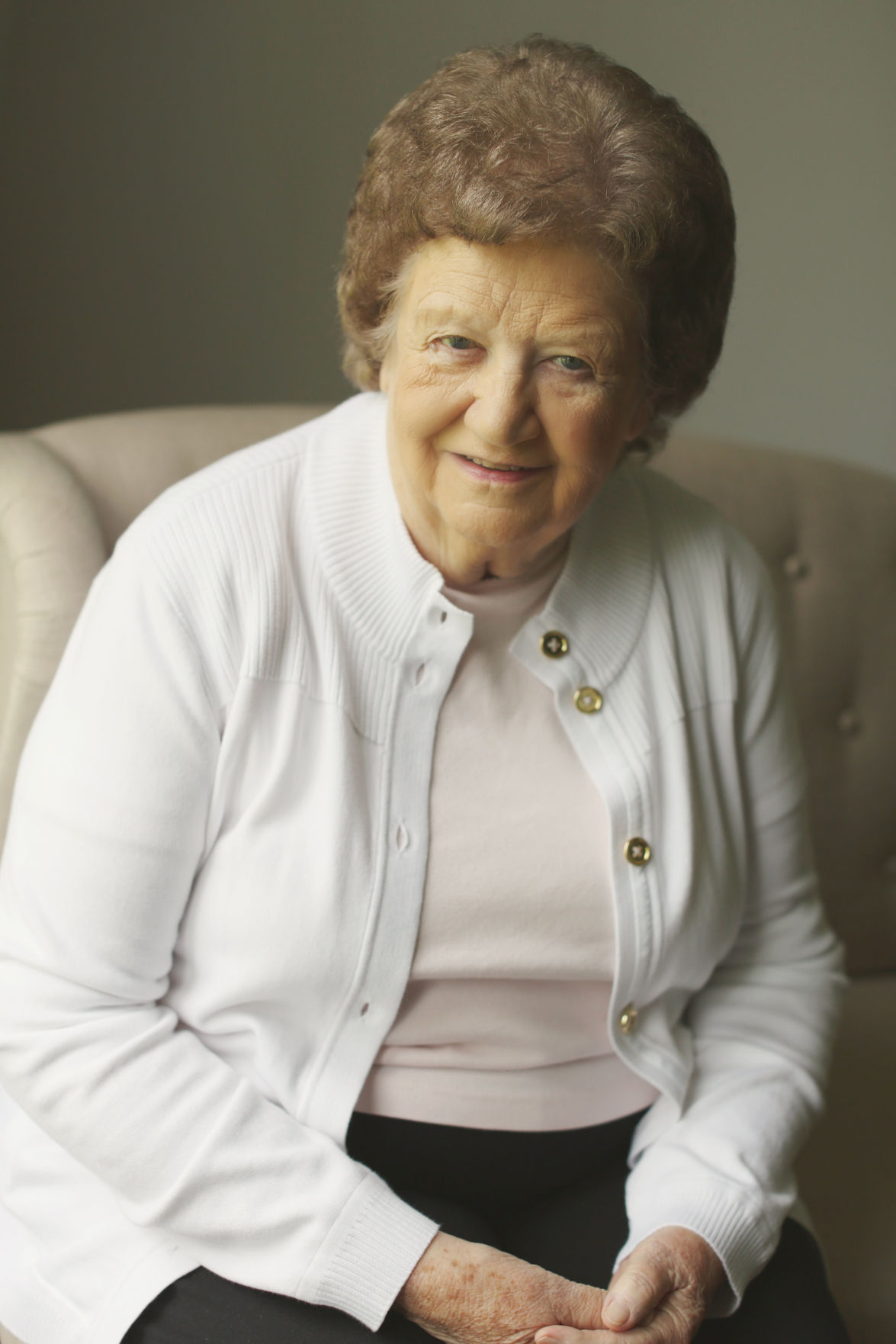 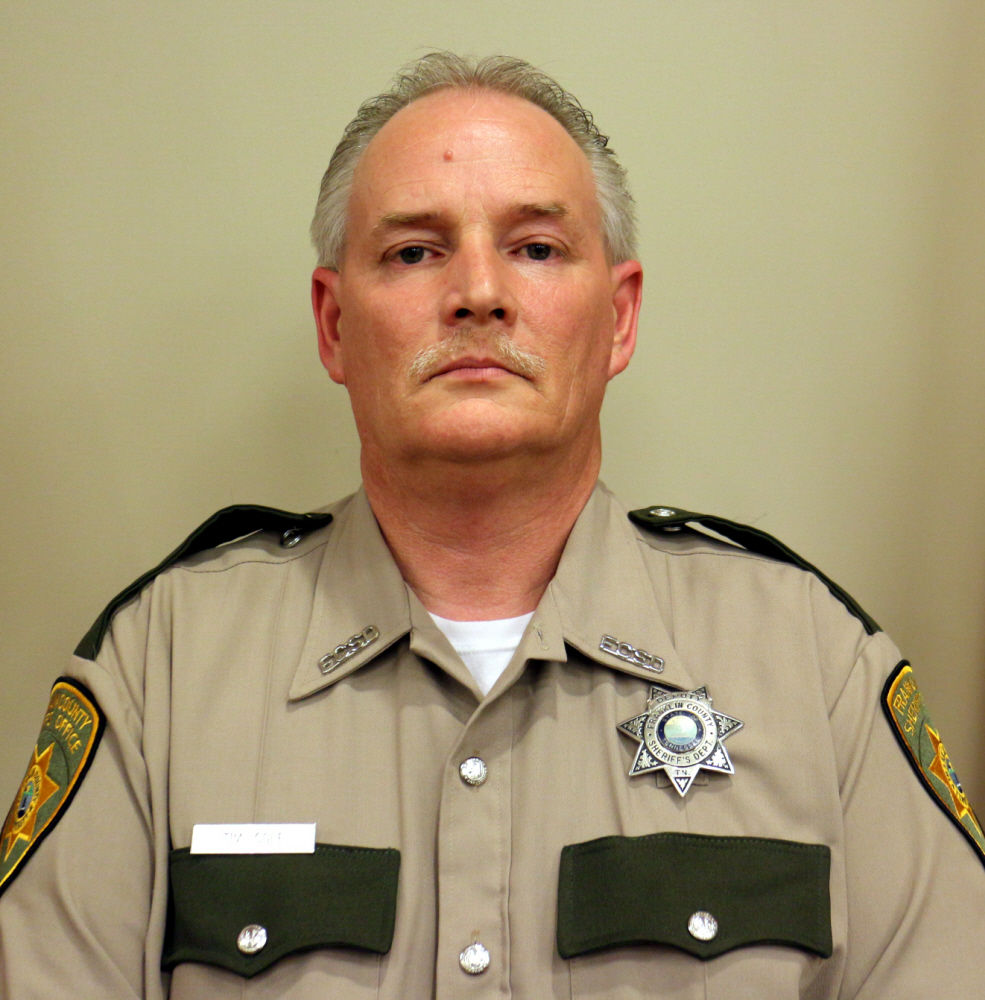 Funeral services for Mrs. Ruth Louise Brewer, age 78, of Manchester, were conducted at 1 p.m. on Friday, Dec. 28, 2018, at Coffee County Funeral Chapel with Bro. Earl Cairns officiating.  Burial was in Fredonia Cemetery.  The family received friends from 11 a.m. until the time of service at the funeral home.  Mrs. Brewer passed from this life on Tuesday, Dec. 25, 2018, at her residence surrounded by her loving family. Ruth was born on Nov. 16, 1940, in Higden, Ark. to the late George and Essie Cullum.  Her mother passed away at a young age, and her family moved to South Haven, Mich.  Ruth went to South Haven High School.  She married Bill Brewer at the age of 18, and they were married for 43 years until his passing in 2001.  Ruth worked in home health until she had to retire in 2015 due to cancer.  In her younger days she loved camping, roller skating, riding boats, and hiking.  She was a member of Boynton Valley Baptist Church in Manchester. In addition to her parents, Ruth is also preceded in death by her loving husband, William “Bill” Brewer; one son, Billy Brewer; one daughter-in-law, Sara Brewer; one granddaughter, Ashley Brewer; one brother, Ervin Cullum; one sister, Opal Cullum.  She is survived by her son, Terry Brewer; daughter, Sherri McCoullough (Jerry); three sisters, Billie Fife, Mary Johnson, and Pauline Stainbrook; three grandchildren, Shani McCoullough, Alisha McCoullough, and William Brewer. You may sign the online guestbook at www.coffeecountyfuneralchapel.com.

Funeral services for Mr. Christopher Lee Duke, age 43, of Manchester, TN, were conducted at 1 p.m. on Thursday, Dec. 27, at Coffee County Funeral Chapel.  Burial followed in Rose Hill Memorial Gardens.  The family received friends from 11 a.m. until the time of service at the funeral home.  Mr. Duke passed from this life suddenly on Saturday, Dec. 22, 2018, at Unity Medical Center in Manchester. Chris was born in Tullahoma, to Richard and Wendy Duke.  He loved fishing, riding his motorcycle, boat, and four-wheeler.  Chris was a very hard worker and an avid sports fan.  He especially loved Tennessee Vols. football.  He was a loving son and brother.  Chris is survived by his parents, Richard and Wendy; one brother, Len Duke; and a host of family and friends. You may sign the online guestbook at www.coffeecountyfuneralchapel.com

Ward “Navaho” Keith Fly passed on at age 63. Ward lived at Hubbard Cove in Morrison.  He was the son of late Audrey Hickerson and Ward Fly. He is survived by his two daughters Autumn Fly Franks and April Fly. He is also survived by six grandchildren and two siblings.

Donald William Hipp of Manchester previously from Mt. Storm, W.V. passed away on Dec. 10, 2018 as the result of a single vehicle accident brought on by a heart attack. Born in Oakland Md. on May 5, 1964, he was the son of Arthur (Bud) Hipp and Juanita Dixon Hipp. He was preceded in death by his father in 2008. Donald is survived by his wife, Ronda Herron Hipp; and his mother, Juanita Dixon Hipp, both of Manchester; one brother, Metro Nashville Police Officer Arthur (Buddy) Hipp, Nashville; two sisters, Charlene Hipp Syx, Cumberland, Md., and Nancy Hipp Youngs and husband Danny, Lebanon Tenn.; nephews Todd Syx, Ind. and Jon Hendrixson, Tenn.; niece Novella Swoape Smith, Tenn.; and numerous cousins, aunts, and uncles. Donald also leaves behind close friends that he regarded as family: Daryl Dasher and Dr. M. Akmal. Donald was an electrician at Browns Electric in Tullahoma, where he was treated like family. He had also previously served as a volunteer fire fighter with the Mt. Storm Fire Dept. Donald will always be remembered for the kindness and love he showed towards others.

Dorothy Ann Gold Moore, 87, passed away on Christmas night, Dec. 25, 2018.  The oldest child of the late John David Gold, Sr. and the late Maymie Wilson Gold, she was born in Scottsboro, Ala. on June 8, 1931.  Dottie was married to Gordon V. Moore for 45 years until his death in 1992.  She and Gordon moved from Alabama to Manchester in 1955.  She was a retired counselor at the Inman Group Home and a member of Main Street Church of Christ.  She was a graduate of Jackson County High School, Motlow State Community College, and Middle Tennessee State University.  She was a past president of the Manchester Jaycettes, a former Sunday School teacher, a member of the Forest Heights Study Club, as well as several other social clubs.  She is survived by a daughter, Rachel M. West of Nashville; two sons, Thomas D. (Beth) Moore of Brentwood and Kenneth G. (Tina) Moore of Franklin; sister, Frances G. (Ray) Powers of Manchester; sister-in-law, Janet G. Davis of Manchester; four grandchildren, Lauren (Dale) Smith of Franklin, Allison West of Austin, Texas, Sarah Moore of Franklin, and David Moore of Franklin; and one great-grandchild, Henley Johnson of Franklin.  She was preceded in death by a brother, John David Gold, Jr.  Visitation was held at 1 p.m. on Saturday, Dec. 29, 2018, at Manchester Funeral Home with funeral services at 3 p.m.  Alan Adams officiated with interment at Rose Hill Memorial Gardens.

Mr. Jesse Aaron Murry, 33, passed away Saturday, Dec. 22, 2018 at Vanderbilt Hospital in Nashville.  He was born in Winchester on Dec. 28, 1984.  He was preceded in death by his father, Dennis J. Murry and grandparents, Will H. Cutts, Imogene Nicholas. He was a member of the World Outreach Church in Murfreesboro. He is survived by his wife, Jessica Brandon Murry; son, William Ashton Murry; mother, Lorie Cutts Dillingham; brother, Dennis Murry and his wife Jennifer; sister, Lacy Hunt and her husband Landon; grandparents, Bill and Carol Murry; loving nieces and nephews. Funeral services were noon, Thursday in the Central Funeral Home Chapel with Minister Steve Reeves officiating with burial in the Zion Hill Cemetery.  Visitation was 5-8 p.m. Wednesday at Central Funeral Home, Manchester, Tennessee.

Timothy “Tim” Howard Ogle, age 53 of Hillsboro, passed away unexpectedly on Tuesday, Dec. 18, 2018 at Unity Medical Center in Manchester.  He was born in Pikeville, Tenn. on Feb. 19, 1965. A public servant, Tim served the community through his employment with Tennessee Department of Corrections for 30 years and as a Franklin County Sherriff’s Deputy for the last 13 years.  He enjoyed antique cars and trucks, but most of all Tim loved his family and the time he shared with them.  His family will remember him as straight and to the point, funny, loyal, and dependable. Tim loved the Lord, and he loved how the Lord worked in mysterious ways.  He is preceded in death by his father, Clarence Howard Ogle.  Tim is survived by his loving wife, Joy Tuck Ogle of Hillsboro; children, Michelle Tucker of Manchester, Thomas Ogle of Knoxville, Lillie Ann Ogle of Hillsboro, and Elizabeth Ogle of Hillsboro; grandchildren, Kadence Tucker, and Selena Bennington; mother, Vonnie Brock of Tullahoma; brothers, Rex Ogle of Crossville, Nickey Simmons of Pikeville, and Michael Simmons of Pikeville; and sister, Leslee Brock of Myrtle Beach, S. C. Visitation was from 5-8 p.m. Saturday, Dec. 22, at Moore-Cortner Funeral Home.  Funeral Services were held at 2 p.m., Sunday, Dec. 23 in the Moore-Cortner Chapel with Pastor Wayne Steele and Pastor Rex Ogle officiating. Interment followed at Hillsboro Memorial Cemetery.