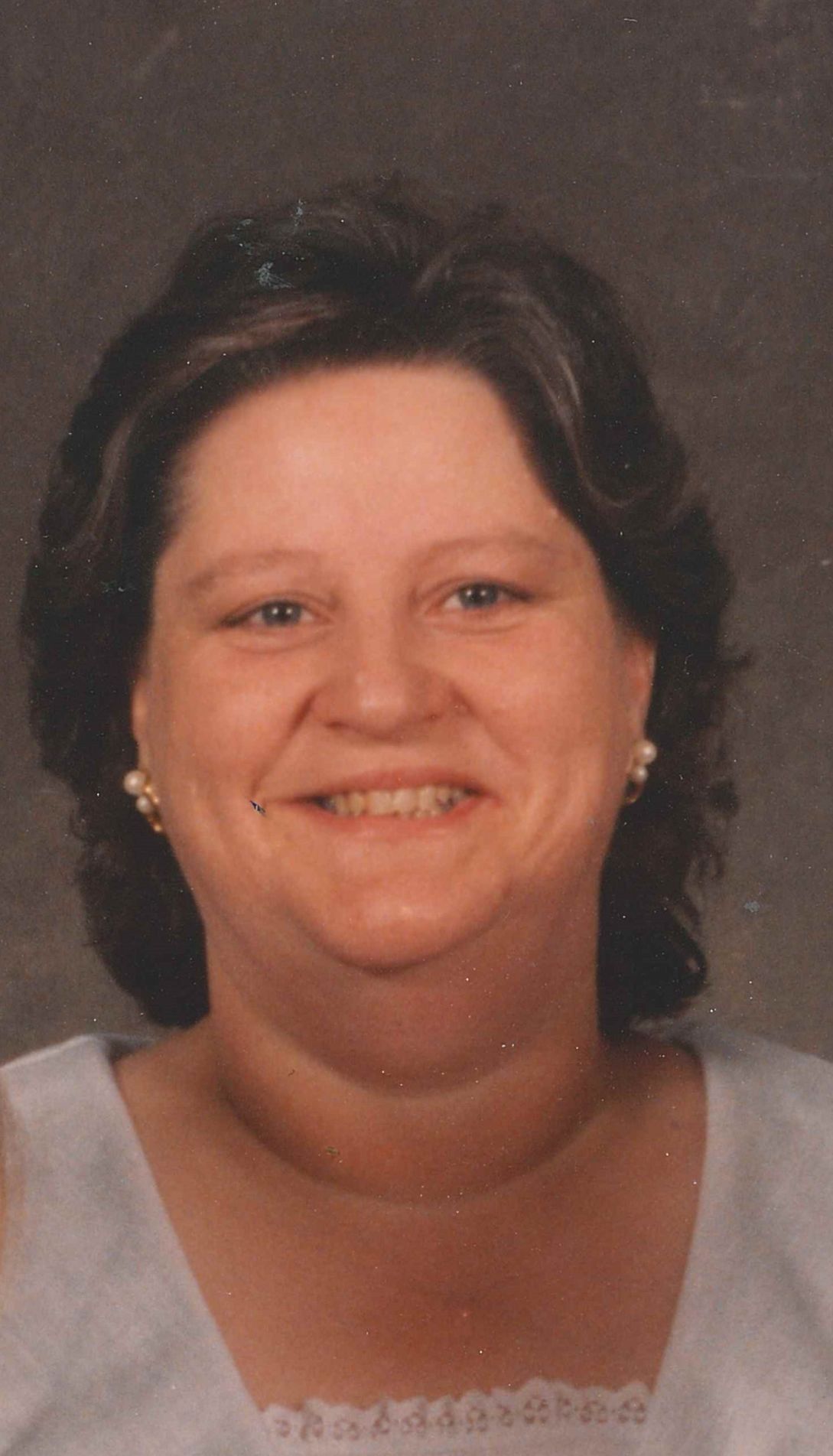 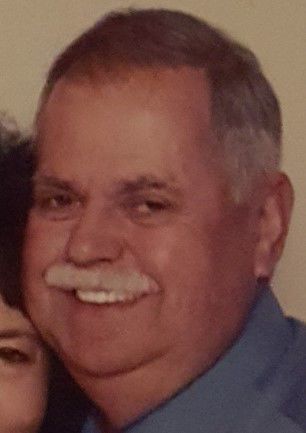 A Celebration of Life for Patricia Carlton Alford, age 68 of Manchester, was conducted on Saturday, Jan. 11 at 3 p.m. at Coffee County Funeral Chapel with Brother Herschel Frazier officiating. The family received friends prior to the service at the funeral home from 1-3 p.m. Ms. Alford passed away on Tuesday, Jan, 7, 2020 surrounded by her loving family. Patricia was born on Oct. 4, 1951 to the late Hulen and Beatrice Carlton. She loved children and cared for many over most of her life. She enjoyed going to yards sales on Saturday’s with her sister, trips to the beach, and spending time with her family. In addition to her parents, Patricia was preceded in death by her granddaughter, Jessica Carlton. Survived by her sons, Tony Carlton (Sonia), Chuck Alford (Christy); daughter, Tonya Givens (Frank); sister, Sylvia Brewer (Floyd); grandchildren, Brent Carlton, Trevor Carlton, Taylor Rayfield, Shelby Givens, Dewayne Alford, Austin Alford; great-grandchildren, Brenley Carlton, Brooklyn Carlton, Briley Carlton; nephews, James Brewer and Michael Brewer. In lieu of flowers, memorial contributions may be made to the Coffee County Schools Family Resource Center, 1343 McArthur St., Manchester, TN 37355. You may sign the online guestbook at www.coffeecountyfuneralchapel.com.

Funeral services for Mrs. Mary Rose Barnes, age 81, of Manchester, were conducted at 2 p.m. on Thursday, Jan. 9 at Coffee County Funeral Chapel.  Burial was in Centertown Cemetery.  The family received friends from 5-8 p.m. on Wednesday, Jan. 8, 2020, at the funeral home.  Mrs. Barnes passed from this life surrounded by her loving family on Tuesday, Jan. 7, 2020, at her residence in Manchester. Mary was born in Winchester, to the late Henry and Loretta Amos.  She was a seamstress for over 30 years upon her retirement.  Mary loved going shopping and to yard sales, and she loved flowers.  She was a loving wife, mother, sister, and grandmother. In addition to her parents, Mary is also preceded in death by two brothers, Leroy “Bobo” Amos and Henry “BB” Amos; two sisters, Beverly Thrasher and Sue Gilliam; one grandson, Waylon Dodd.  She is survived by her loving husband of 50 years, Kenneth Barnes; one son, Tim McCullough (Larissa); two daughters, Darlene Reecer (Robert) and Charlene Dodd (Roger); one brother, Jack Amos; four grandchildren, Kenny, Breonna, Paige, and Kelley; four great-grandchildren, Tori, Erica, Tessa, and Austin; and several half brothers and sisters. You may sign the online guestbook at www.coffeecountyfuneralchapel.com.

Mrs. Molly June Hickman Blankenship, age 83 of Hillsboro, passed away Jan. 10, 2020, at Bailey Manor in Manchester. She was born on June 20, 1936, in Dayton, Tenn. to the late Clarence and Ruby Hickman. She was a member of the Hillsboro Baptist Church. Her hobbies included gardening and flower planting, collecting salt and pepper shakers and rocks. She loved others and caring for all. Mrs. Molly is survived by her husband of 63 years, Clarence Blankenship; four daughters, Molly Ann Cooper (Melvin) of Manchester, Debra Kay Poole (Roole) of Hillsboro, Theresa Carol Hosea (Carl) of Manchester, and Alice Jean Marshal (Mike) of Decherd; one son, Clinton Louis Blankenship of Columbia, Tenn.; grandchildren, Marty Cooper (Casey), Penny Evans (David), Jake Vencion, Harry Hosea, Joseph Hosea, Erica Dwyer (John), Lance Poole, Heather Tucker, and Erina Dority; great grandchildren, Brady and Delaney Cooper, Austin (Kandi) and John McKelvey, Paul Evans, Kara Khloe, John Michael, Charlotte Jacy, and Jaden Dority; sister, Patricia Pritchett of Dayton, Tenn. In addition to her parents, Mrs. Molly is preceded in death by two brothers, Bobby and Paul Hickman, both of Dayton. Graveside services were held on Tuesday, Jan. 14, at 2 p.m. in Rose Hill Memorial Gardens. Visitation with the family was on Monday from 4-7 p.m. at Central Funeral Home. Online condolences can be made at www.centralfuneralhomellc.com

Mr. Troy L. Green, age 69 of Manchester, passed away on Friday, Jan. 10 at his home after an extended illness.  Funeral services will be held on Wednesday, January 15, 2020, at 11 a.m. at Central Funeral Home Chapel with pastor Brandon Stutts officiating. Burial will follow in Rose Hill Memorial Gardens. Visitation with the family was held on Tuesday from 5 – 8 p.m. at the funeral home and from 9 a.m. until time of service on Wednesday. Troy was born in Guntersville, Ala. on May 22, 1950 to Troy A. and Lottie Dunn Green.  Troy is preceded in death by his parents, son, Steven Green, stepdaughter, Penny Shelton, and great grandson, Colby Green.  He is survived by his wife of 10 years, Trudie Cornelison Green.  He had six children and stepchildren:  Shawn Kelley of Mascot, Tenn.; Michelle Hilliard of Jamestown, N.D.; Michael (Tara) Green of Watertown, S.D.; Anthony (Jenny) Green of Sioux Falls, S.D.; Michael Bennett of Manchester; and Cheryl (Sam) Mai of Manchester. Troy also had 22 grandchildren and 10 great grandchildren that he adored. Troy and his wife, Trudie, were members of the Tullahoma bowling league. He loved to play his guitar and sing in church and he shared a love of Alabama football with his late son, Steven. Online condolences can be made at www.centralfuneralhomellc.com.

Funeral services for Mrs. Mildred Ojean Parker, age 94, of Manchester, will be conducted at 2 p.m. on Friday, Jan. 10 at Manchester Funeral Home.  Burial followed in Rose Hill Memorial Gardens.  Visitation with the family was from 5-8 p.m. on Thursday evening at the funeral home.  Mildred passed away on Monday, Jan. 6, 2020 at Unity Medical Center in Manchester. Mildred was born in Eva, Ala., the daughter of the late Phene and Bessie Easterwood Adams.  She worked on the assembly line at Pajama Corporation of America and was a member of Trinity Baptist Church.  Mildred enjoyed quilting, jewelry making, and crafts and was a member of Forest Mill Home Demonstration Club. In addition to her parents, Mildred was also preceded in death by her husband, Harold Parker; and three brothers, Lawrence, John, and Wendell Adams.  She is survived by two daughters, Sandra K. Long of Hillsboro and Nelli Hill of Belleair, FL; one sister, Sue Richardson; six grandchildren, Brenda (Danny) Sherrill, Lisa Jenkins, Gina (Denny) Rudolph, Leslie Rigney, Adam Hill, and Andrea Hill; nine great grandchildren; and six great, great grandchildren.

Helen Mary Smith, 73 of Hillsboro passed away Thursday Jan. 2, 2020 at her home. A celebration of life will be held Wednesday January 8th from 11 a.m. until 1p.m. In lieu of Flowers donations may be made to cover funeral expenses.