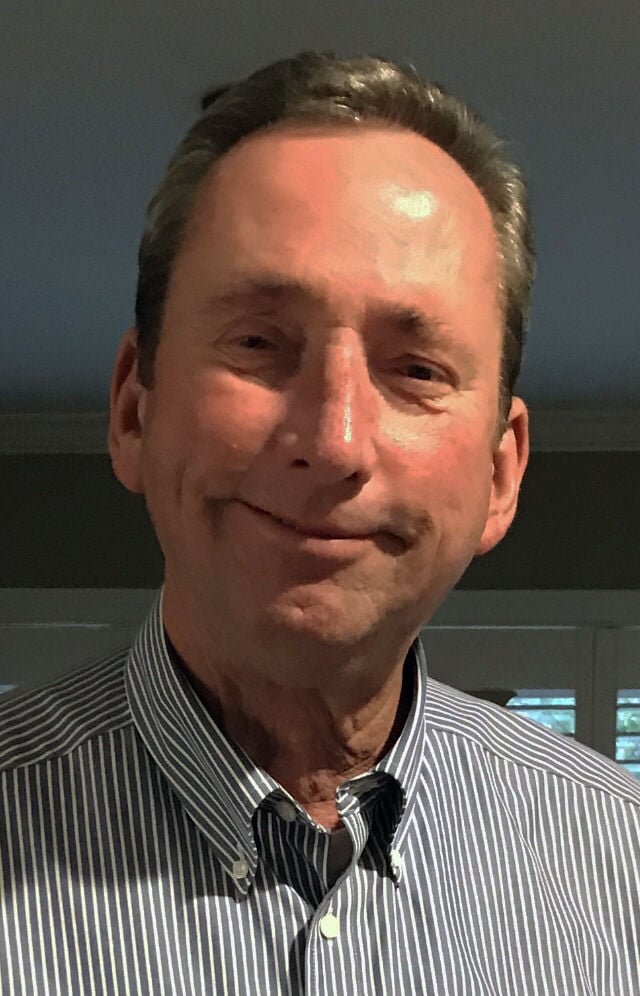 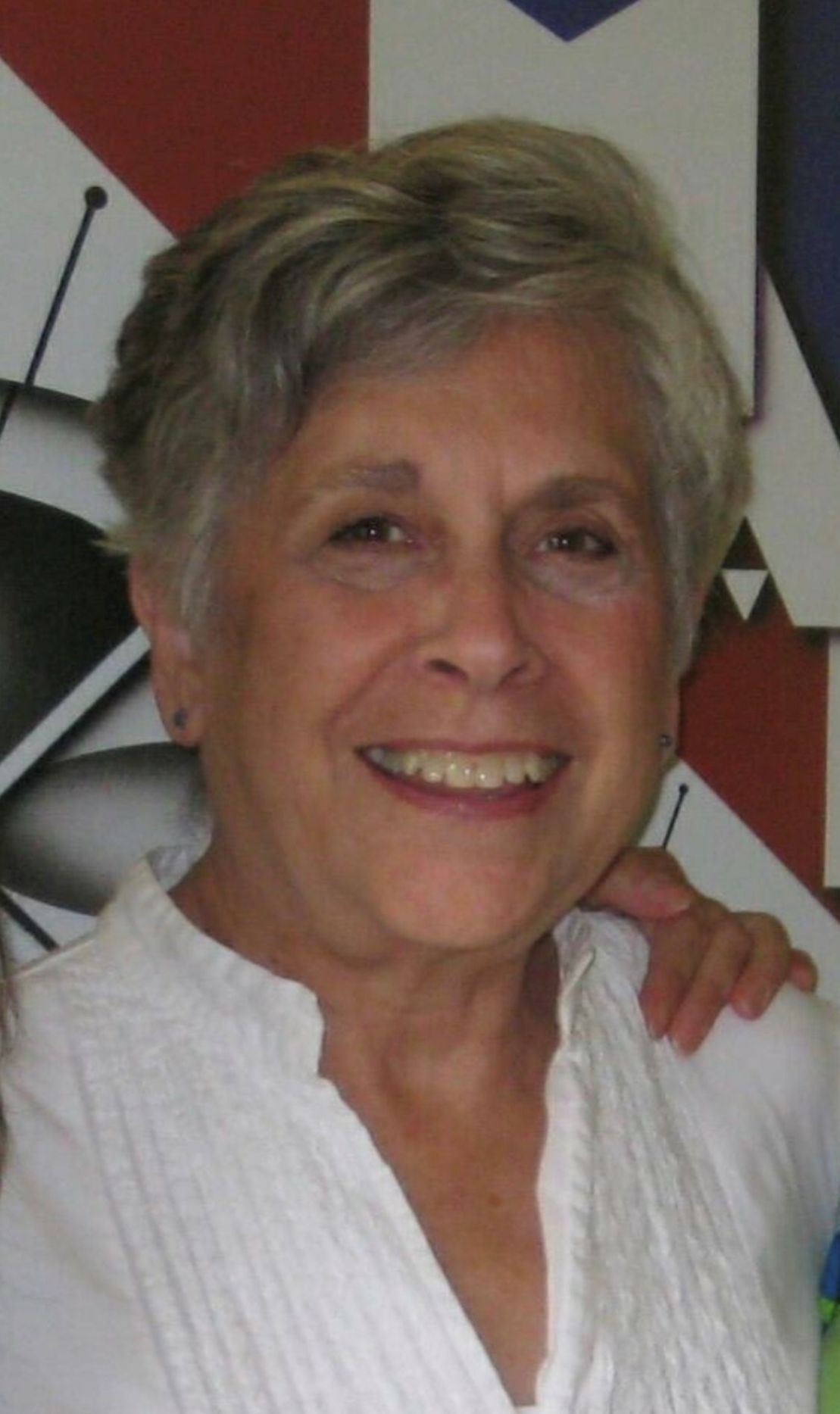 Funeral services for Mr. Jerry Bryan Bartlett, age 69, of Manchester, will be conducted on Wednesday, June 13, at 1 p.m. at the Manchester Funeral Home with Bro. Chris Hayes officiating. Burial will follow in Rose Hill Memorial Gardens. The family received friends on Tuesday, June 12, from 5-8 p.m. Mr. Bartlett passed away on Saturday, June 9, 2018 at Hamilton Medical Center in Dalton, Ga. Jerry was born on Jan. 2, 1949 to the late John “Mack” McDowell Bartlett and Dorothy Bartlett. Jerry was a pharmacist and was a graduate of The University of Tennessee at Memphis. Jerry was also a Mason, where he served as secretary of his lodge for over 10 years. He enjoyed camping, reading, games of all kinds, and was a UT fan. Jerry is survived by two brothers; William Bartlett (Shirley), John Bartlett (Pat); one niece, Dana Kimberlin (Mark); two nephews, Gerald Bartlett (Julie), William McDowell Bartlett(Claire). Jerry is preceded in death by his parents John “Mack” McDowell Bartlett and Dorothy Bartlett. In lieu of flowers, memorial contributions can be made to The American Diabetes Association. Manchester Funeral Home is honored to serve the Bartlett Family.

Michael Ramsey Conklin, 65, of Murfreesboro died at home on Monday, June 4. He is survived by his wife of 21 years, Brada McMahan Conklin; brother Jimmy (Sharon) Conklin; brother Tim Harris; sister Becky (Scott) Owen; son Daniel Conklin; grandson Hayden Smith; brother-in-law and sister-in-law Barry and Rhonda McMahan; aunt Sarah McClarin; cousin Phil (Sarah) McClarin; cousin Greg McClarin; cousin Robert (Jewell) Ramsey; cousin Mairlyn Brady; and the Pugh family. On Brada’s side, Mike is survived by her sons Jerry (Julie) Eaton and Jeff (Angie) Eaton; Mike was “Papa Mike” to Sara, Drew, Emily and Conner. Mike is also survived by Molly, the sweet Yorkie who will miss sitting on her Daddy’s lap. Mike enjoyed life surrounded by family and friends, especially his and Brada’s friends in Murfreesboro’s Indian Hills golf community. They occasionally hit the golf course, but both enjoyed the beach more, and they traveled to enjoy sun and sand whenever they could. Mike also enjoyed time spent with his brothers, Jimmy and Tim, and his cousins. Mike had just retired in February as an account executive with food-service distributor Sysco Nashville, so the retirement he had looked so forward to was short-lived. Nonetheless, Mike would be the first to say he lived a life filled with joy and fun. Mike was preceded in death by his parents, Russell Hunt and Mary Ann Ramsey Conklin, and grandparents, Bob B. and Mary Ramsey. A celebration of Mike’s life was Friday, June 8, at 1 p.m. in the chapel of Murfreesboro Funeral Home, 145 Innsbrooke Blvd. in Murfreesboro, with Brother John Magnuson officiating. Visitation with the family was from 11 a.m. to 1 p.m. Pallbearers are Phil and Greg McClarin, Barry McMahan, Tim Harris, P.D. Mynatt and Ralph Blackwell. In lieu of flowers, please consider a donation to the American Lung Association or Alive Hospice of Murfreesboro. Murfreesboro Funeral Home is in charge of arrangements.

Sandra McBride Crawford, 80, passed away, at her Indian home, on Friday, June 8, with her husband by her side. She was born on February 11, 1938 to Leighton E. and Eura (Sanders) McBride, at her Grandmother’s home in Summitville. Sandy married Bob Crawford on Nov. 29, 1958, at the Gethsemane Methodist Church in Muncie Ind., by Bishop Sheldon Dueker. She worked as an environmental tester for Radonics, and earlier at Indiana Bell Telephone, as a long distance operator. Sandy most enjoyed her status as a stay at home mom, while her children were growing up, between the above two jobs. She graduated from Muncie Central High School in 1956, where she was a member of the concert choir, and cheering block. Sandra enjoyed her family more than anything, and considered her children to be the best things she ever did. She was also an avid reader, and gardener. She is survived by her husband of almost 60 years, Robert Crawford, a son; Jeffrey W Crawford of Indianapolis, a daughter; Jill Ann Henderson (Toby) of Fullerton, California, a Granddaughter; Alexandra Kozik (Justin) of Indianapolis, a Grandson; Dylan Labita (Friend Angie) of Fort Hood, Texas, a Brother; Gerald E McBride (Janette) of Losantville, as well as, many nieces, nephews, and cousins. Sandra is preceded in death by her parents. A funeral service will be held on Wednesday June 13, at Parson Mortuary, in Muncie, at 1 p.m. Friends may call on Wednesday from 11 a.m. until the time of service. A committal service will be held at Our Lady of Peace Cemetery 9001 Haverstick Rd. Indianapolis Ind. at 4 p.m. on Wednesday June 13. Friends in the Indianapolis area are encouraged to attend the committal service. Online condolences may be made at www.parsonmortuary.com. Parson Mortuary is in charge of arrangements.

Funeral services for Ms. Betty Frances Martin, age 83, of Manchester and formerly of Woodbury, will be held on Wednesday, June 13, at 2 p.m. at Coffee County Funeral Chapel with David Lance officiating. Burial will follow in Summitville Cemetery. The family received friends on Tuesday, June 12, from 5-8 p.m. at Coffee County Funeral Chapel. Ms. Martin passed away on Sunday, June 10, 2018, at Woodbury Health and Rehabilitation Center. Betty was born on July 4, 1934, to the late Charles and Bonnie Locke. She was retired from Carrier Corporation. Betty loved all flowers, watching birds, crocheting and was an amazing cook. In addition to her parents, Betty was preceded in death by her husband, Ralph Martin; daughters, Faye Cantrell, Judy Markawitze of Alabama, Nancy Melton of McMinnville; one grandchild; brothers, Howard Locke of Wisconsin, Charles Locke of the Pocahontas Community step-son, Doug Martin. Survived by her daughter, Debbie Nunley of Memphis; step-children, Tracy Blackburn (Ronnie) of Manchester, Dennis Martin of Woodbury, Steve Martin of Woodbury; brothers, James “Jim” Locke; 17 grandchildren and many great-grandchildren. In lieu of flowers, the family requests memorial contributions be made to the American Heart Association. You may sign the online guestbook at www.coffeecountyfuneralchapel.com. Coffee County Funeral Chapel is honored to serve the Martin family.

Funeral services for Mrs. Ethel Cleo Shores, age 93, of Manchester, was conducted at 3 p.m. on Sunday, June 10 at Manchester Funeral Home. Burial was in Rose Hill Memorial Gardens. Visitation with the family was from 5-8 p.m. on Saturday, June 9 at the funeral home. Mrs. Shores passed away at her residence on Thursday, June 7. Ethel was born in Coffee County, the daughter of the late Thomas and Ola James Crosslin. She was a homemaker and was employed by Genesco for 41 years, as well as an Avon distributor for 35-40 years. Ethel enjoyed going to yard sales and to the mountains. She loved going on vacation with her family and was always ready to go. She was a member of Forest Mill Baptist Church. In addition to her parents, Ethel was also preceded in death by her husband, Wilburn Shores; five brothers, Austin, Raymond, Cleve, Hollis, and Sanford Crosslin; two sisters, Bertha Lynn and Pervie Vickers. She is survived by her daughter, Teresa (Dan) Darden; and several nieces and nephews. In lieu of flowers, the family requests donations be made to Hospice Compassus, Trinity Baptist Church, or Forest Mill Baptist Church. MANCHESTER FUNERAL HOME IS HONORED TO SERVE THE SHORES FAMILY.