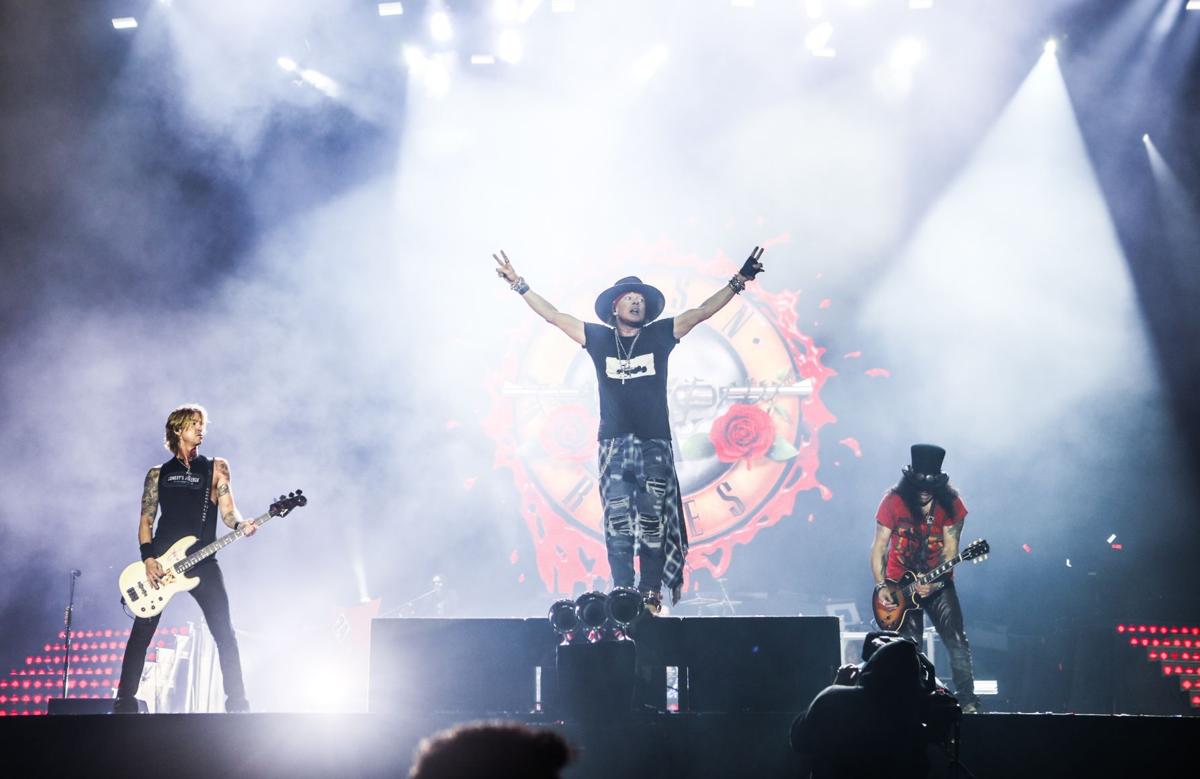 Guns N’ Roses performs live in the Not in this Lifetime Tour. The famed hard rock group will perform Sunday at 8:10 p.m., Sunday, Oct. 13 on the Heaven Stage (What Stage). 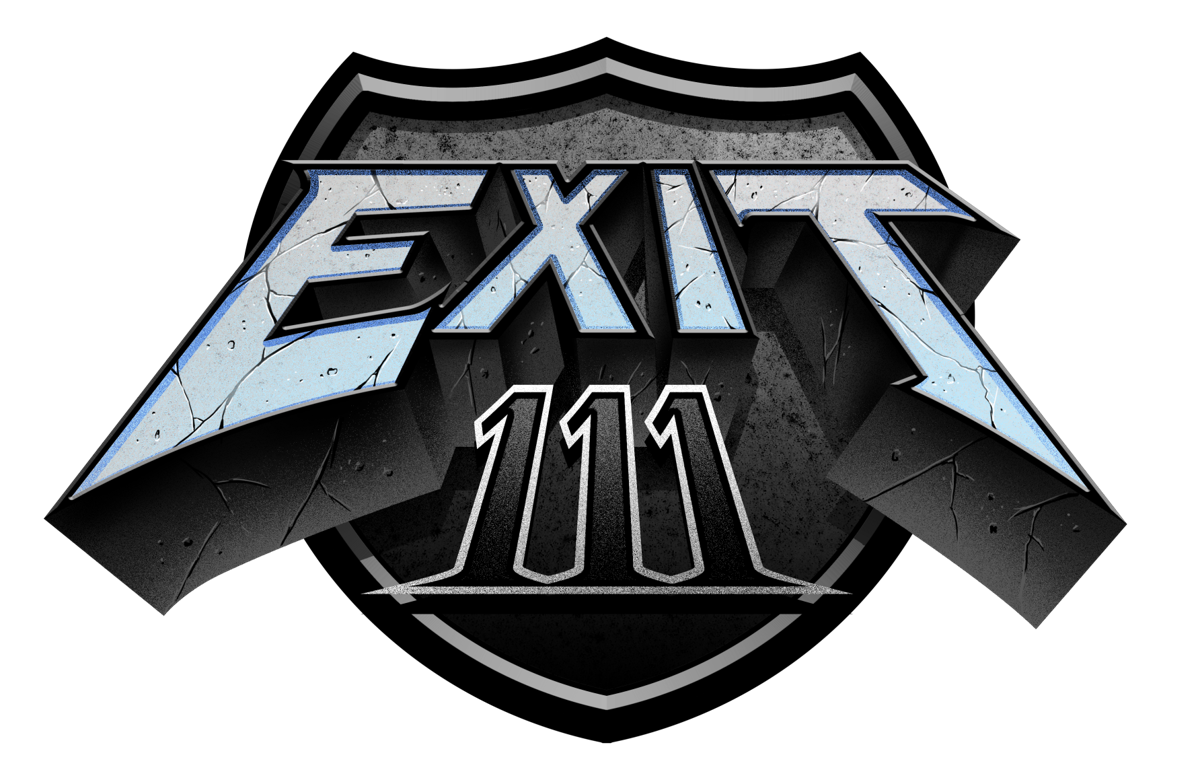 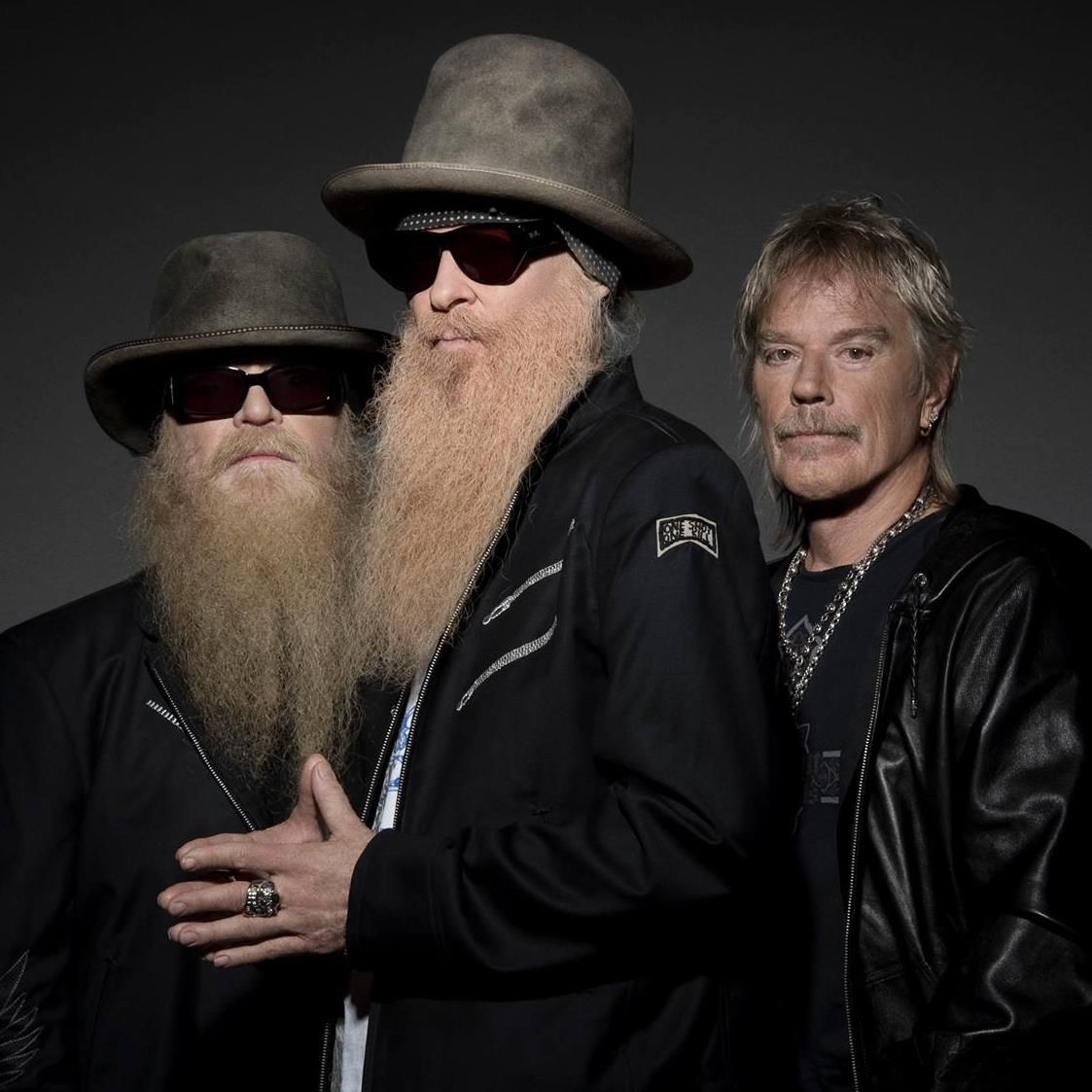 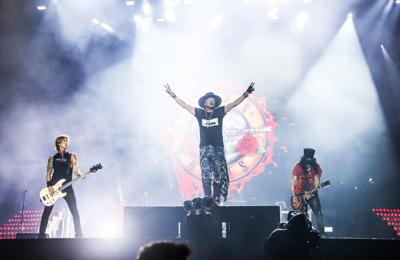 Guns N’ Roses performs live in the Not in this Lifetime Tour. The famed hard rock group will perform Sunday at 8:10 p.m., Sunday, Oct. 13 on the Heaven Stage (What Stage).

What Bonnaroo is for the young, hip crowd, Exit 111 Music Festival will be for fans of a more edgy vein.

“Expect the unexpected,” says Jeff Cuellar, vice president of strategic planning for AC Entertainment. He is involved in organizing Bonnaroo Music and Arts Festival and Exit 111.

“We are really excited about Exit 111. It’s going to be a true rock festival and we’ve done other stuff there but not a music festival. This will be our first music festival outside of Bonnaroo at the Great Stage Park.

Even the names of the stages have been changed to Heaven, Hell and Rise Above stages, not to mention the Paranormal Cirque tent (think Marilyn Manson meets Ringling Bros.)

It will shut down at down. Unlike Bonnaroo 24-hours-a-day activity, Centaroo at Exit 111 will actually shut down like a typical city festival, says Cuellar.

“A lot of awesome things will be happening with Exit 111, from showcasing things like motocross and jumping a giant beer hall. I would say expect the unexpected.”

No, not Britain, the US and the Soviet Union, the big three at Exit 111 will be Def Leppard, Guns N’ Roses and Lynyrd Skynyrd.

Def Leppard, formed in 1977, laid the foundation for much of the stadium rockers to follow. Their heyday was from the early 1980s to the beginning of the 90s. Albums “Pyromania” and “Hysteria” were certified 10 times platinum and 12 times platinum, and have sold over 100 million records worldwide. Of late the band has taken a Vegas residency and a new world tour for 2019.

Guns N’ Roses, often abbreviated as GNR, is an American hard rock band from Los Angeles formed in 1985, peaking in the early 90s with the popular “Use Your Illusion I and II” twin releases.    Guns N’ Roses have sold more than 100 million records worldwide, including 45 million in the United States, making them the 41st-bestselling artist in history, according to “Allmusic.com”

Lynyrd Skynyrd wrote the book in the 70s when it comes to Southern rock. But an airplane crash in October of 1977 ended the that era of the band.

Overall, the band has sold 30 million records, according to the band’s website. Lynyrd Skynyrd joins the other two headliners as members of the Rock ‘n’ Roll Hall of fame.