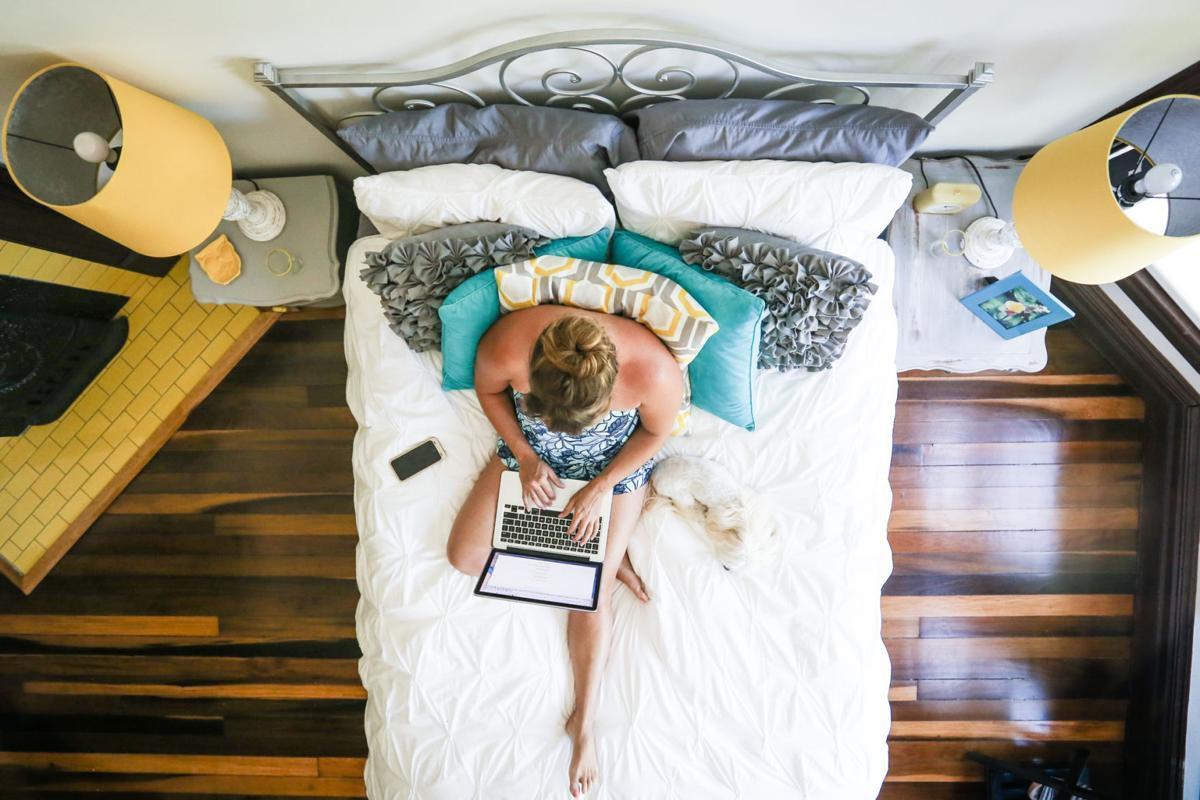 Kristin Luna, freelance journalist, does some writing from her home. Luna and her husband, Scott van Velsor, have for the past few years been working to restore a century-old Victorian house in the heart of Manchester. 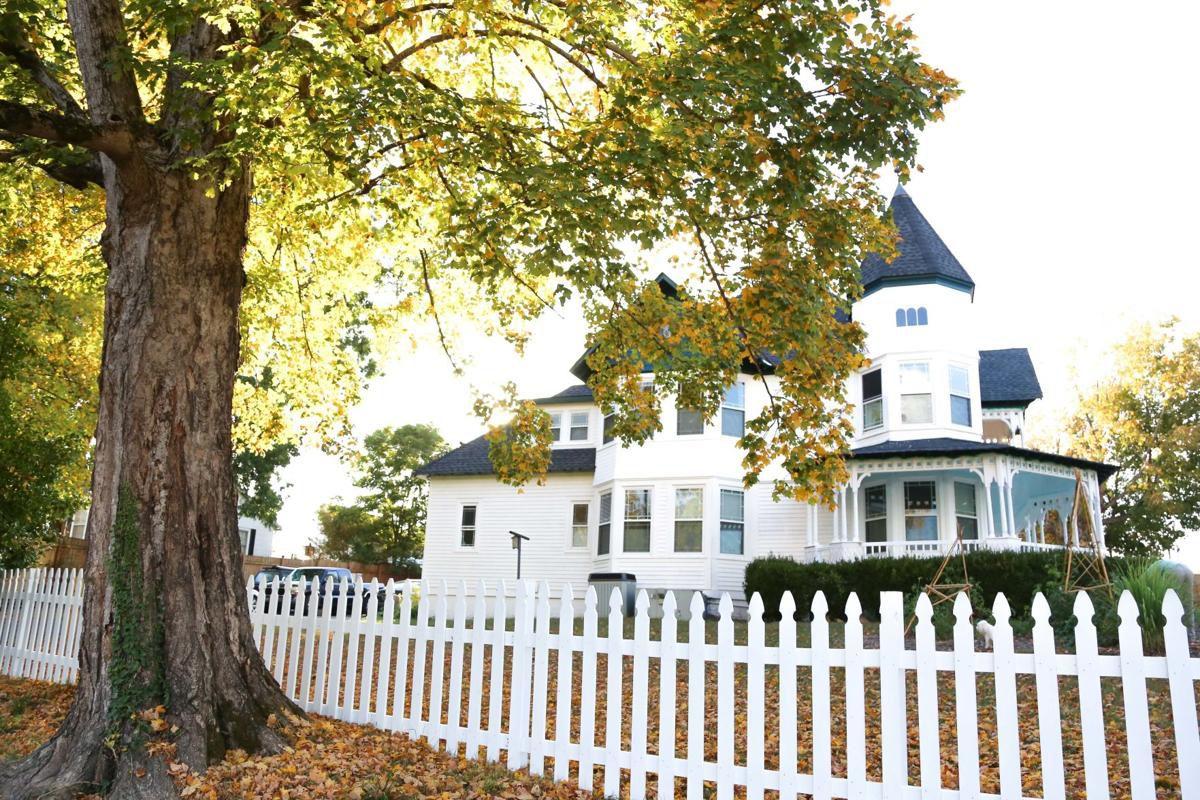 I love owning such a gorgeous piece of the area’s history.  -Kristin Luna, “Reynolds house” owner 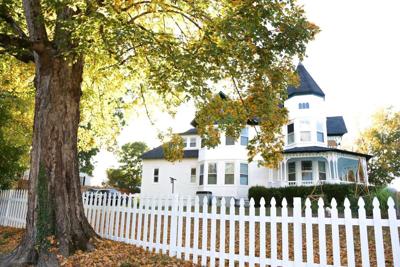 Kristin Luna, freelance journalist, does some writing from her home. Luna and her husband, Scott van Velsor, have for the past few years been working to restore a century-old Victorian house in the heart of Manchester.

I love owning such a gorgeous piece of the area’s history.  -Kristin Luna, “Reynolds house” owner

When the couple got an alert on Zillow that the home was on the market, they immediately wanted to see it for themselves.

Kristian was traveling 200 days a year, so they needed a place close to the interstate.

“Scott grew up in San Francisco where Queen Anne Victorian homes are everywhere, but they were something we could have never afforded in California, and most historic homes in this area have been demolished, so we couldn’t believe our luck finding one in relatively good condition,” Kristian said.

Scott worked in construction for over a decade, so the two decided to buy the home and renovate it themselves.

According to the couple, no one had stepped foot inside it in a few years, when they purchased it in 2012.

“I love the tall ceilings and all the natural light, especially given that the downstairs was my office for many years; it’s a very pleasing place from which to work. And the windows that let in all that light are stunning, too.

Satisfaction Windows replaced all the 66 windows with custom ones in the Queen Anne style.

“The original wood floors are another favorite feature and were made even prettier after Gary Parham refinished a couple of them for us that had been painted and carpeted over by previous owners,” Kristin said.

The home was built 1899, and called "the Reynolds House."

Kristin said that before Joanna Lewis died, she came gave the Coffee County Historical Society an oral history of the home.

While there were few discoveries hidden under rugs or behind wallpaper, in repairing tilework around the six coal-fired fireplaces, Scott  found the original shipping receipts.

“The tall ceilings, the plaster walls and hardwood flooring throughout with transom doorframes are all my favorite pieces of the interior. For the exterior, the tall turret that looks like a castle fairytale is a striking feature of the Queen Anne style, and when I ordered and installed a custom copper finial it really put a cherry on top and completed the look,” Scott said.

While the couple no longer live there, they have invested too much blood and sweat to sell it. They hope to rent it as a law firm, insurance or real estate company.

“There’s almost seven years of blood and sweat embedded into the home and we’re not ones to just throw all that away because we’ve moved. It will live another 100 years if we take care of it, and we’re currently looking for a tenant who appreciates the history that it represents,” Scott said.