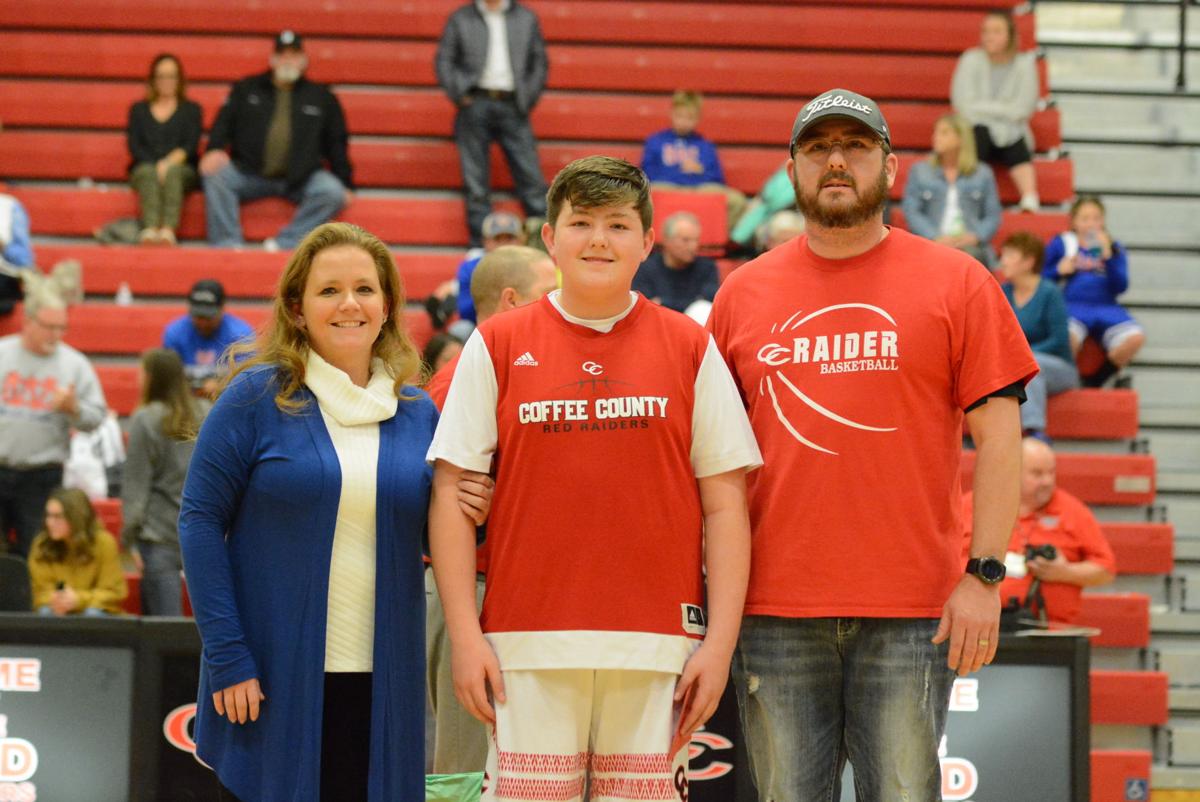 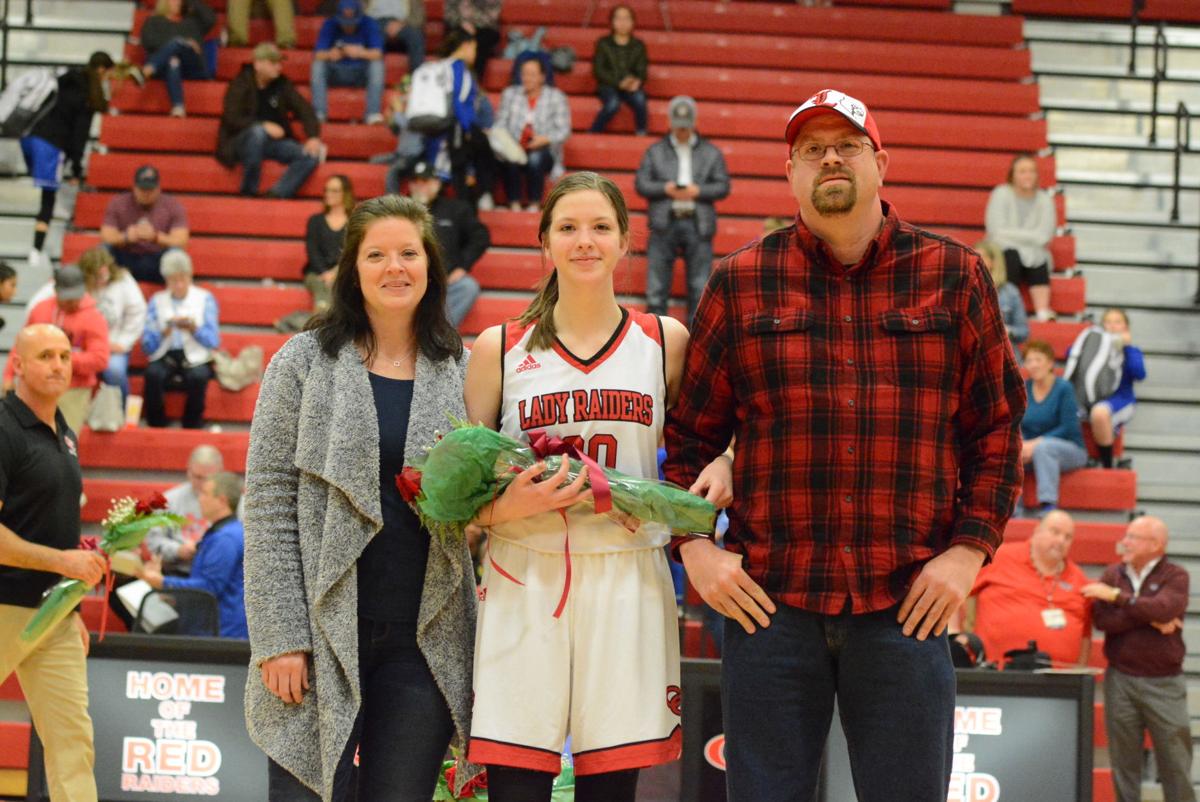 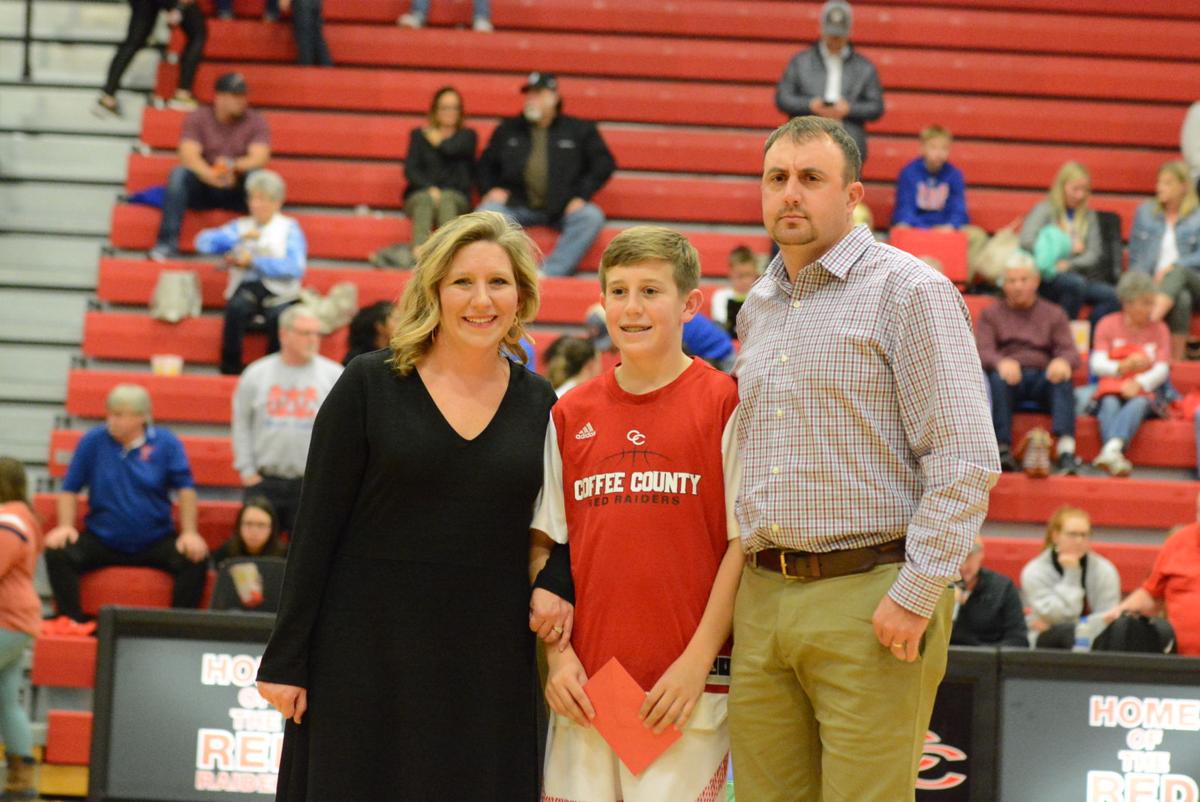 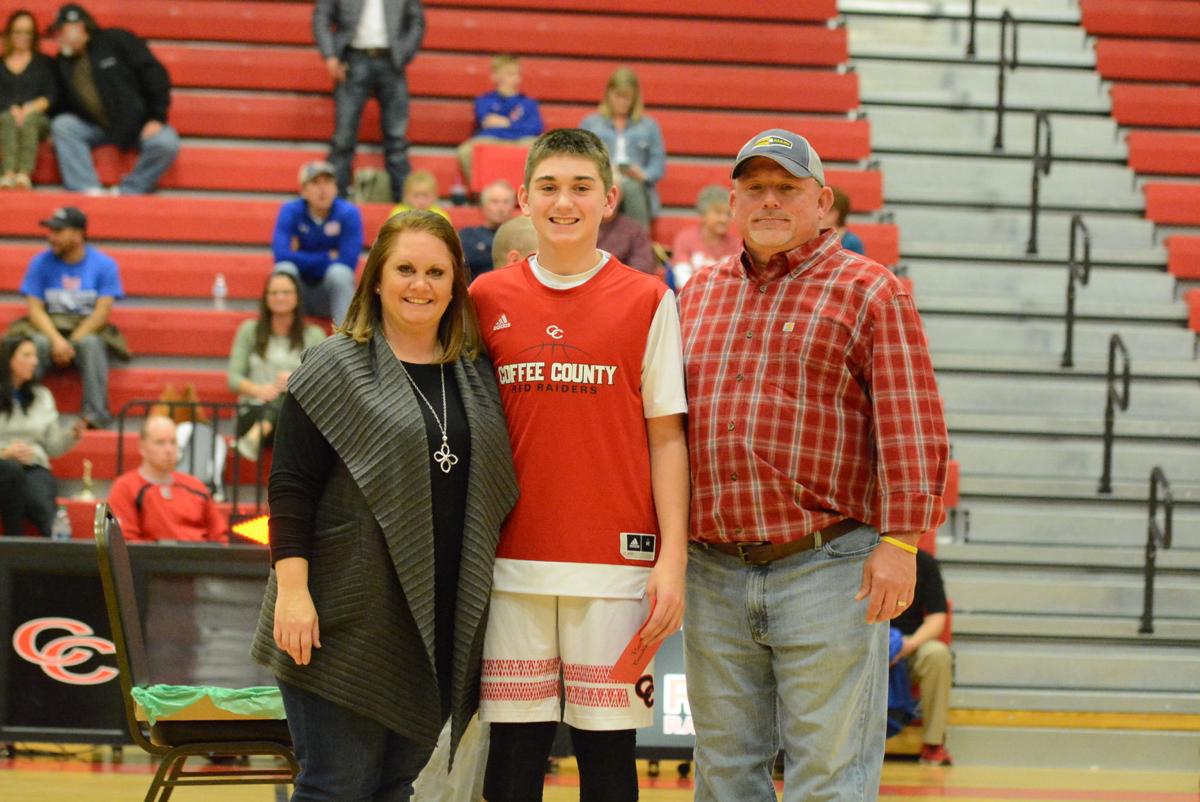 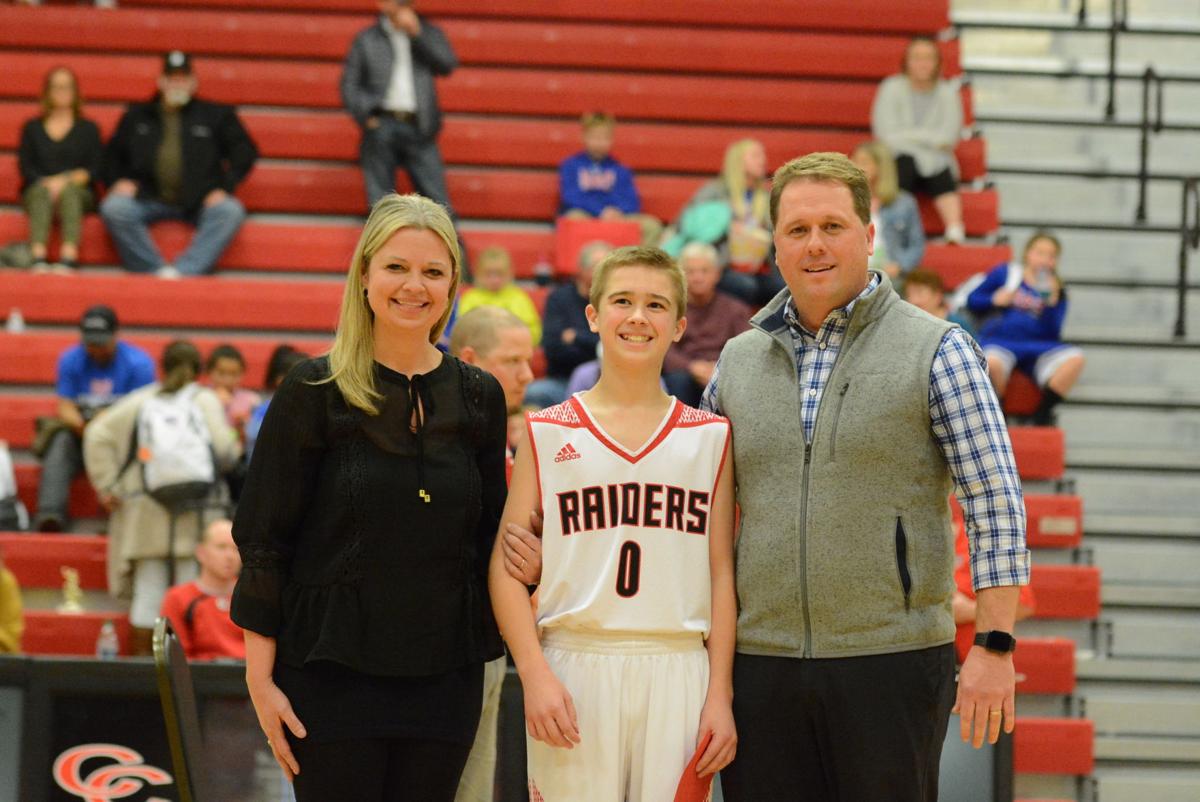 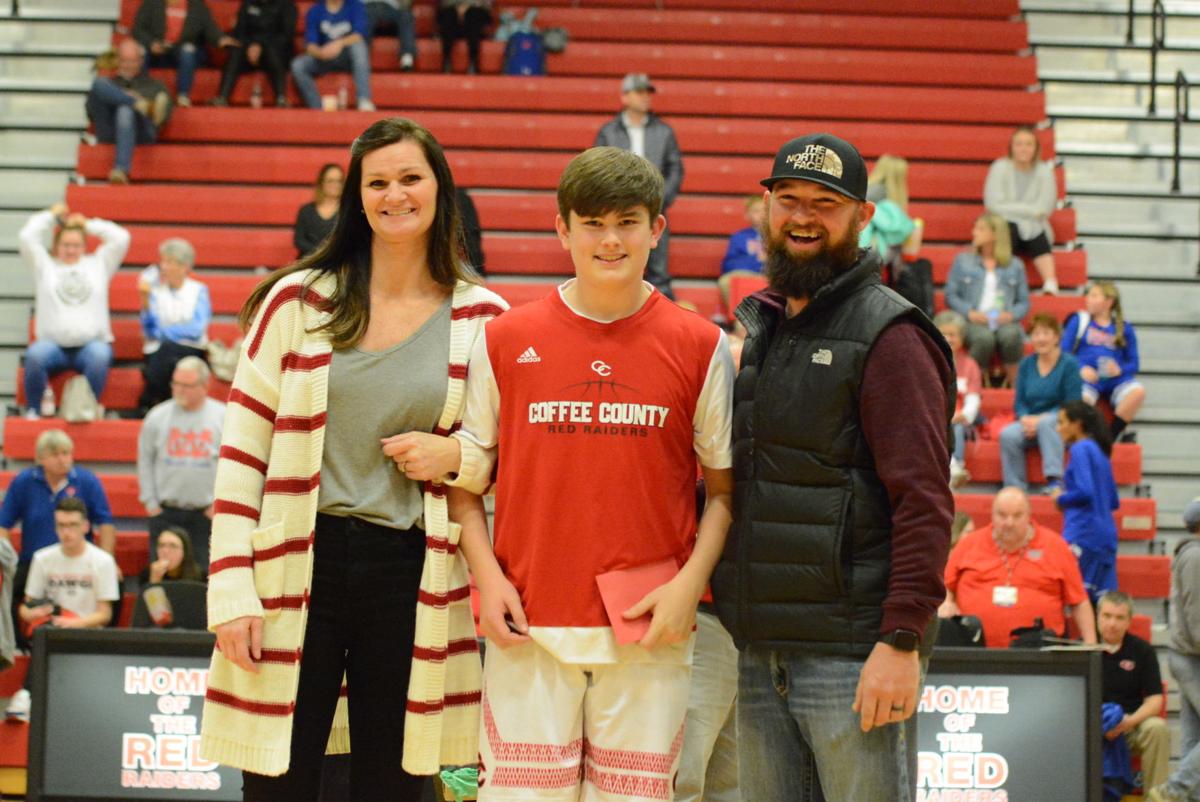 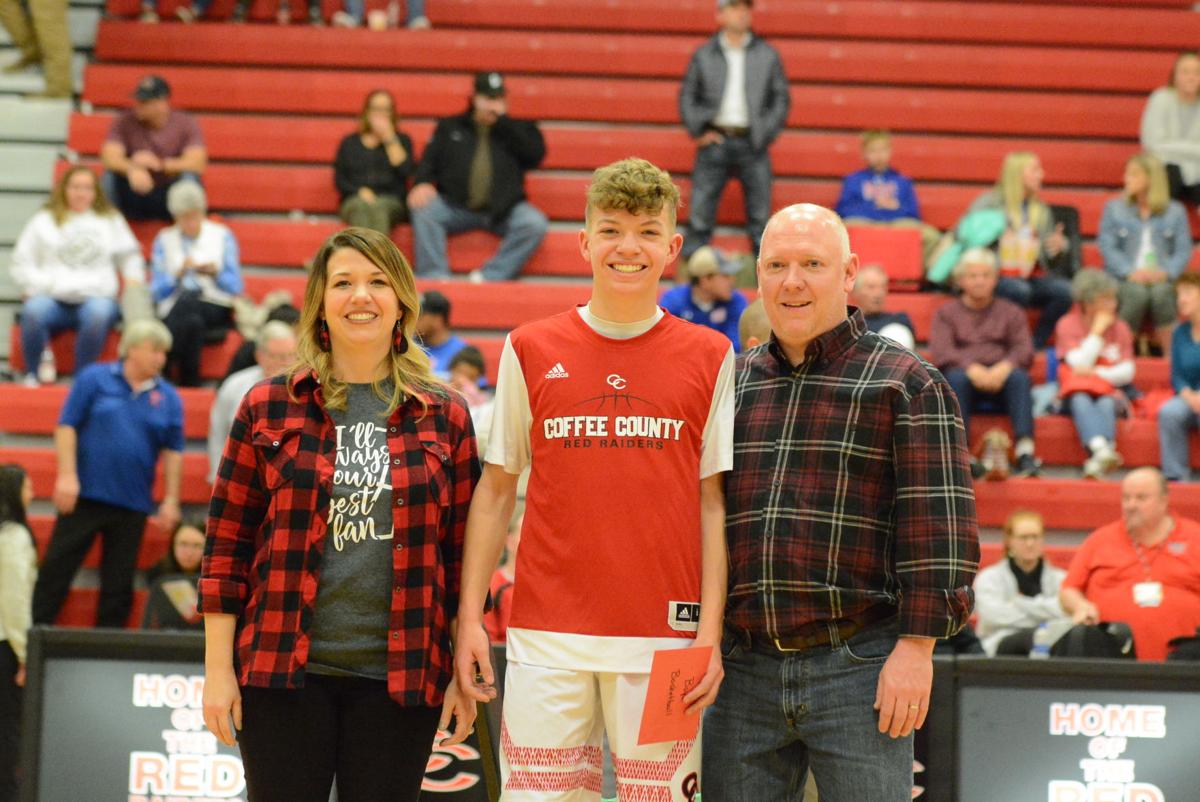 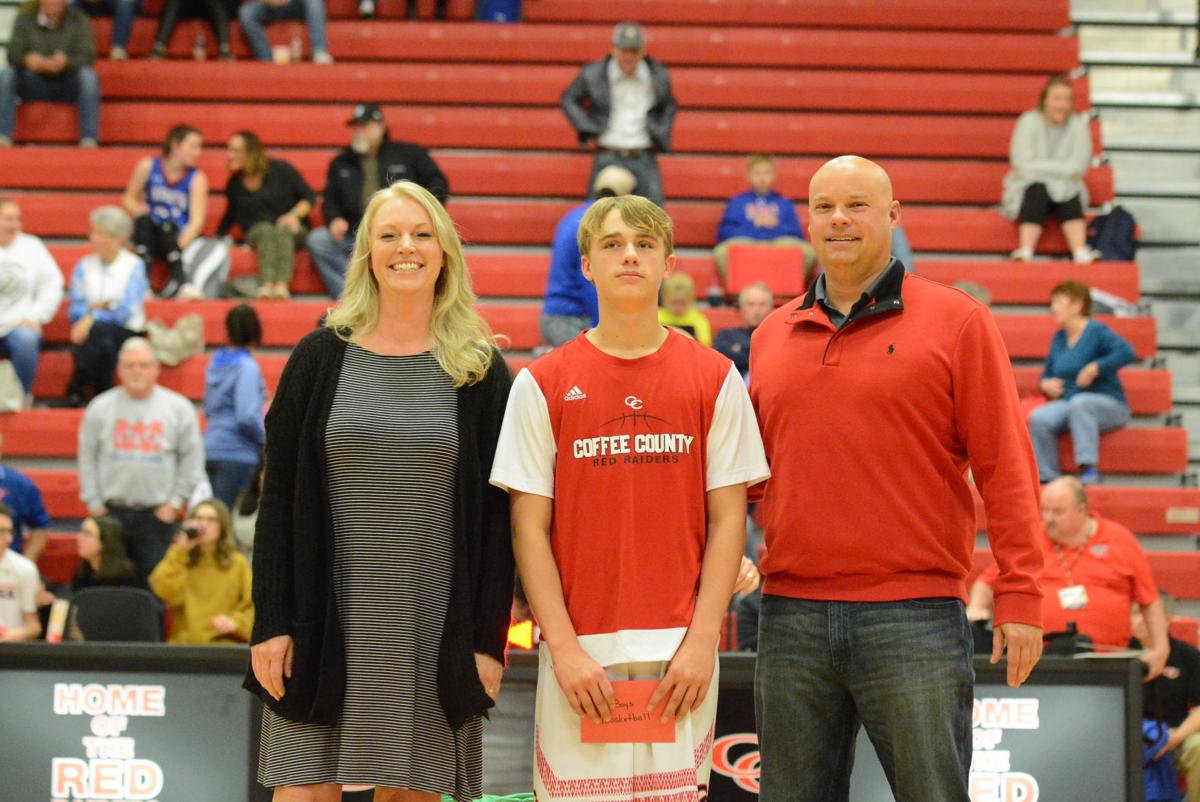 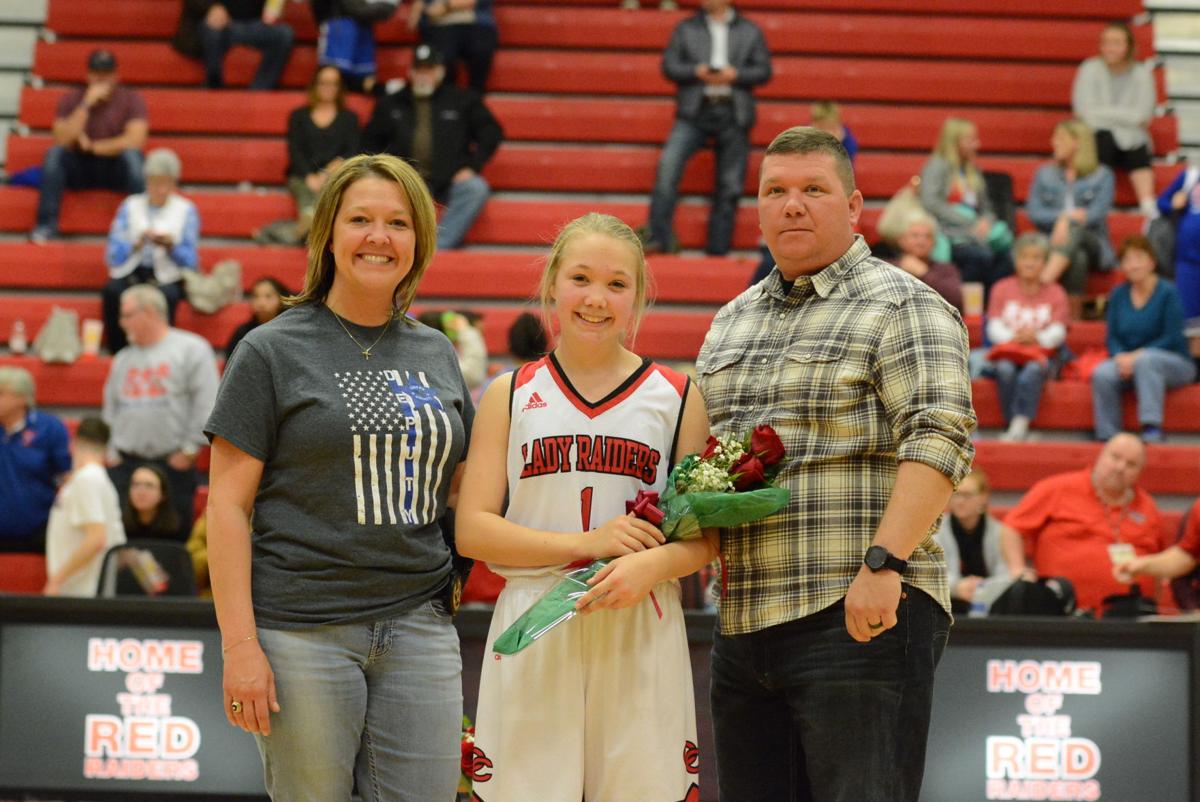 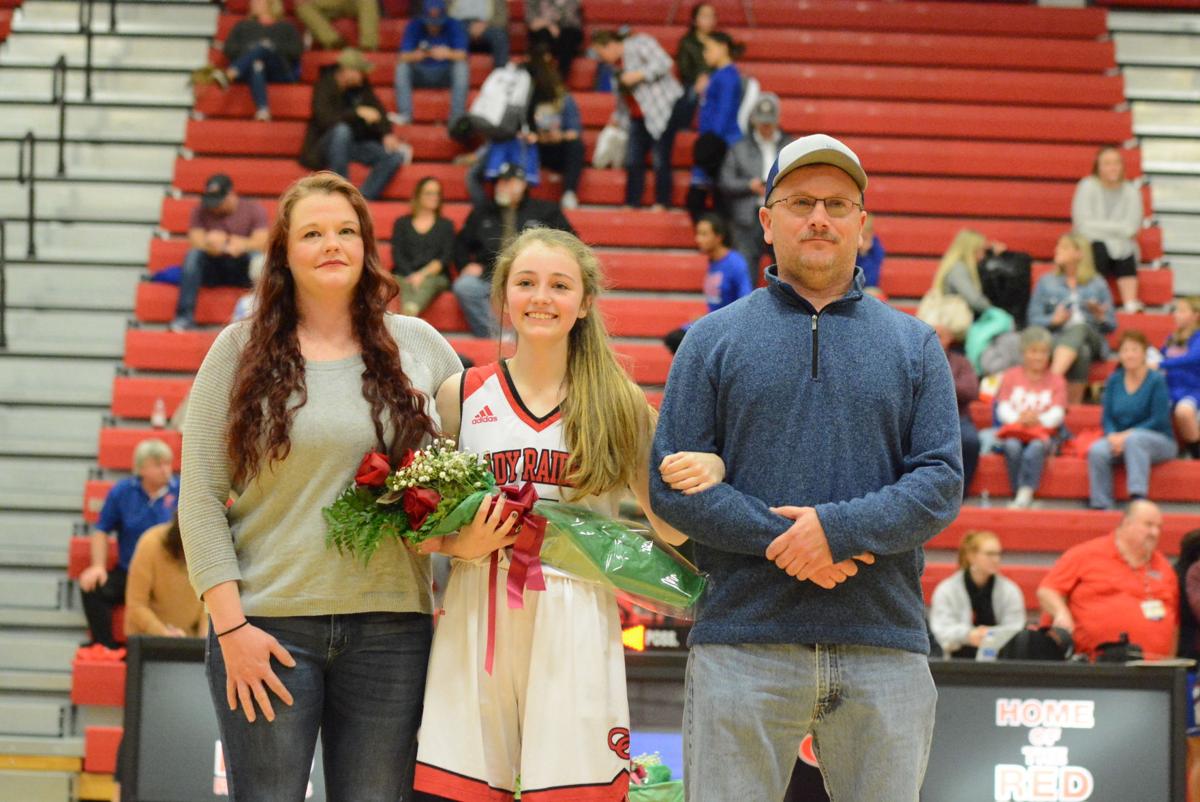 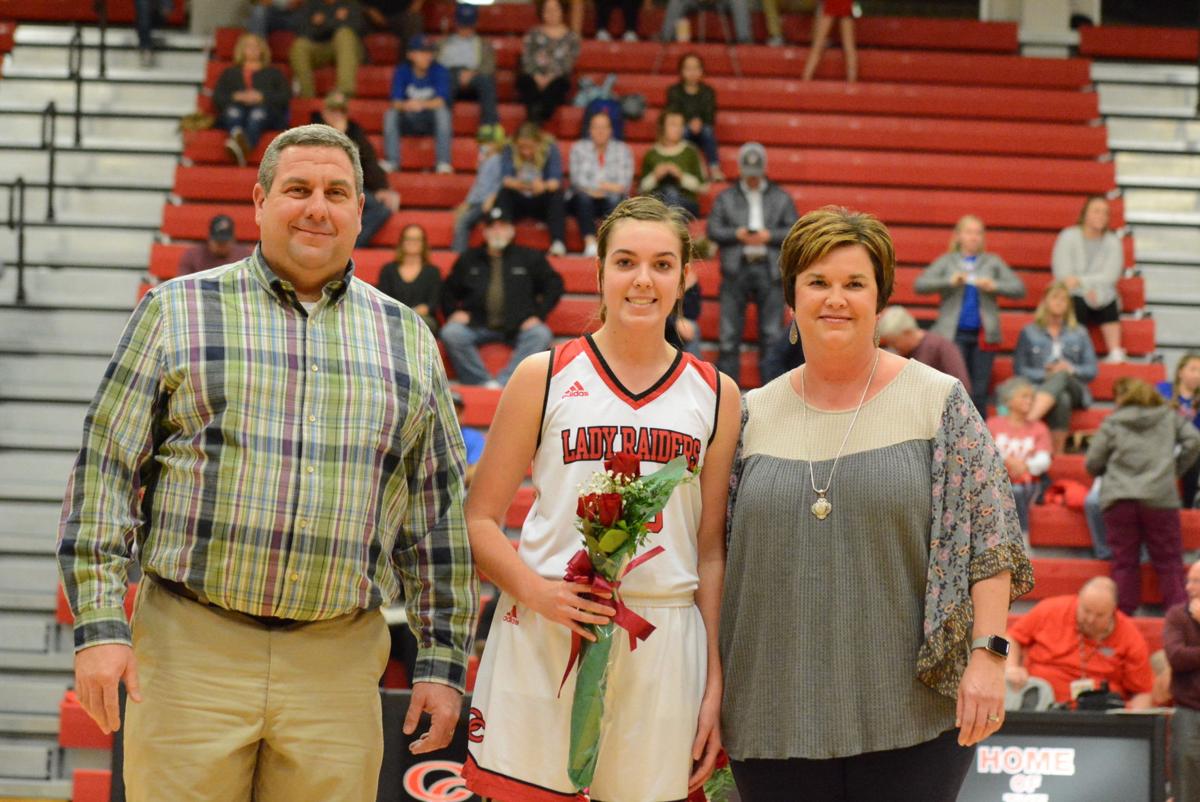 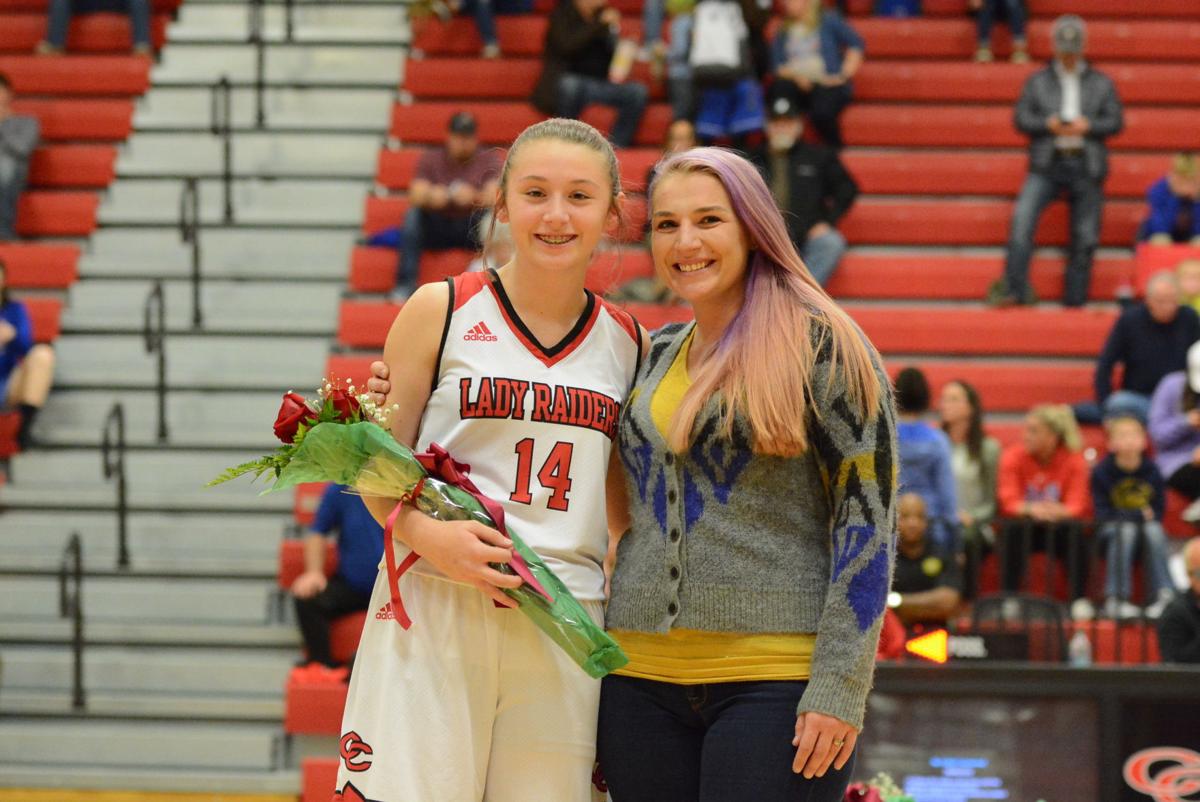 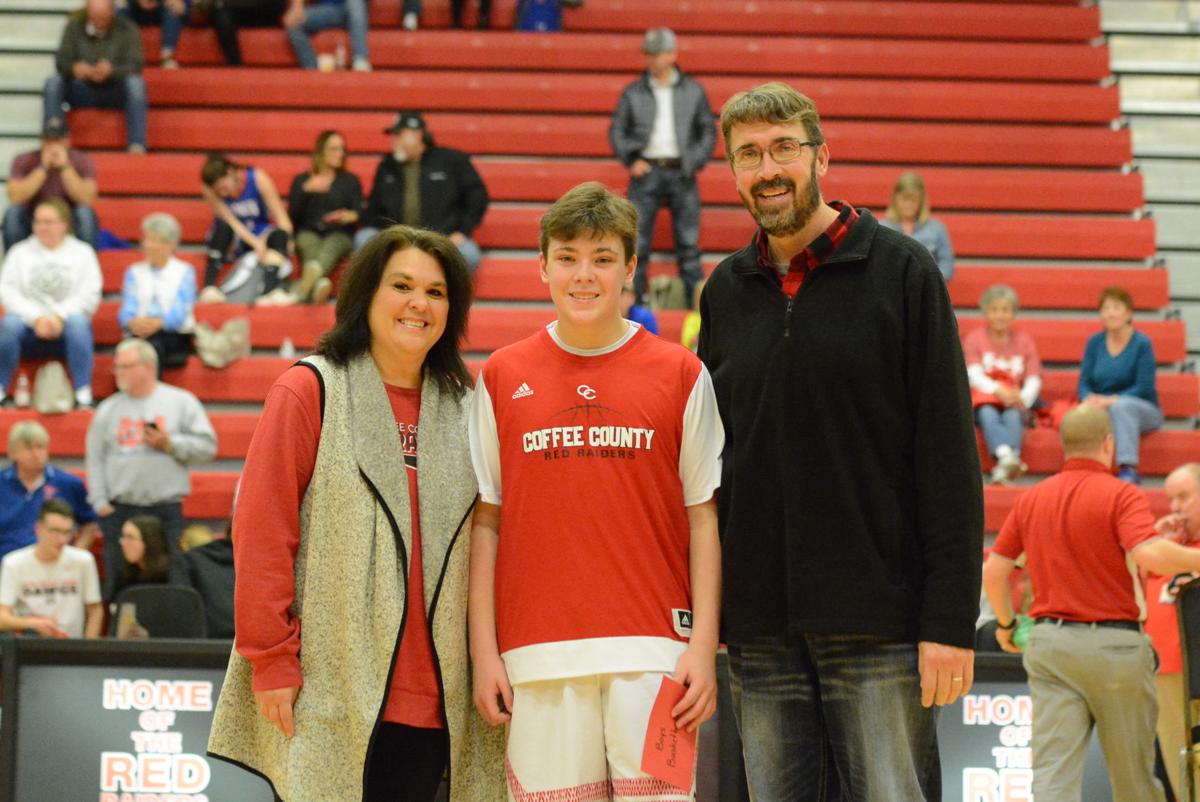 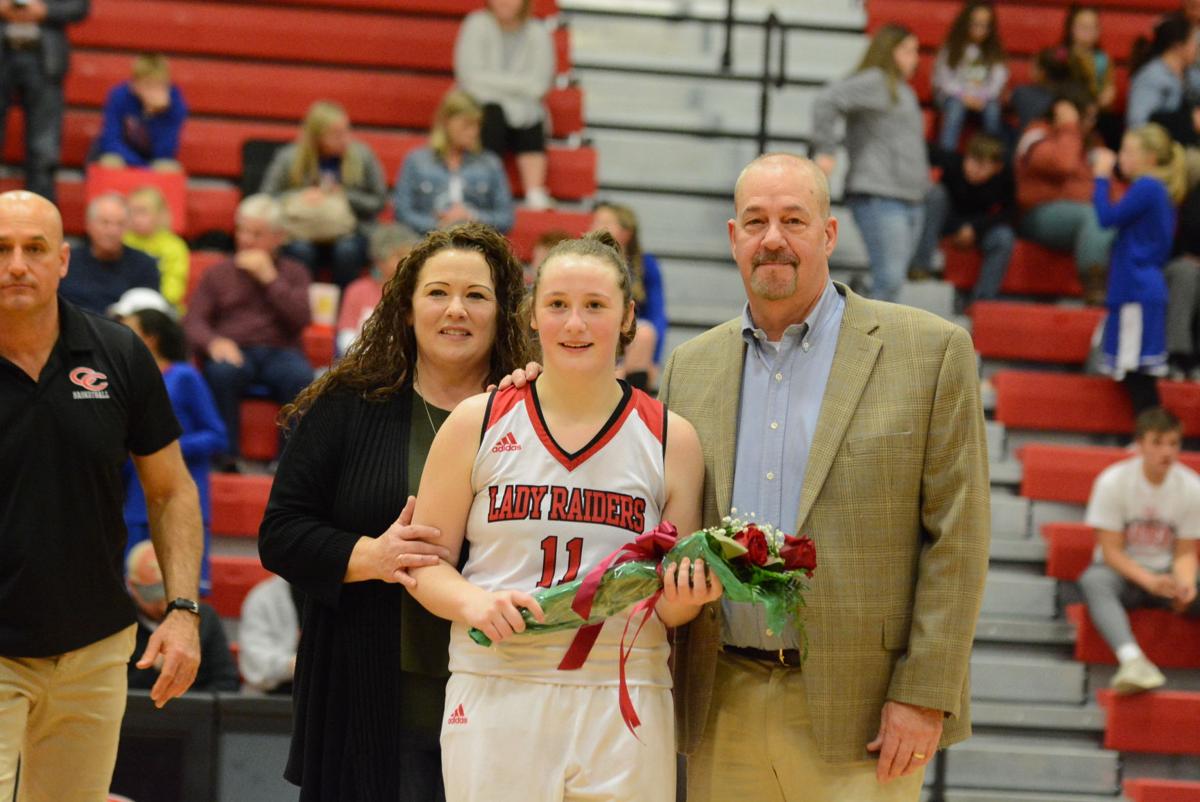 Thursday night was a special one for eighth-graders at Coffee County Middle School. The school honored its soon-to-be freshmen with eighth-grade night, which was the final home game for seven Lady Raiders and eight Red Raiders.

The girls’ team had a successful send-off, beating Warren County 49-42 in overtime to secure the No. 2 seed in this week’s Central Tennessee Conference. The Raiders almost made it two OT games in one night, but a last-second 3 fell short as the home team fell 34-31.

Those Lady Raiders honored following their victory Thursday were:

The Red Raiders who took the court for the final time Thursday were: