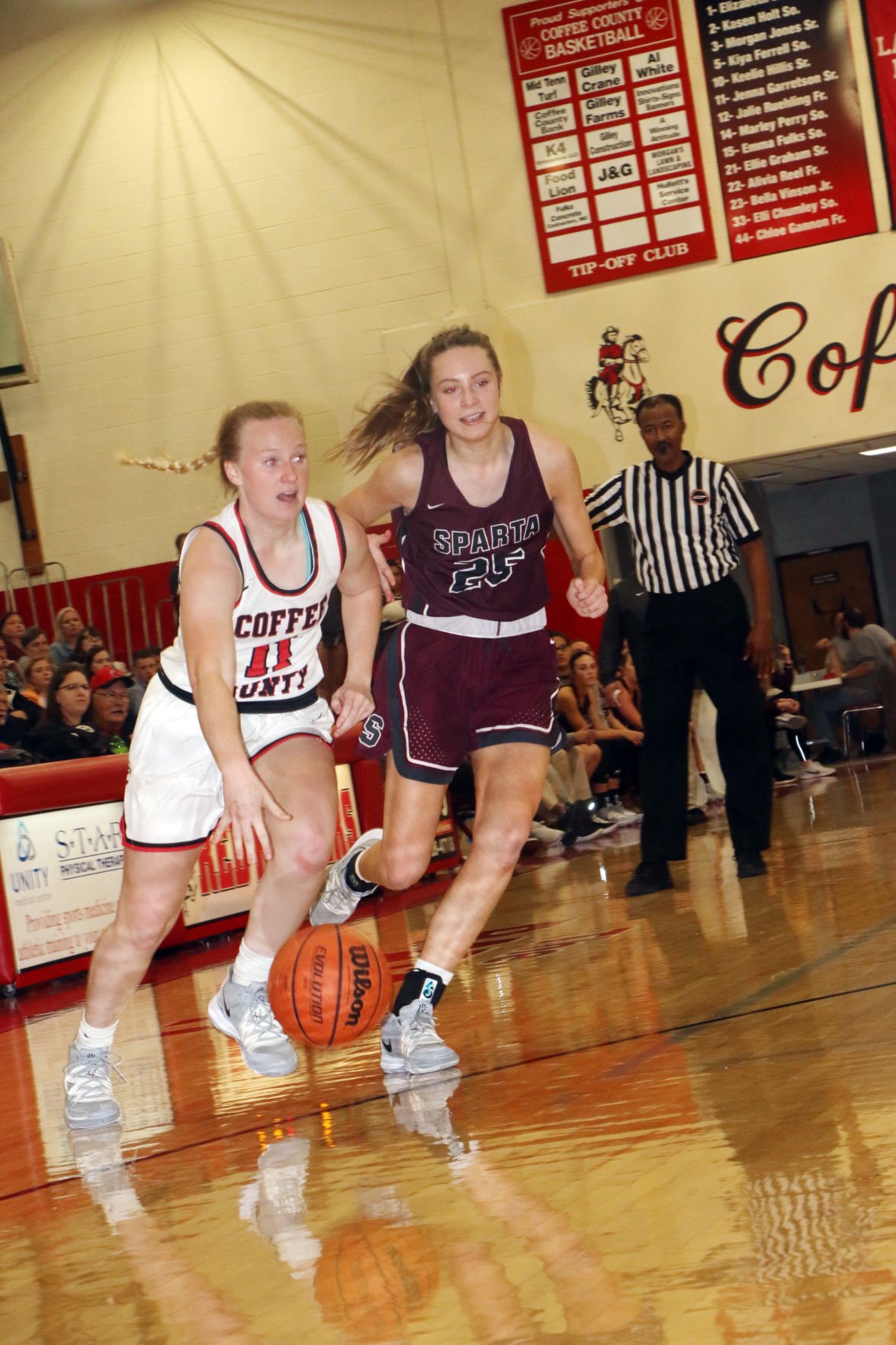 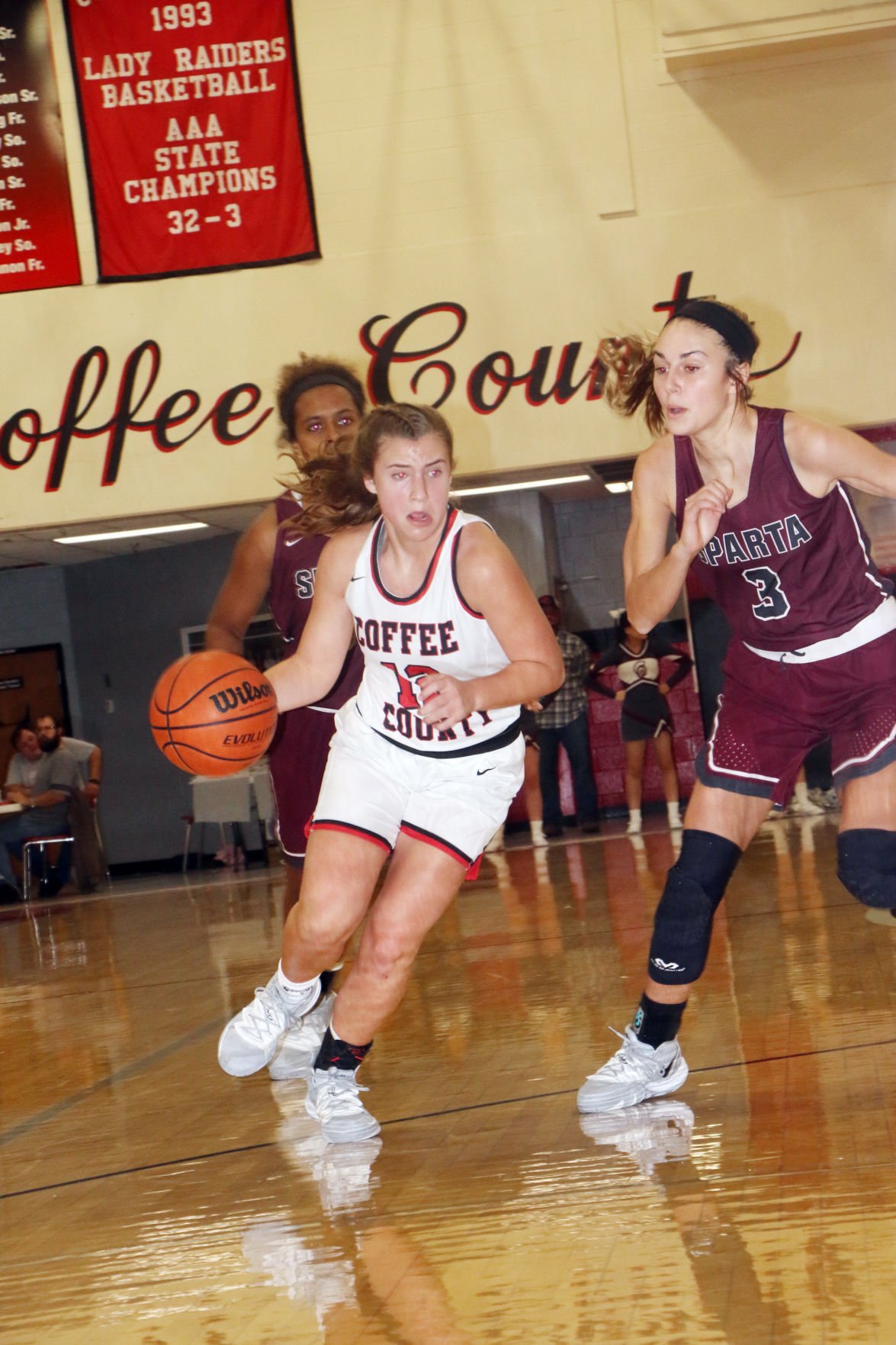 Jalie Ruehling goes to the rack against White County this past week. The Lady Raiders fell just short after a fourth quarter swoon costs them the victory and their first loss of the season.

Jalie Ruehling goes to the rack against White County this past week. The Lady Raiders fell just short after a fourth quarter swoon costs them the victory and their first loss of the season.

Holding a seven point lead in the final period, it appeared to be smooth sailing for the Lady Raiders to continue their undefeated opening to the 2019-20 campaign until the wheels came off, leaving the home-standing Coffee County girls on the wrong side of a 49-46 decision with White County.

A furious defensive-press by the Lady Warriors prompted several late Coffee County turnovers after the girls appeared to things well in-hand in the fourth. The inopportune ball handling errors were made even more glaring by a pair of missed in-bound attempts, both of which gave White County the ball under their own basket and both of which led to four-point swings in the game.

The Lady Raiders held the lead for much of the game leading up to the fourth quarter swoon. The Coffee County squad was paced in the early going by Ellie Graham who bucketed five points in the first to help her squad to an 11-10 advantage over the Sparta girls after one. She continued her leadership in the second as Coffee put some breathing room between themselves and their visitors. Graham had six in the second on the way to her team-high 20-point performance. The Lady Raiders led 24-21 going into the locker room.

It was more Graham after the break as she had nine points in the third to help expand the Lady Raider lead to 38-31 going into the home stretch. The Lady Warriors then began the fouling game, sending the hosts to the line where they went eight-for-13 with Bella Vinson going a perfect four-for-four from the charity stripe.

However, even as they were on the brink of putting the game away, tenacious pressure by the visitors opened the flood gates. The end result was a late run by the Lady Warriors that the Manchester girls couldn’t counter, leading to their first loss of the season.

Bella Vinson had eight in the loss while Kiya Ferrell contributed five and Jalie Ruehling four.

The Lady Raiders did well over the weekend, beating Huntland in Woodbury 52-30.