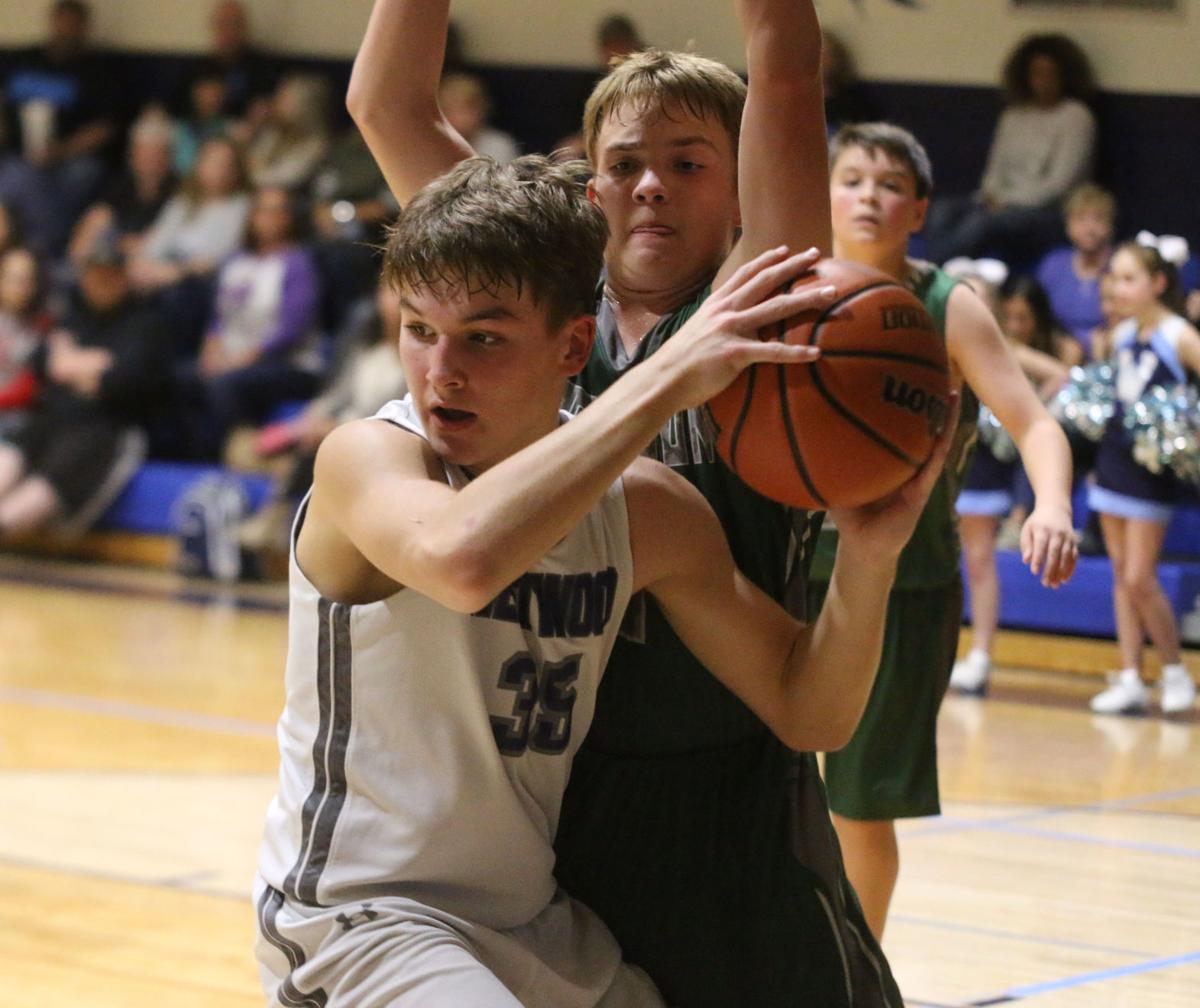 Jayden Carter protects the ball from Morrison defenders in the second half of Friday night's game. Carter carried a large bulk of the Rockets' offense, with 19 points. 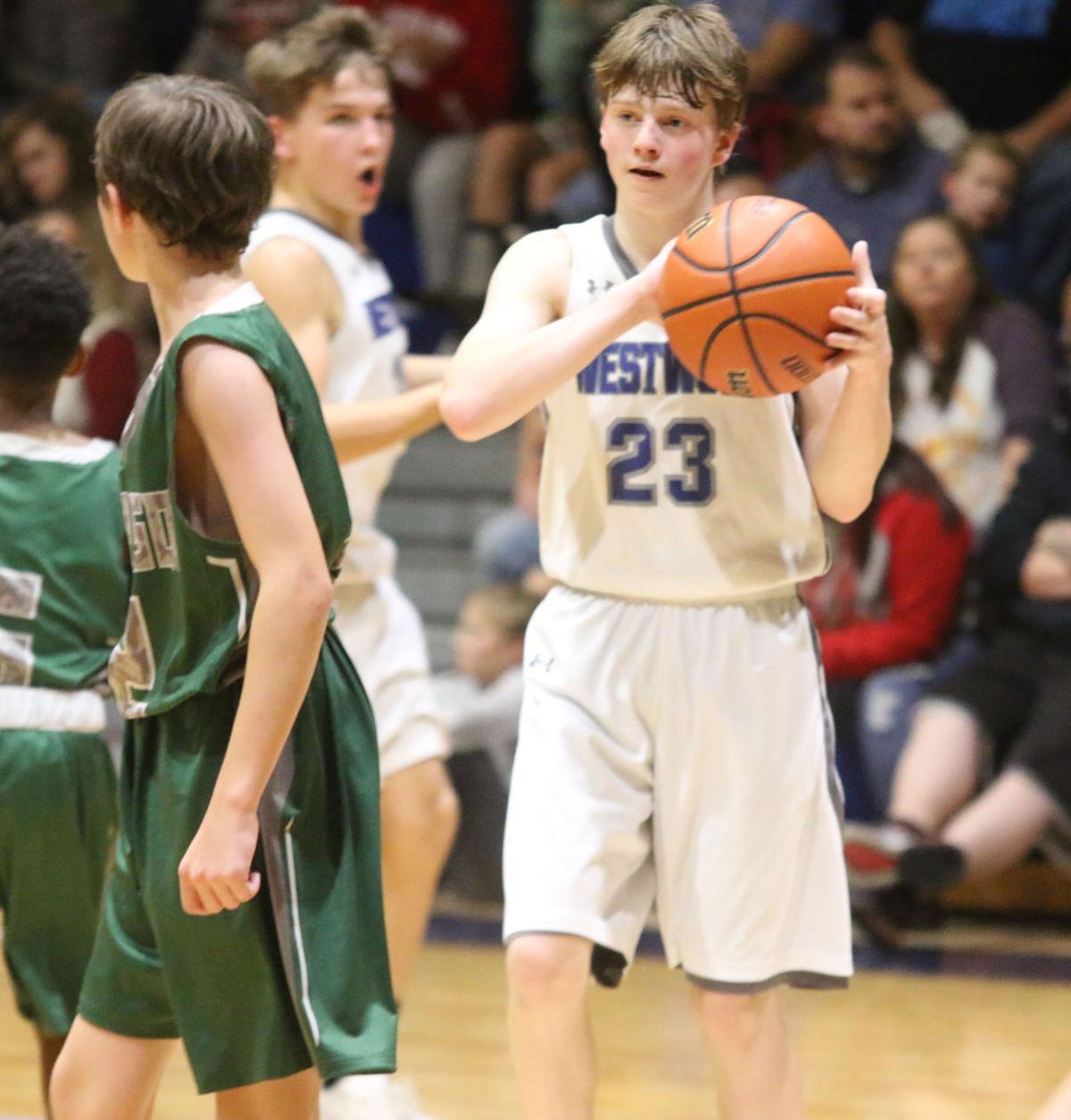 Skyler Stinson during Friday's game against Morrison. Stinson finished the evening with 10 points through the second, third and fourth quarters.

Jayden Carter protects the ball from Morrison defenders in the second half of Friday night's game. Carter carried a large bulk of the Rockets' offense, with 19 points.

Skyler Stinson during Friday's game against Morrison. Stinson finished the evening with 10 points through the second, third and fourth quarters.

With Westwood Middle School boys' basketball playing its first home game on Friday, November 8 against Morrison, Coach Will Pannell knew it would be a tough test for his undefeated squad.

After a slower start to the first quarter, the Rockets broke away over the game's remainder to defeat Morrison 41-15.

"Very pleased, very pleased. That's probably the best that we've performed all year," Pannell said. "We had a great practice [Thursday] night, focused on execution. I was very, very pleased."

In addition to the offensive work, Pannell also commended his team's defensive execution and ability to play aggressively without committing excessive fouls.

With the win, Westwood kept its undefeated regular-season record in check. The team's only loss so far this year came in the preseason against Centertown at the Morrison Ruritan Tournament.

"We knew we had some ability. My team's young, I don't have any eighth graders so the seventh graders I knew we were gonna have to progress quickly," Pannell said. "I knew the athleticism was there, it was just a matter of making sure they understood how things operated and making sure we were in the right spots at the right time."

The game opened with a tight first quarter that saw the Rockets lead 6-3. The Westwood offense was luckier in the second quarter with 14 more points. On the defensive end, the boys held Morrison to two points to lead 20-5 at halftime.

In the second half, the Rocket defense continued its stellar play, holding Morrison to 10 more points through the third and fourth quarters. Meanwhile, Westwood put up 21 through the same stretch to secure the blowout victory.

Jayden Carter continued his strong start to the season with 19 points. Skyler Stinson followed with 10. Dylen Trail netted five points, just ahead of Cayden Trail's four. Blake Hillis hit a field goal in the fourth quarter for two points. Caiden Warren closed it out with a free throw in the second quarter for one point.