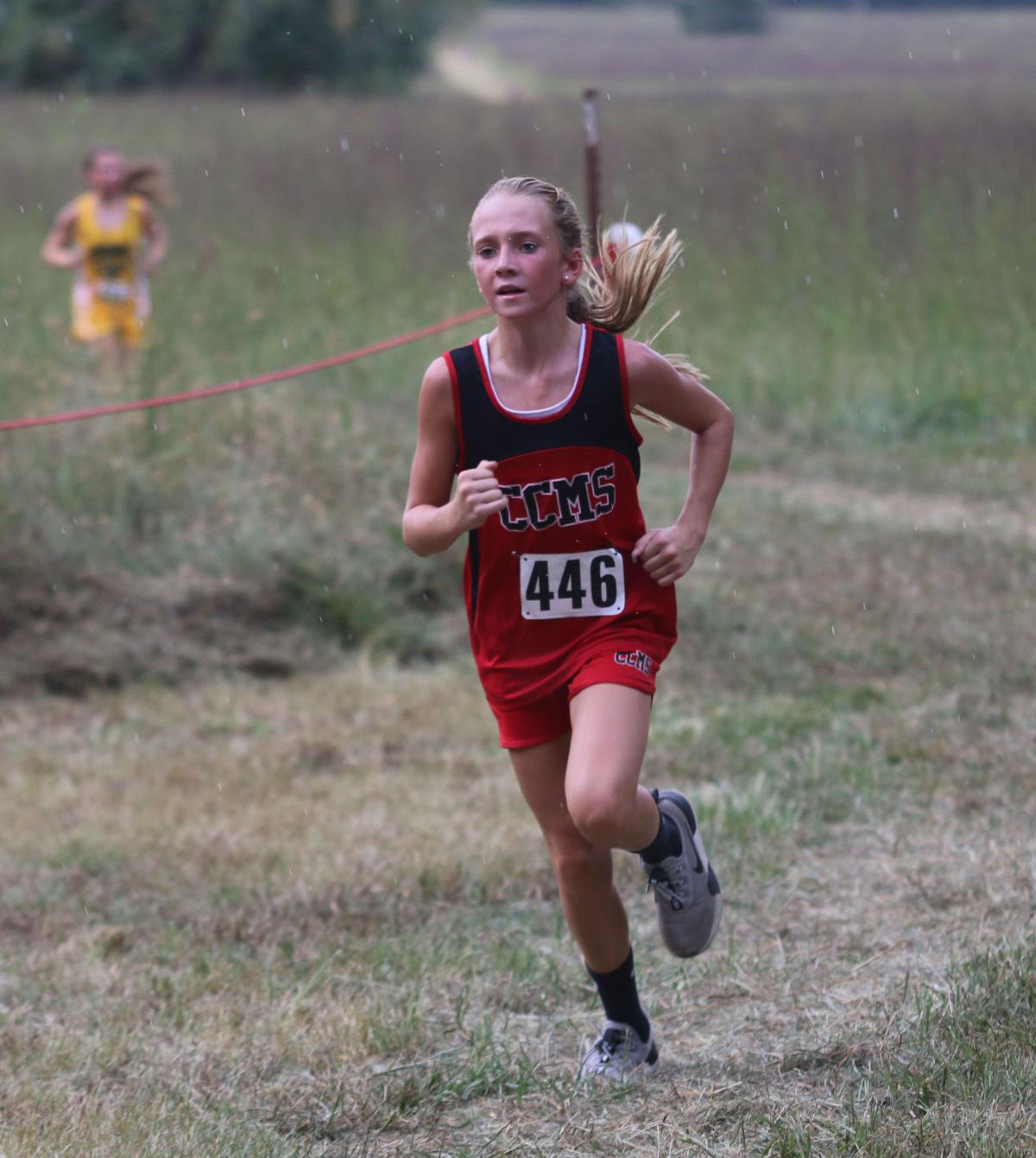 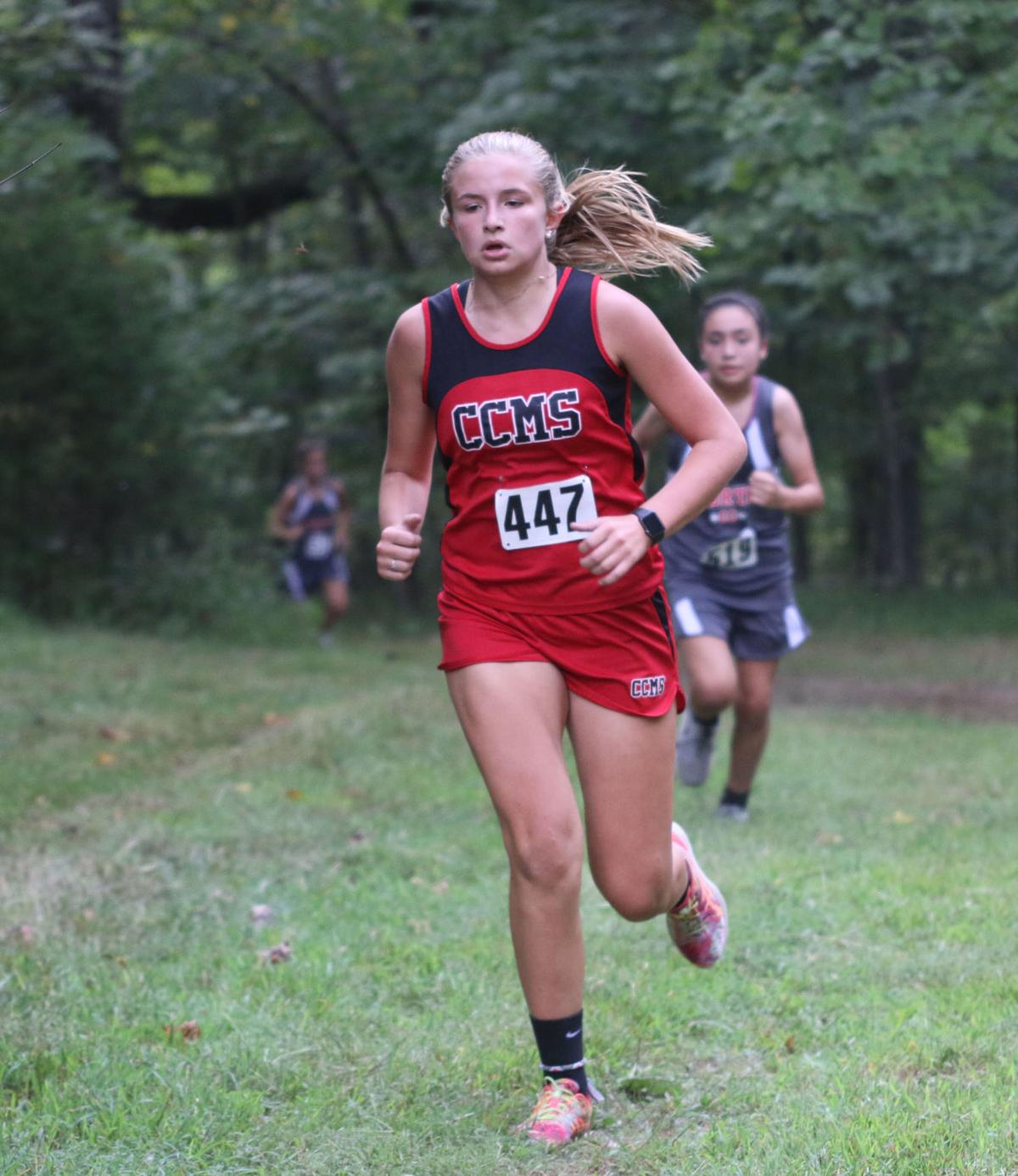 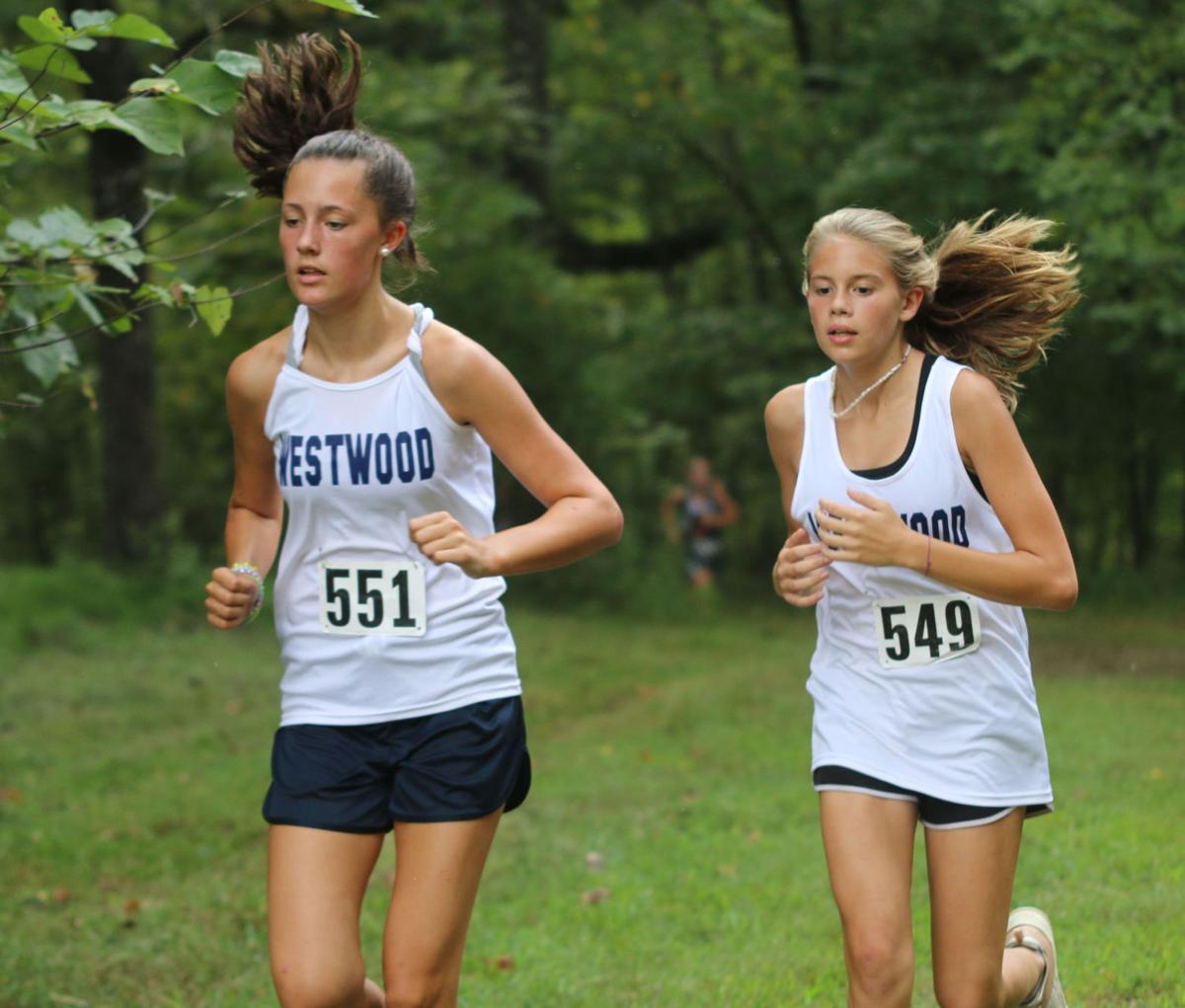 Kailee Rossman (551) and Ryleah McNamara (549) race neck-and-neck on Tuesday, September 10. The duo were Westwood's top finishers in the girls' race Monday at Huntland, with a second-place finish for Rossman and third for McNamara.

Kailee Rossman (551) and Ryleah McNamara (549) race neck-and-neck on Tuesday, September 10. The duo were Westwood's top finishers in the girls' race Monday at Huntland, with a second-place finish for Rossman and third for McNamara.

Central High School volleyball was back on the road on Tuesday, September 10, for match against the Shelbyville Golden Eaglettes. The Lady Raiders followed up on an earlier win over the district foe with a 3-0 match win.

CHS opened it up with a 25-15 win in the first set. The team again dominated Shelbyville in the second set to win 25-11. In the third set, the Lady Raiders held the Golden Eaglettes to single digits to win 25-8 and clinch the match.

At the service line, the Lady Raiders placed 94.5 percent of their serves in play with 12 aces. Amanda Mukai led the way with four. Mukai also led the team in assists with 11 of 22 total.

The girls recorded 25 kills, with 13 from Lexi Bryan. Sarah West led CHS in digs with three of the team's 12.

Central High School soccer returned home on Tuesday, September 10, to take on Lincoln County. After a long rain delay, the Lady Raiders got back on the pitch and battled to a 3-3 draw with the Lady Falcons.

The Lady Raiders got on the board 24 minutes in off a shot from Britny Hernandez, with an assist from Anna Amado. Three minutes later, Maddy Jones made it 2-0 off a free kick. Not long after, Lincoln County responded with a goal in the 29th minute to get on the board. This was the last goal of the first half and CHS took a 2-1 lead into the break.

In the second, Lincoln County tied it at 2-2 early on. Jenna Garretson put the Lady Raiders back on top in the 71st minute, with an assist from Katie Cotten. Three minutes later, the Lady Falcons hit the equalizer for the game's final score.

Coffee County Middle School football traveled to Winchester on Tuesday, September 10, to take on North Franklin. A three-touchdown fourth quarter from Cole Pippenger put the Red Raiders ahead for a 32-22 win.

After a CMS kickoff fumble set up a touchdown drive for the Gators, the Raiders responded late in the first quarter. An Ethan Hargrove interception put CMS up on the North 30-yard line and Jackson Shemwell ran 26 yards to the end zone. Shemwell's touchdown cut the Gator lead to 8-6.

In the second quarter, the Raiders took the lead off a pass from Shemwell to Hargrove to the end zone. The extra point made it a 13-8 CMS lead at halftime.

After North took a 16-13 lead in the third, Pippenger scored with 7:53 left in the fourth quarter. Already up on the Gators, Pippenger added another touchdown with under four minutes left to give the Raiders more breathing room.

North added one more touchdown, but Pippenger hit one more of his own before time expired to seal the win for CMS.

Westwood Middle School soccer hit the road on Tuesday, September 10, for a game against Liberty. The matchup was called after 30 minutes due to lightning, but the Lady Rockets returned to Manchester with a 1-1 draw.

The local high school and middle school cross country teams stayed at home on Tuesday, September 10, to host the MSCCA meet at Old Stone Fort Park. Due to lightning, only the middle school girls' race was completed.

Lady Raider Sophie McInturff led the individual results with a first-place finish at a time of 13:52. Greenlee Woods was next for CMS with a third-place finish at 15:04.

Westwood was led by Kailee Rossman in sixth place with a time of 15:50. Rylea McNamara followed for the Lady Rockets in seventh place at 16:08.