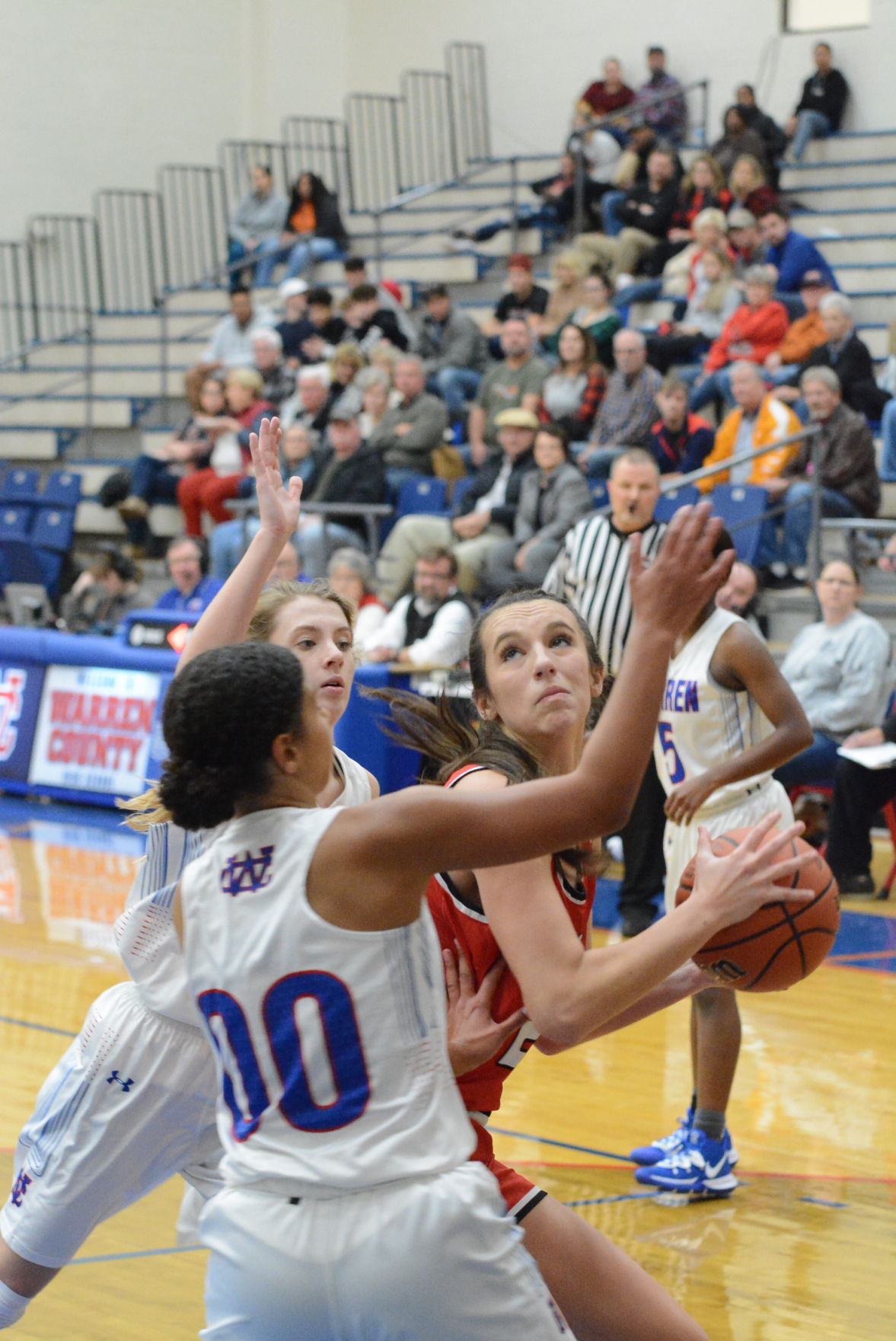 Bella Vinson goes inside to lead the Lady Raiders in a romp at Warren County this past week. 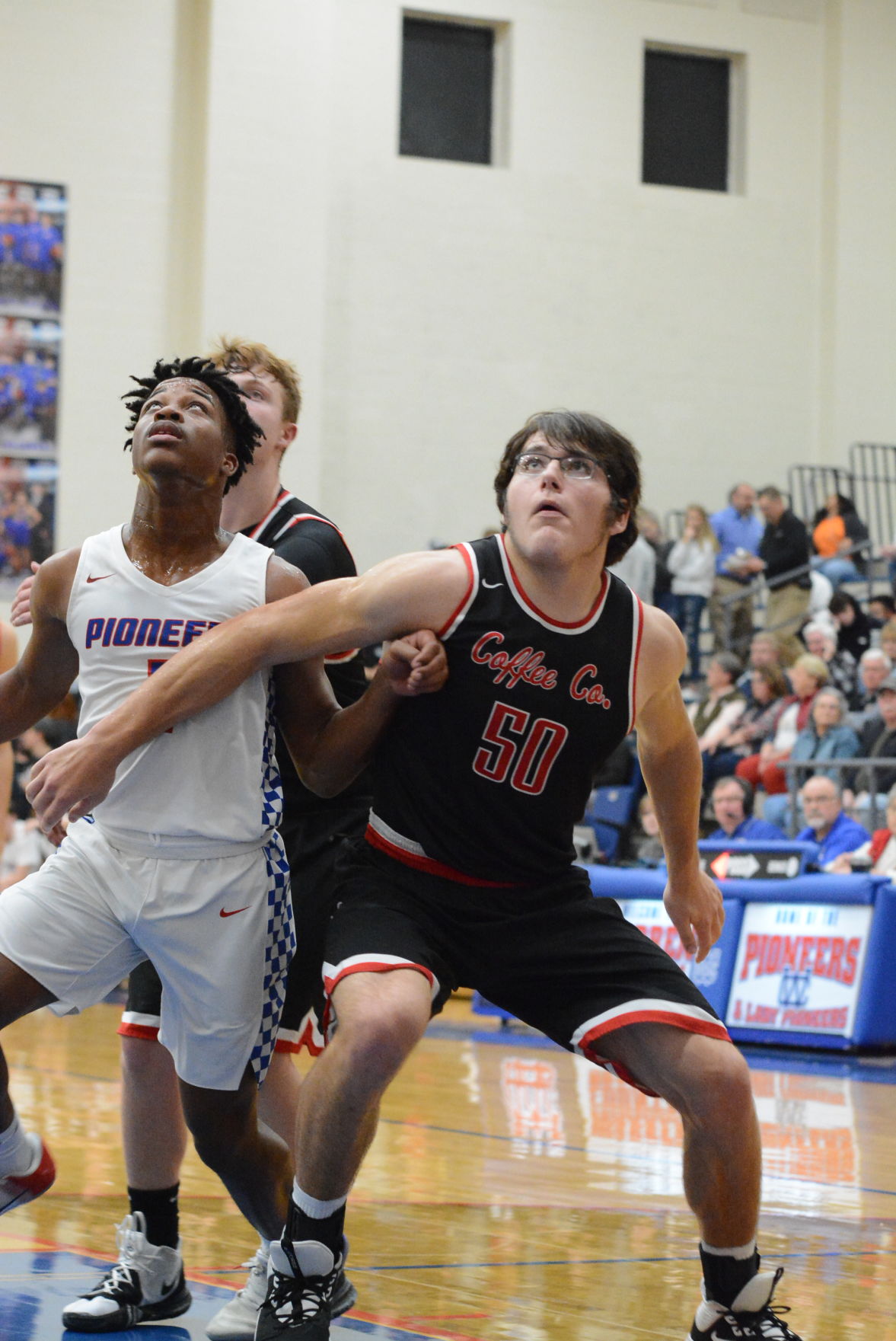 Collin Ward blocks out under the basket during the Raider game at Warren County this past week.

Bella Vinson goes inside to lead the Lady Raiders in a romp at Warren County this past week.

Collin Ward blocks out under the basket during the Raider game at Warren County this past week.

Vinson scored 28 points as the Coffee County Lady Raiders destroyed the Lady Pioneers 69-32 to move to 7-1 this season.

Warren County (0-7) had no answers for Vinson, whose all-around skill set was on display from the opening minute in the road win. Vinson owned the paint, finishing over Lady Pioneers with ease. She also routinely beat Lady Pioneers off the dribble, either getting to the rim for layups or setting up teammates for open looks.

When Vinson wasn’t controlling the game around the basket, she was showing her touch from the outside. The junior drained five 3-pointers on a light workload as she was able to watch the majority of fourth quarter from the bench.

Coffee County took control early, building an 18-4 lead by the end of the first quarter. Vinson scored her team’s first 12 points, hitting a pair of 3-pointers and getting layups off offensive rebounds and steals.

Vinson added two more triples in the second quarter when the Lady Raiders pushed ahead 31-10 by halftime.

Before becoming a spectator, Vinson added 10 more points in the third quarter. When she took a seat at the end of the period, she had personally outscored the Lady Pioneers 28-18.

The mercy rule went into effect at the start of the fourth with Coffee County ahead 57-18.

The Lady Raiders cruised to their seventh victory in eight games as the final eight minutes rushed off the clock.

Jenna Garrettson added 11 points in the victory, followed by 10 from Elli Chumley. Also scoring for Coffee County was Jalie Ruehling with eight, Chloe Gannon with six, Ellie Graham with two and Morgan Jones and Emma Fulks scoring one each.

In the boys matchup, the Red Raiders couldn’t keep up with the hot shooting from the outside by the Pioneers in a 67-49 loss.

Warren County drained 11 3-pointers as it led wire-to-wire to hand the Coffee County boys its second loss in seven games.

CJ Anthony did his best to buoy the Red Raider offense, scoring a team-high 16 points. Coffee County never could dig out of a hole it dug in the second quarter though, when the Pioneers outscored the visitors 23-10 to build a 32-19 halftime lead.