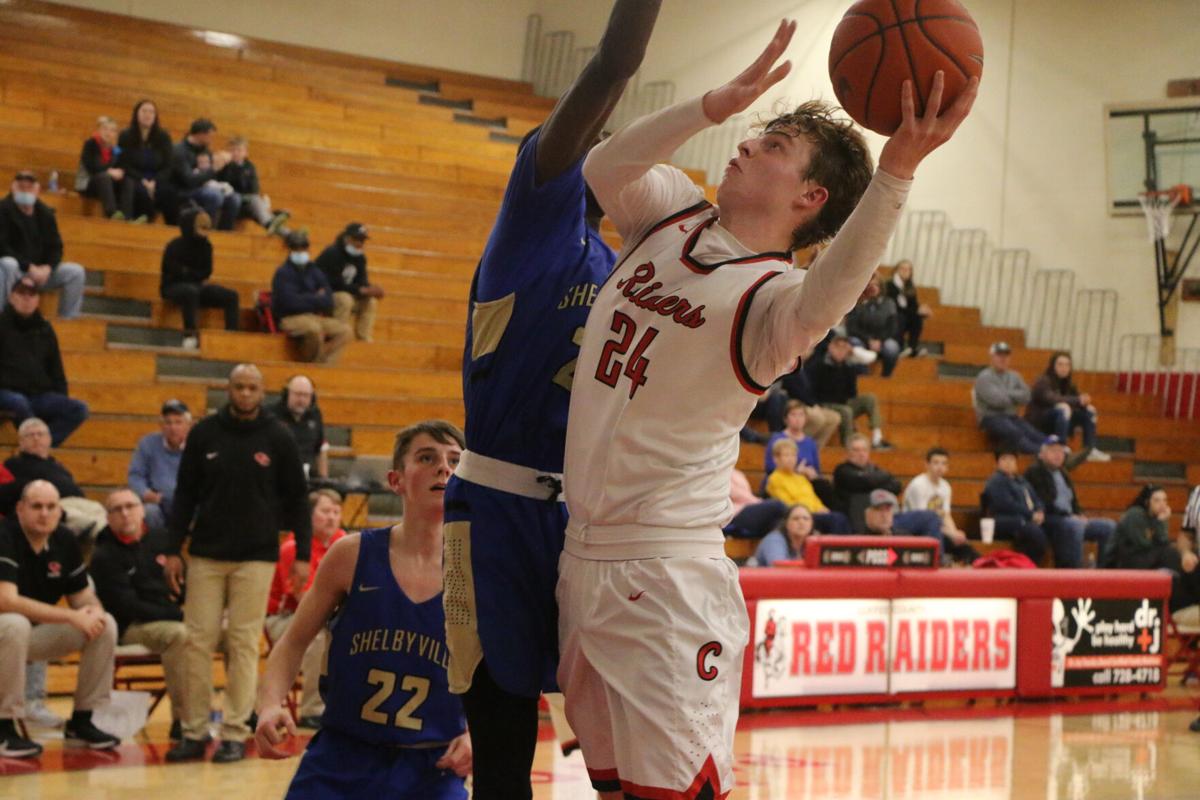 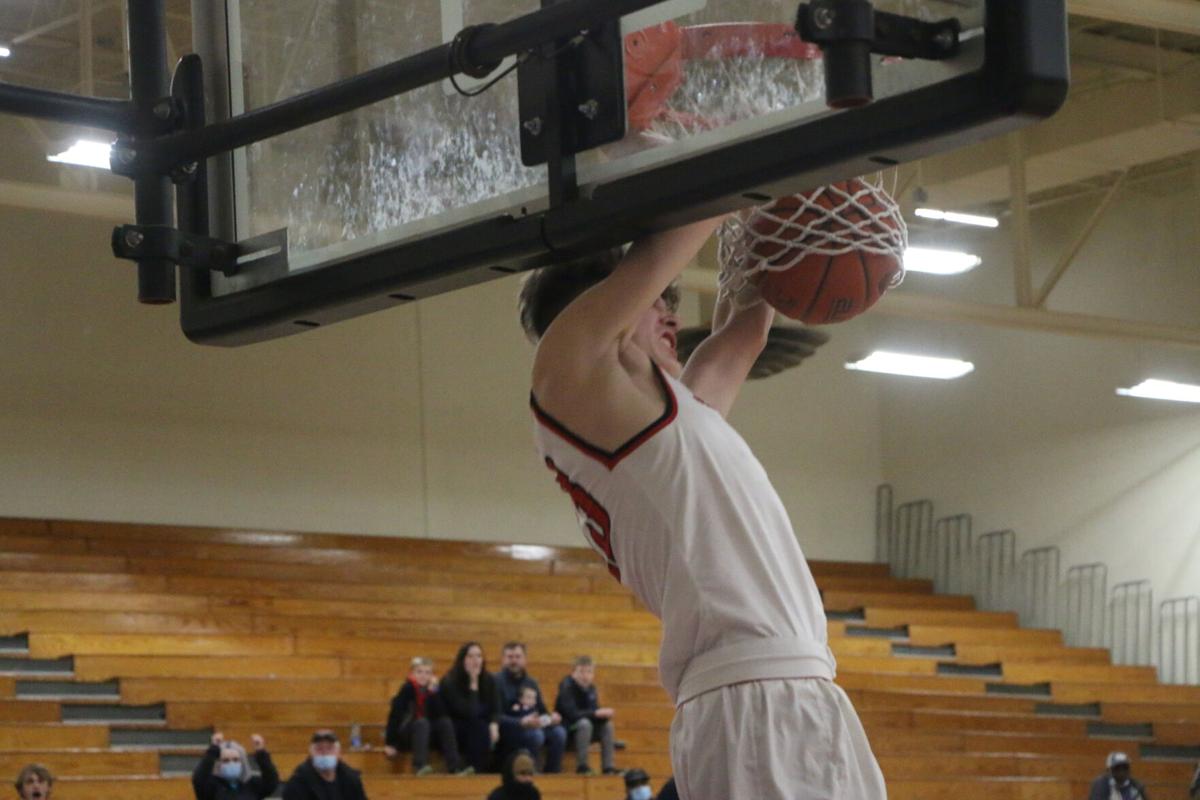 Senior Trenton Scrivnor hangs on the rim after his second dunk of the night against Shelbyville.

Senior Trenton Scrivnor hangs on the rim after his second dunk of the night against Shelbyville.

The Red Raiders exploded to a massive lead in the second quarter against visiting Shelbyville on Jan. 29.

Both Shelbyville and Coffee County scored 13 points in the opening quarter as Kyle Farless, Conner Shemwell, and Trenton Scrivnor flexed their offensive muscle. In Scrivnor’s case the big man punctuated his dominance down low with multiple dunks to a roar of Coffee County fans.

The second quarter was all Coffee County however as the Red Raiders put up a blistering 24 points in the quarter. Scrivnor was once again in the spotlight as he scored nine points while battling down low. Shemwell was right on Scrivnor’s heels however with seven points including a three pointer. The 11 point halftime lead that the Red Raiders gave themselves expanded after halftime as the hot-handed Red Raiders didn’t cool off at all. While the Red Raiders didn’t score 24 points coming out of halftime the team did score 21 points to Shelbyville’s nine.

The massive lead led to a mop up fourth quarter as multiple Red Raiders got minutes in the game. Those Raiders that entered the game contributed to final score by way of seven points spread out over three players. Dayne Crosslin added four points, Brady Nugent with two, and Brady Vaughn with one on the way to a 65-49 win.

The leading scorer for Coffee County was Shemwell with 19 followed by Scrivnor with 15, Kyle Farless and Hayden Hullett with ten, and Jaxon Vaughn with three.